Brittney Griner's 9-year sentence in Russia after she was caught with two cartridges of marijuana and a pen while entering the country. The case has been extended since February as Griner hasn't been able to meet her wife since then. 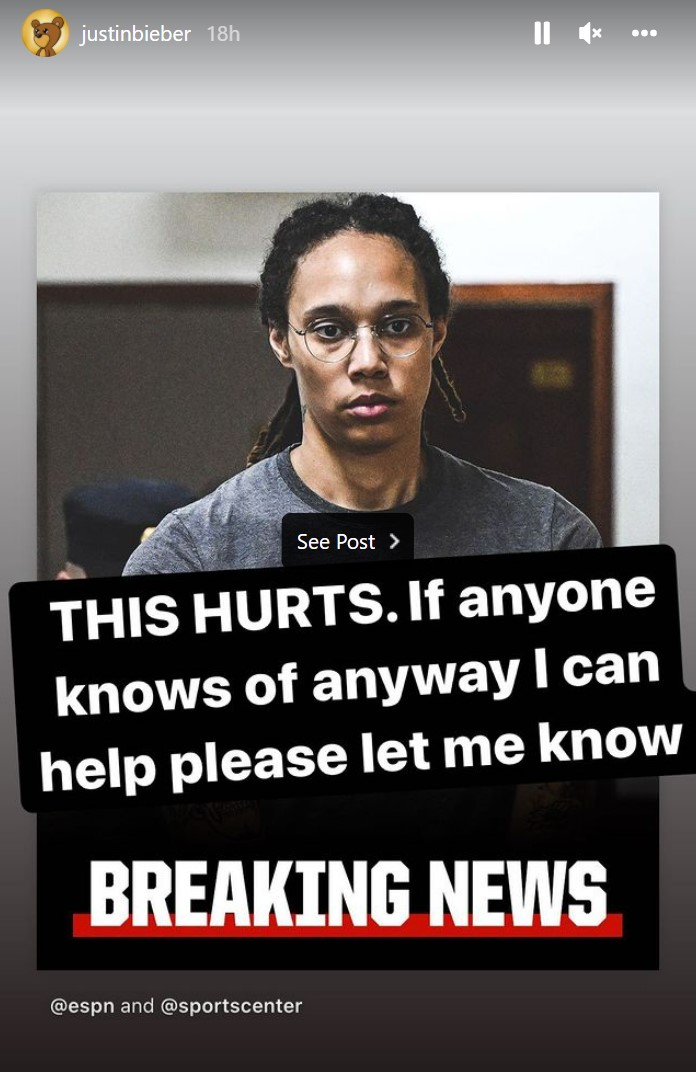 Justin Bieber expressed his anger at the sentence on his Instagram Story, resharing and writing, "This hurts. If anyone knows of anyway I can help please let me know."

Following Bieber, Mia Farrow also spoke out regarding the "heartbreaking verdict and tweeted out, "The Russian judge ignored everything Britney Griner had stated. He sentenced her to 9 years in a "penal colony". For carrying 2 vaping cartridges - medically prescribed. Damn. Heartbreaking."

They are just among many celebrities who are against the Iron Curtain's verdict on the WNBA star. However, these are among those who were against the verdict - on the other side of the camp are people who said it was "nothing political" as she brought into the country substances that are considered illegal. 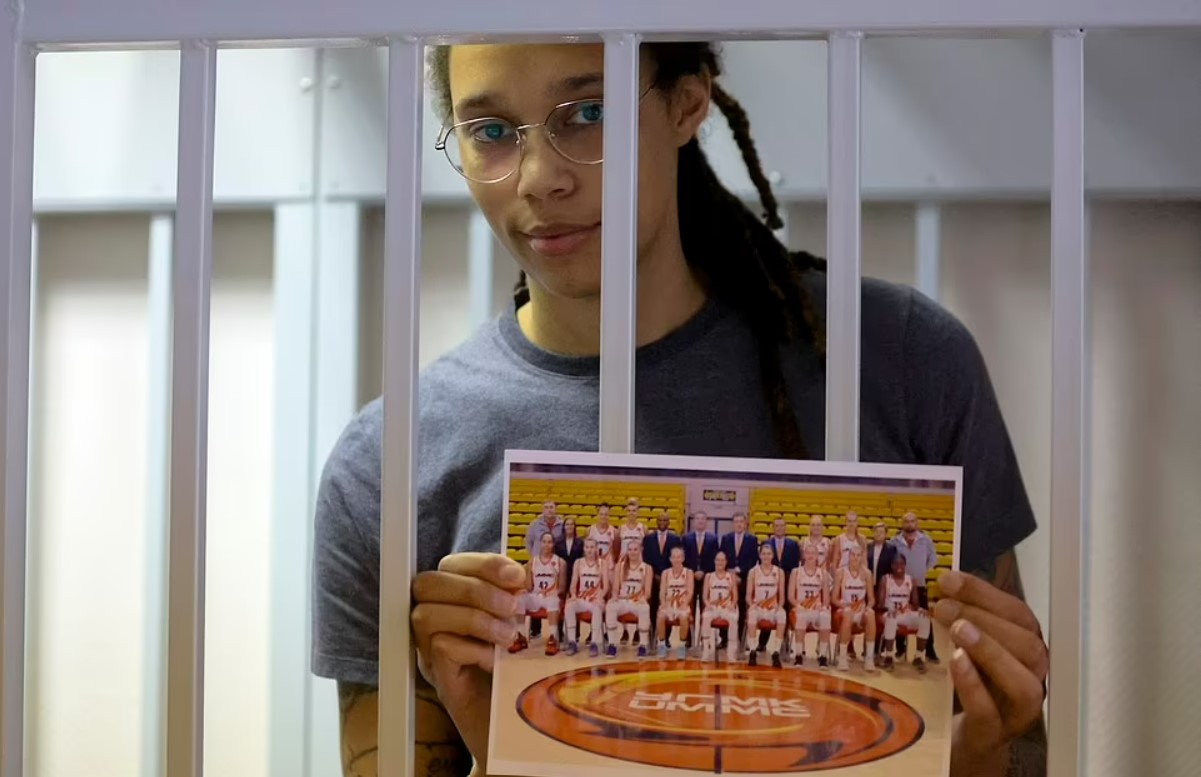 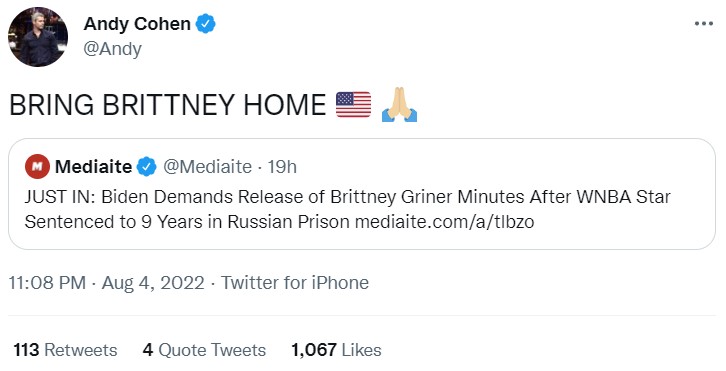 Viola Davis has also spoken up, in shock after hearing about the verdict. She posted on Instagram, "No words. The scales of justice just broke down. In 9 years she will not even be able to go back to basketball...for a VAPE!!!!! #FreeBrittneyGriner."

On Twitter, she wrote, "We want you home Brittney! Where you should be. Where you deserve to be. I stand in solidarity."

But others agreed with comedian Tim Young's opinion, who reminded people that marijuana was illegal in Russia, and Brittney Griner was arrested because of that.

The maximum sentence for carrying the illegal substance is 10 years and the prosecutors had asked for a nine-and-a-half years sentence. The 31-year-old basketball player was arrested back in February at the airport in Moscow. Attempt to renegotiate things and bring her home has failed since then. 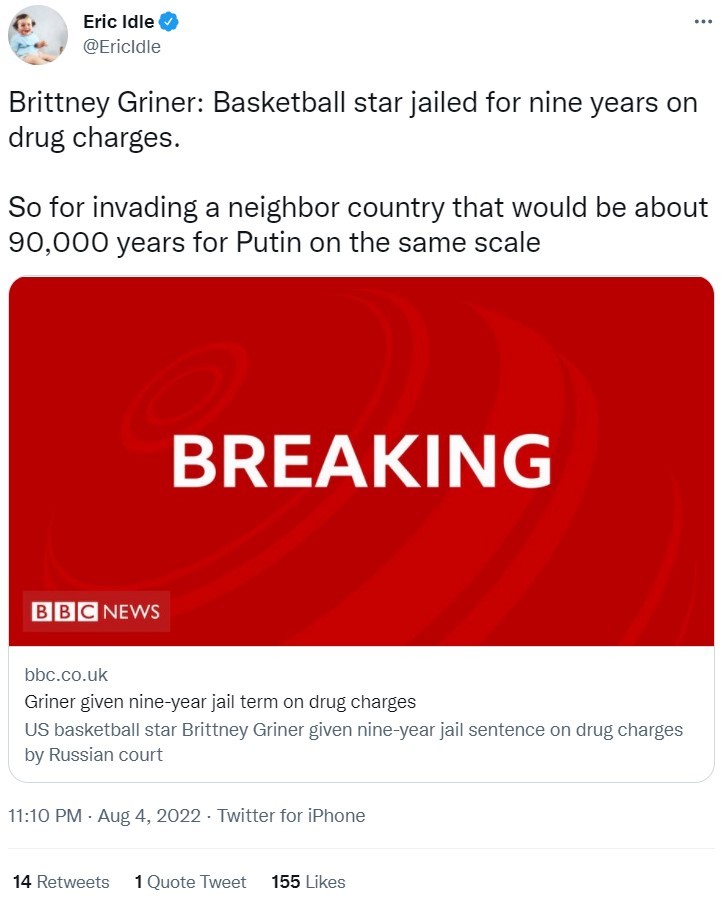 Griner called what she did a "honest mistake" and begged to not be made a political pawn amidst political tension since Russia's invasion.

Brittney Griner is a hostage. This is kidnapping, sanctioned by Putin's government. https://t.co/NaYU8MQbLJ

— Greg Olear The basketball player spoke, "Russia became my second home. I remember vividly coming out of the gym and all the little girls coming out and waiting on me. That's what kept making me come back here. I want to apologize to my teammates, my club and the city for my mistake that I made and the embarrassment that I brought."

"I want to also apologize to my parents, my siblings, Phoenix Mercury, the amazing women of the WNBA and my amazing spouse back at home."

"I had no intent on breaking Russian law. I did not conspire or plan to commit this crime. I hope you can take into account all the documents, the character lists that have been sent in on my behalf."

"This is my second home. All I wanted to do was win championships and make them proud,' she said. The State Department had been in talks to secure Griner's release as part of a deal that would also bring imprisoned American Paul Whelan home." 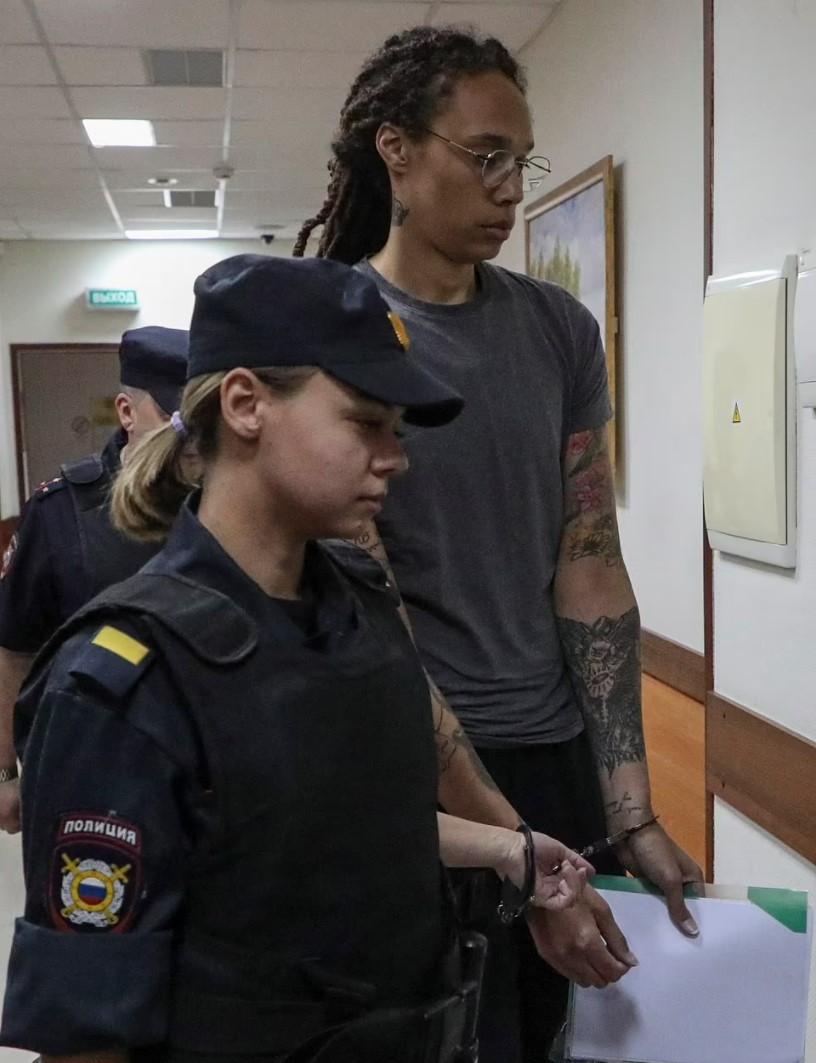 Griner's side of the story was that she never intended to bring the canisters with her. She spoke, "I still don't understand how they ended up in my bag." 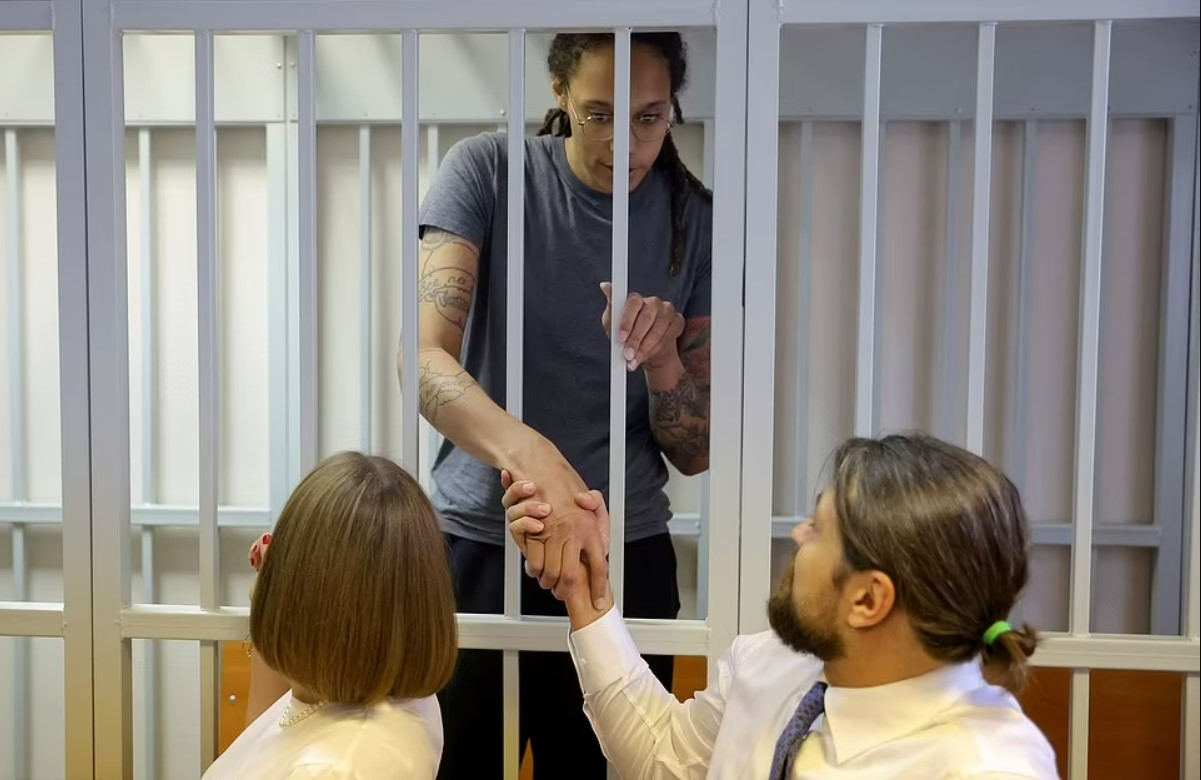