The high-profile defamation lawsuit between two formerly married A-listers saw Amber Heard lose a total of $8.35 million incurred as compensatory damages for Johnny Depp. Heard, who has yet to pay off the amount, was set to appeal for the jury's verdict in the future as her lawyer, Elaine Bredehoft, mentioned that she "absolutely" cannot pay the full amount the day after the verdict was given.

Not long after, a GoFundMe page was started by her fans meant to send monetary help for the actress to pay off the compensation.

The page set a $1 million goal and was set up by a user under the name Kimberly Moore, describing how "social media protected the abuser" and the verdict that ruled Depp in favor "further that abuse."

But it was short-lived, as the page was soon shut down by GoFundMe for the simple reason it was not started by nor under the knowledge of Heard and her team. 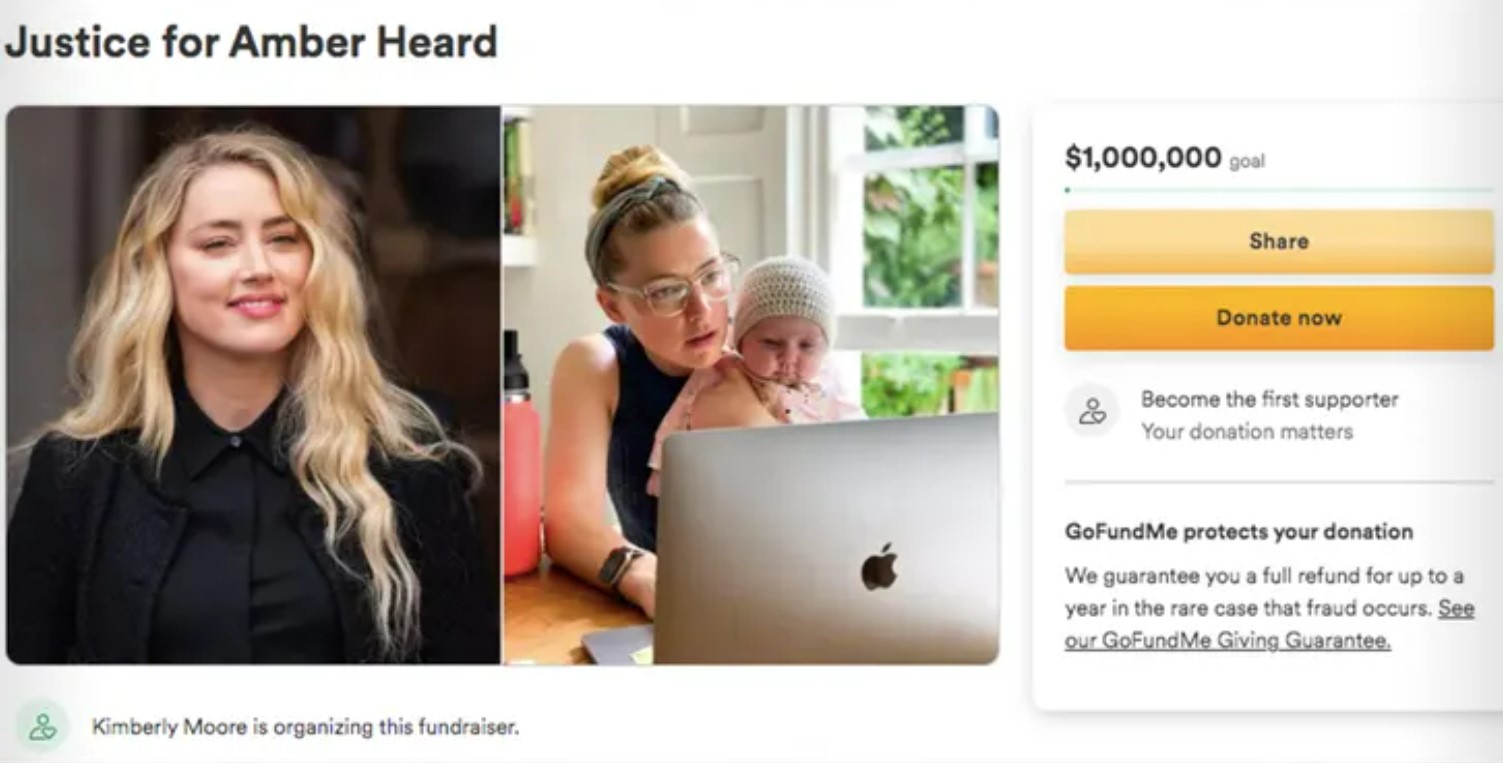 As reported by TMZ, GoFundMe's spokesperson informed that the page had been closed "before a substantial amount of money was raised."

The user who started the fundraising explained in the description, "I believe Amber, and social media protected the abuser. The judgment exceeds her net worth. It's so sad that he was able to get away with the abuse. The judgment furthers that abuse. If you can please help her."

Heard, who's been said to be unable to afford the amount, also has not fulfilled her "pledge" to donate $7 million to the ACLU and Children's Hospital.

Heard penned her disappointment in losing the case, believing that it was a "setback" to a "woman who spoke up."

The trial that went on for six weeks had the jury convinced that her op-ed for Washington Post was rightfully deemed as defamatory and written "with malicious intentions."

The initial $5 million in punitive damages that were awarded to Depp was lowered to $350,000 by the residing Judge Penney Azcarate, plus she was awarded $2 million as Depp's lawyer was proven to have defamed her as well. But on top of this all was the $10 million in damages granted to Depp.

This means she has $8.35 million to pay out, and while she requests for appeal, the total amount will have to post the damages bond plus interest. We'll see what Heard's next move would be.