Having a family is probably the best thing in the world and obviously, there is nothing more important than a family. They will be there to support you in your good and bad and will be your best critic. When there are so many bad things going around all you need is your family to support and to make you feel that you are loved. But unfortunately, there are so many kids all around who don't know what a family is and never got a chance to experience the feeling of a loving family while they were growing up.

Growing up with a parent or family where a child is abused or is made feel that he/she is not needed can scar them for life. It can leave them with life long depression or even worse. This is the reason why foster parents should be given a chance to adapt to make a kid's life better and give them the love and care they deserve.

Recently, the Internet was in awe after two fathers shared an adorable picture online 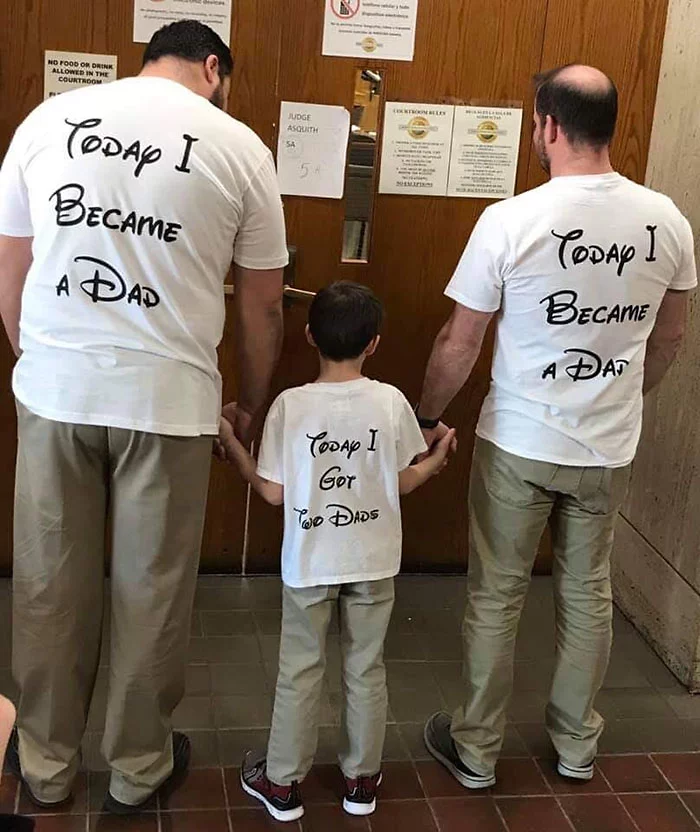 News Portal has contacted two new parents to tell us more about their obstacles while adopting a child. “Gregg and I met in October of 2012 and our first date was dinner and a movie. After about 3 months of dating, I moved to Rhode Island to live with Gregg in his house. Over the course of the next few months, we talked about how much we both wanted a child and fatherhood, both incredibly nervous if we had what it took to be parents. We talked about surrogacy at length. We did a little research into the process and discovered it was 75-150 thousand for the full process. We both decided that instead of doing that, we could take that same money and make one kid’s life amazing.”

As we all can expect, the adoption process was definitely not easy 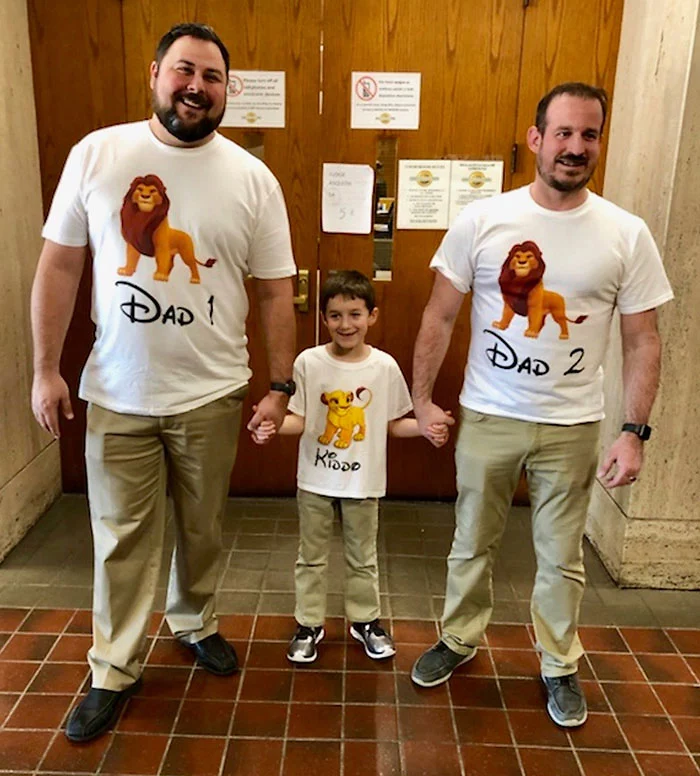 “We found out that Rhode Island was running a pilot program called Become an Anchor. It was a fast-forward track for people wishing to foster/adopt. On one weekend, we would be able to complete all the required classes for fostering. It was brutal! We started on a Friday night, checked into a hotel in Providence, and us as well as 300 other people were in classes for 6 hours – Friday night, 12 hours – Saturday and 8 hours – Sunday. We learned everything we could about state laws, the process, the support structures, etc. We laughed, we cried a lot listening to other kids’ stories, and we met some amazing people. After that, we scheduled our fire and home inspections and chose a foster agency to work with. After what seemed like a mountain of paperwork and hurdles, we were finally cleared for fostering.”

According to the family, the most difficult obstacle was choosing 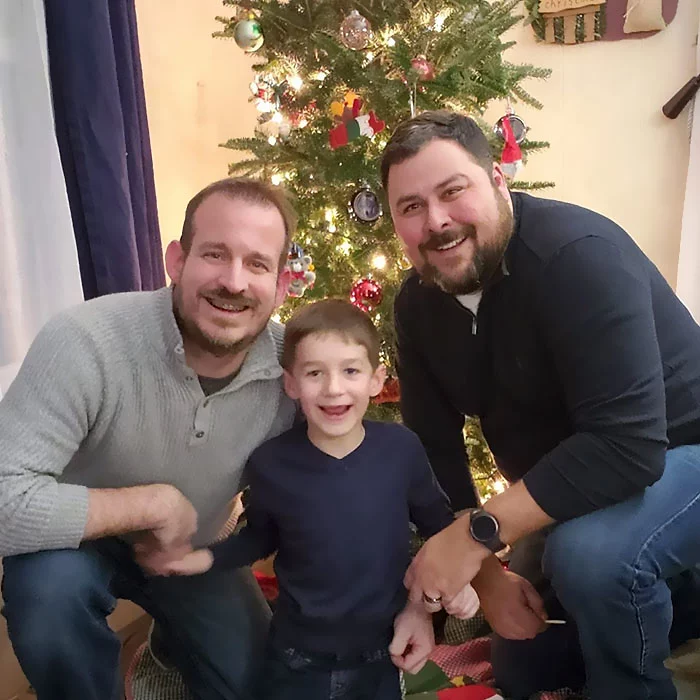 Paul told the news portal that what was rather unsettling for them was the fact that the agency paired them with 5 children they believed were the most suitable for their family and told them to choose. “We felt surreal being faced with choices like we were picking out a dog or a cat. It was a little unsettling to think this is how it worked.” 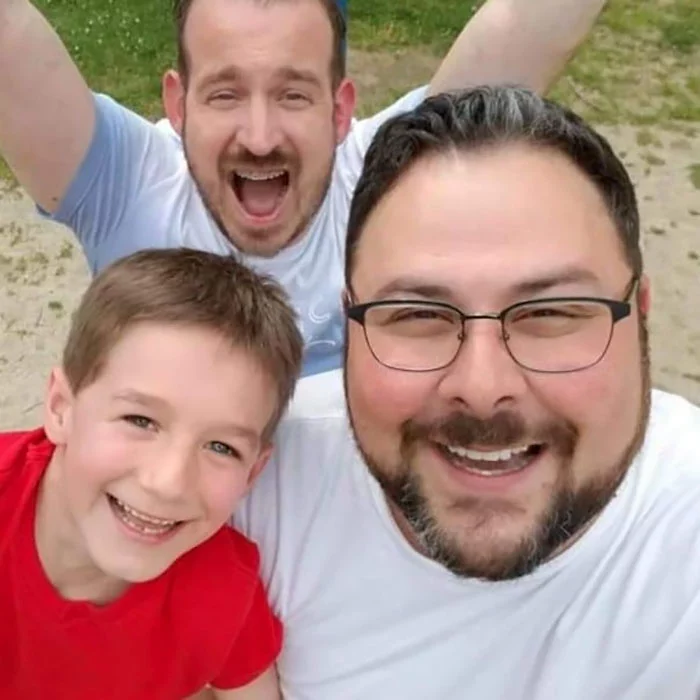 “The first child was Gavin. He had a rough history of abuse across the gambit of types. He has ADHD, ODD, and PTSD. We were told right up front that he would be the most difficult child and would require the most time, attention, and patience. We were then presented with all the minimum facts of the remaining children. Even now, I don’t think we could tell you what it was. Something about Gavin’s story spoke to me, got stuck in my head and I couldn’t get it out.” 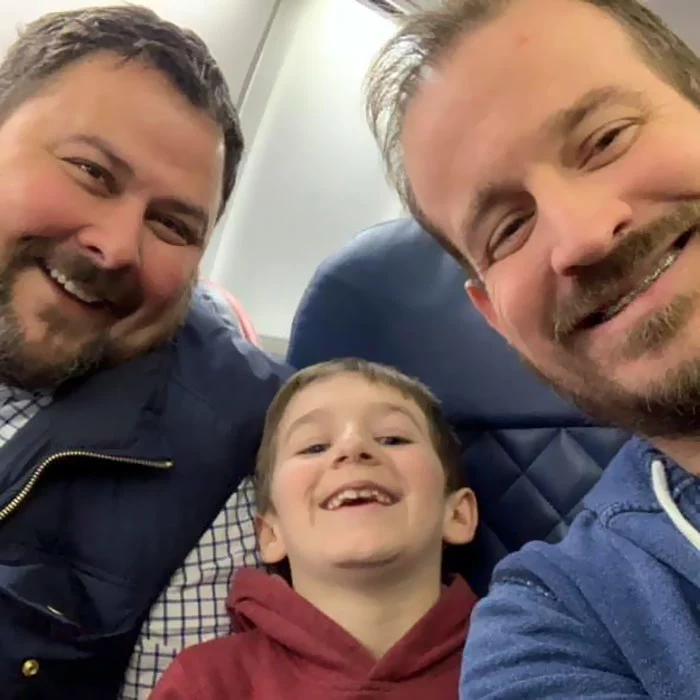 Paul says he was shocked by all the positive comments they received, “Shocked, Enamored, Humbled and proud. We had the shirts made because we thought they were funny and sweet. We had several family and friends show up for the adoption and we were going to Disney right after, so we figured why not have a little fun.

I never in a million years would have thought it would have any attention and never expected it to go beyond our circle of friends. We have had our fair share of strange comments, hateful hurtful things ranging from he won’t grow up normal, he’s going to be picked on, and downright disturbing posts I won’t repeat. Nothing would change what we are doing and have done in this regard and I take a lot of love in thinking that perhaps some kid out there who is struggling with his/her sexuality or has same-sex parents sees this as something that is possible, something that is acceptable and nothing to be ashamed of.”

Now, according to Paul, their son is “over the moon happy” and so are people online after seeing their photo 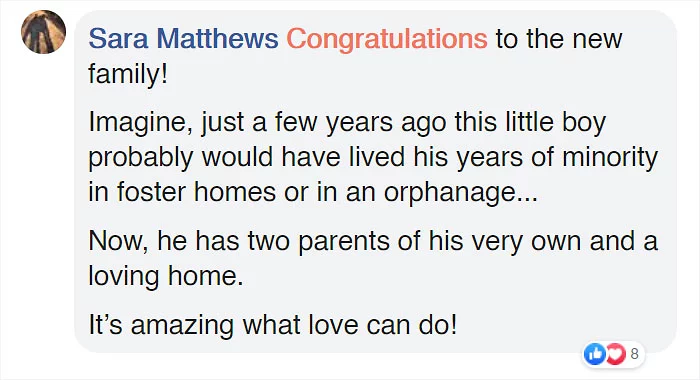