Everyone knows Mia Khalifa, mostly for a past career choice that she's now desperate to remove and move on from. She's embraced that as part of her life, at the same time, proven by how she's been bonding with a married woman who was disappointed in her new husband for recognizing her.

That woman was Lya Mariella, a newlywed woman who was on a honeymoon in Paris. There, they spotted Mia Khalifa who's now a sports commentator. 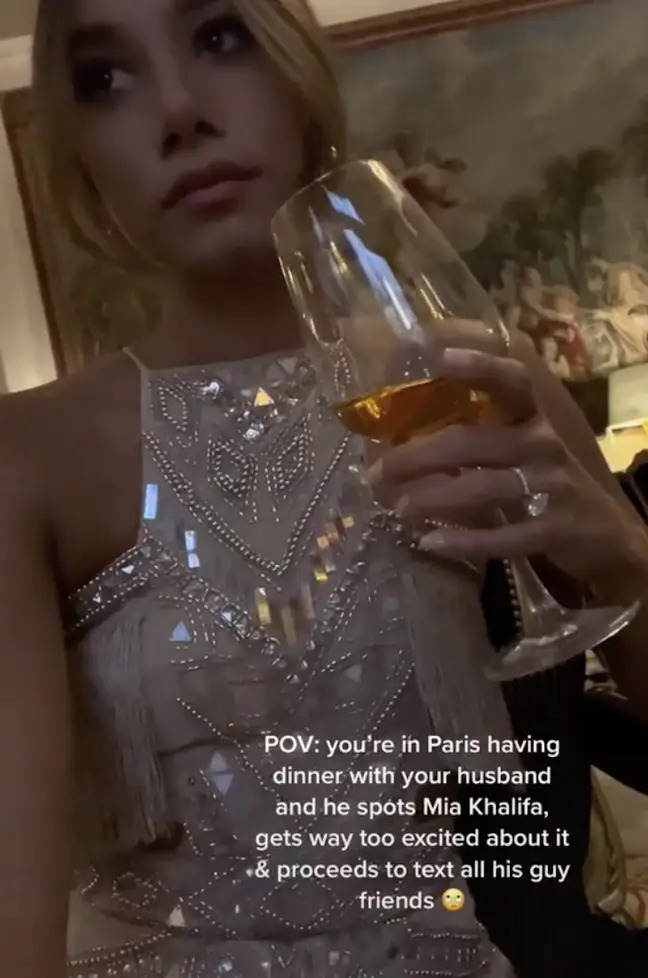 With a rolling-eye emoji, she uploaded the viral clip that's been watched 3 million times with a pissy expression as she downed a glass of wine. She used the hashtag #miakhalifa and it was noticed by the woman in question herself.

A post shared by LYA | Life, Then Style (@lyamariella)

Mia replied on the viral post herself, "Girl my man was on his phone the whole time, I say we throw them all away and go shopping tomorrow."

Lya loved the idea and told her, "I’m currently at Hermes across the street, feel free to meet me here."

"Good, he owes you a Birkin," Mia declared. And while this is all happy banter, it may not necessarily be a joke when it comes to rich people because Lya did get a handbag as an apology. 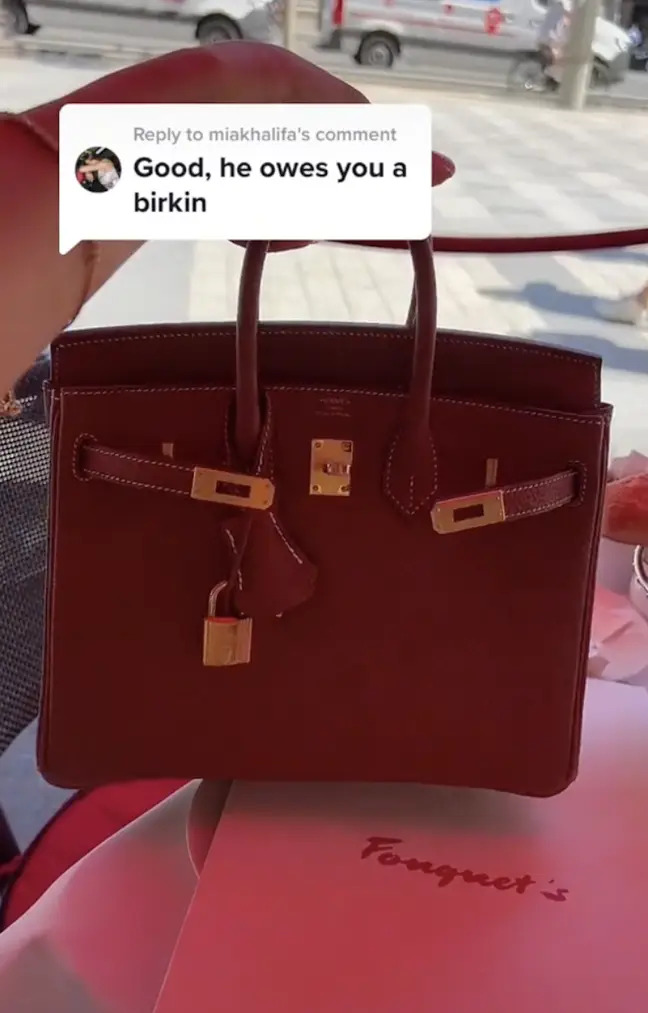 The husband moved fast because it took only hours for her to upload another video of Lya holding a red Hermes bag as she showed it off.

A post shared by LYA | Life, Then Style (@lyamariella)

But wait! We can't forget about their promise to meet up. Lya actually did meet her again later. Mia spoke in the video, "I'm here at the christening of the Birkin... we're not going to dunk it in water because we don't do that to a Birkin." 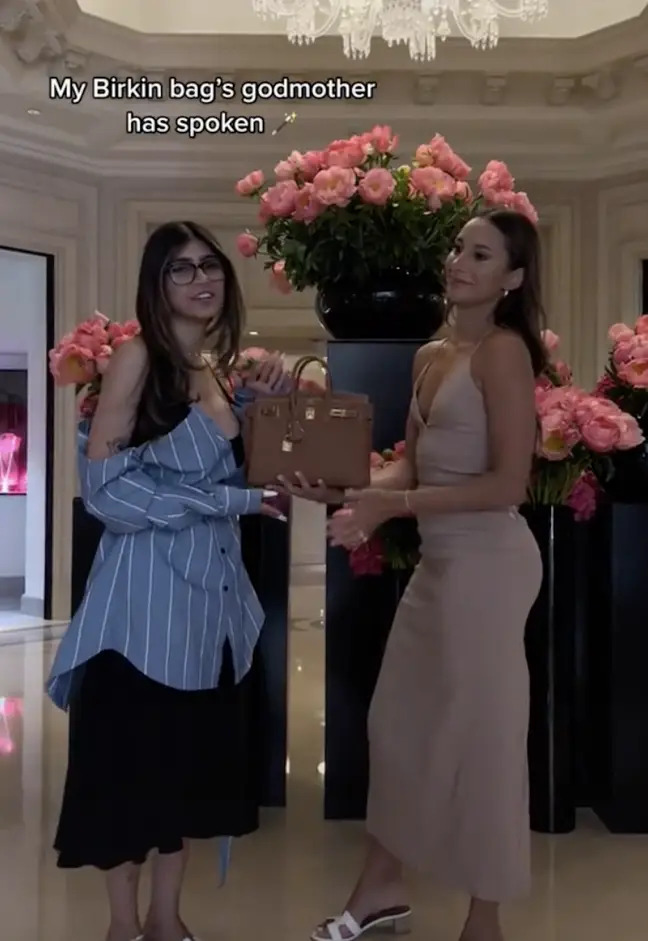 "This was the best meeting ever, and also her husband that we were talking s**t about is the one filming this right now," they laughed out loud. Lya chimed in, "What a time to be alive."

"This influencer staying at my hotel in Paris posted a TikTok feeling bad cause her man was excited to see me walk by at dinner last night, and this morning he bought her a Birkin to make up for it. A *BIRKIN*!!" Mia shared excitedly on Twitter along with screenshots from Lya's videos. 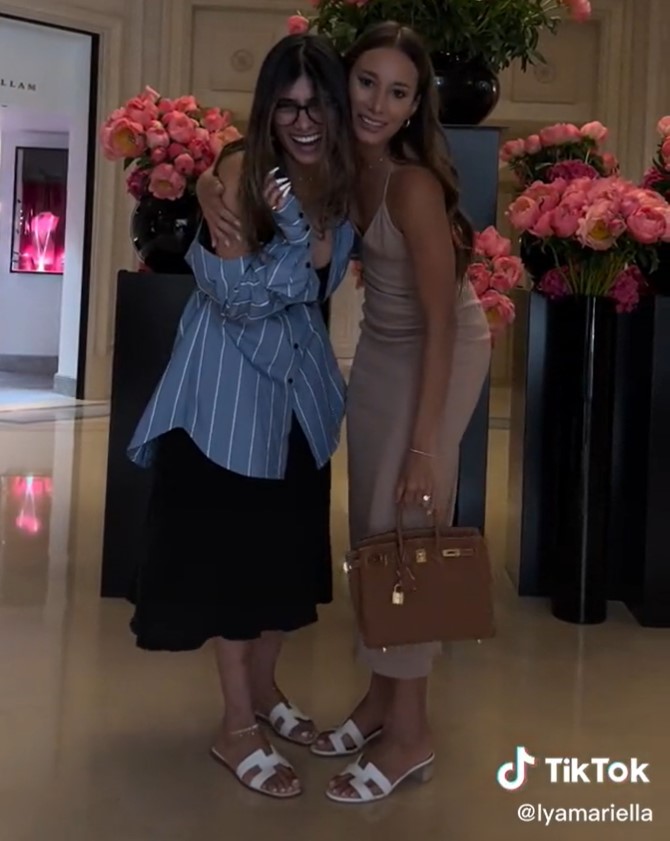 Mia also shared a skit of Lya's short incident in Paris with the caption, "When you're about to cuss him out for recognizing Mia Khalifa, but he hits you with the uno reverse: Birkin edition."

If you're wondering if this had someone affected the couple, guess what: the two appeared having an absolute blast during the rest of their stay. Plus, it was Lya's first time in Paris, and she continued making funny clips from their journey.

The two quickly hit it as friendship blooms between them thanks to the husband's (unfortunate) blunder!