A viral TikTok video had got viewers angered as the woman filmed was pouring drugs into her boyfriend's drink to make him last longer in bed. The clip was shared by DJ Chose, a TikTok user who often reshares popular clips on their page. It wasn't clear who's the woman in the clip, but the responses had been negative.

The user captioned her video, "When you need yo lil minute man to go rounds tonight." 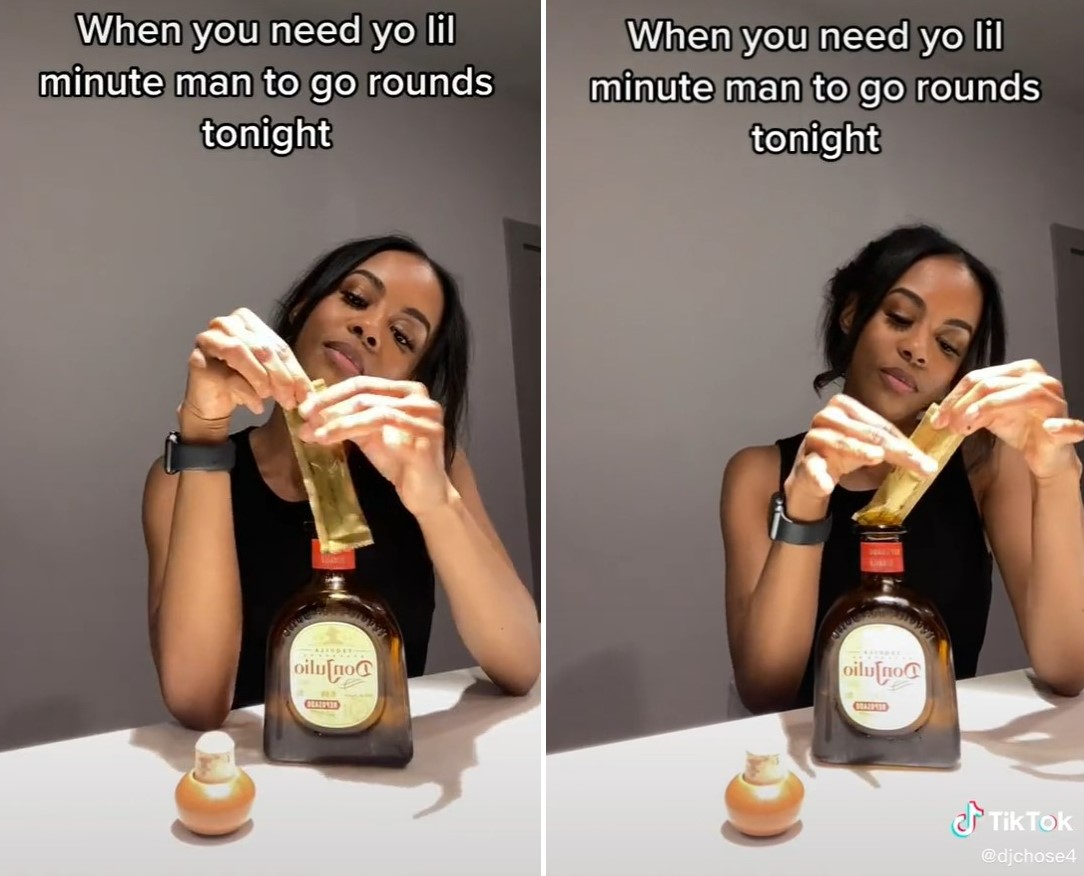 She was holding a pack of what could be identified as Vital Honey before opening and pouring the whole thing into a bottle of alcohol. Vital Honey is a health supplement that contains Eurycoma longifolia, a Southeast Asian herb famed to treat ED and improve sexual performance.

According to the website, the product also contains caviar and other minerals to improve metabolism. Additionally, the website explained, "These qualities caused it to earn the satisfaction of a large group of people who became interested in the vitality and health of their bodies, both sexually and physically." 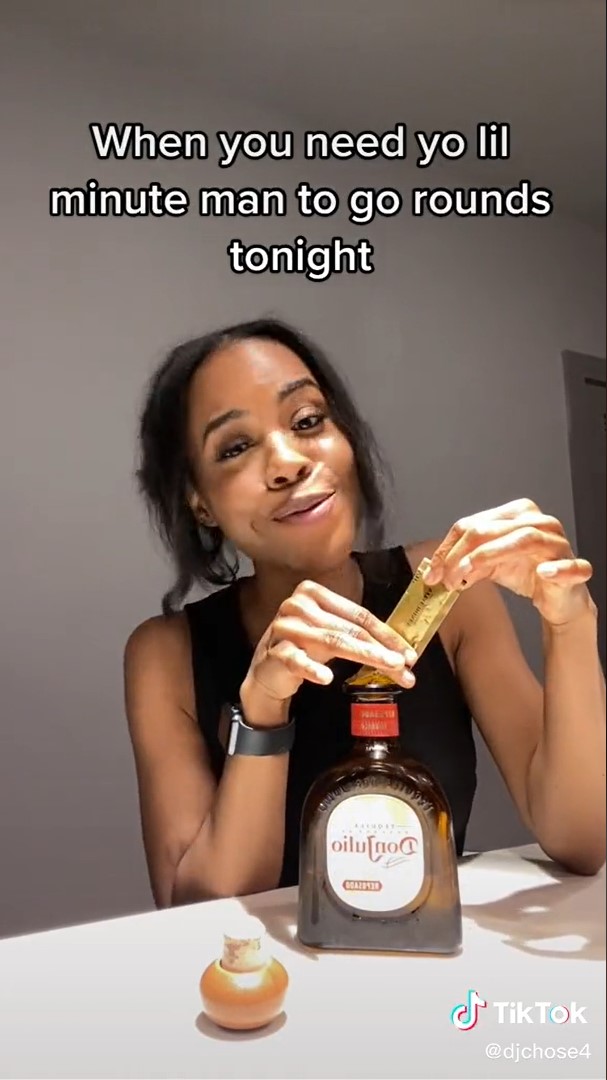 While she was smiling and thought the act to be cheeky, many viewers deemed it wrong. Some called her out by calling the act illegal and dangerous for the man who doesn't know if the drug might have an adverse effect on his body.

One user's snide remarks read, "Wow, how funny. Joking about drugging someone for sexual purposes."

"This is literally not OK. It's not cute or funny to put drugs in someone's drink without them consenting and knowing. This is just messed up," warned another.

"Did you just drug his drink?" asked one user in disbelief. Followed by another who thought, regardless of this being a joke or now, "it's still weird as f**k to put something in somebody else's drink without them knowing." 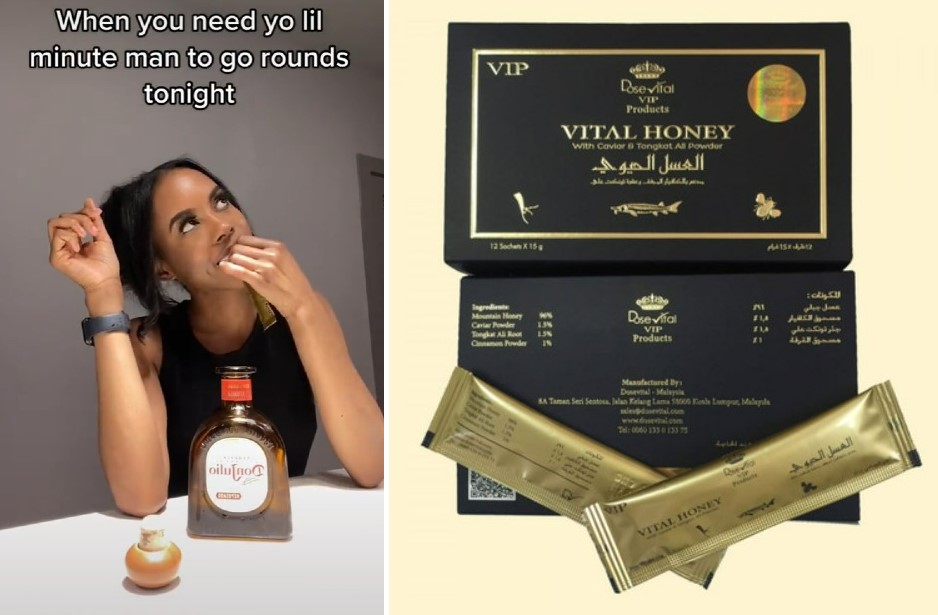 FDA has issued a notice regarding the product and its possible side effect. The site stated, "The Food and Drug Administration is advising consumers not to purchase or use Vital Honey, a product promoted and sold for sexual enhancement on various websites."

"FDA laboratory analysis confirmed that Vital Honey contains tadalafil, the active ingredient in the FDA-approved prescription drug Cialis, used to treat erectile dysfunction. FDA approval of Cialis is restricted to use under the supervision of a licensed health care professional."

It warned, "This undeclared ingredient may interact with nitrates found in some prescription drugs, such as nitroglycerin, and may lower blood pressure to dangerous levels."

With a risk of lowering one's blood pressure to a dangerous level, perhaps she should've asked if he was okay with it first!

@djchose4 gone have diabetes but gone be 10 rounds strong. #rounds #honey Where She At - DJ Chose & Kali & KenTheMan

"The pack is effective for at least 48 hours, so it is not advised to use it on a daily basis," the site warned, adding that it should be consumed after meals and two hours before consummation, followed by a lot of water.

While drugs are illegal, adding what is considered supplements into someone's food or drink isn't. However, the undeclared ingredient in the product requires supervision from a healthcare professional to be used. In addition, WebMD reported that manufacturers are not always honest, and "some products may contain more or less of the ingredient than is stated on the label."

This doesn't seem legal! People were slamming the woman for her behavior.