You don't get a say in how people live their lives, even if that is to live as a dog. Jenna, the puppy girl of TikTok, was among the Gen Zs who found it in herself to quit her job to embrace her true self: a dog. But that's not all. Jenna has found like-minded people, or to be precise, 'dogs.' Unfortunately, they weren't friendly, and the two almost got entangled in a fight on the streets. 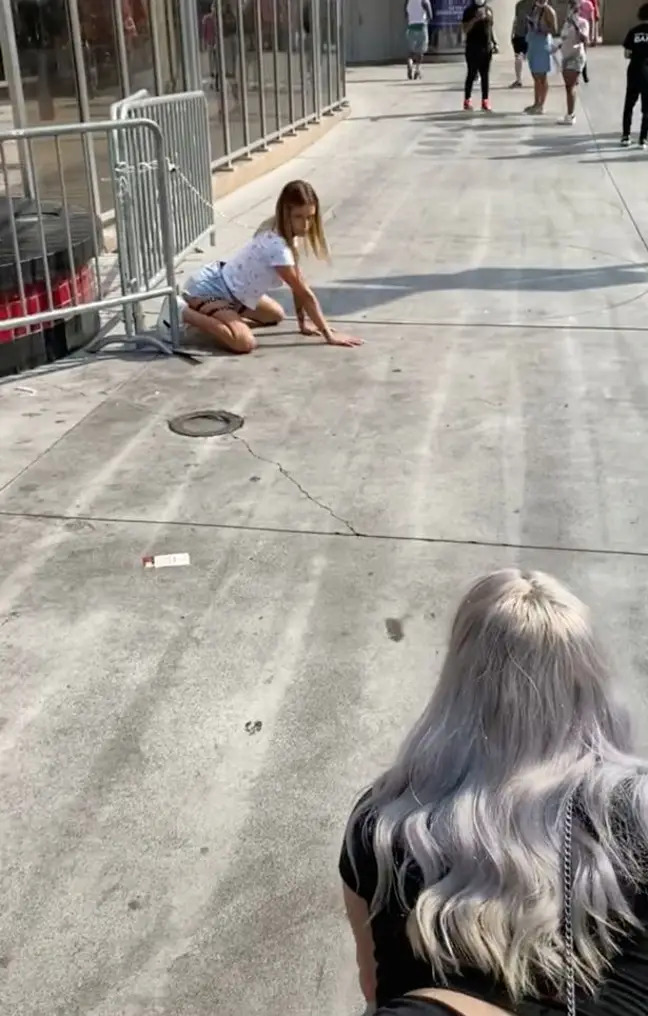 Jenna Phillips is a 21-year-old Texan OnlyFans star who once reported that she made £700,000 from her exclusive content. 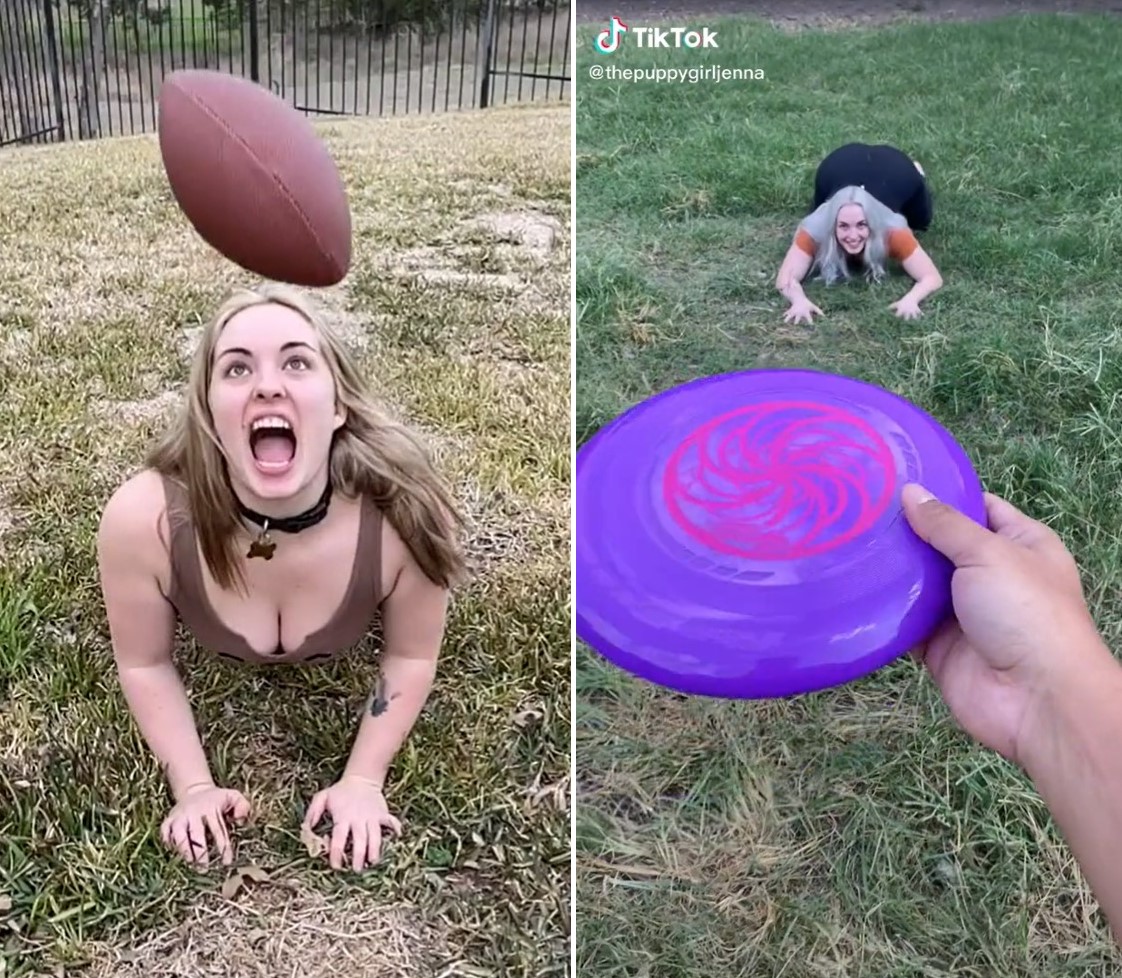 She goes by the name Puppy Girl Jenna and has shared several viral clips of herself living her life as a canine. She's played fetch, balls, did tricks, and other things, but her latest video topped it all.

While walking around the city streets like a dog, she met another 'dog.' And she was not friendly about it at all. 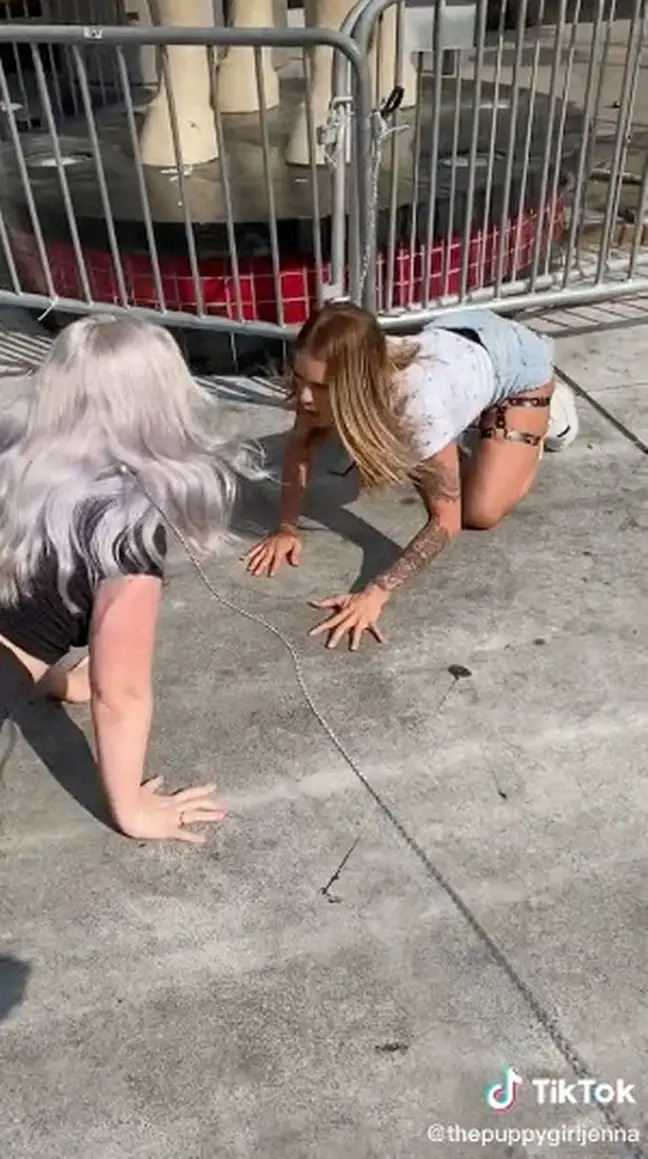 The two barked at each other, one on a leash while the other tied to the fence, violently trying to pounce on the other. But both were being held back. Off the camera, Jenna's owner could be heard, "No, no, no. Come on. Let's go. Hey, Jenna! Let's go."

Jenna with a feral look in her eyes looked back at her owner who told her, "Keep walking, Jenna."

"Luck I was being held back," the video's caption read. 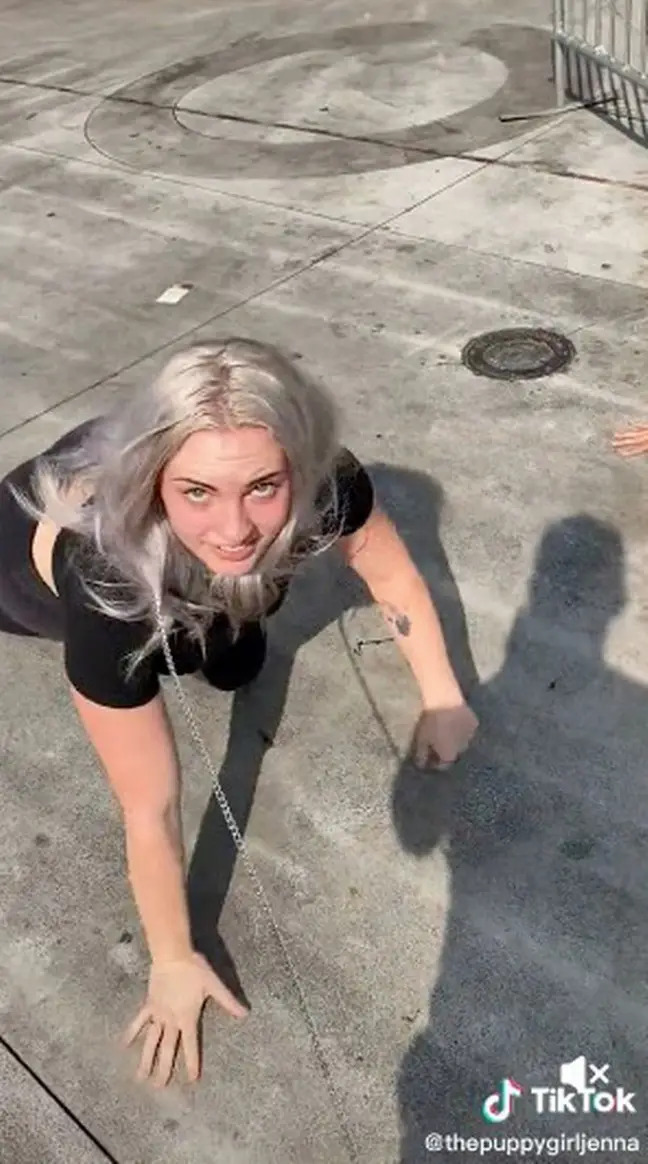 Jenna truly embraces her dog life. She left her job after a convention in Chicago and started making exclusive content on OnlyFans. The subscription for her starts at $20 (£15). 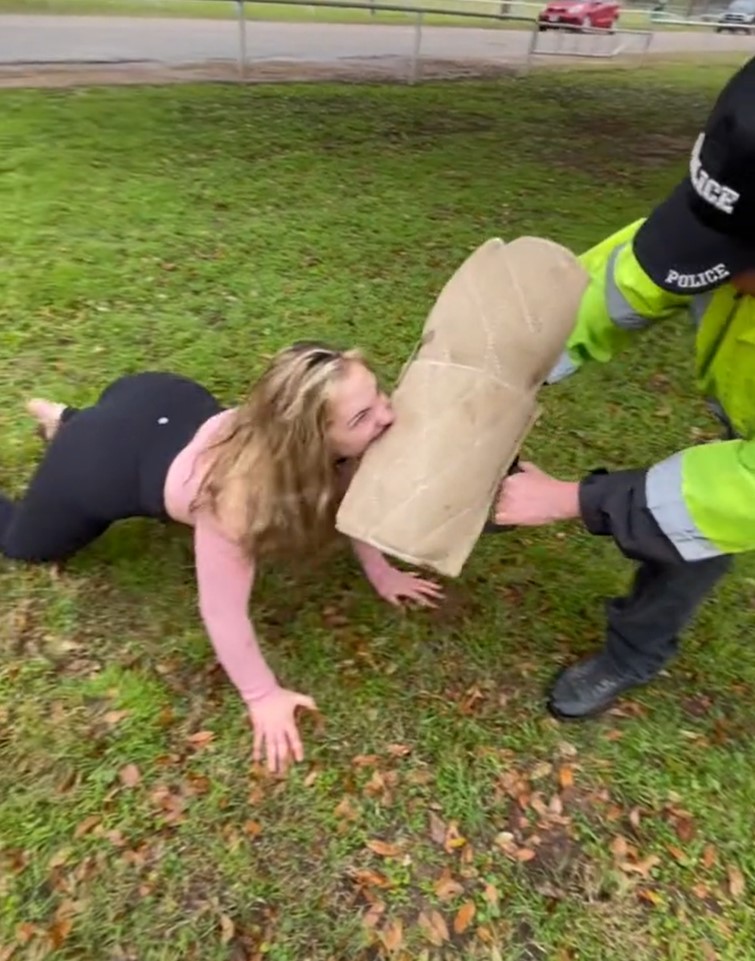 "I feel like a dog. I just want to roll around, play fetch, get head scratches, run around and play. All of that," she shares about herself.

"I have always acted like a puppy, but not in a sexual way at first. I really love praise. I love hearing 'good girl.' It makes my heart melt every time. Looking back on it now, it's kind of always been there. I just didn't know there was a scene; I just thought it was my personality."

The viral clip has reached over 11.6 million views on the platform.

Luck I was being held back

Needless to say, people were absolutely baffled at the sight.