It’s about time you embrace your facial hair and earn money with it; the same way @PeekabooPumpkin is doing. The TikToker with over 500K followers claims men are so captivated with her naturally bushy beard that she gets constantly asked out on dates. The influencer has even launched her OnlyFans account to cater to those with a facial-hair fetish.

“Peekaboo Pumpkin” on TikTok has polycystic ovary syndrome (PCOS), and as a result, she has excess hair around her chin. 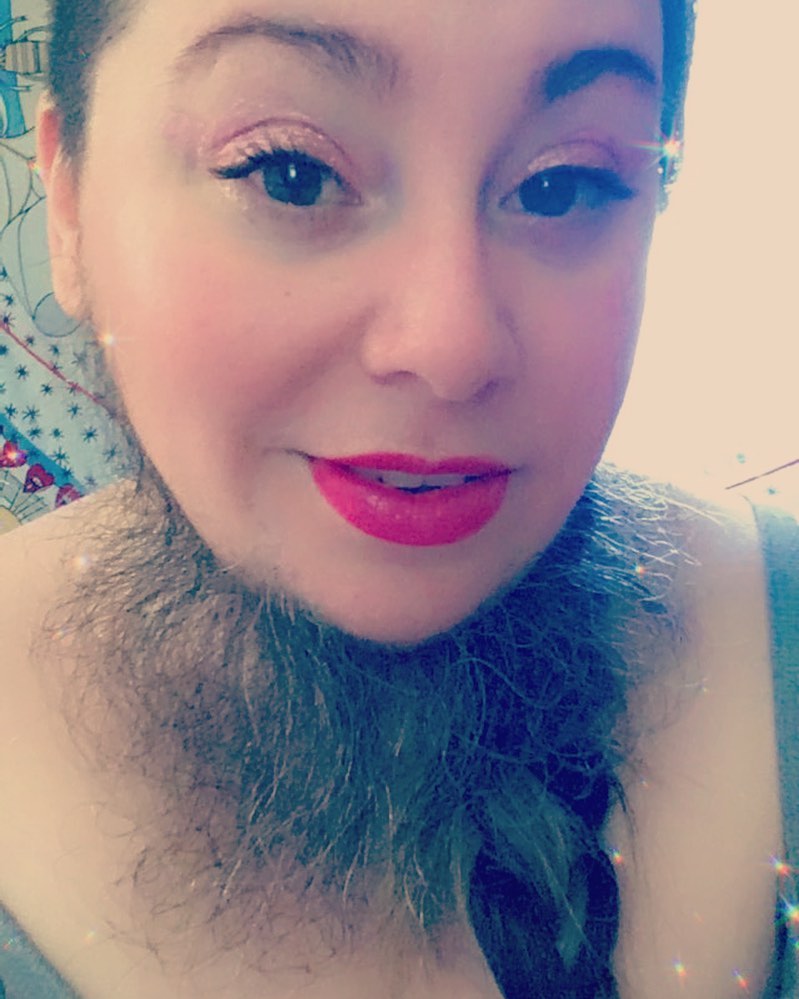 With a token of just $12 monthly, people are treated to photos and videos of @PeekabooPumpkin stroking her beard as if she were a wise, old wizard. However, the 36-Year-Old, whose real name is yet known, hasn’t always been so body confident. In one of her TikTok clips, she had highlighted how it took a lot of hard work to learn to love her locks.

And after years of removing the facial hair, the TikToker has learned to embrace it, letting it grow into a full beard. 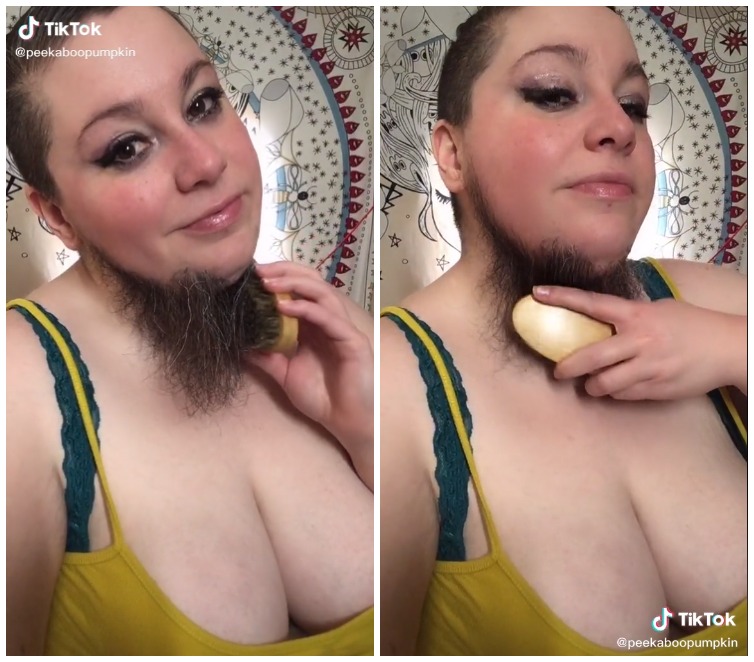 She had also suffered from Polycystic Ovary Syndrome, which can naturally make some women experience abnormal body and facial hair growth due to increased levels of testosterone. @PeekabooPumpkin didn’t let her medical condition get her down as she’s unapologetically flaunting her facial fur. 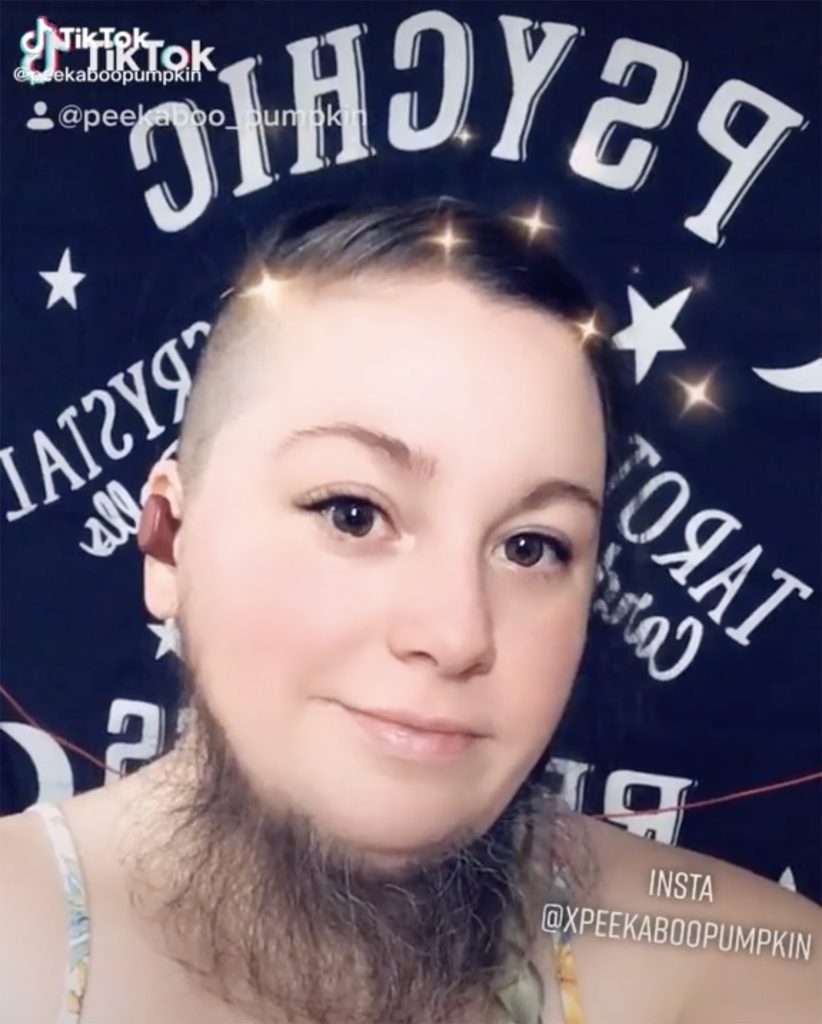 So far, she has been hailed for her confidence, and some men seemed turned on by her embrace of the beard. 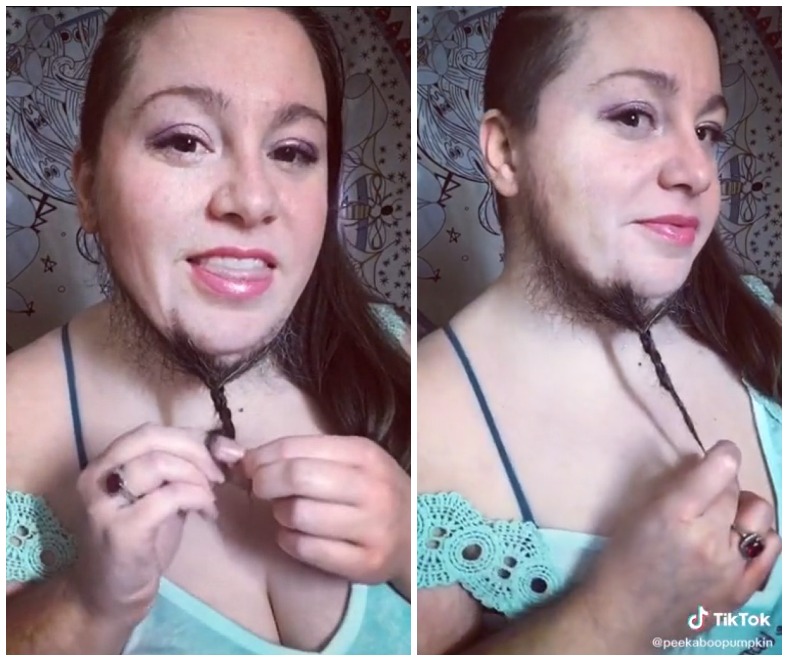 PeekabooPumpkin has her own OnlyFans page, where she charges $12 per month for sexy beard snaps. 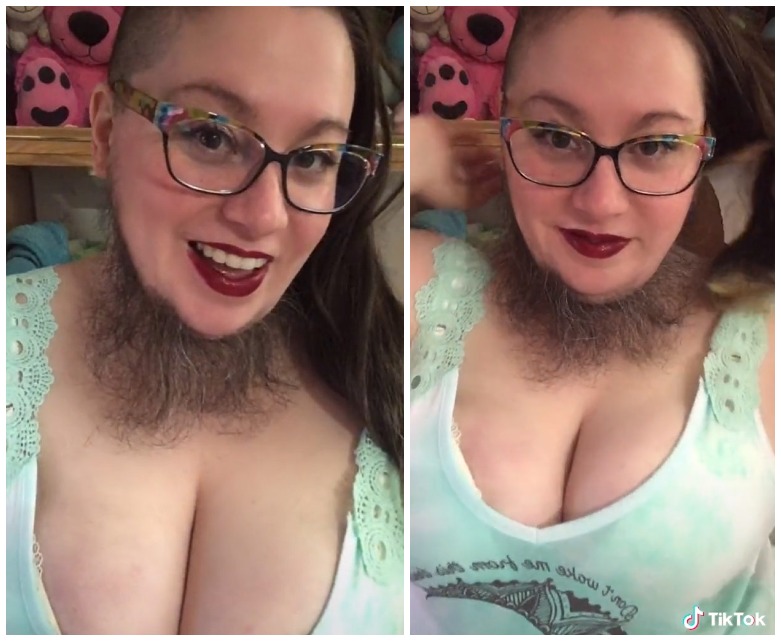 In the comments of one of her videos, @PeekabooPumpkin got asked if she’s single, and in response, she revealed she’s off the market and happily married. It also turned out her beard has never been a problem with her employer, despite working in a highly professional corporate environment. Well, @PeekabooPumpkin is faced with negative remarks, but she remains undeterred.

However, the 36-Year-Old is off the market and happily married! 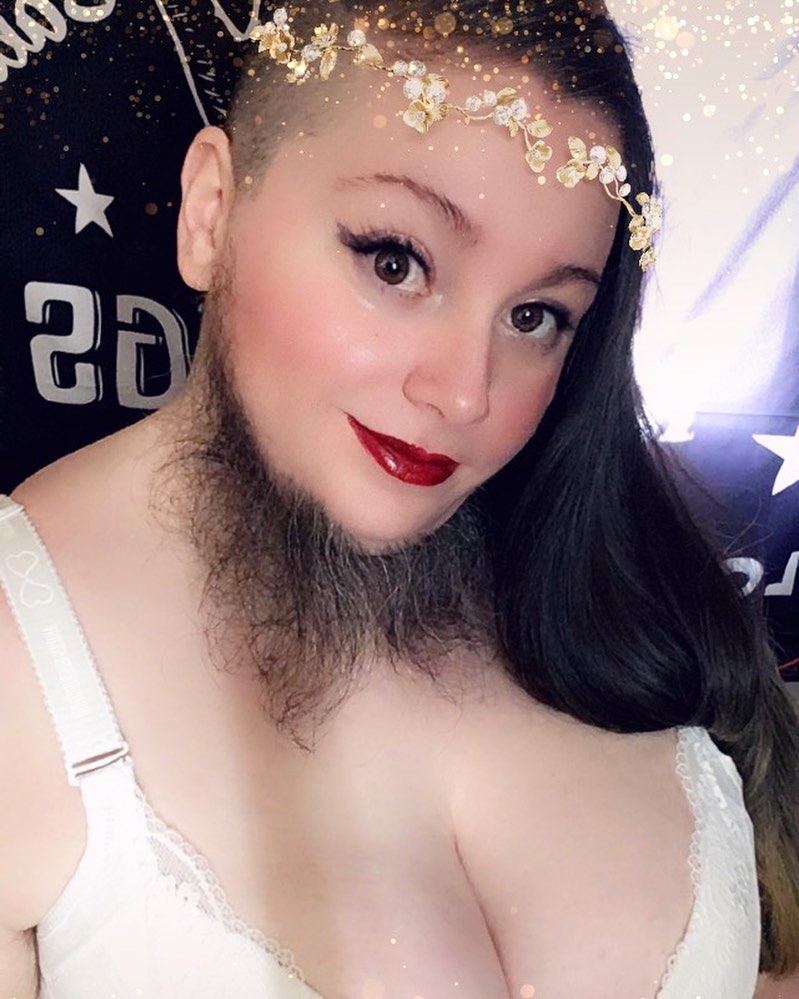