Man Keeps Telling His GF She Stinks Every Day, Turns Out His Dad Taught Him This ‘Secret’

In the ever-expanding moment of serious talks, you might have with your significant other, letting them know they smell remains at the top list of where do I begin from. Well, this isn’t the case for one woman. Her boyfriend regularly claims she stinks badly. Taking to Reddit, under the username @ThrowRa-doistink, the woman asked other users why her boyfriend keeps telling her she has body odor. However, soon after, the same woman, who maintains perfect hygiene got the answer from her BF himself.

A woman recently took to Reddit and claimed she’s told she stinks every day by her BF. But then a plot twist later revealed the real reason why he does that. 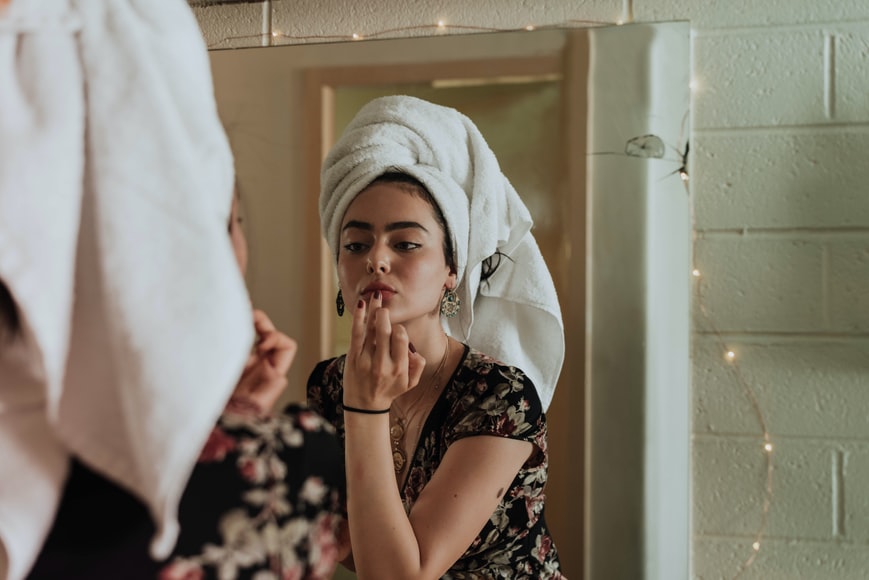 kxvn_lx (not the actual image) -Via

The post was captioned: “Boyfriend won’t stop telling me I have B.O.

After reading through her situation, many people pointed out that perhaps she has illusionary sensors that make her BF think he smells something. Or maybe he was being manipulative to her. One user opined that if that’s what he says daily, regardless of the reason, this simply means they aren’t compatible and should break up ASAP.

One person suggested that her BF was saying that to avoid intimacy or perhaps have total control. 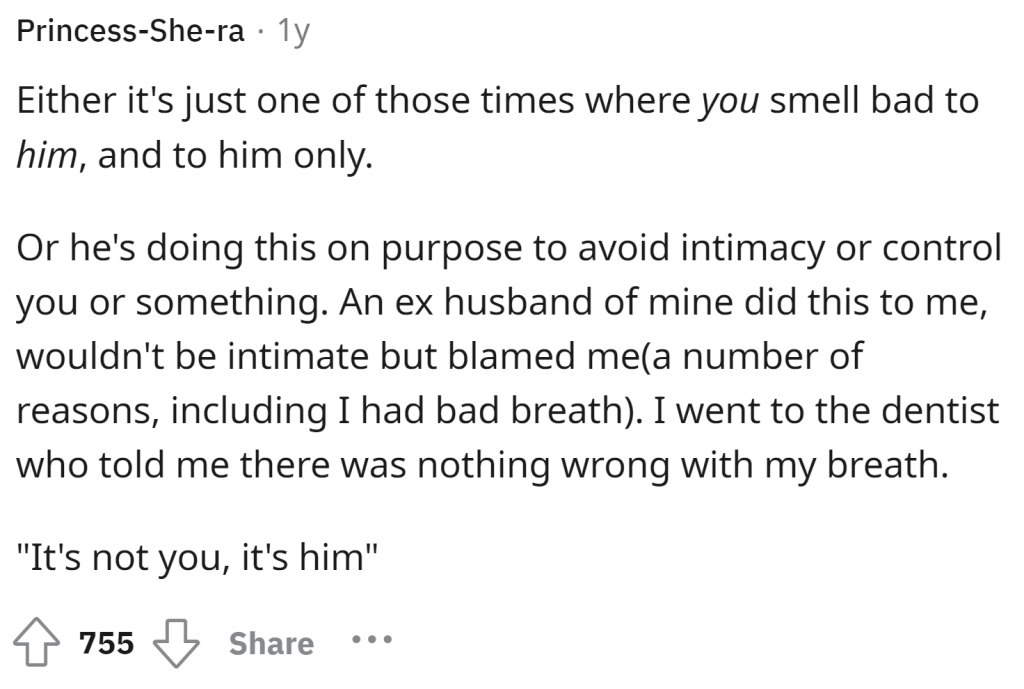 However, in a twist [ gave an update], the woman revealed she decided to confront him about his comments. 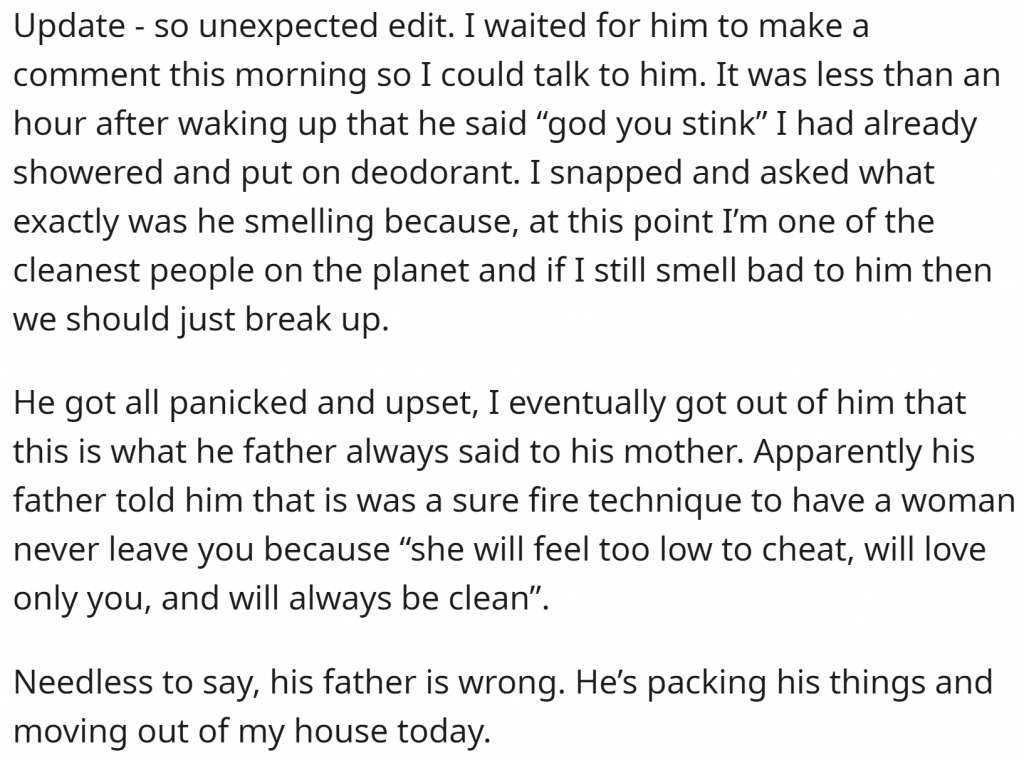 It turns out her BF learned how to emotionally abuse and manipulate women into low self-esteem, making them less likely to cheat. In particular, his father always told his mother she smelled terrible, believing it was a sure-fire technique to have a woman never you, will love only you, and always be clean.

Dr. Navya Mysore, One Medical’s M.D., explained that people generally love their partner’s smell, and it’s associated with pheromones just like animals use it for mating. It’s equally referred to as the “love hormone.” “When we recognize the smell of a loved one, this can release oxytocin, which is a hormone and a neurotransmitter that is involved in childbirth and breastfeeding.” She explained.

So far, people have been left disgusted with the man’s daily remark. Here’s proof: 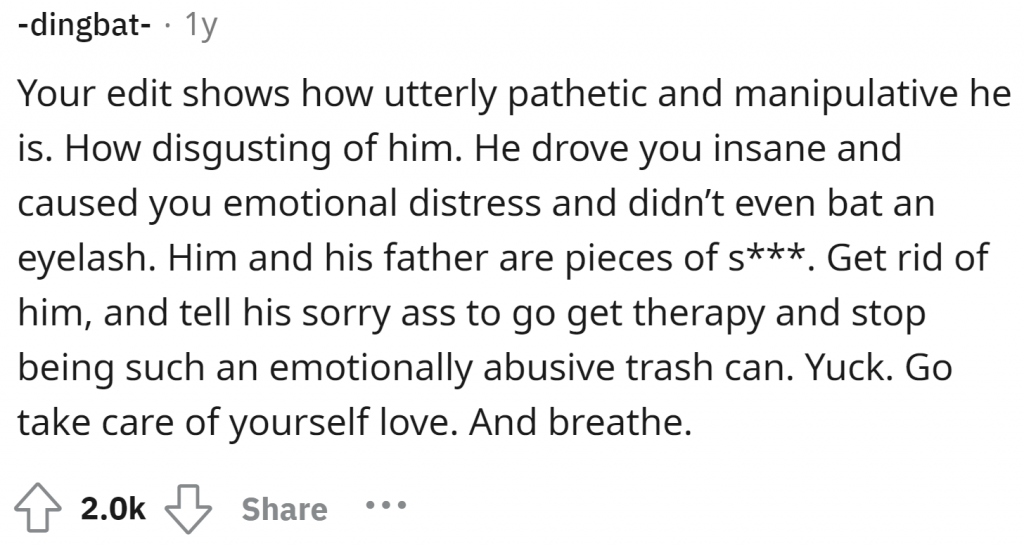