We always love it when celebrities interact with each other on social media despite never been seen together in events or on the red carpet. Like Ed Sheeran and Courteney Cox, a lot of people don't expect them to have such a wholesome friendship despite the odds. And recently, we're seeing another cute new budding relationship between rapper Cardi B and actor Penn Badgley.

Hey, it's actually cute to know that he's trying! Not everyone can be a social butterfly in the virtual world.

He told the host in the interview from 2019, "I really appreciate people who have this sort of totally second-nature relationship with [social media].”

The interview was during one of his events promoting season 3 of 'You' that is streaming on Netflix. He continued, “Cardi B is a great example of that. She has such an authentic relationship. To me, it's this incredibly nuanced place to be. Despite what many might judge as antics and all this, I feel like she has an incredibly authentic relationship to that, and that’s why people like her so much,"

Cardi B went mad when she saw Penn Badgley talking about her. She was EXCITED!

Penn Badgley was just as equally excited that Cardi B saw his old interview and reacted positively to it. 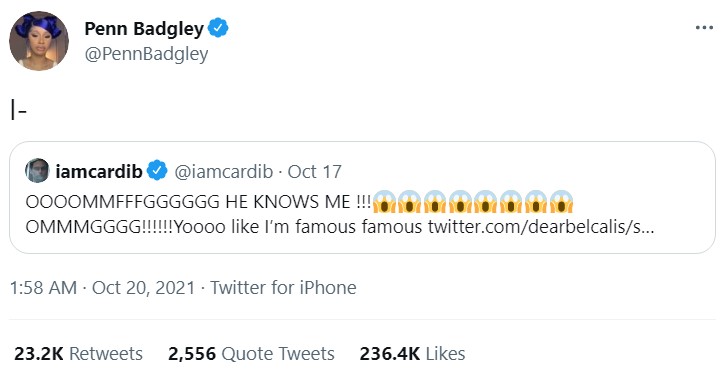 And then they swapped profile pictures, like how much cuter can this get? 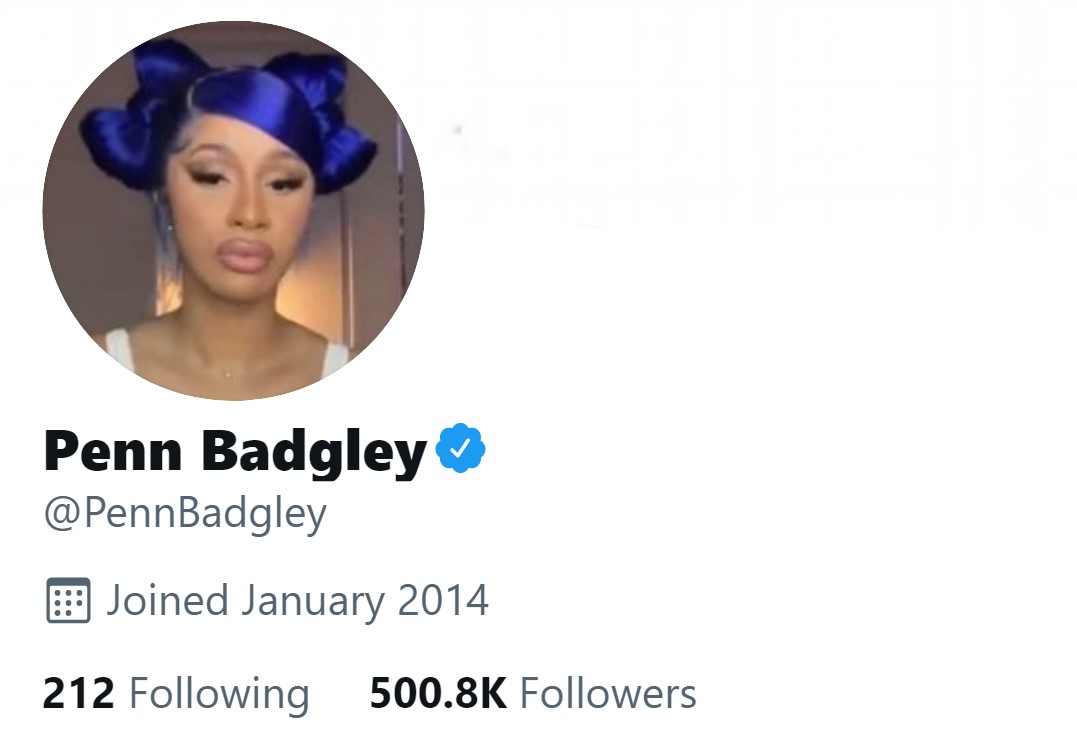 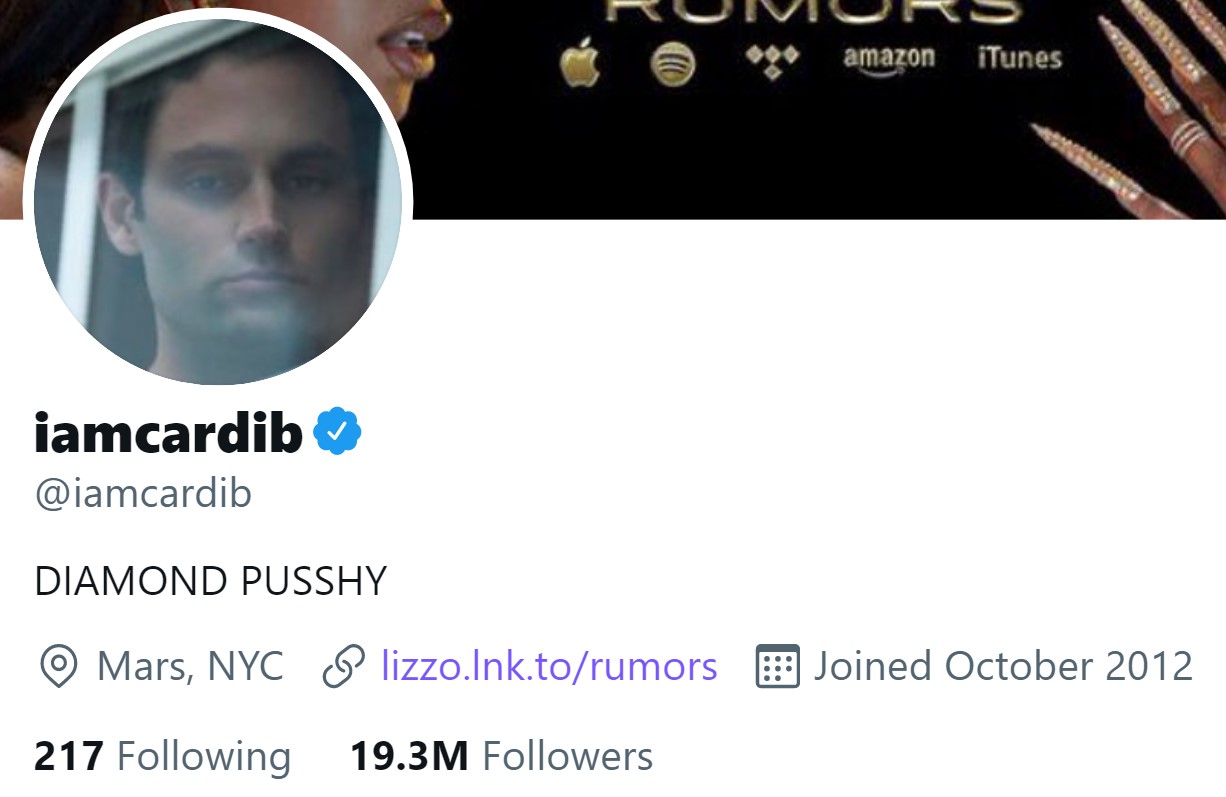 Inspiring duo. We love their energy.