Decency goes both ways. Men do not like being touched all over by others as well, and a woman learned the lesson harshly after touching the actor who plays Gaston in Disneyland inappropriately. It's important to note that actors and actresses interact with visitors and allow pictures to be taken with them to a certain degree. Still, respect to a certain level is expected.

This actor was surprised when a woman decided to land both her hands on his chest for a picture. 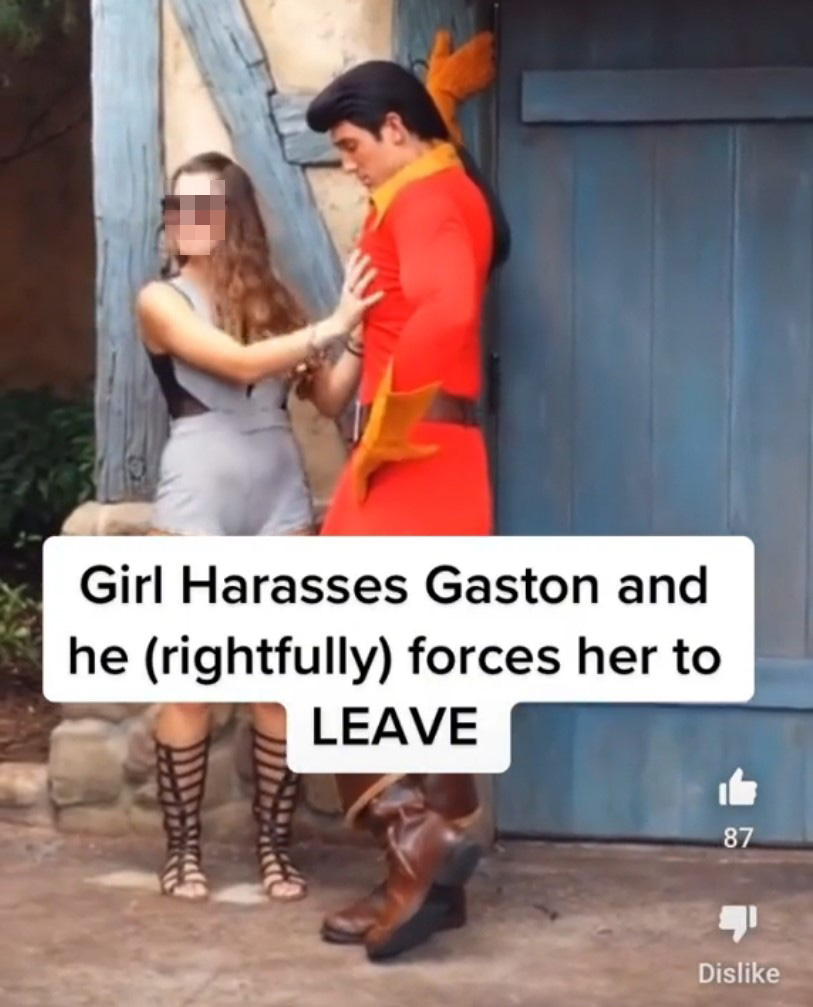 The viral clip shows the woman initially hesitating to get a picture taken with the infamous character from 'Beauty and the Beast.' Even though he's a charmer in the cartoon, there's a real human being standing there, and she did not let the fact that he could be uncomfortable cross her mind.

Surprised and displeased, Gaston broke character. The man took off her hands and requested her to leave the area immediately. 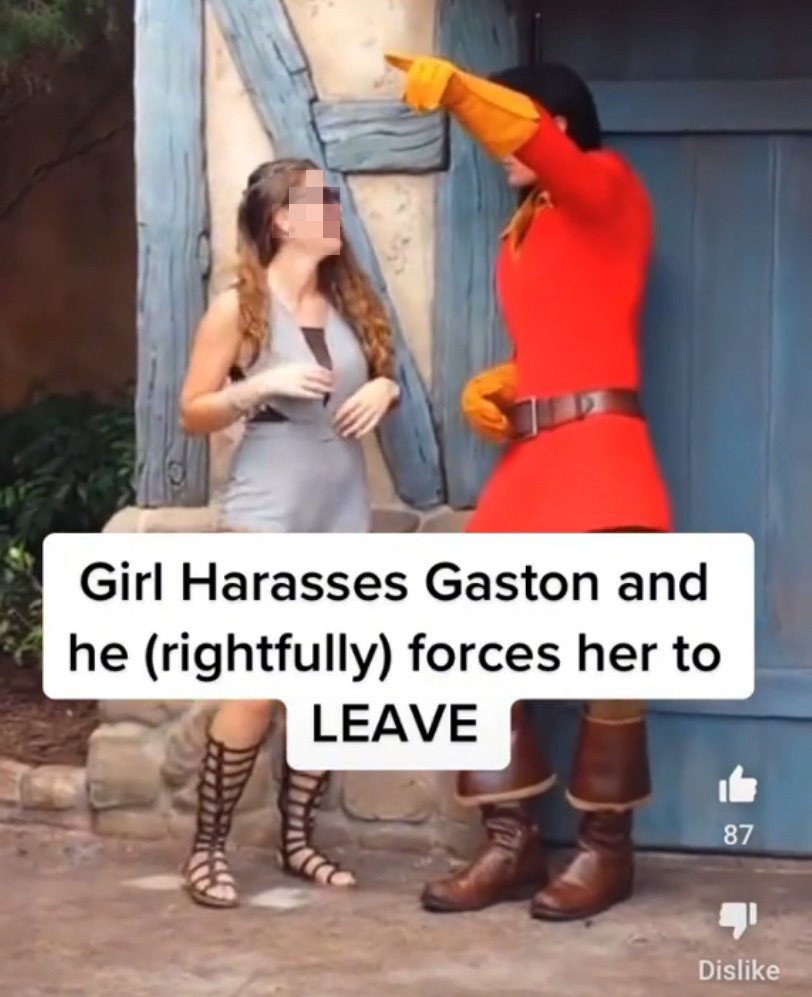 The woman attempted to awkwardly laugh it off, but the actor was not having any of it. He repeatedly continued to ask her to leave as his voice could be heard in the clip, saying "there's children" before it ended.

"Just so you know, if you do harass the characters like that, more often than not, they're not going to play into it," explain TikTok user Evan Snead who made the clip viral. 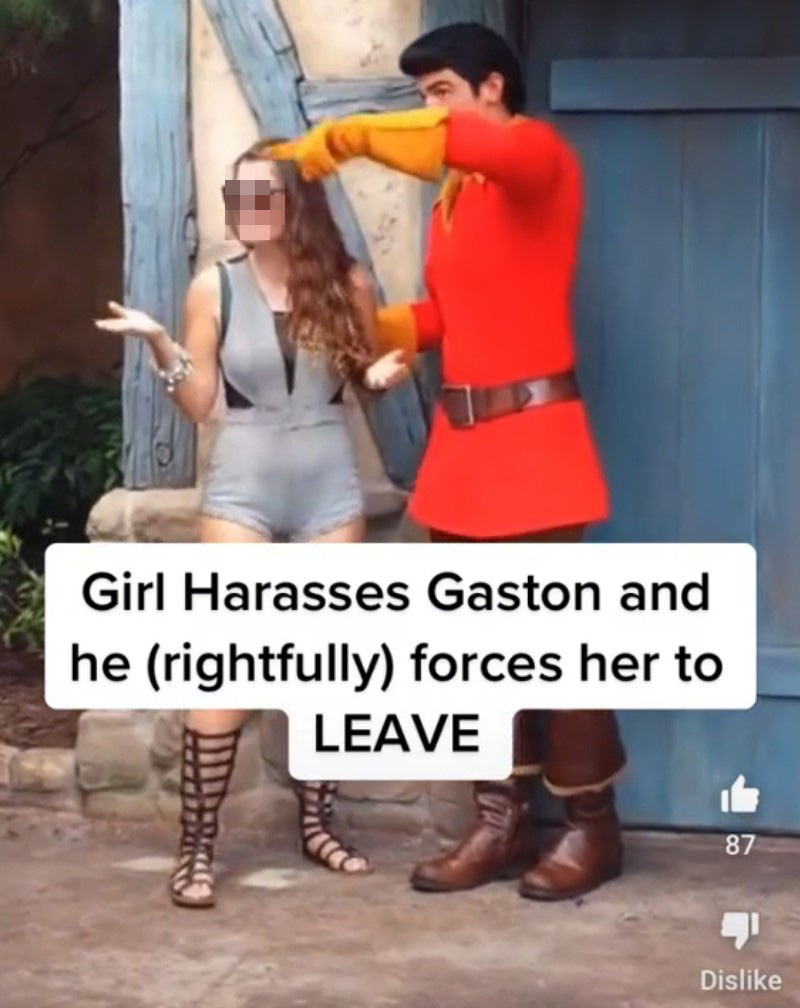 At over 8 million views, the clip has been reshared on other platforms. On Reddit, people were harshly criticizing the woman's actions, with one commenting, "Did the brain fairy forget to give her one that day?"

Evan continued, "Please do not be that person."

"They're not going to think it's cute. If you don't want a stranger going up to you, in public, at your place of work and putting their hands all over you then don't do it to the characters."

"The characters want you to have a great time and enjoy meeting them, but it is their place of work, it is a family place of business and they are also people."

Under the TikTok clip, multiple people were criticizing the woman's indecent act on a space that is supposed to be family-friendly. One wrote, "As a character performer, please don't do things like this!"

Another added, "How about we don't touch ANYONE without permission?"

"The fact that she is laughing and thinks it's funny..." another pointed out.

One praised the man, "I love that Gaston did this because there certainly were kids watching and it shows a perfect example of what to do when someone touches you inappropriately." 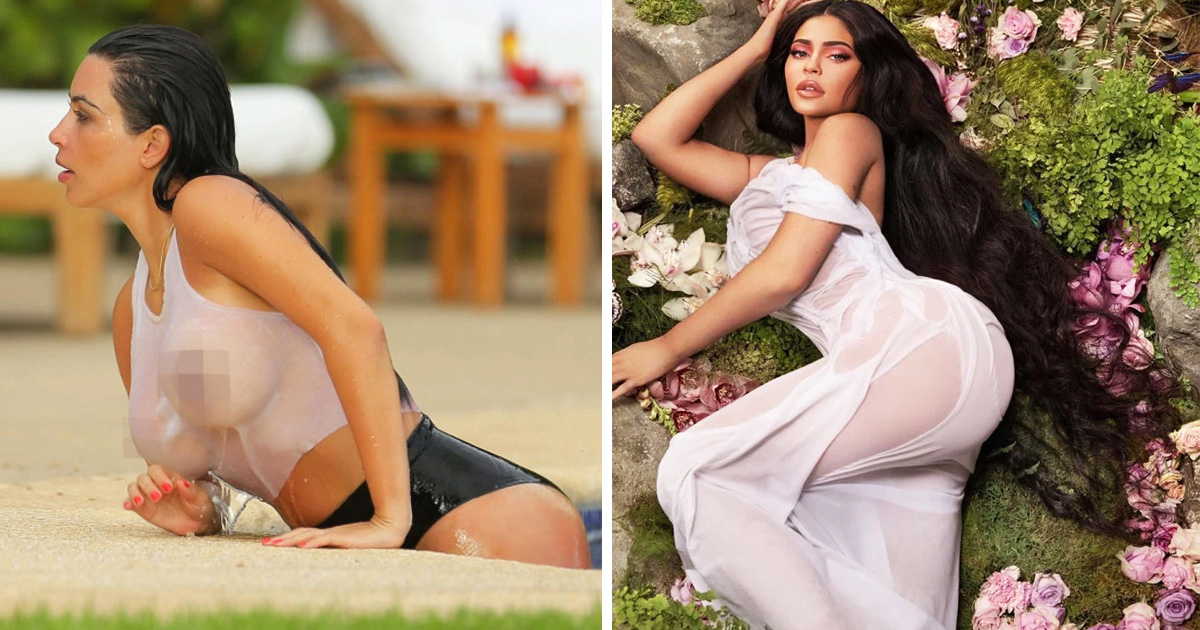 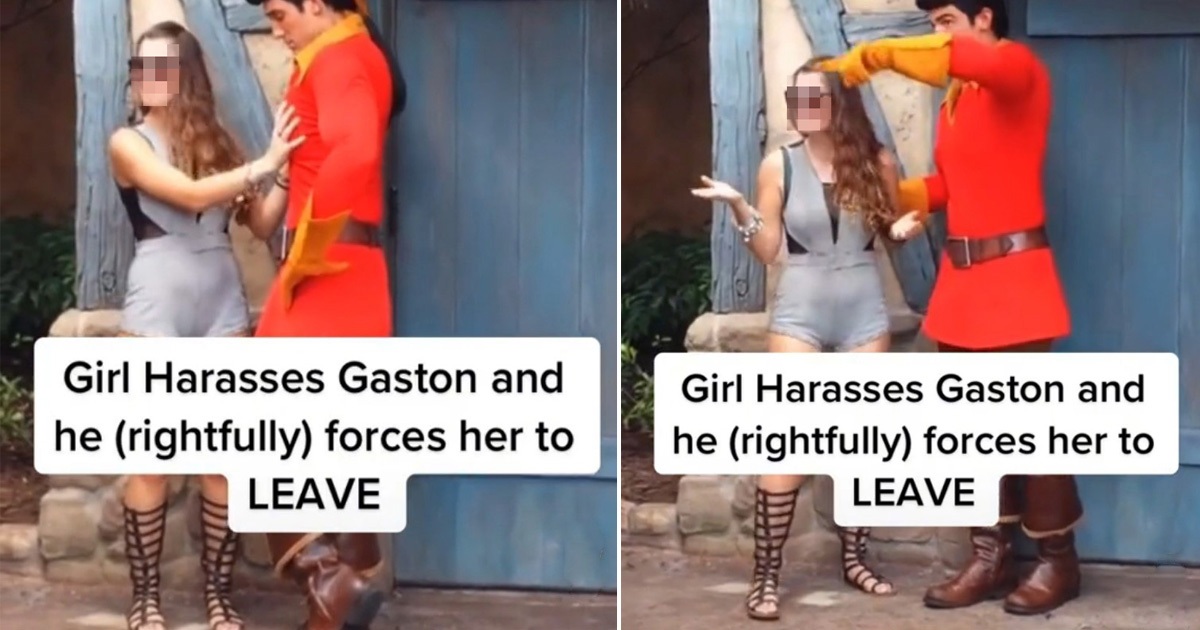 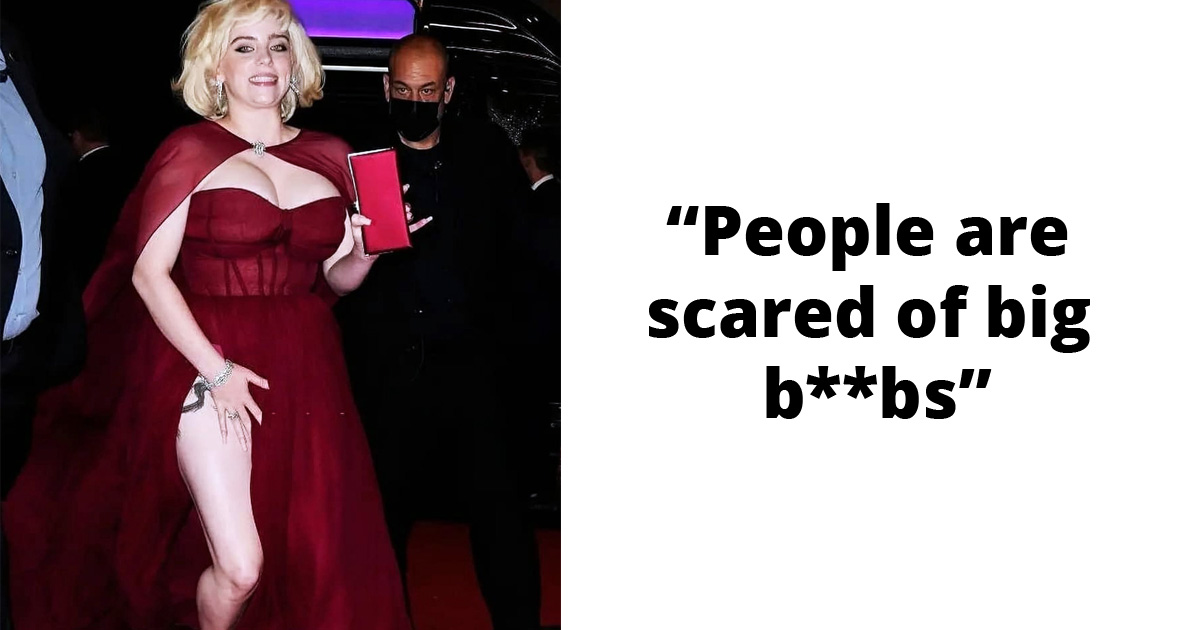 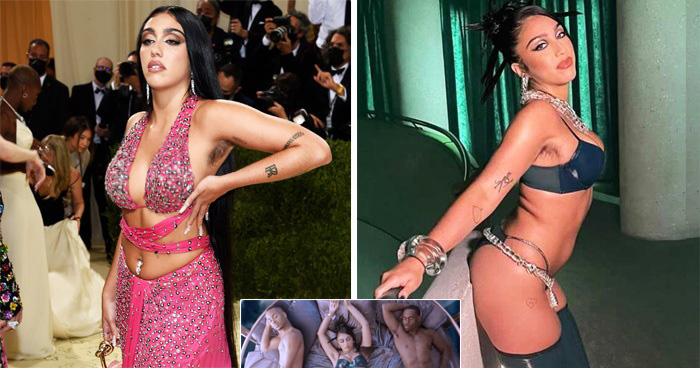 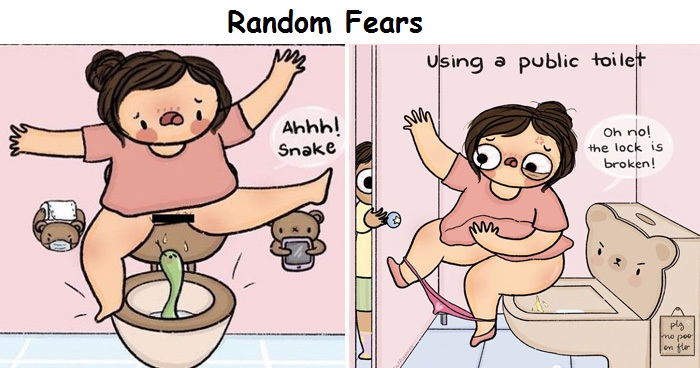 21 Honest Comics About Girl Struggles You Will Surely Relate To