After two years of being married, Mia Khalifa made a heartbreaking announcement that she's split from her husband, Robert Sandberg. And the men who saw their chance immediately attempted to shoot their shot. But so far, it's safe to assume that none had been remotely close to being decent enough for the sports broadcaster, as seen in her recent tweet replying to a curious question from a follower.

"How many DM's do you think Mia Khalifa received when she announced she was single?" the man asked.

Unfortunately, Mia has been pretty much annoyed with the incoming slew of messages taking their chances at the now single 28-year-old. She replied that her block button "has never been exercised more." 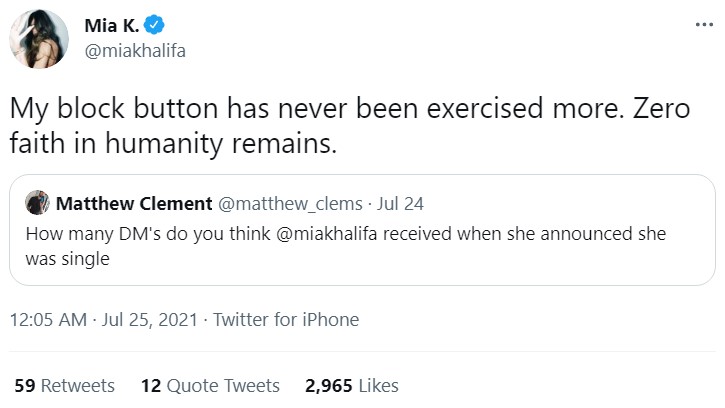 On July 21, both Mia and Robert uploaded the same post announcing that they've split.

The two was reportedly started dating back in 2018 and had planned for their wedding in 2020. It's unclear what was the reason for their split, but they explained that there were "unresolvable, fundamental differences" between them. Despite the fact that they "gave it all" and still love each other, the two decided that splitting up.

They still keep their posts and pictures together on their respective accounts and interacting on social media.

Some users were encouraging Mia to not let those weird DMs disturb her.

One user wrote, "I'm sure you don't need to be reminded of a certain puck nearly taking you out, but you instead took it like a champ. Take some of that implant rupturing energy and break some balls. You are a strong inspirational woman. Don't let a few free willies ruin your faith in humanity."

One user reminded her to turn on the spam filter, and another left an uplifting message, "Ignore. You have a good heart. You do something good every day to make the world a better place." 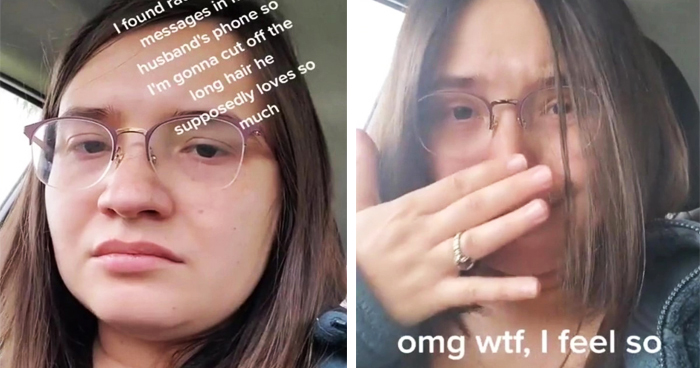 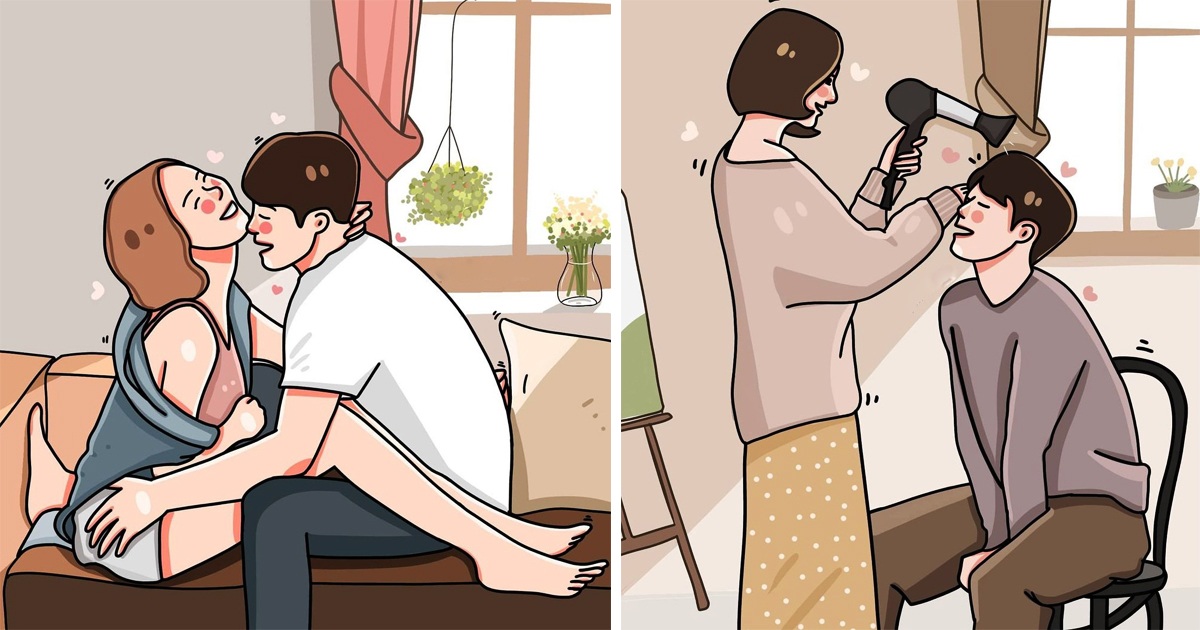 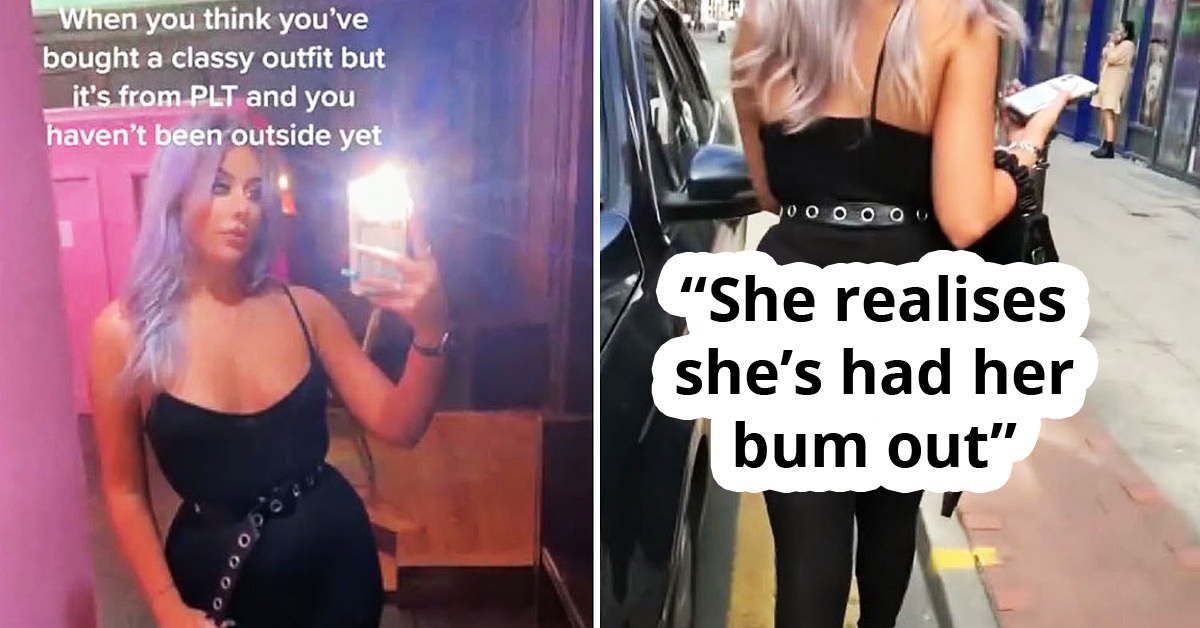 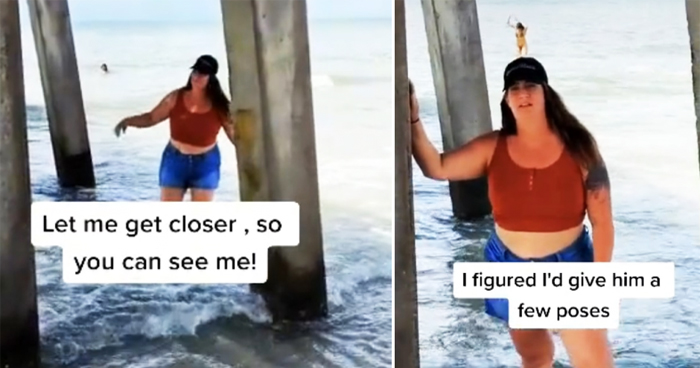 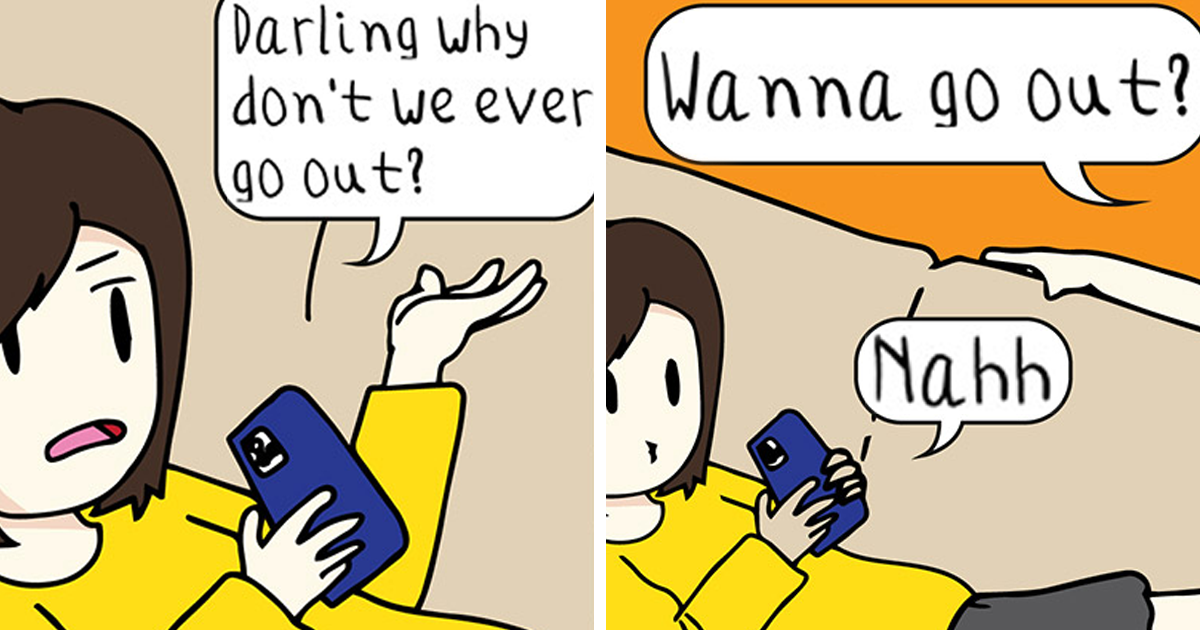