A trend has launched on TikTok, and it was launched with the lyrics of Cage the Elephant’s song titled “Cigarette Daydreams.” As it plays in the background, Teens share a tale about a point in their lives when they were either sexualized at a younger age or placed in a situation that prompted the wish of growing up quickly.

A clip by user @oreo_milkshake went viral among the numerous; it even sparked divided opinions on TikTok. “I can’t wear my glasses because the high school boys keep saying I look like Mia Khalifa with them and it makes me uncomfortable,” was the tale of the TikToker, who claims she was only 13 at that time.

At age 13, @oreo_milkshake was sexualized in high school. Boys had claimed she look like Mia Khalifa anytime she wear her glasses. 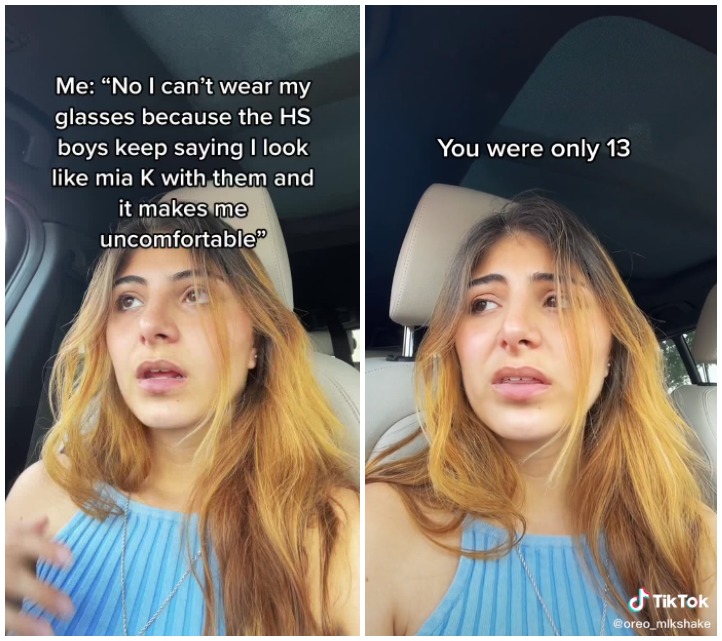 The clip watched over 8million times caught the attention of people, including Mia Khalifa herself. In response, the media personality, who had worked as a pornographic actor, dueted the TikToker and cried while listening to the story. “I’m so sorry. I don’t wear them anymore for this reason.” Mia captioned her video.

"I'm so sorry; I don't wear them anymore for this reason." Mia captioned her TikTok post. 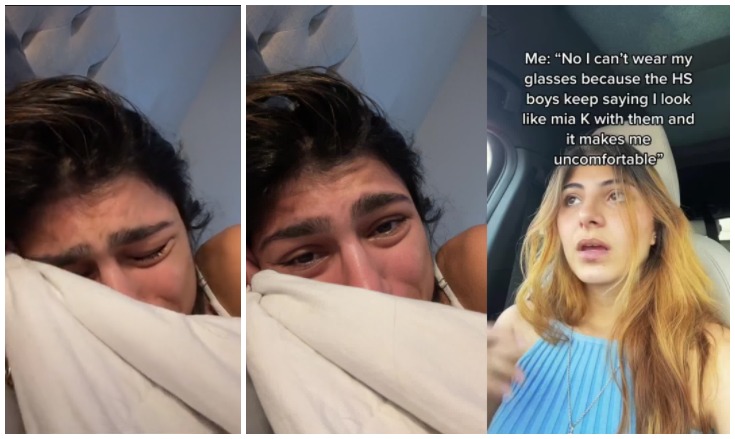 #duet with @oreo_mlkshake I’m so sorry. I don’t wear them anymore for this reason.

Commenters, including @ore-_milkshake, sympathized with Mia, claiming it wasn't her fault and she shouldn't feel bad. 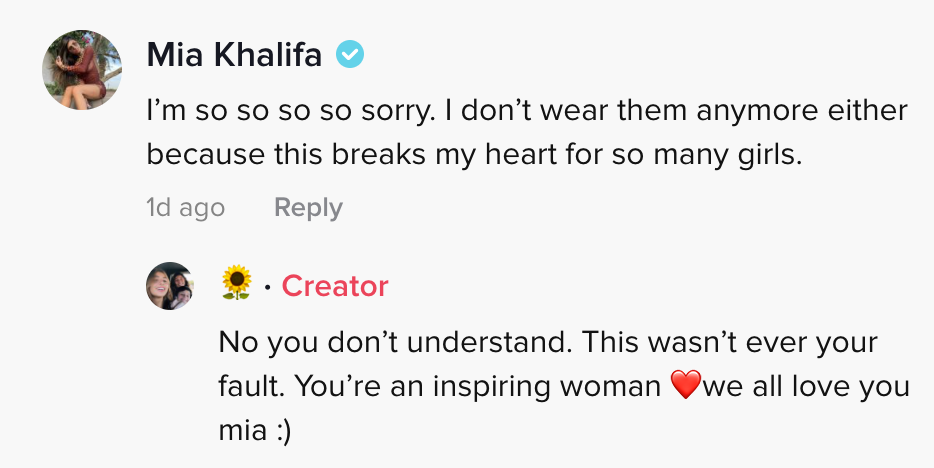 Many people claimed the blame isn’t on Mia but on the men who had sexualized a 13-Year-Old. Taking to her Instagram Story, Mia thanked everyone for their support. She wrote: “Thank you. I know that deep down, but the guilt is crushing. I wish I could protect every little girl from the male gaze. I know how I feel when men harass me in public, it kills me that other girls get the same abuse just for looking like me.”

"I wish I could protect every little girl from the male gaze. I know how I feel when men harass me in public." Mia said in an updated post on her Instagram story.

Undeniably, the blame is not on Mia but on the men who sexualized a 13-year-old girl, instead.