24 Celebrities Whose Appearance Completely Changed After Their Hair Transformations

The answer to the question “Should I change my hairstyle?” naturally requires a lot of thinking for most females. Adding extensions, getting bangs, going blonde, and even coloring of one’s can be tasking, but for a few, mixing it all up is downright fun. You can tell by these celebrity hair changes that a makeover can be magical. Female celebs tend to transform their look every season, while others tend to have a new color weekly.

Regardless of the change, it has always left heads turning. On the other hand, 2021 is no doubt a year of great hair days for celebrities. In the past months, we’ve followed numerous stars who debuted hairstyles. Among them, Kim Kardashian West has been committed to a silvery blonde shade. Similarly, Amber Rose, widely known for her shaved style, has opted for longer brunette waves. Without any further ado, have a look at all the fabulous hair transformations. 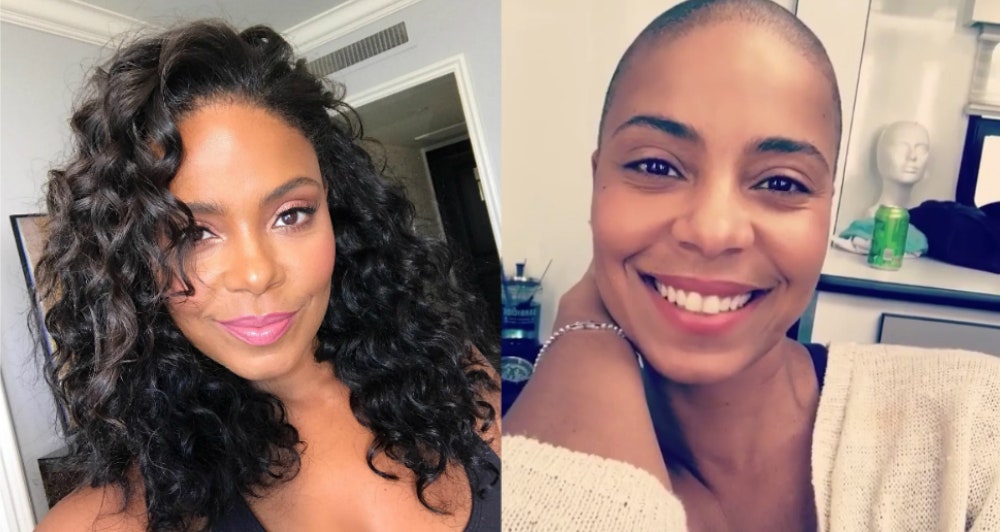 The actress shaved her hair off after ‘Nappily Ever After’ as a message for people to love themselves despite not being within the standard society may have set for women. 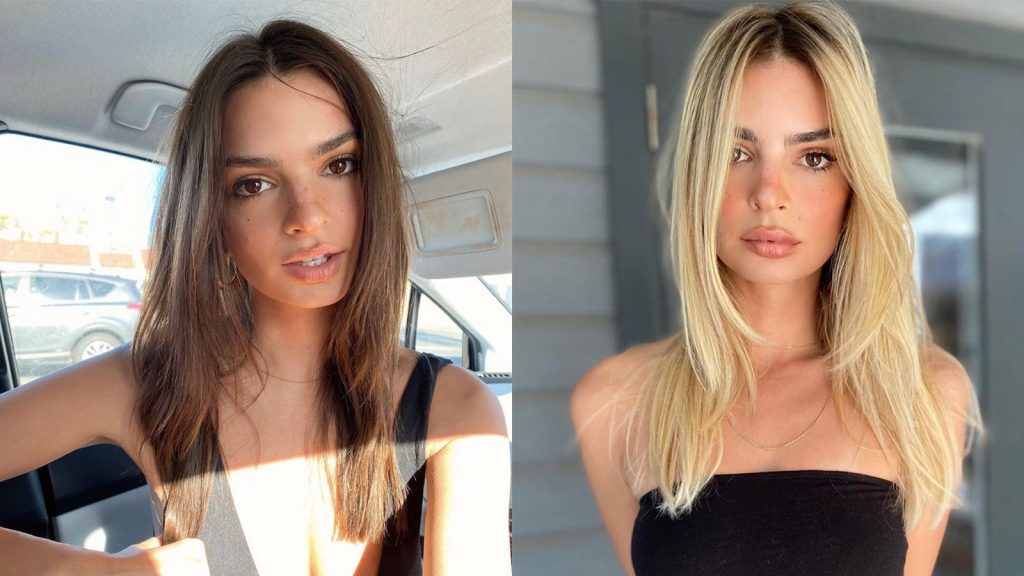 The moment the lockdown allowed people to visit salons, Emily was among the first to get her hair done last year. 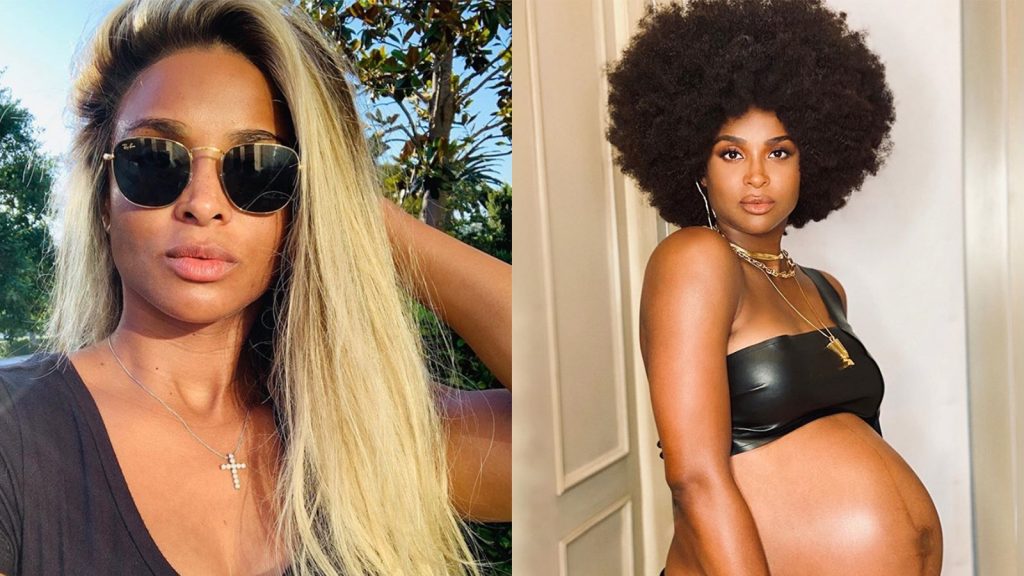 As the singer prepares for her baby’s arrival, she showed off a selfie of her huge bump with her natural brown afro hair. 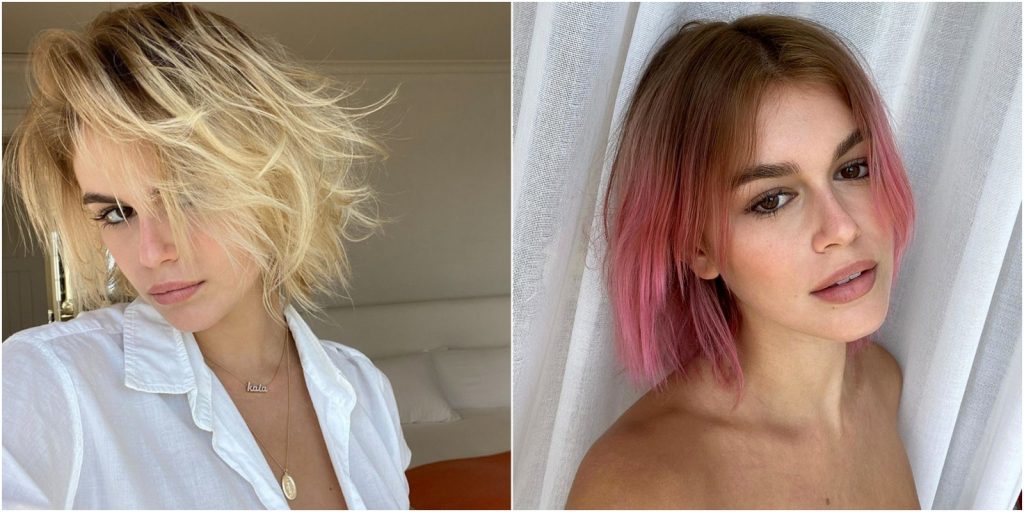 Kaia went for a blonde look but did not keep that look for long. Instead, she got into coloring her own hair at home during the lockdown as she spent a “full hour” to get the shade of pink she wanted. She shared the process on IGTV with her followers. 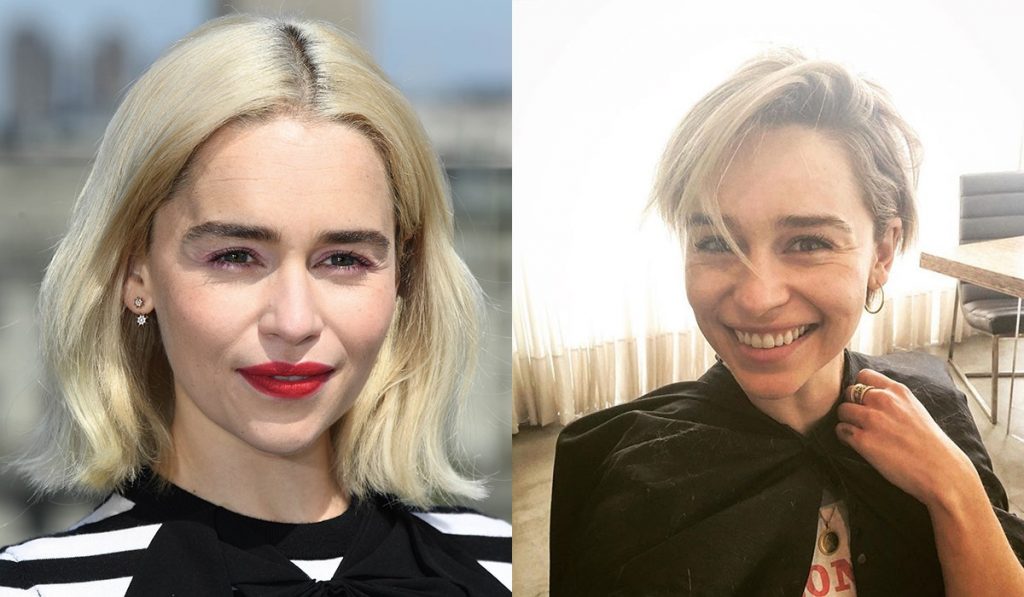 Emilia Clarke was finally letting go of the platinum blonde hair she was rocking throughout all the years filming for ‘Game of Thrones.’ Instead, she showed off her refreshing new short haircut because all that platinum was actually ruining her hair! 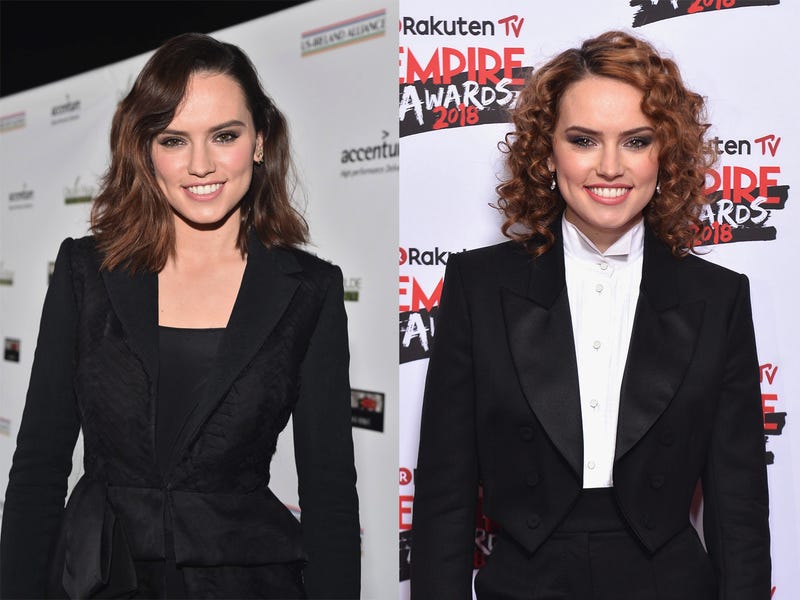 The ‘Star Wars actress who played Rey looked different on her recent red carpet appearance with the new curls. 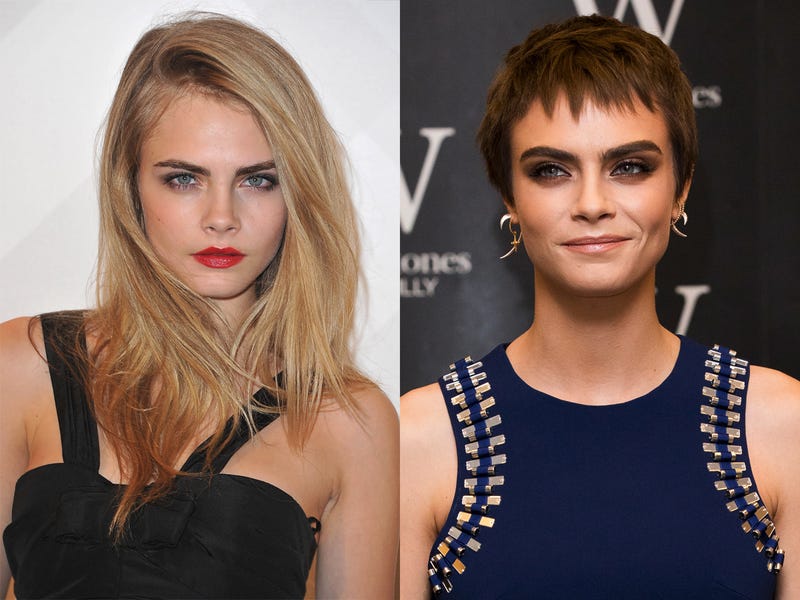 The model and actress had no qualms when asked to shave her gorgeous long hair bald back in 2017 for her role in “Life in a Year.” She’s growing it back out now and recently modeled it as a pixie haircut. 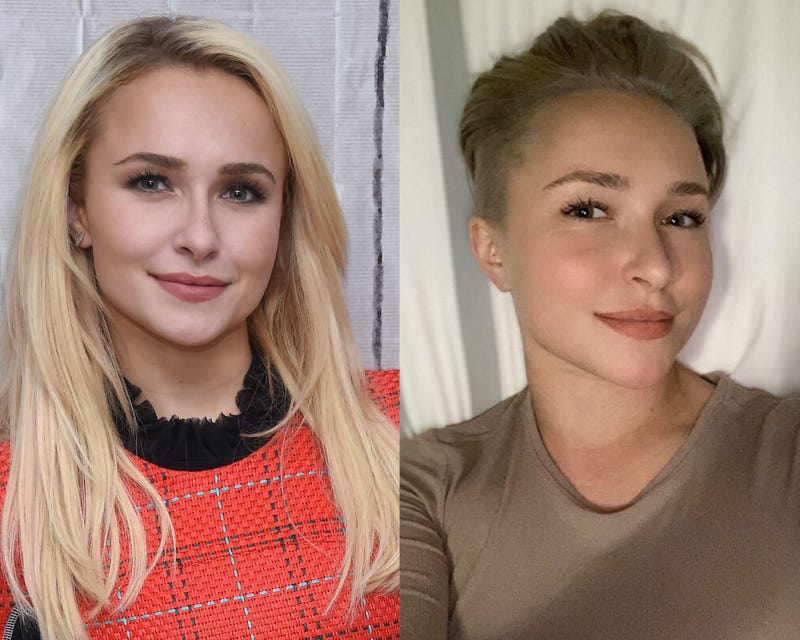 The actress had gone on a hiatus from social media and the last people saw her, she had that iconic long, blonde hair. She returned and surprised fans with her new pixie hair cut in her natural, brown hair. 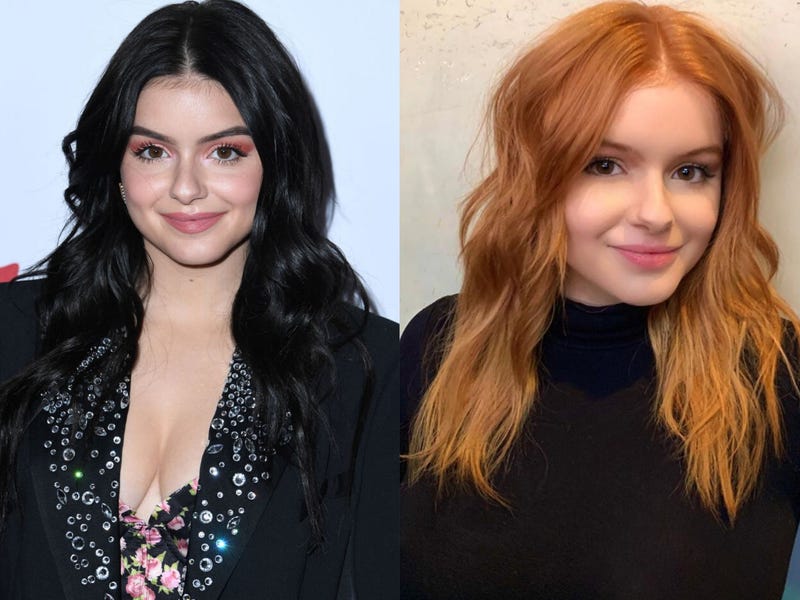 Ariel Winter’s changed out from her pitch black hair to brown-red after she finished filming for “Modern Family” final season. 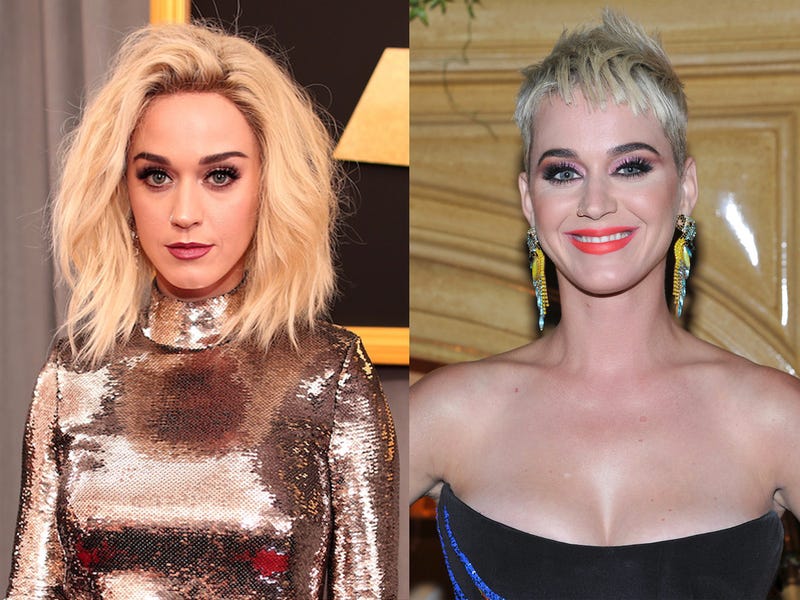 Katy Perry loves playing with fashion and hairstyle. But this pixie hair cut probably stirred the most buzz among all her choices back when she was promoting her album, “Witness.” 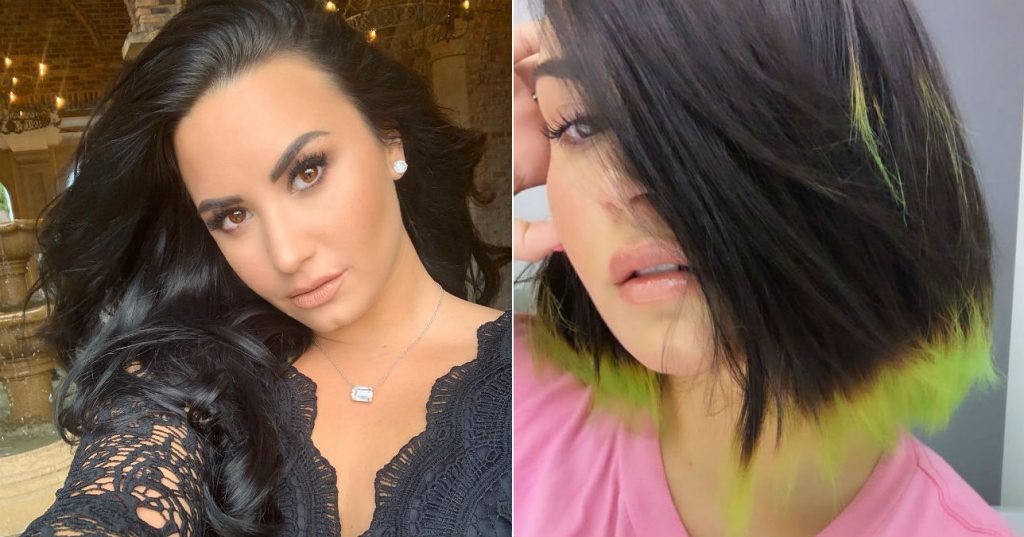 Demi, who was long known for her voluminous wavy, long black hair, changed up to a short bob with Billie-like neon green shade at the tip of her hair. 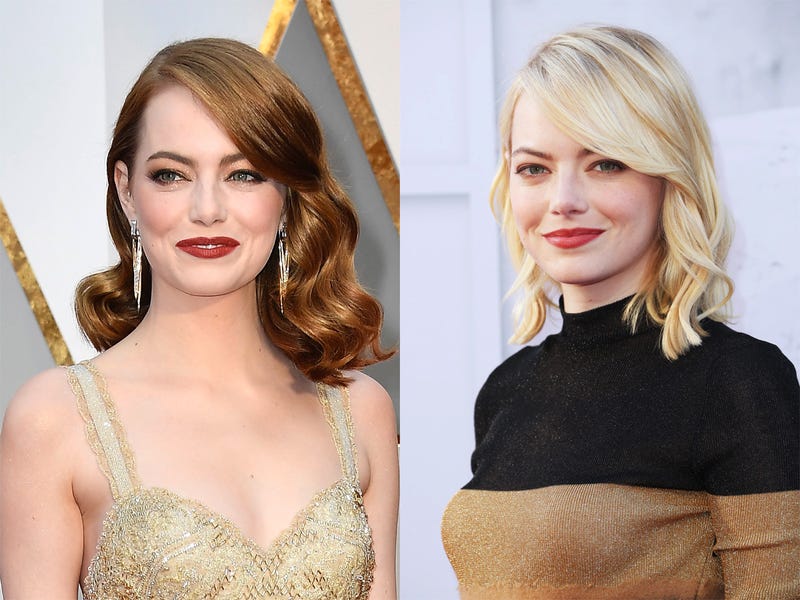 Emma’s choice for a lighter shade of blonde is such a flip from her usual strong red lips and auburn red hair image. 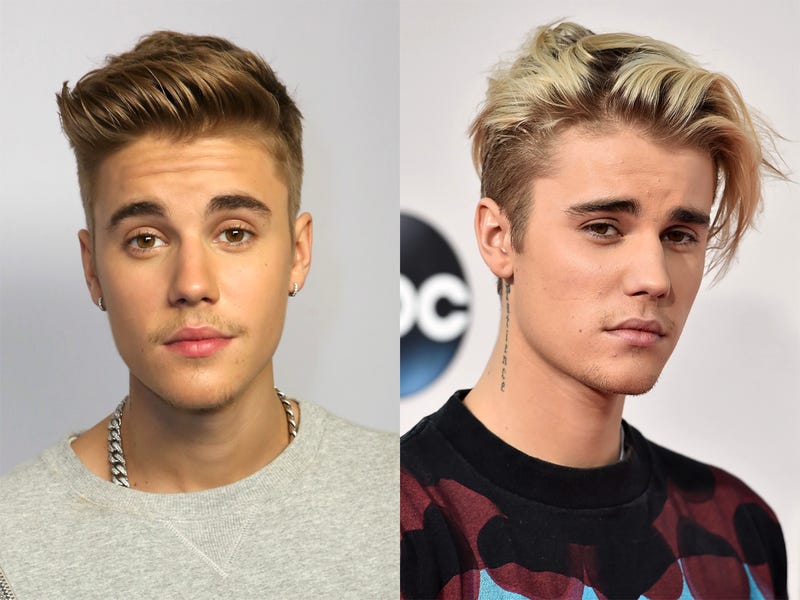 Singer Justin Bieber’s look changed when he appeared with the blonde hair we all are used to now back in 2015. It had somehow given the impression of Bieber finally becoming an adult. 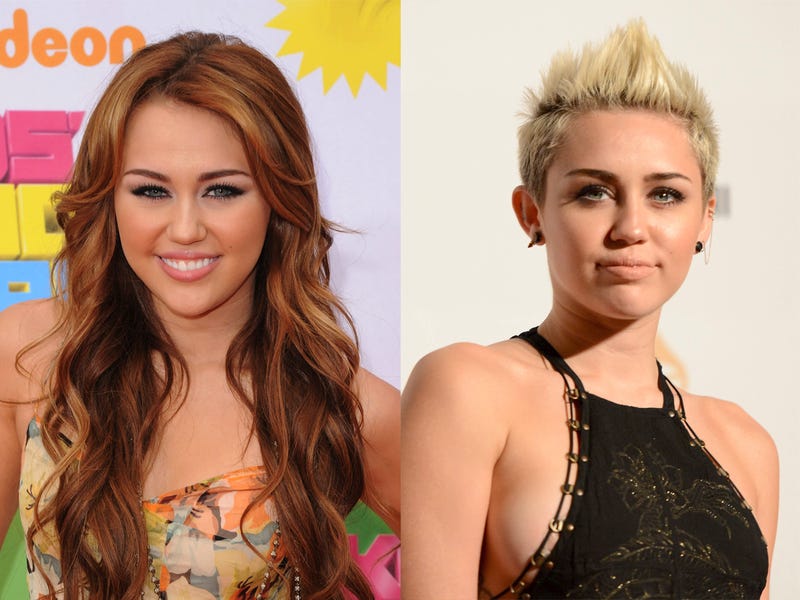 Probably one of the most surprising transformations ever was when Miley finally broke off her ‘Hannah Montana’ shell. She donned her pixie haircut, which was probably the least shocking thing about her new image. 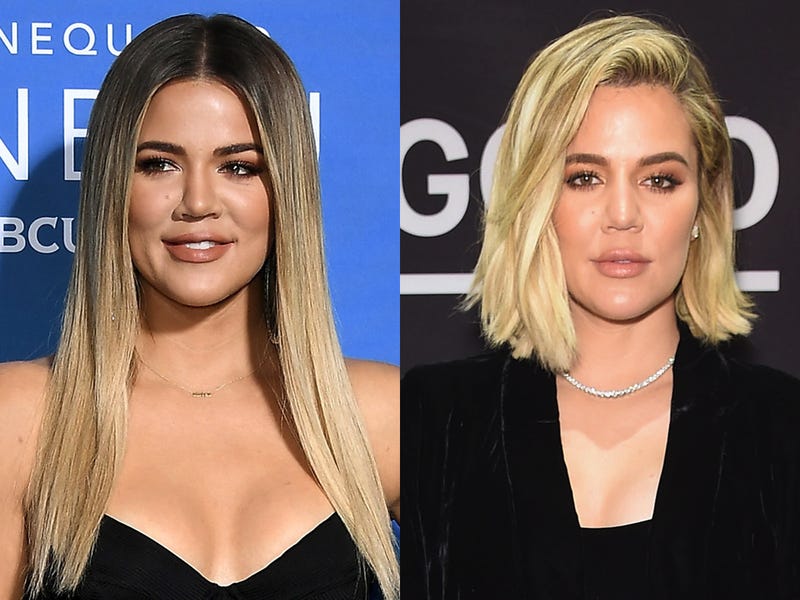 Khloe Kardashian cut her hair short ever since she bore the role of a mom and gave herself that mature woman look. 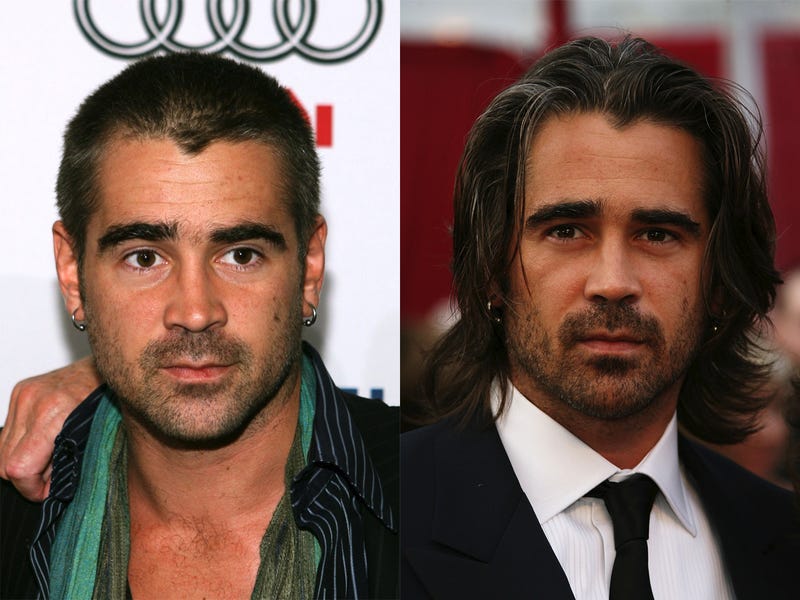 Action movie star Colin Farrell is recently embracing back his long hair again, although he’s known to have left his hair long before cutting them short and then leaving them to grow long again. 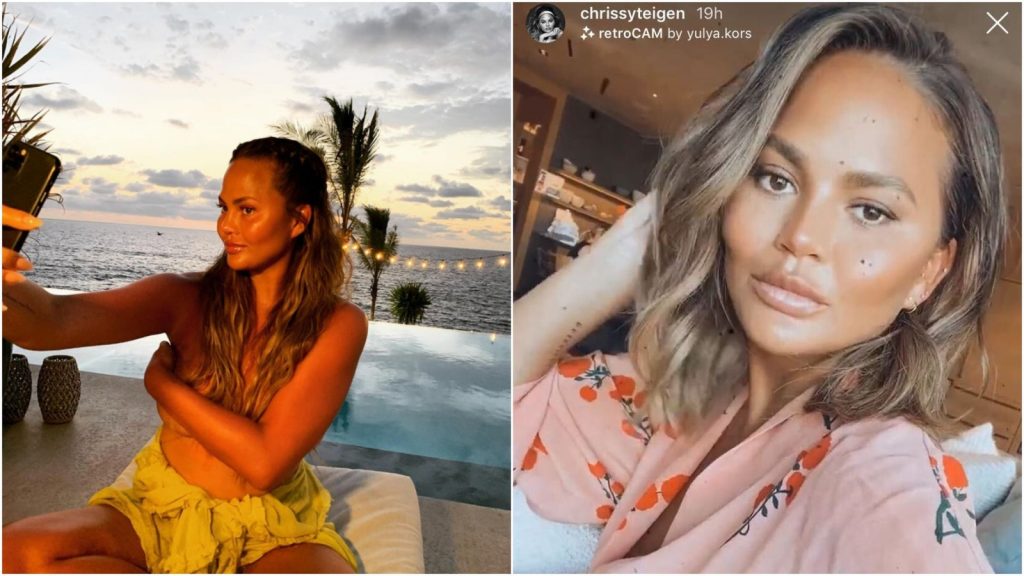 Chrissy Teigen is definitely fond of this short haircut as she had them before at the Grammys in 2019. 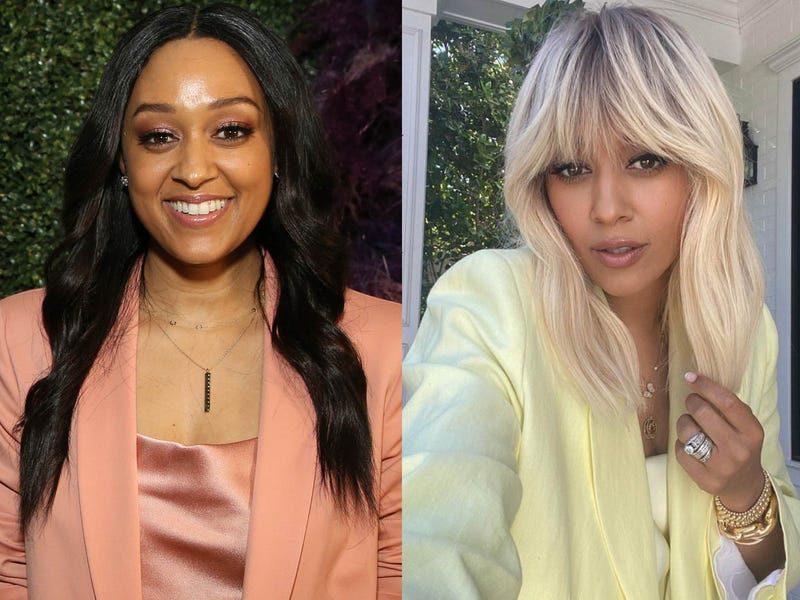 Tia couldn’t help showing off her new look with the ashy blonde hair she got together with bangs. She’s also open about getting natural hair and shows her strands of gray hair. 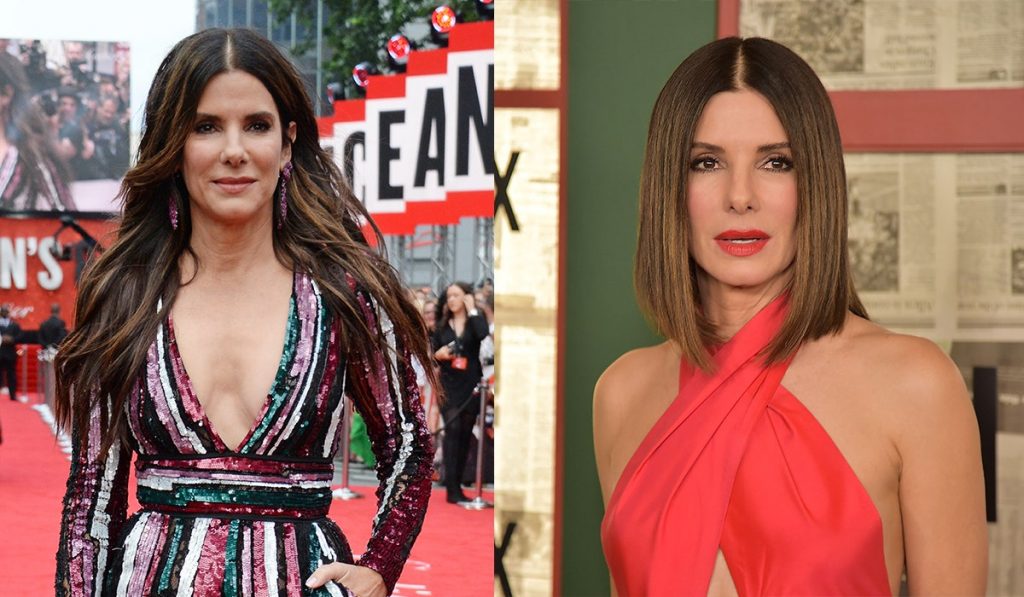 Sandra Bullock had to change her hairstyle drastically for her two big hits in 2018, ‘Ocean’s 8’ and ‘Bird Box.’ She learned how simply changing; she felt like she can be in the character of the person she was acting. 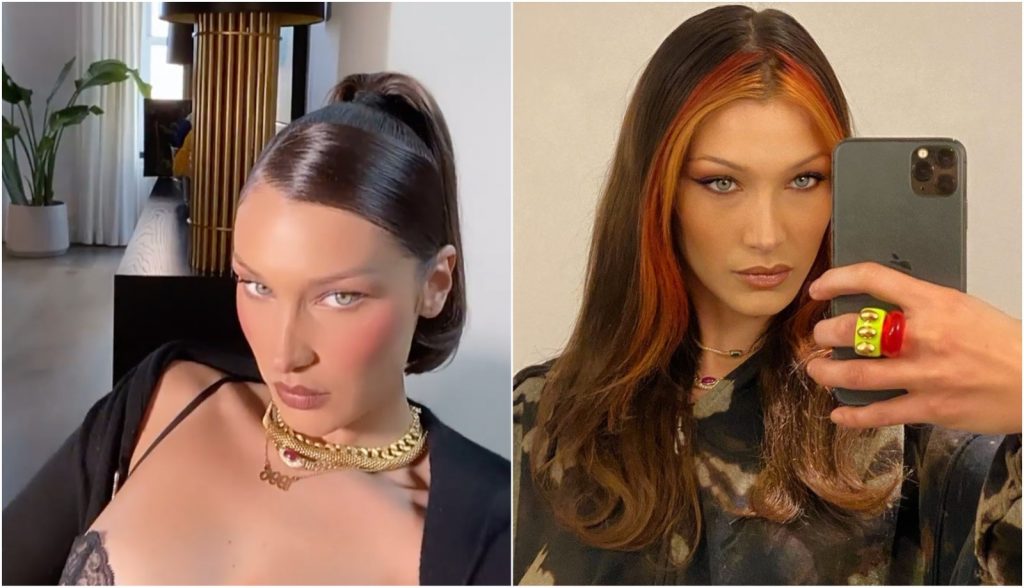 Bella Hadid colored the ‘money piece’ sections of her hair with red and orange, and to use the fire emoji to describe her looks couldn’t have been more accurate. 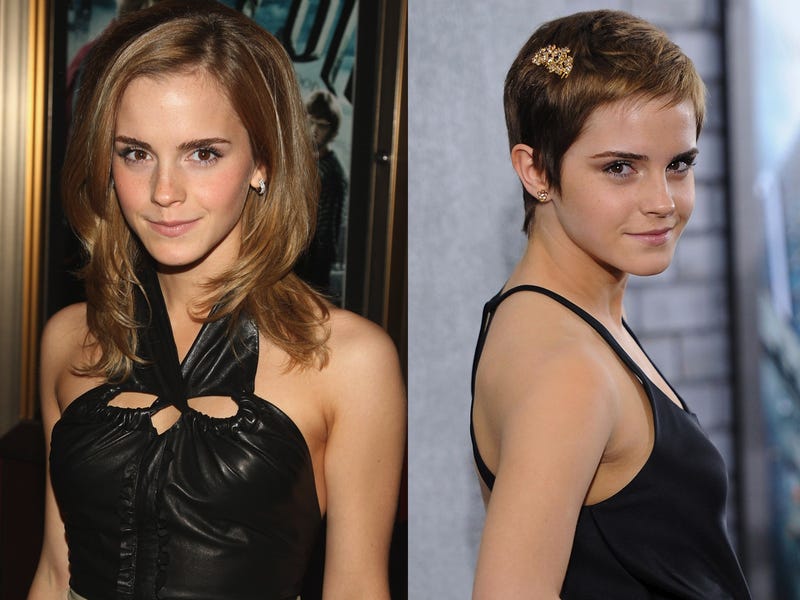 Hermione Granger, the character she acted as in ‘Harry Potter’, was known for her long hair. One of Emma’s first things to do after finishing her role was chopping her long hair into a pixie cut. 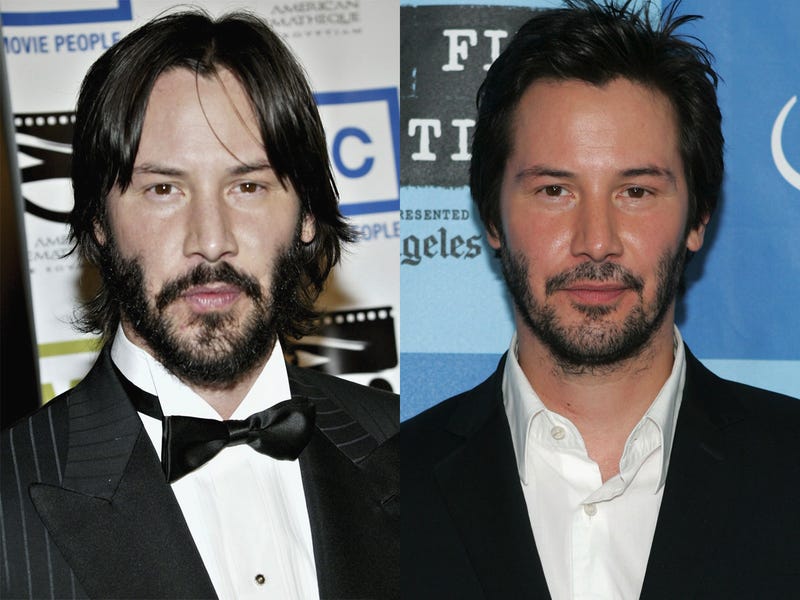 People can’t deny that Keanu Reeves aged well like fine wine. But he’s decided to go back to his younger times’ clean cut after ‘John Wick’ season passed, leaving only a bit of his beard while cutting his hair short again. 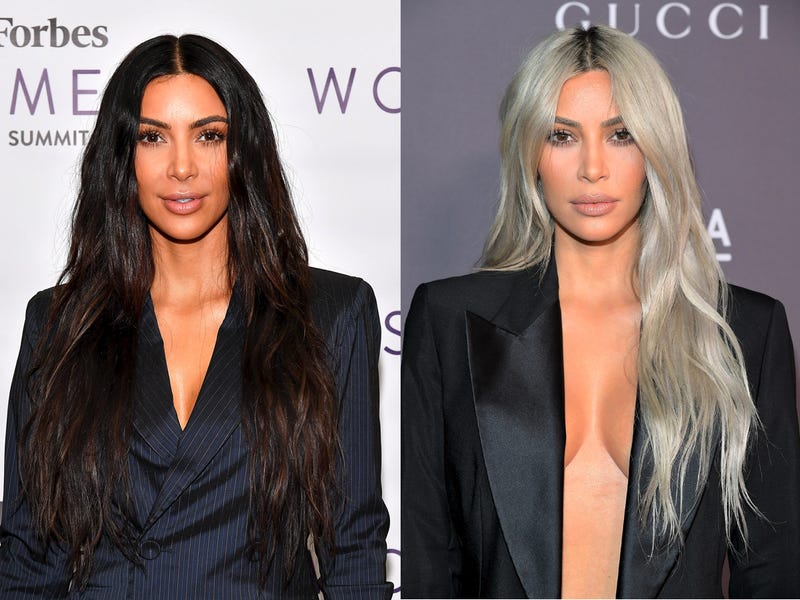 From black to silver – Kim Kardashian’s silvery ash was a pleasant surprise for many in 2017 as it looked super refreshing. 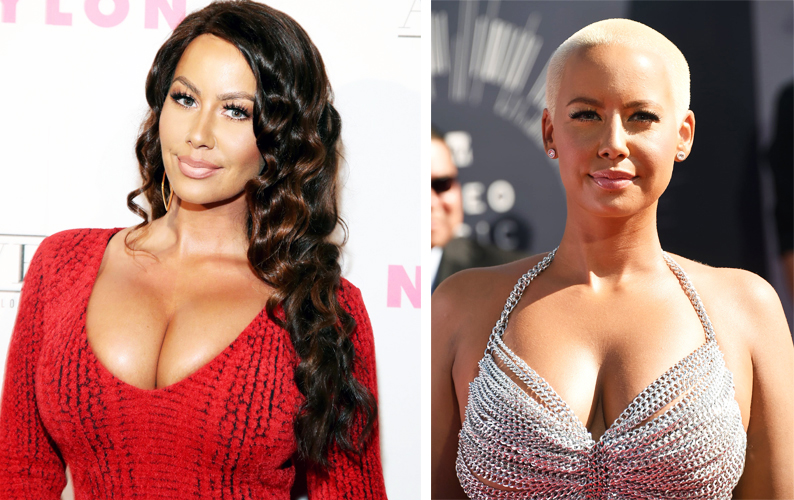 She sported her signature-dyed blonde buzz-cut hair for 14 years. In 2017, she tweeted some photos of herself which featured Amber Rose's long hair. She has been shaving her head bald twice a week since the time she was 19 years old.
Tags: #Beauty #Celebrity #Fashion #Lifestyle #Women #Hair #Celeb Hairstyles #Hair Transformations #Celeb Hair Transformations