The image of a baby with long nails recently went viral, and it has since been flooded with reactions and harsh comments. Internet users are mainly focused on the mom, who had placed the lengthy nails to her baby’s fingers. The photo initially emerged on Facebook, and it showed that an infant had a manicure with inch-long claws. It equally showed a woman’s thumb gripping the baby’s tiny hand. “I can do your babies nails. Cheap rates.” The woman captioned the post later shared on Twitter.

A photo of a baby with pointed sharp talon-like nails went viral, and it has since been met with criticism. 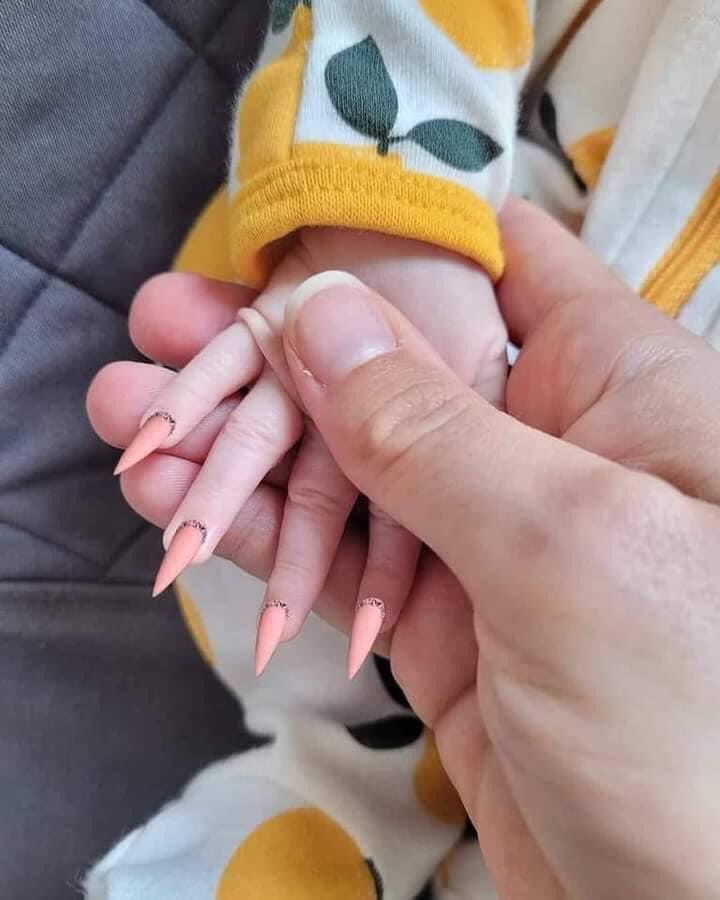 In an image, the baby can be seen with pointed sharp talon-like nails, while in another, the baby appeared to have been given a rounded edge. The mom incredibly showed off her skills at perfecting the stiletto shape, a square, and an oval edge. But without hesitation, people pointed out the danger of the child’s nail, which was in three different styles.

In an image, the baby can be seen with pointed claw-like nails, while in another, the baby appeared to have been given a rounded edge. 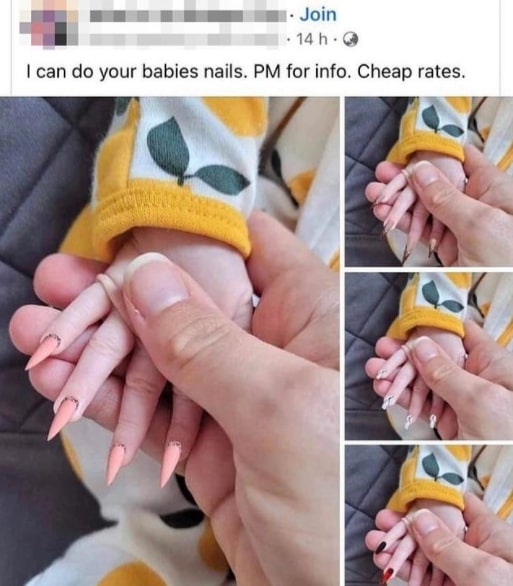 “Baby nails are sharp enough as is; I can’t imagine equipping my daughter with claws. Hard pass.” A user commented. The bizarre Ad was equally shared on Reddit, and it sparked outrage from fellow parents. “You’re supposed to keep your baby’s nails cut short, so they don’t hurt themselves. This is trashy and f***iing stupid.” A second commented. 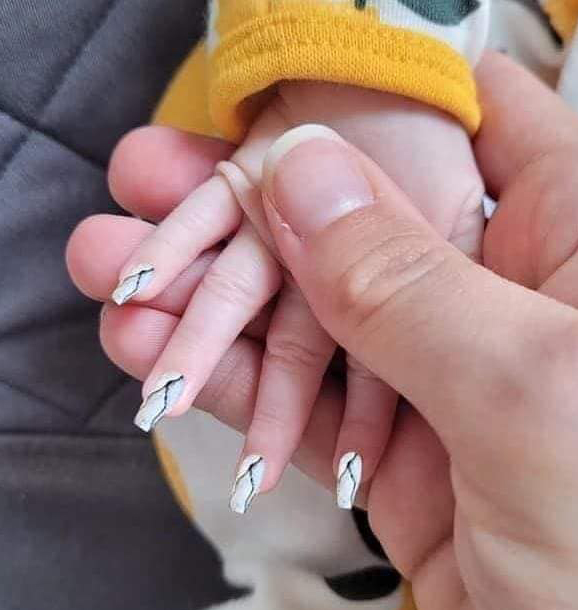 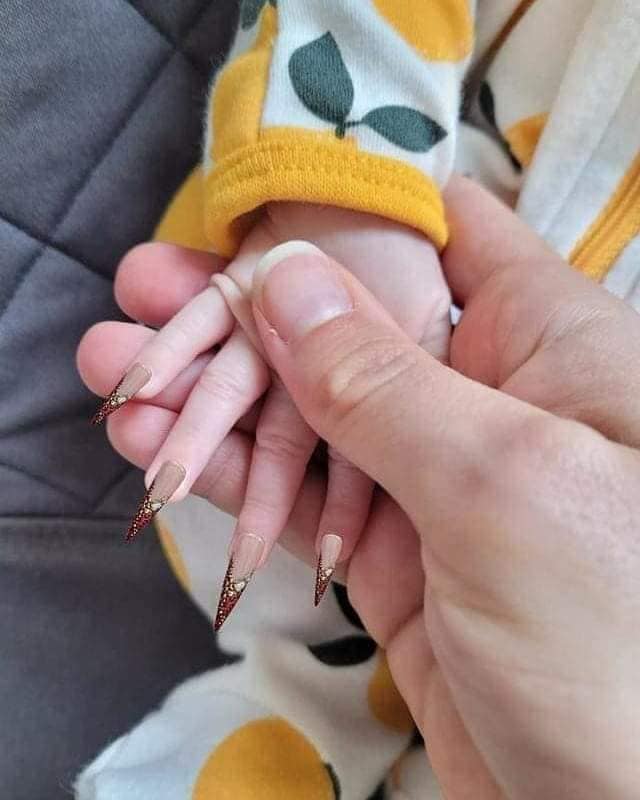 But without hesitation, people pointed out the danger of the child’s nail saying it's incredibly dangerous.

Another added: “This is highly dangerous. Babies often times poke themselves in the eyes or face, and even without nails, they’ll leave stretch marks. This is straight-up stupid and will only harm the baby further.” However, a few opined the nails could’ve been photoshopped on. Besides, it isn’t the first time this odd trend has gone viral. In December 2020, a photo had emerged showing a child with sharpened nails that could tear your face right up.

A few people claim the bizarre Ad which featured an infant's nails could’ve been photoshopped.