We can be pretty sure that the relationship between a married Spanish couple ended with this viral video. What started as a warm, happy occasion of a baby shower almost turned into a slugfest as the husband reveals to the guests and family members that his wife had cheated on him. His friend, who seemed to have known the plan before filming the incident, recorded the faces of everyone when Miguel, the husband, dropped the bomb on everyone.

The husband became the host and introduced to everyone, "This is my lawyer. We have over here a document." 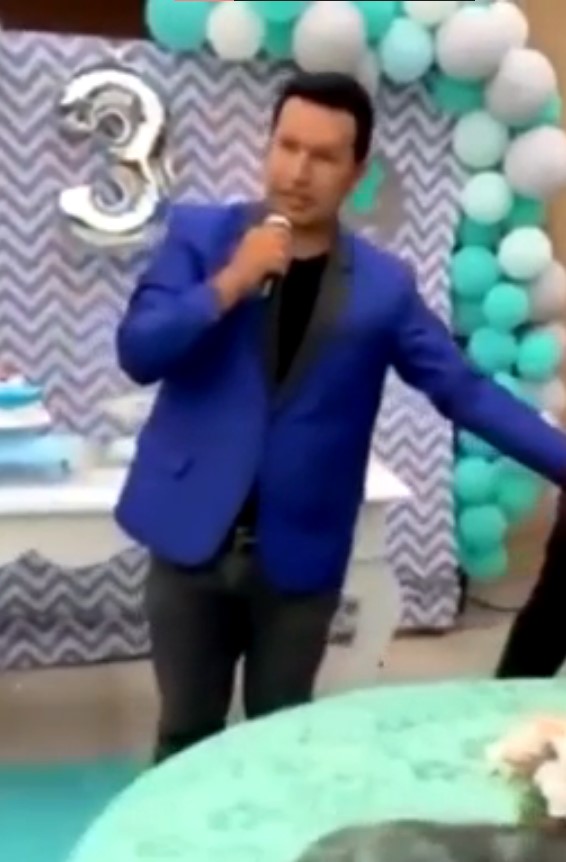 "You guys all know that I'm expecting a boy. Here, look, I have the pregnancy test," 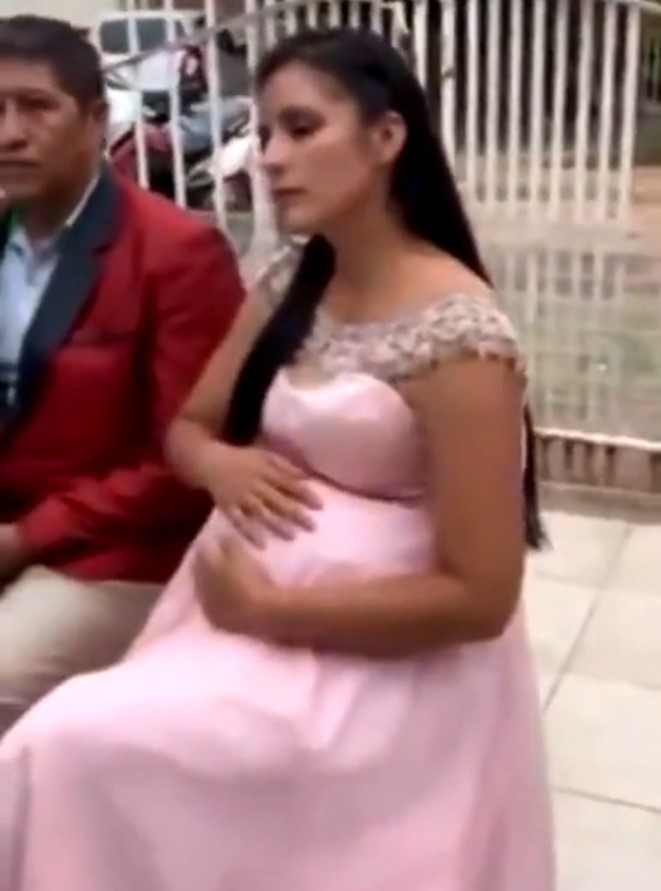 The guests began with cheering, but soon, the wife's face changed as the husband began to reveal his intentions.

"You guys know I'm gonna be a dad," the man said. "But you know what, you guys overlooked an important detail."

The husband took out a medical test on the wife's pregnancy and showed it to the guests there.

"Here is proof that she isn't 4 months pregnant but in fact she is 6 months pregnant. I just want to clarify a small detail. Here's a document that states that the house is under my name but what is exactly my argument here?"

Panicked, the woman called out to her husband, "Miguel, Miguel!"

The lawyer swiftly took out his laptop and played the video where the woman was caught having an affair with a man.

He announced to the party why he went on with the event despite knowing this, "That isn’t my child, this party is for these two." 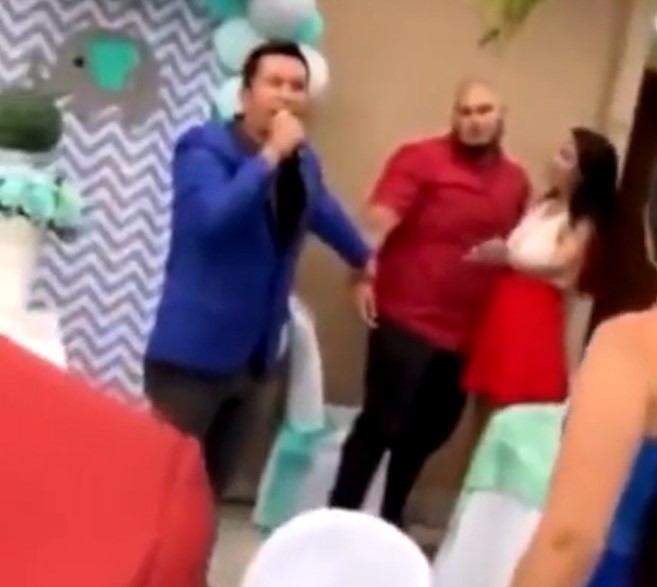 A scuffle broke as the woman's father threw curses at the man the woman was having an affair with. 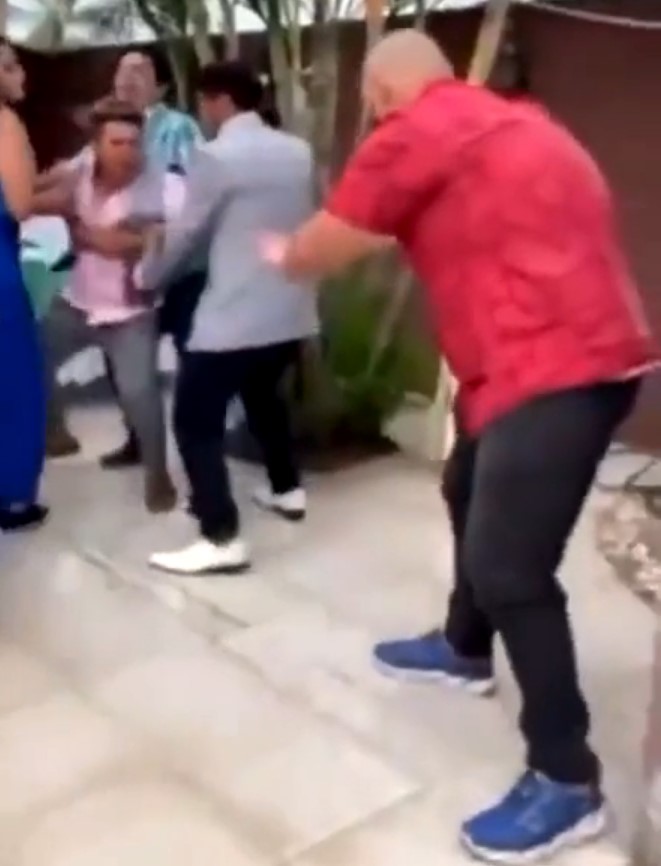 The guests were cursing the man, cakes were thrown and things almost got violent. The bald man was promptly removed from the premise by force as he walked away with another guest that covered him.

The bride's father was enraged, " What is your husband talking about? With this f***er? You f**k have been visiting my daughter at my place (directed at bald guy)."

On the other hand, the wife quickly ran after her husband who walked out of the party after doing a 'mic-drop.' 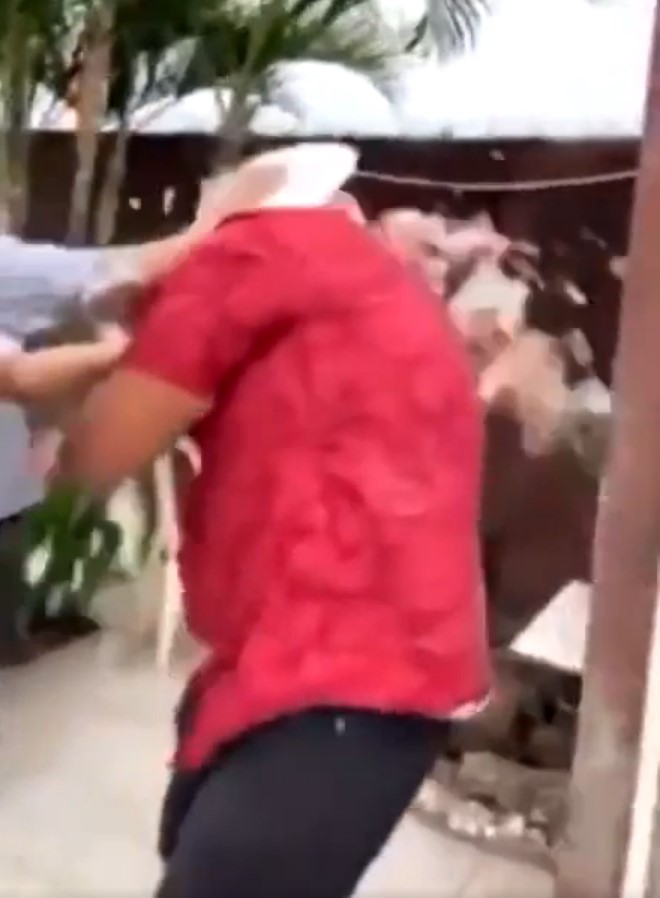 The husband also revealed that they've been cheating for three years. 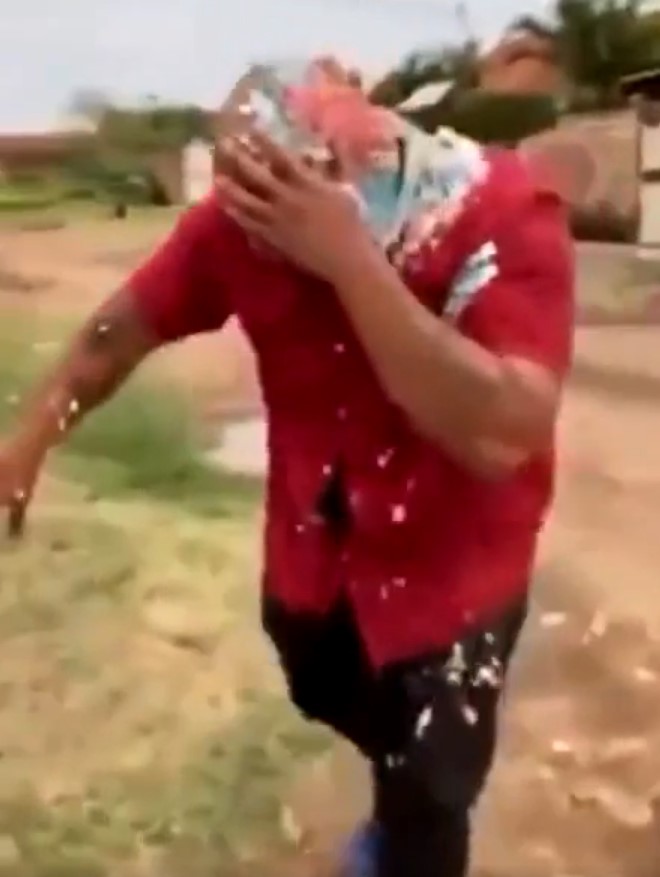