Both fashion week and red carpet are known for delivering some of the most daring fashion outfits. Over time, the event's reputation has become a thing anticipated, especially as it’s typically graced with eye-catching assortments of risqué attires. And when Fashion Weeks concludes, many people tend to reflect on the fashion witnessed both on and off the runway.

Recent collections seemed to have migrated quickly from the catwalk to the red carpet. As proof, style photos are emerging, and they undeniably can’t be resisted without taking a glance. Besides, the assorted outfits have remained an inspiration for fashion bloggers and even designers. While models get to rock the look first, celebrities have been recreating the styles to fit their body size and shape. We’ve compiled 18 examples of the mentioned above for your opinion on who rocked it best. Do have a look and share your thoughts! 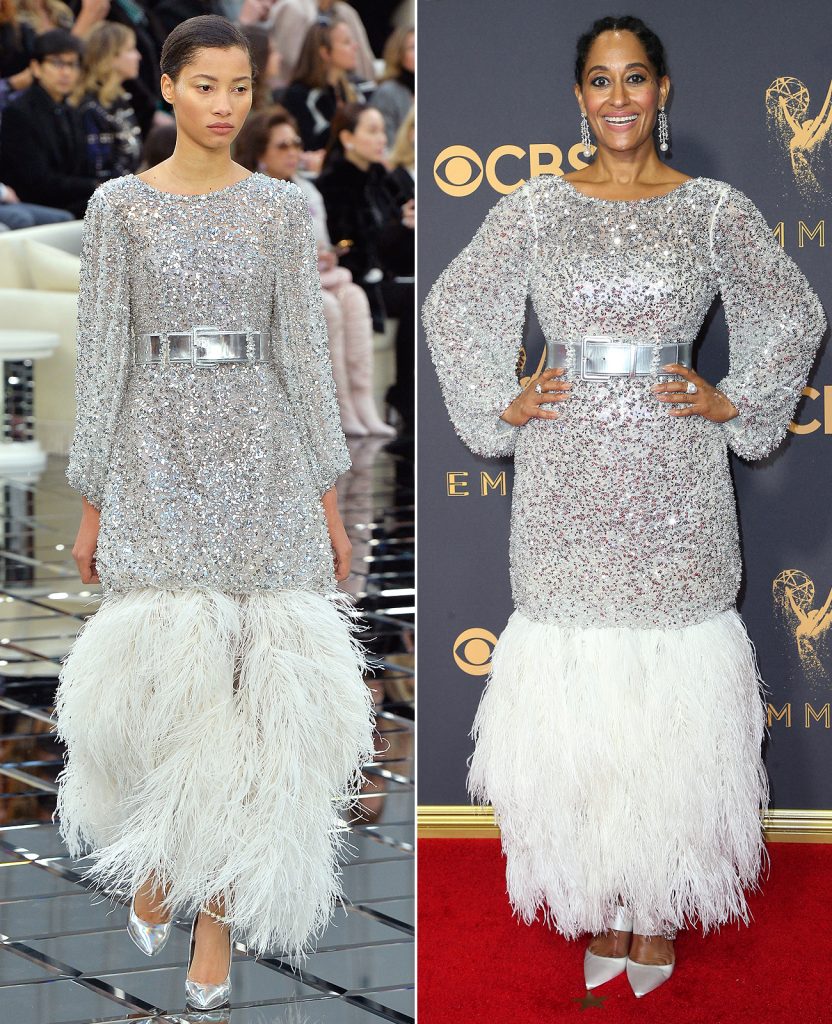 This sequin and feather dress featured 170,000 crystal flowers, glass beads, and silver mirrors that took 1300 hours to attach and a skirt with hand-painted white. Tracee Ellis rocked the dress for the Emmys after it was first showcased during the spring 2017 runaway by Model Lineisy Montero. 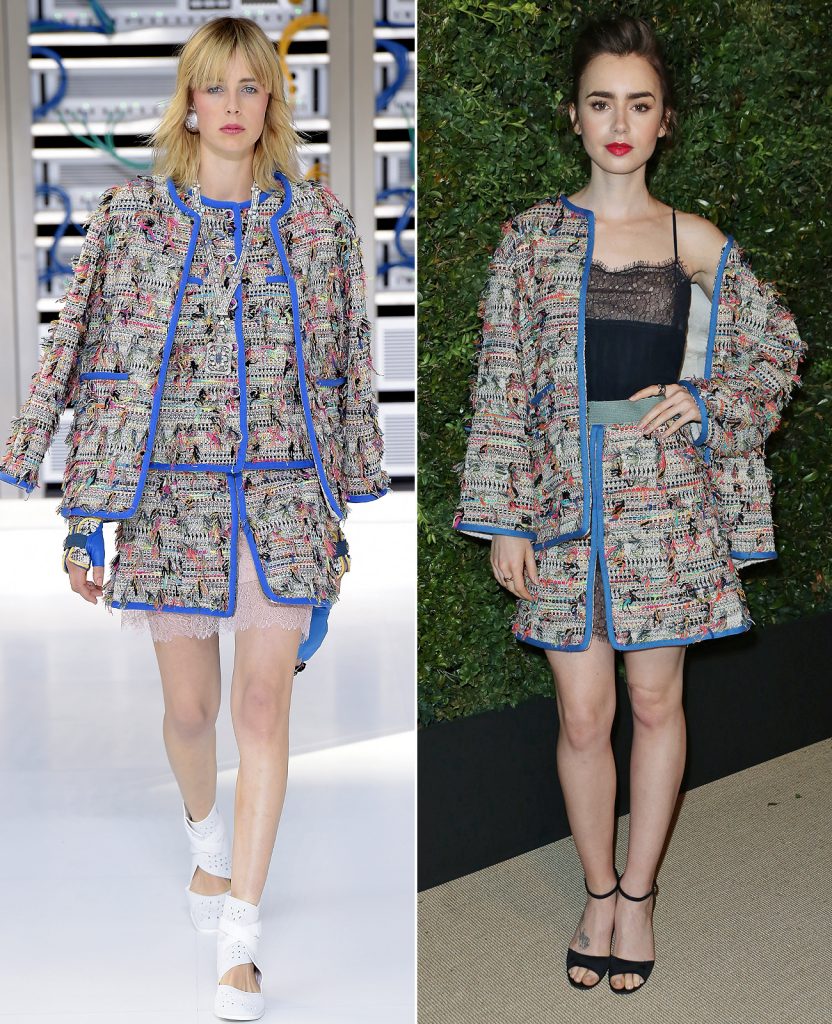 The celebrity added a twist to the original look worn by model Edie Campbell. Lily swapped the white slip for a black one instead. 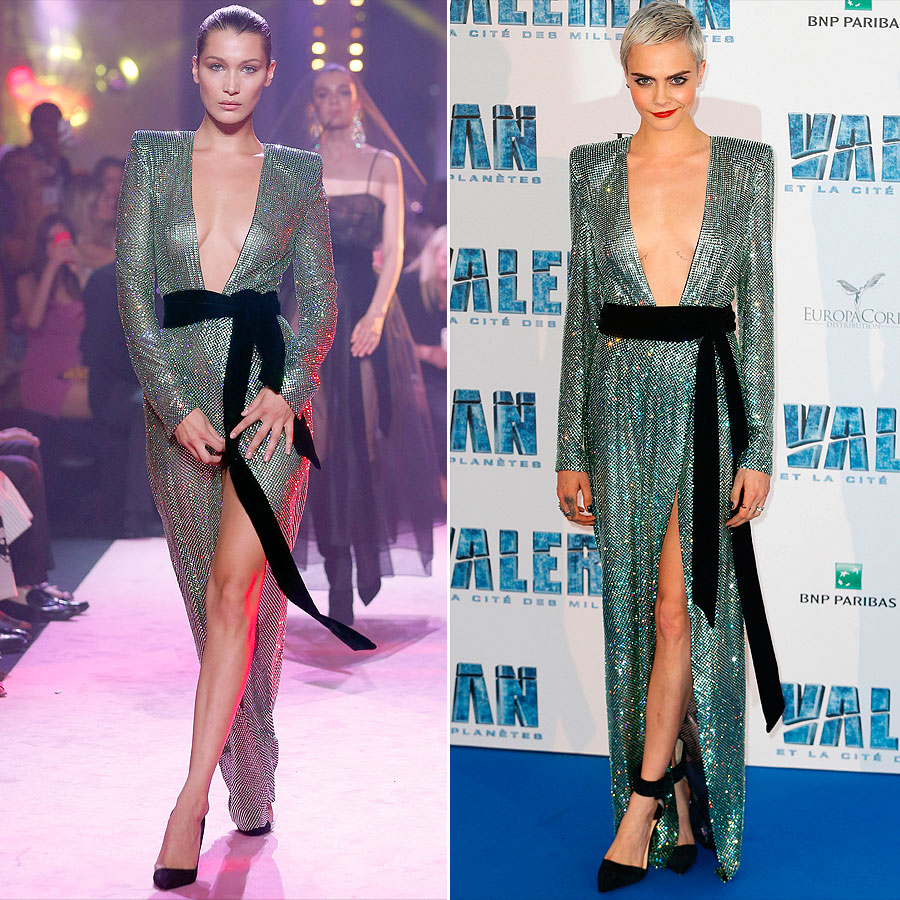 Cara rocked this sparkly plunging high-skit gown to the City of a Thousand Planets and the Valerian premiere. It was originally worn on the runway by Model Bella Hadid, but as seen, Cara ensured her skirt had a bit more fabric. 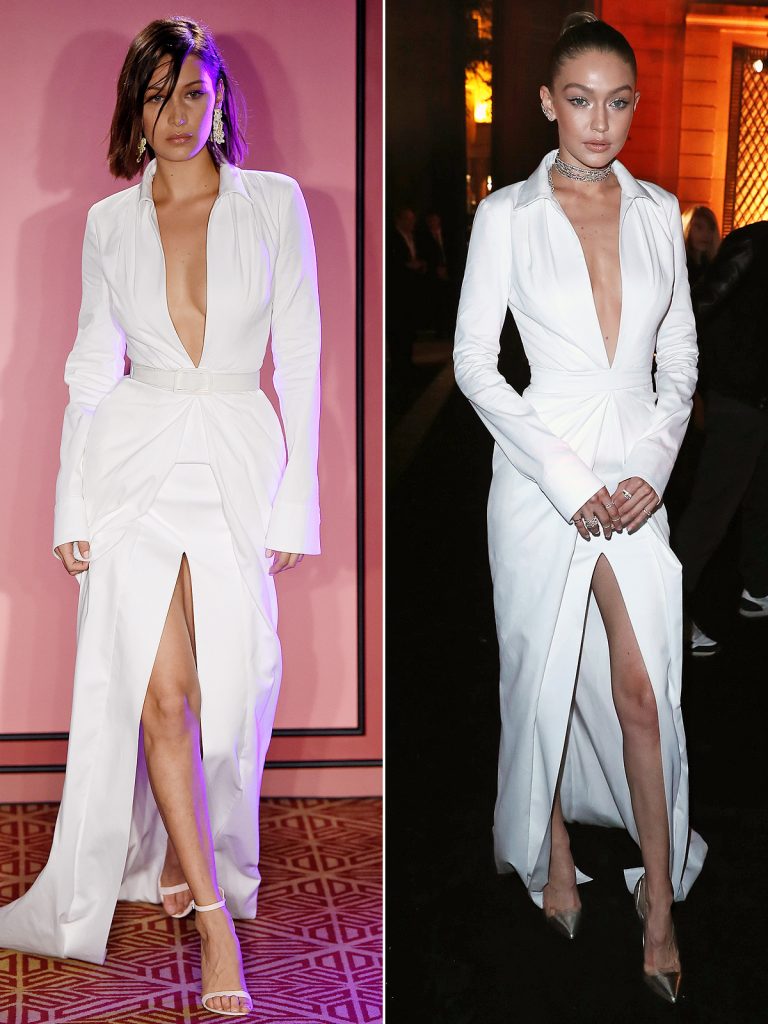 Days after Bella Hadid wore this shirting gown down the Brandon Maxwell runway, Gigi Hadid wore it for a party in Paris with a diamond choker. 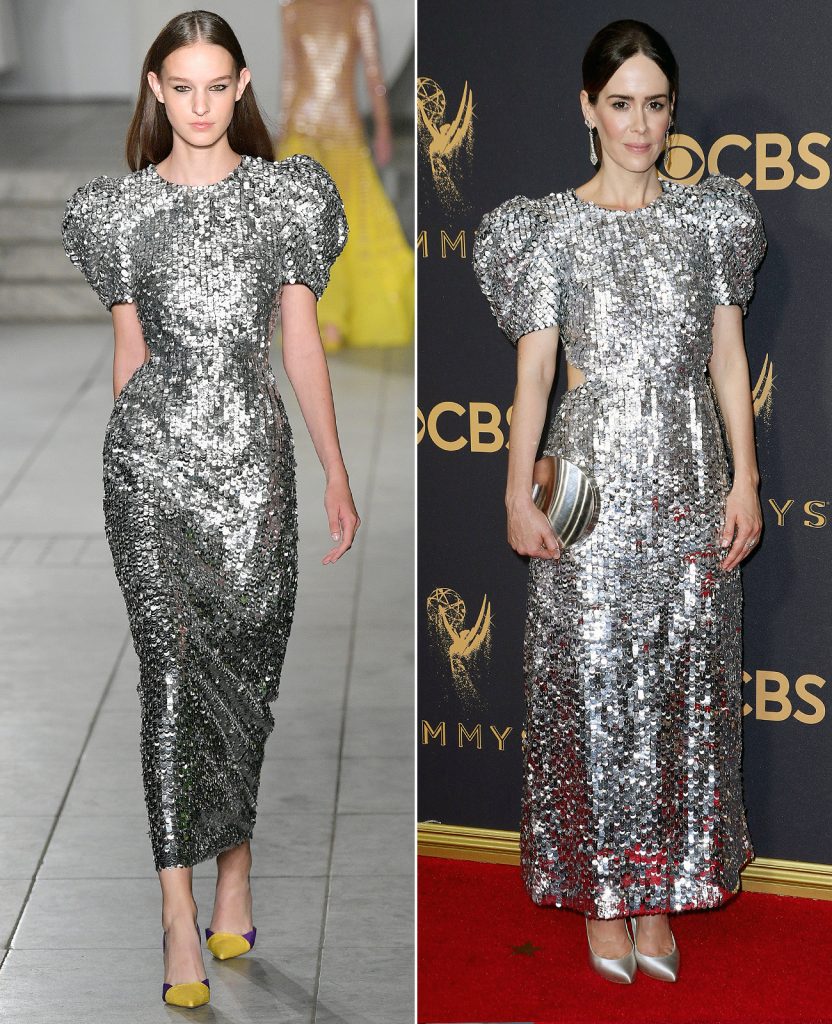 In her words on the Emmys Red carpet, Paulson told PeopleStyle: “They showed it (on the runway) Monday, and now I have it on my bod.” Sarah claims she and her stylist Karla Welch saw the dress on Eva Chen’s Instagram story. She added: “We saw if we could get it, and it came in, and it was great.” 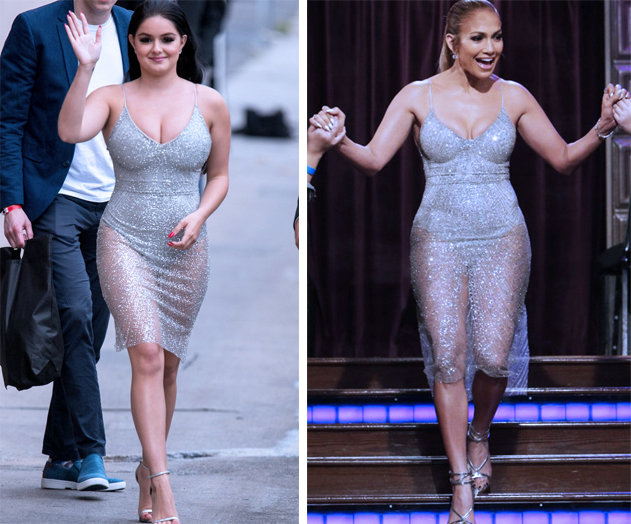 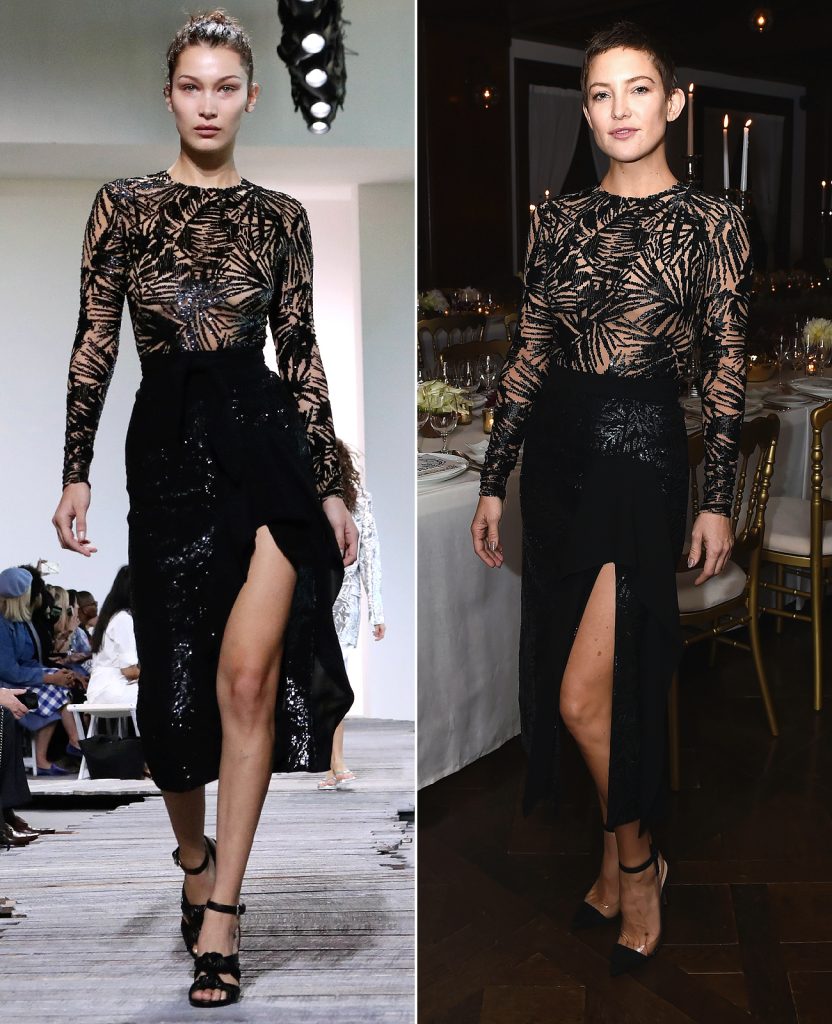 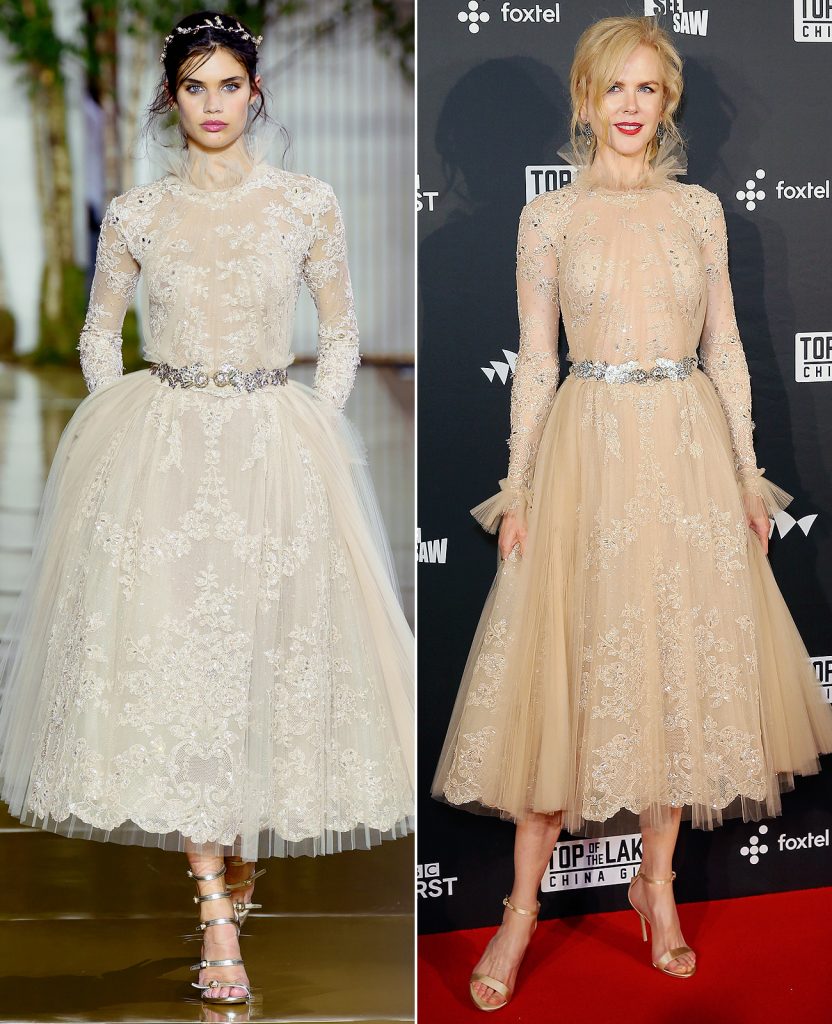 Sara Sampaio first wore this outfit during the fall 2017 couture show. It was later rocked by Nicole, who used a lace tea color to sew her version. 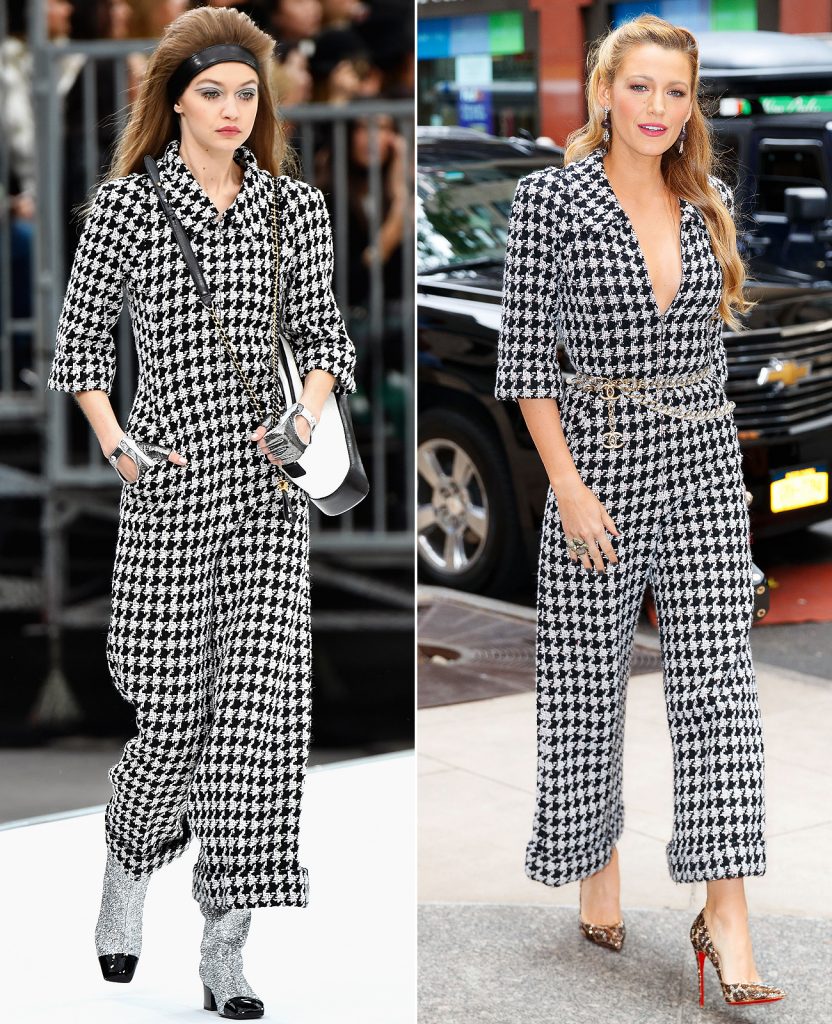 This outfit was one among the seven outfits Blake wore within 24hrs. It was first seen on Gigi Hadid in the label’s fall 2017 runway show, and as seen, Blake made an impression with her fun accessories. 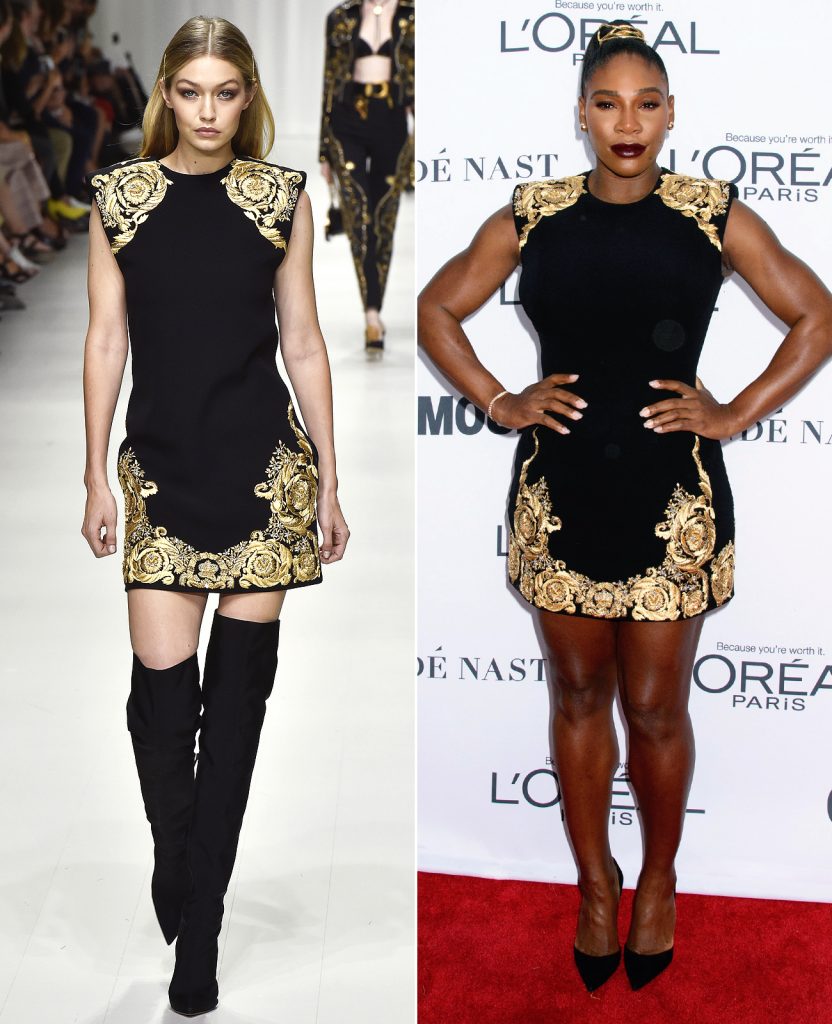 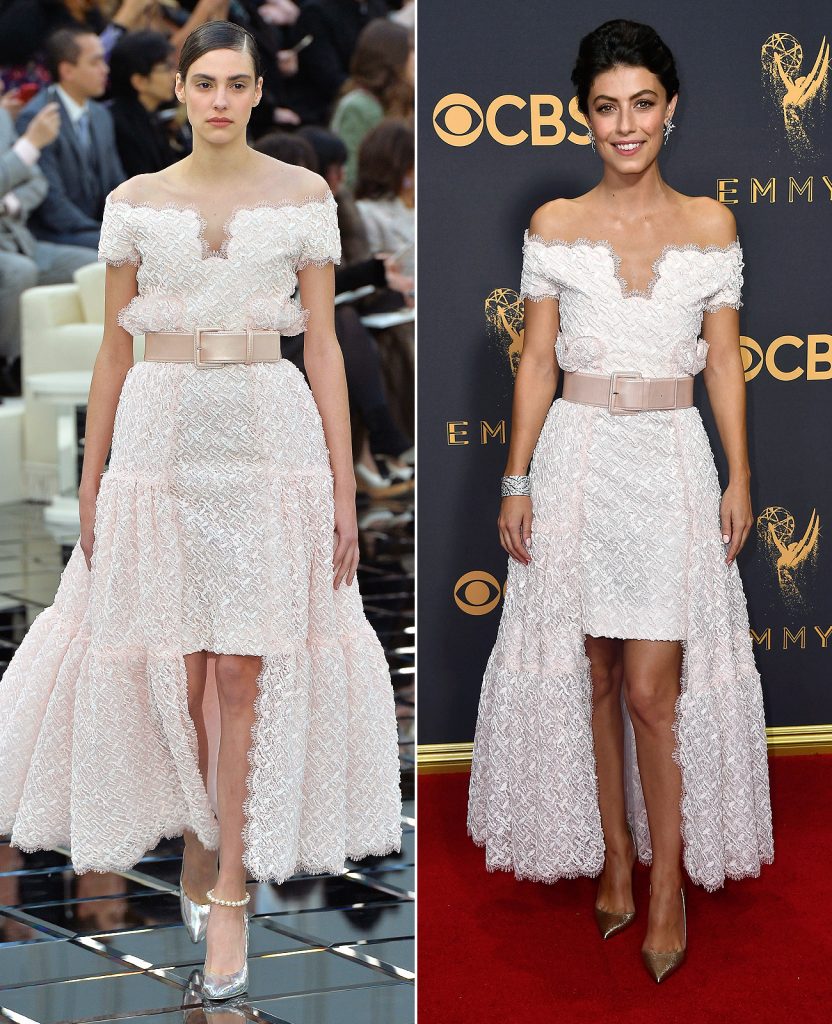 The Master of None Breakout has been on the front row at the fashion house’s shows. So it was much expected when she stepped out in one of Karl Lagerfeld’s designs on the red carpet. Alessandra specifically rocked this pale pink off-the-shoulder dress to the Emmys. 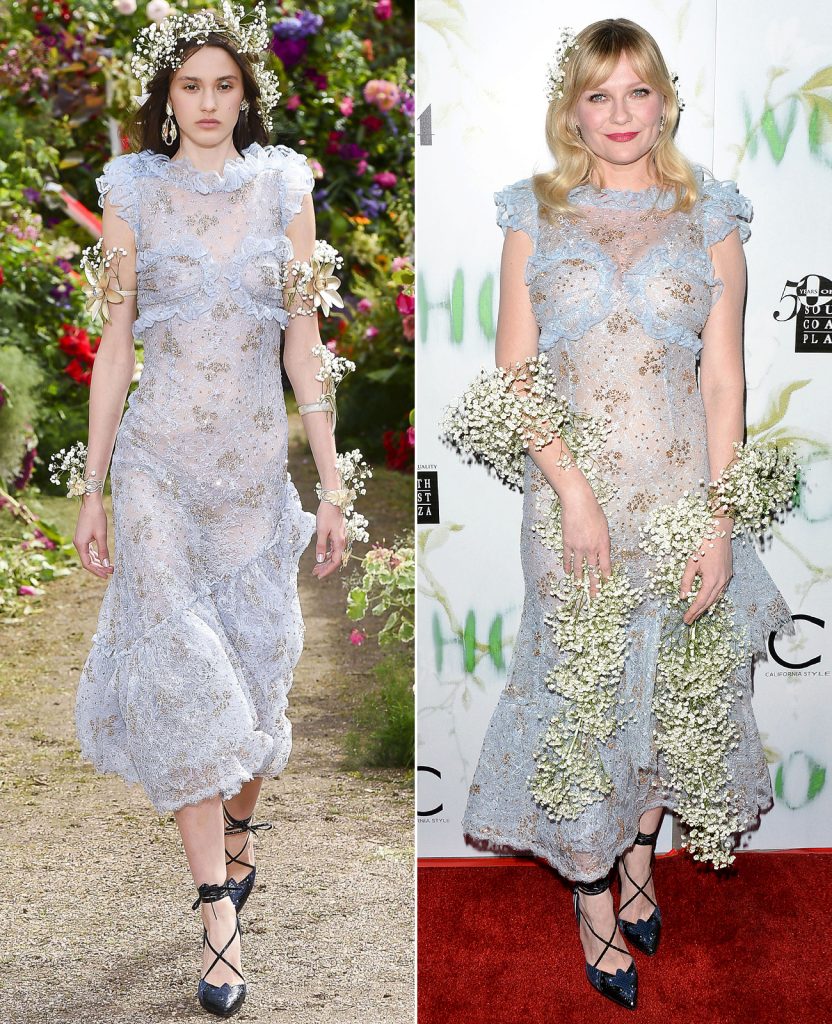 Kirsten, the Woodshock star, wore Rodarte for the movie’s premiere. The star kept her look similar to the version (including shoes) that showcased during the fall/winter 2017 couture runway show. 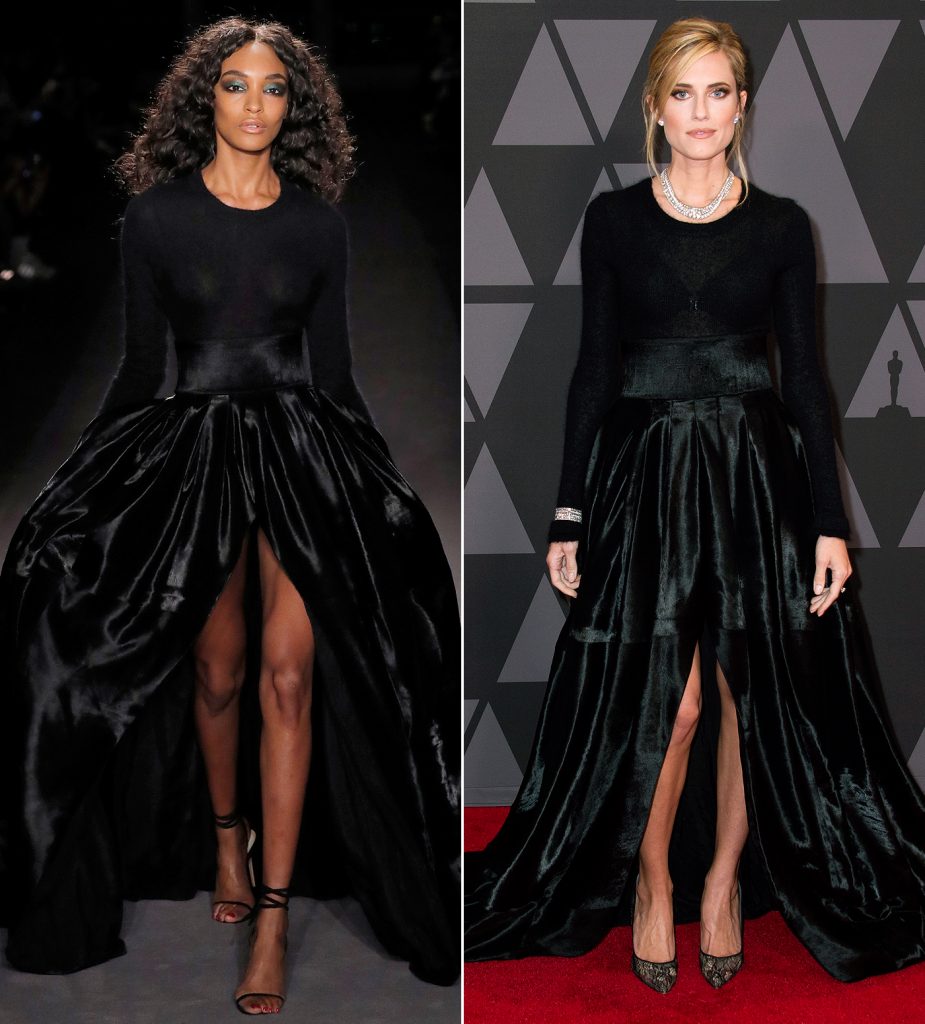 Allison, the Get Out star launched off award season at the Governor’s Awards in a black high-low Ballgown that was first spotted on Jourdan Dunn in the fall 2017 fashion show. Although, Allison topped hers with Neil Lane Diamonds. 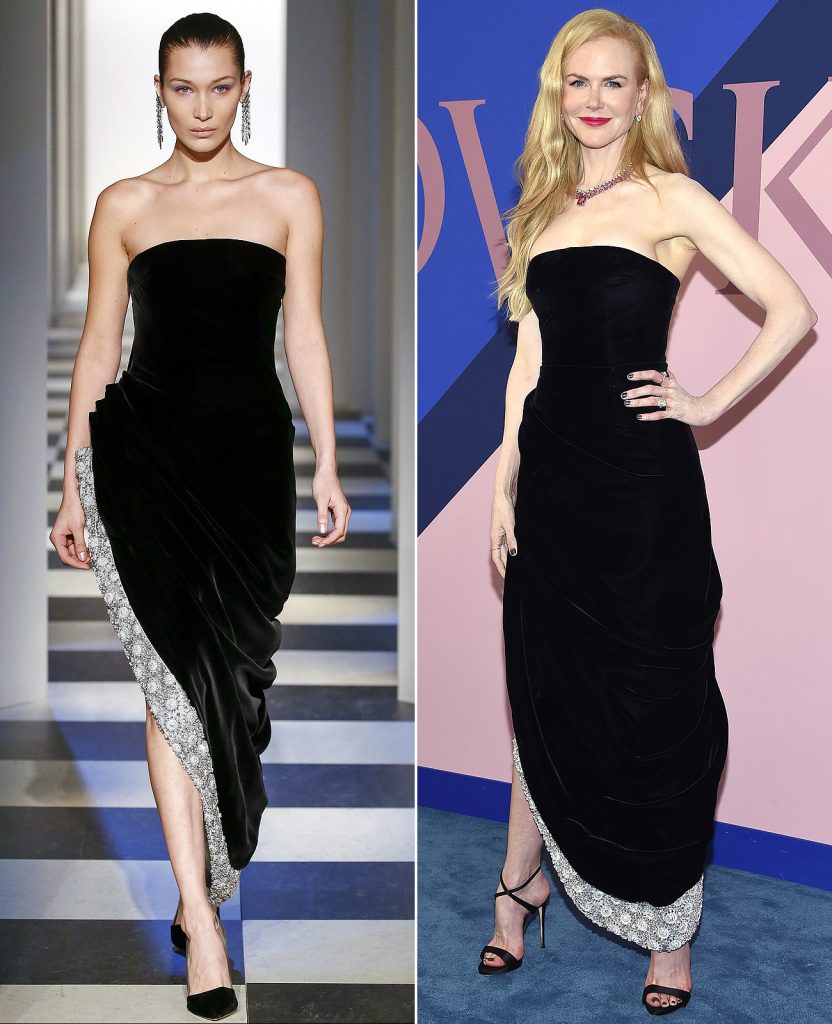 This dress was important for the Oscar de la Renta team, especially as it was the final look in a debut fashion show of new creative directors Fernando Garcia and Laura Kim. Only Bella Hadid has worn it on the runway, while Nicole donned it at the 2017 CFDA Awards. 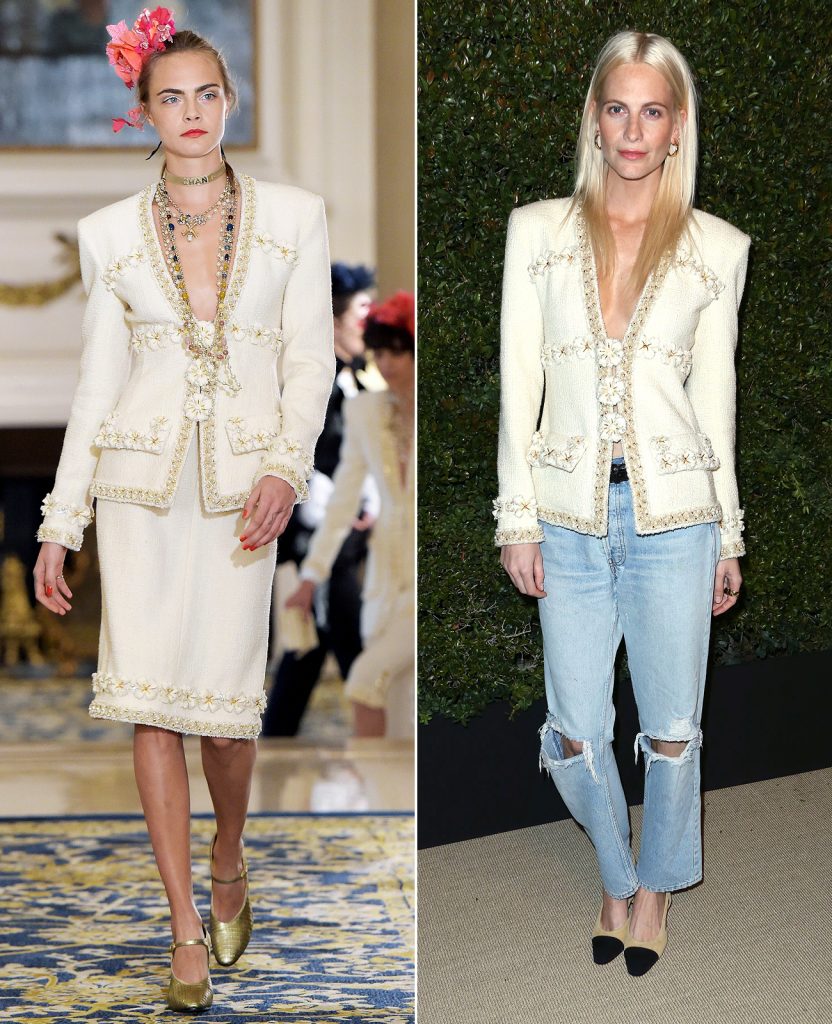 This is a family fashion faceoff! Cara Delevingne rocked this tweed suit on the runway at the Metiers d’Art 2016/2017 show while older sister poppy paired hers with a jacket, BF Jeans, and cap-toe pumps for an event for the label. 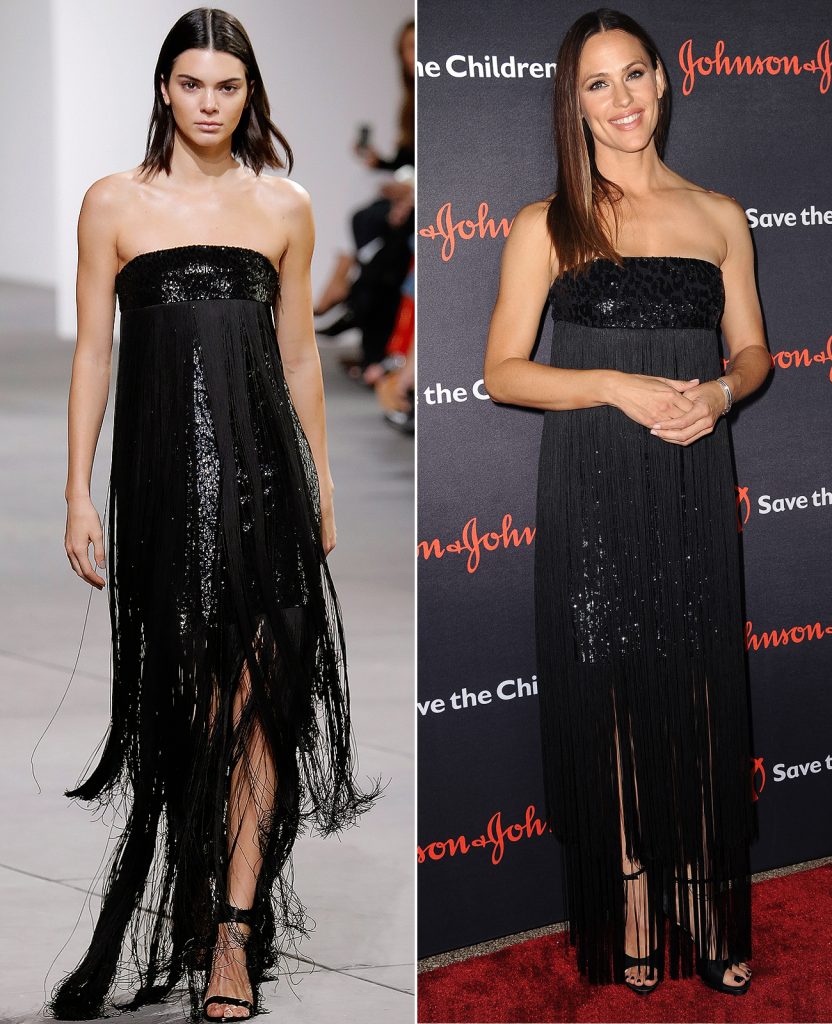 Kendall first modeled this dress on the designer’s fall 2017 runway. But Jennifer kept it classic on the red carpet for the 5th Annual Save The Children Illumination Gala. 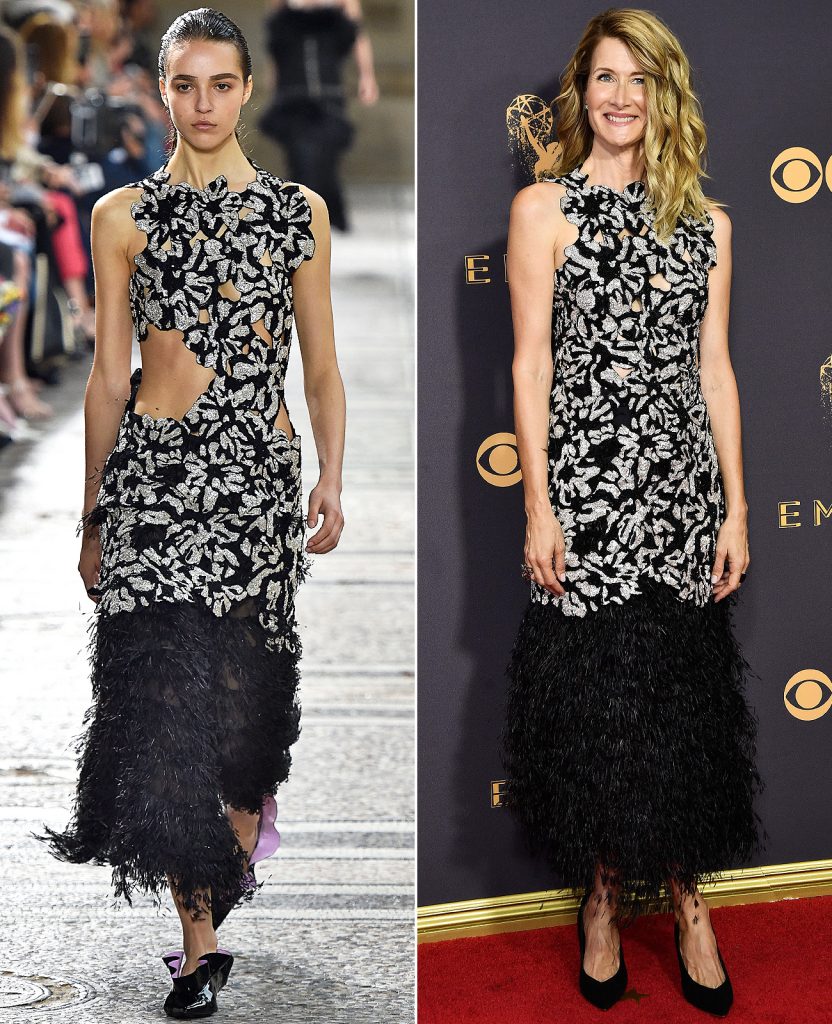 The Big Little lies actress Laura won her Emmy in this floral feathered gown that was first showcased during the spring 2018 show. However, Laura made her version modest as she filled in the side cutouts. 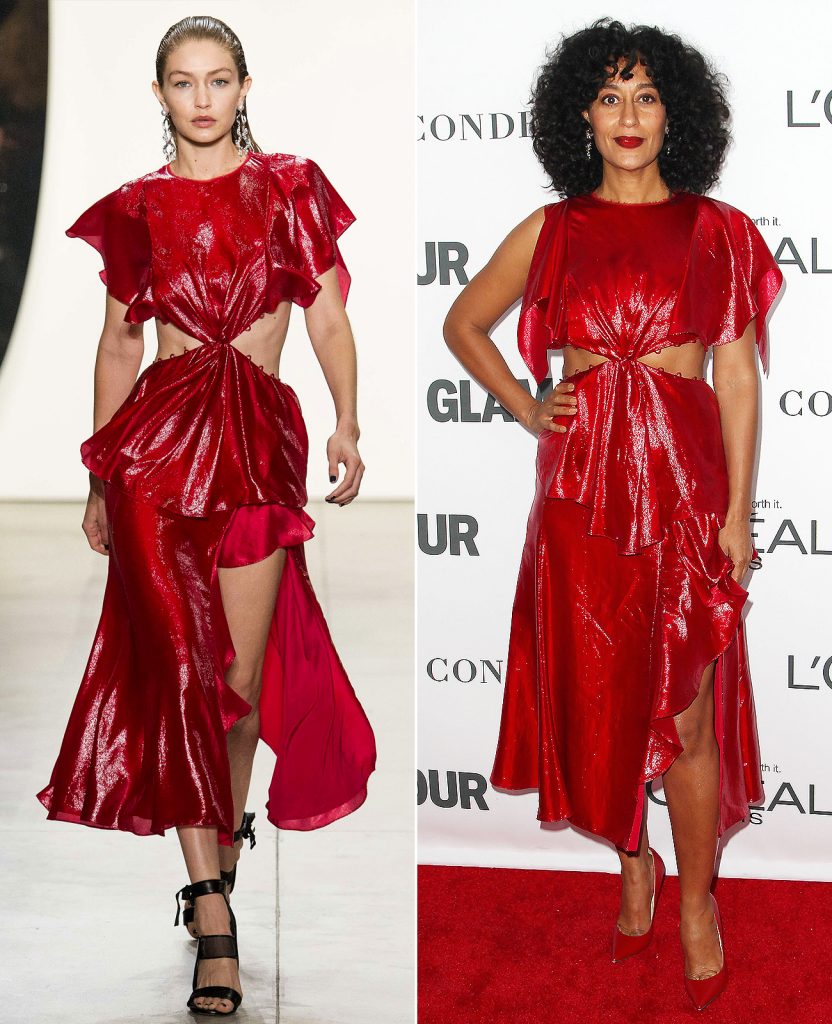 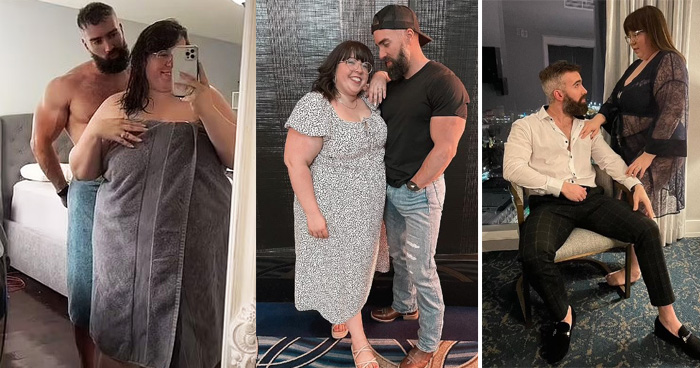 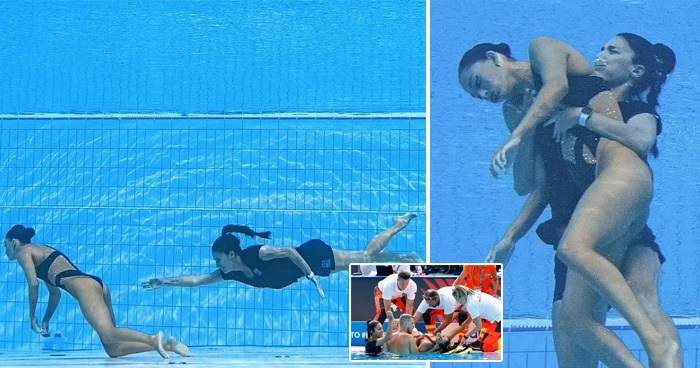 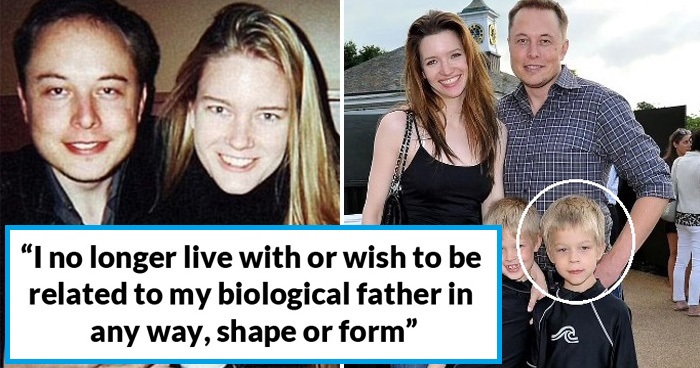 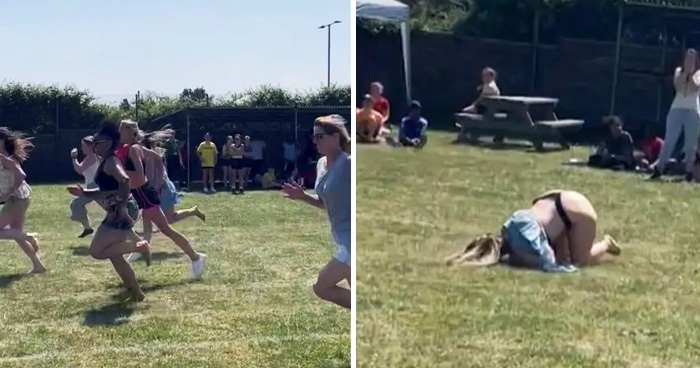