Mom Reveals Her Daughter, 12, is So Allergic To Water Even A Shower Could Kill Her

Children at the age of 12 have begun to show hobbies: some love outdoor activities and sports such as swimming or gymnastics. But a 12-year-old schoolgirl will have to forget that all after she develops a severe rare allergy, which can kill her if she just as much as take a shower or sweat.

Danielle McCraven has hives breakouts every time water touches the surface of her body. While it was unbelievable, Danielle now has to live with this every day and fears having to do basic things such as washing her face.

This is Danielle McCraven, 12, with her mom, Sari, 39. They are both from Haughton, Louisiana. 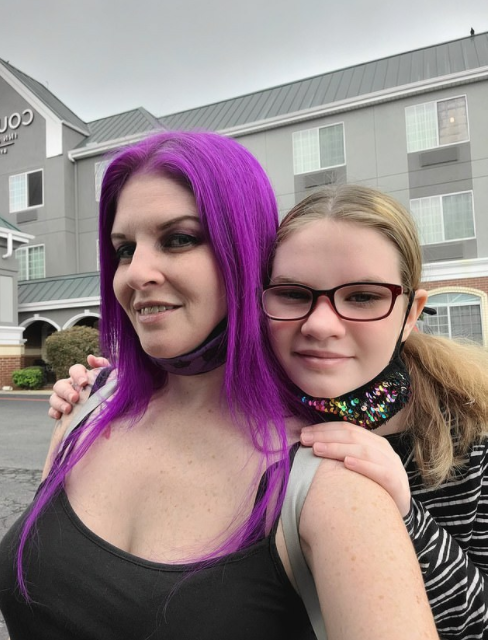 For years, Danielle has always been an active kid and loves going to swim with her friends. But one day, she complained to her mom about getting rashes around her feet. Due to how rare this allergy is, her mom did not believe she could be allergic to it.

Now, one year later, she knows that when she sweats, the allergy will flare-up because Louisiana is humid. She shared, "She used to love swimming, and she was in tears last summer when she couldn't go swimming with her friends. It can cause her to go into anaphylactic shock, or it can get into her lungs if she has a bad break out, so it is life-threatening." 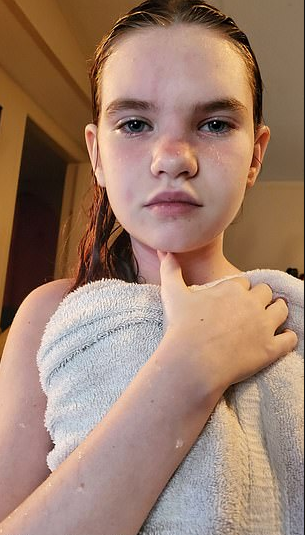 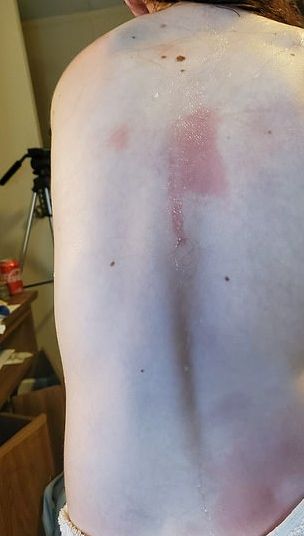 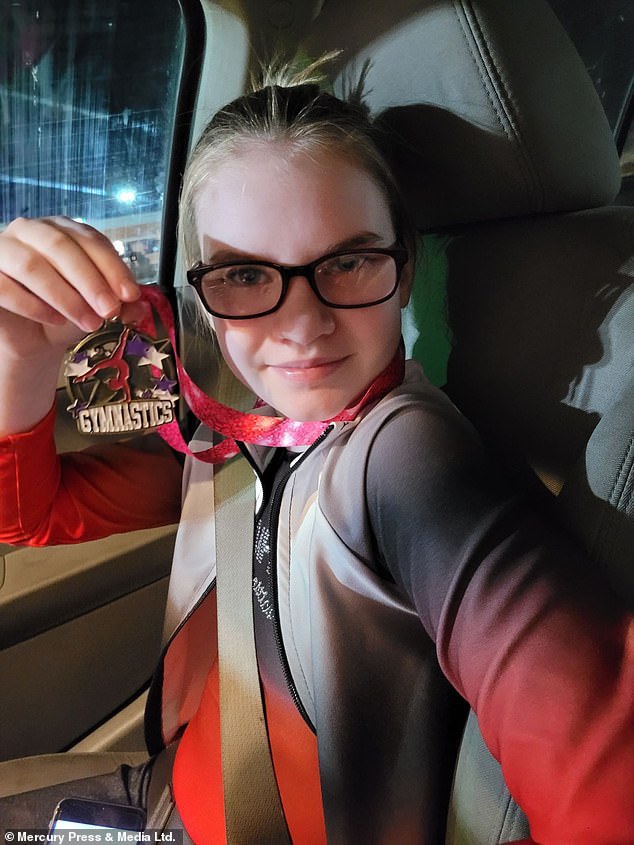 Sari continued, "She's allergic to bottled water, salt water, tap water, but she can ingest it. It's stressful when she needs to wash her face or have a shower because she doesn't want to do it; she's scared."

She added that she always fears watching the breakout covering her whole body, which means Danielle's condition is getting worse.

Danielle's allergy is called aquagenic urticaria and affects less than 100 people around the world. She began developing this a year ago when she was 11, and Sari initially thought it was due to her setting the water's heat too high. 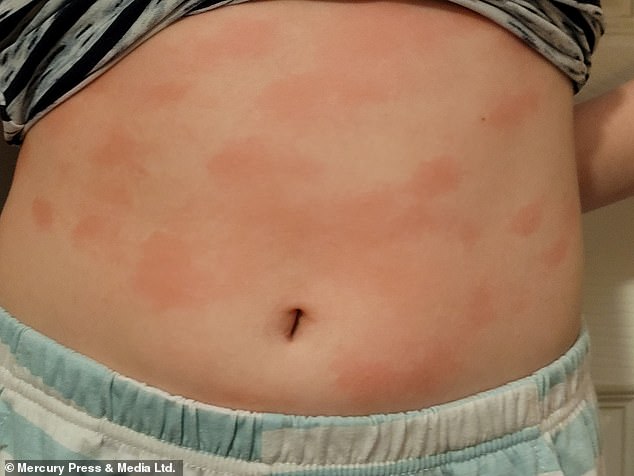 "Her feet were all red and itchy and it got worse and worse, but I thought she was scratching or rubbing herself because I thought there's no way a water allergy exists. Then we went swimming one day and she was covered in hives, so I took her to a doctor," Sari recalled.

Even the doctors had a hard time diagnosing and believing in this condition. It was so rare and not enough research has been done to figure out the condition and finding a cure for it. They tested her for everything, but it was, undoubtedly, water allergy.

This condition develops during puberty, but not enough is known about it.

Her family really hopes her condition will not worsen. 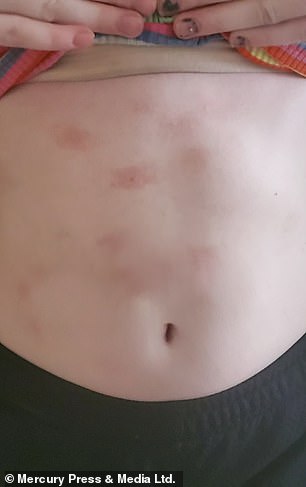 Now, she has to take anti-histamines daily, strong ones during the summer because of the humid weather and the need to take baths. However, she still experiences painful hives on her body.

"Danielle loves gymnastics but sweat breaks her out and where we live is very humid so she can't go outside in the summer," Sari said. 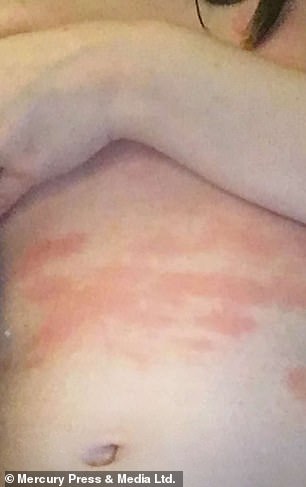 We hope that as she ages, she will outgrow her condition and for it to be temporary! 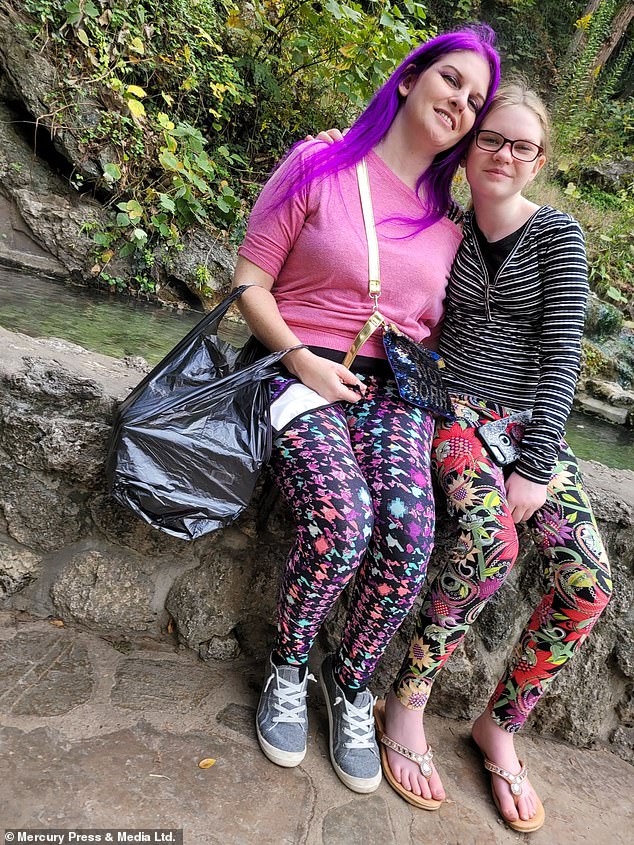 The case of water allergy was first reported in 1964 and happens more in women than men. The cause of water allergy is not clear, and patients cannot be desensitized towards water. Treatments can only reduce the severity of the outbreaks, but no method is known to fully cure this condition.
Tags: #Allergy #Schoolgirl #Water Allergy