By now, Mike is probably thankful that the woman gave him the wrong number because after all, why would you force yourself with someone who doesn't really like you? Although it started off awkward because Mike was quite desperate to find that special person in his life. And not everybody has a drone that gets you to send your number to a cute girl who lives across the building.

After given the wrong number post-online-date, Mike sent a picture of his lemon bundt cake to a total stranger. That total stranger happens to be Codie Higer who treated Mike with sympathy and complemented the nice cake he sent. And things went much better than both of them had imagined - we're physically distanced from everyone else but thank God technology has reached where it is.

Codie Higer decided to share the exciting exchange she had with a total stranger through texts.

Mike was excited to follow up that date that he thought went well. 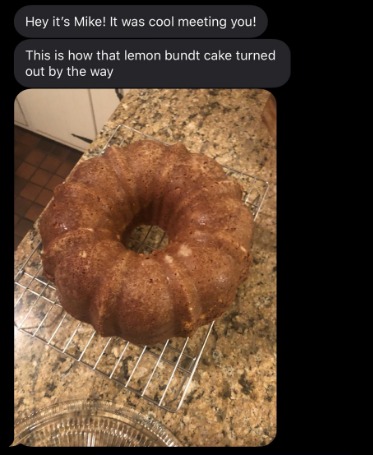 But turns out that Mike was texting a total stranger who sympathized with him. 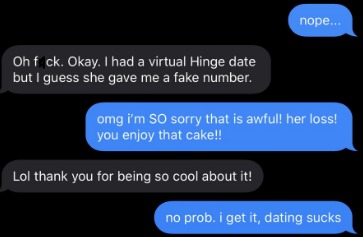 Mike wasn't about to let this one go: he was hilariously desperate. 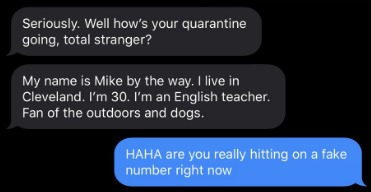 And a date was successfully set up!

Codie Higer is an aspiring singer and actress based in Cleveland, Ohio. She fled to NYC when the outbreak happened to shelter at home with her mom. Although she has spent more time in her life in the NYC, the universe knows exactly when to throw two souls meant to be together at the right place even if the timing isn't perfect.

But it's just somehow... perfect for them.

Now on chemistry and opinions: both of them think of each other as cute. Everything is going really smooth. 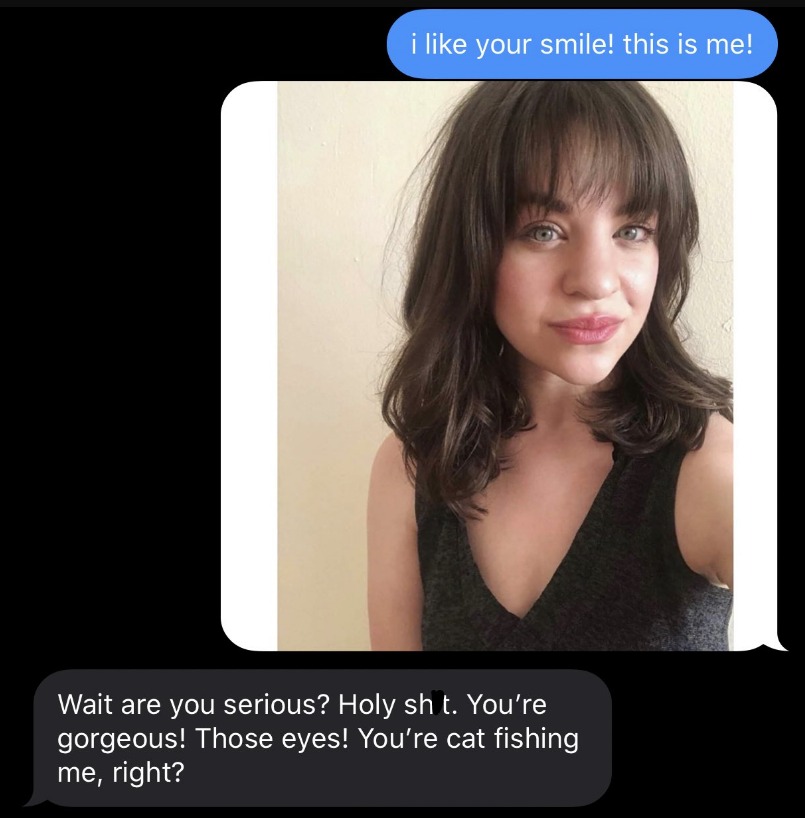 But Codie has some issues with getting ready for dates - she didn't bring enough supplies! 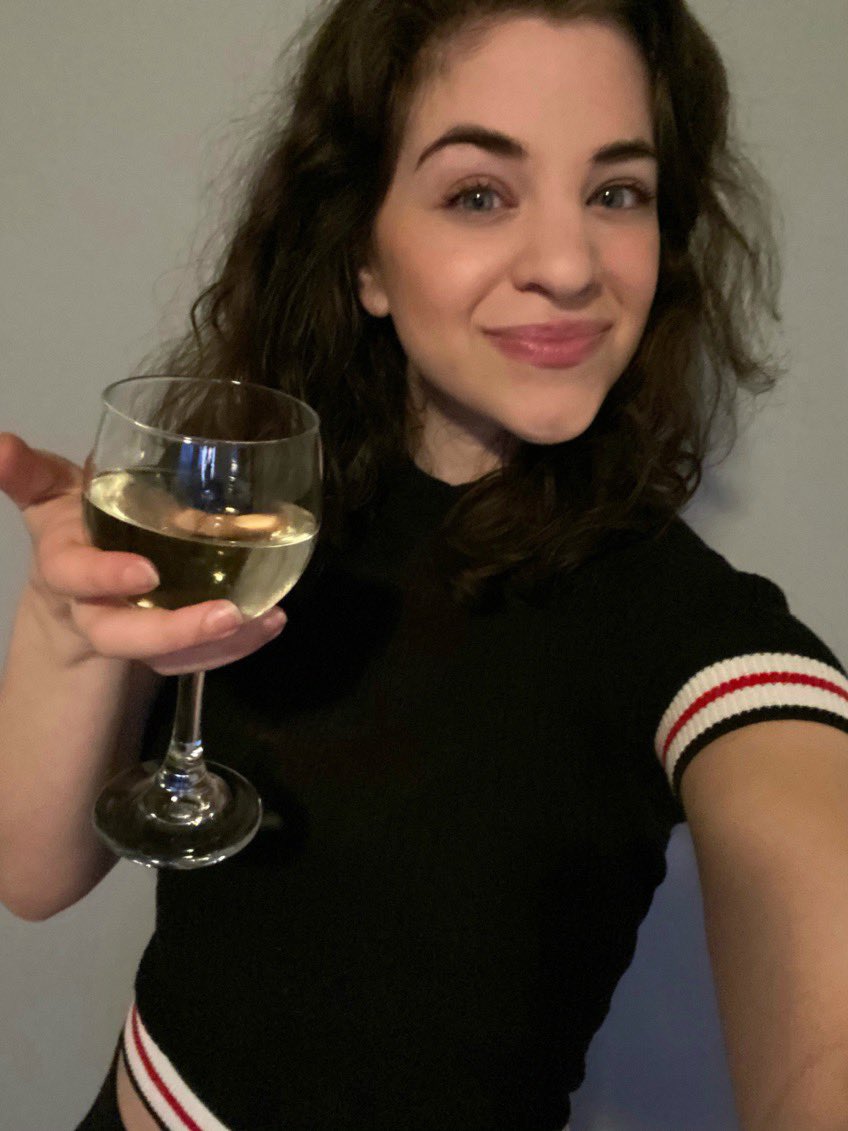 But Codie is super excited despite all that and she is up for a SECOND DATE!

Codie Higer spoke to Elite Daily about how the situation is just bad and bizarre. But they managed to talk about the normal things you'd do on dates - their careers, hobbies, favorite shows, etc. And the reason how she knows it went well was because they made each other laugh and they had a chemistry!

Now they're texting daily, planning next dates and we're just invested in this story.

Someone is definitely SUPER excited.

Anyway, people can't wait to hear about the continuation of their love story!