Model Rosie Huntington Whiteley and Actor Jason Statham are undoubtedly one of the most beautiful couples in the Hollywood Industry. The pair have both lasted for about 10years now and people have continually wondered how much longer the relationship would last.

While many would argue it’s not a perfect match, their love story has, however, proven to be quite an opposite.  BrightHumanity is excited for Rosie and Jason’s long-term love affair. We could help, but share with you (readers) their love journey! 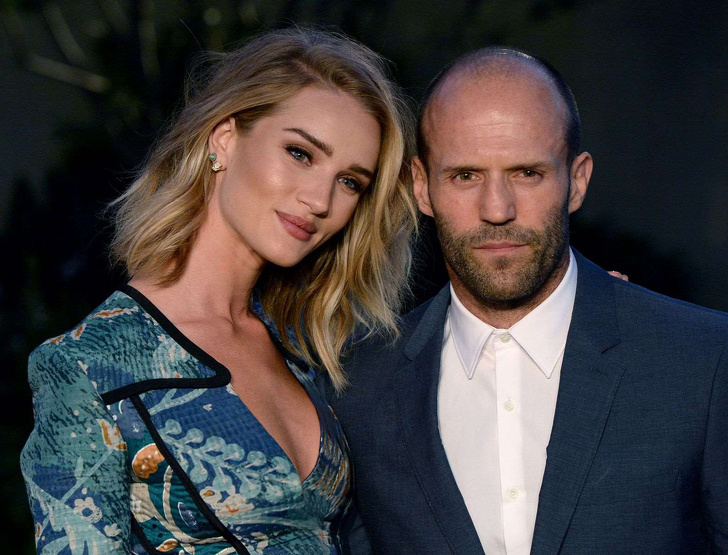 2019 makes it 4years the pair got engaged. They both have a baby and it appears their relationship is getting stronger than ever by the day. It’s challenging to point out a time they’re not together. Hence, here an overview of who Rosie Huntington-Whiteley and Jason Statham is as well as how, and when their love journey started. 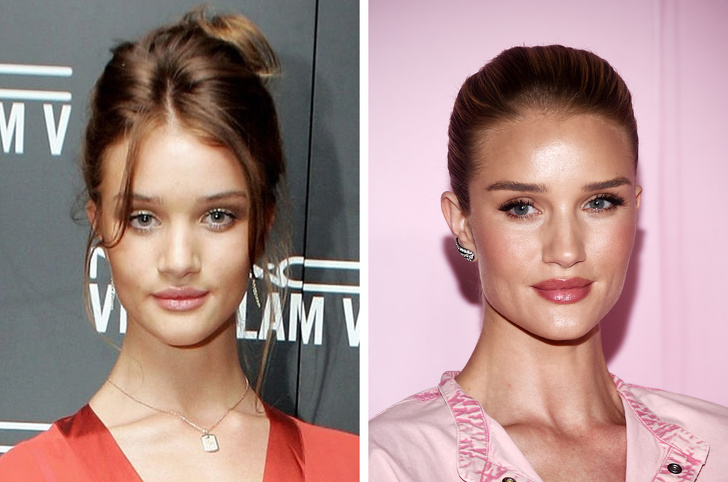 First, Rosie, 32, is a well-known supermodel, ex Victoria’s Secret agent and an actress. At age 16, Rosie pushed forward her resume to Profile models to be a PR Specialist. On her arrival for an interview, she was asked to become a model.  Garnering huge success with the career, Rosie has had contracts with Victoria’s Secret, Ralph Lauren and has interestingly been the love and admiration of popular celebrities. 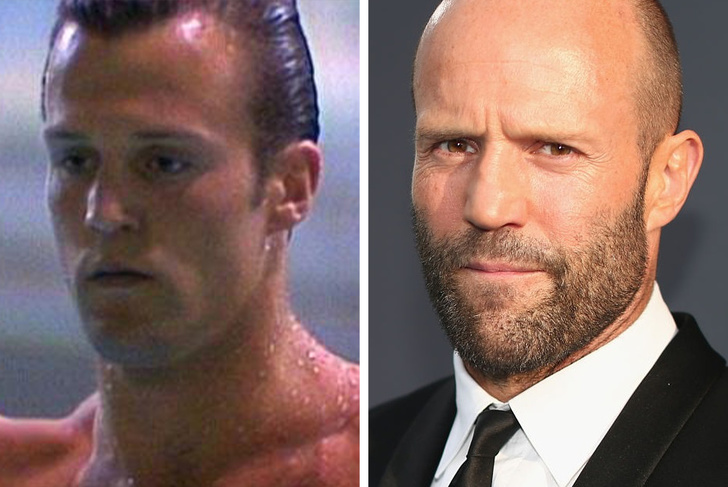 On the other hand, Statham, 52, started his acting career at 32. As a teenager, he was on the British National Diving Team and to make a living he sold  Fake Cartier Watches and Perfume on the streets. But in the 90s, Statham got lucky and was invited to be part of a Tommy Hilfiger Ad campaign as an athlete. Later on, he was offered a role in Lock, Stock and Two Smoking Barrels by Guy Ritchie. 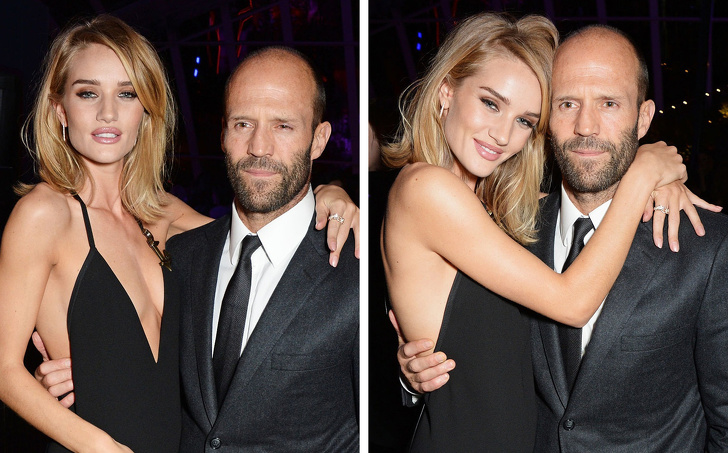 The beautiful couple met at the Coachella Music Festival in 2010. Having heard of each other before, the duo carefully concealed their love and weren’t so quick to share their feelings, unlike many other celebrity couples. 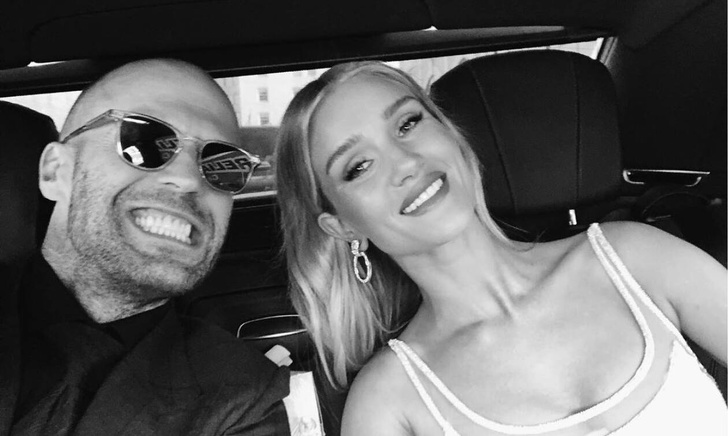 Six months into their relationship, they started living together and openly go out together. Certainly, they caught the attention of fans due to their age gap – 20 years difference. 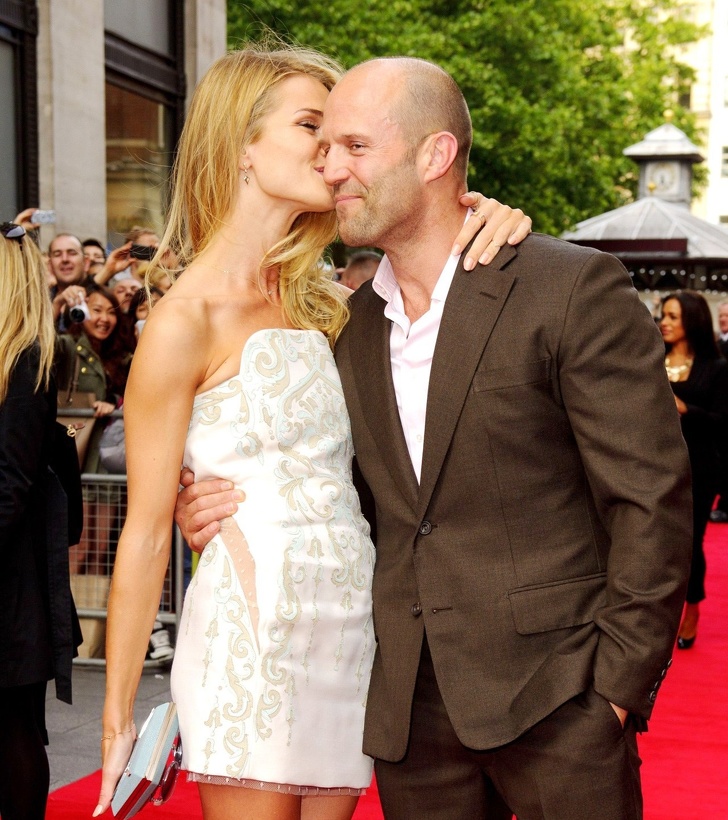 In an Interview, the Romance Model had admitted she was attracted to Jason’s awesome sense of humor. She also applauded the fact that Jason’s have always supported her at all times. 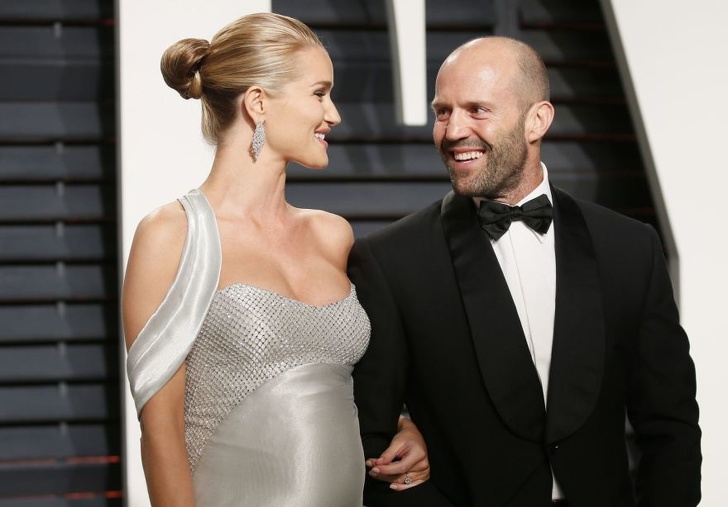 Engagement Parte:  Yes, in 2016, fans spotted a diamond engagement ring on the model’s finger, after which the pair announced they were engaged. Surprisingly, Rosie in Autumn of the same year was again spotted with a belly and in June 2017 welcomed a Son named Jack Oscar Statham. 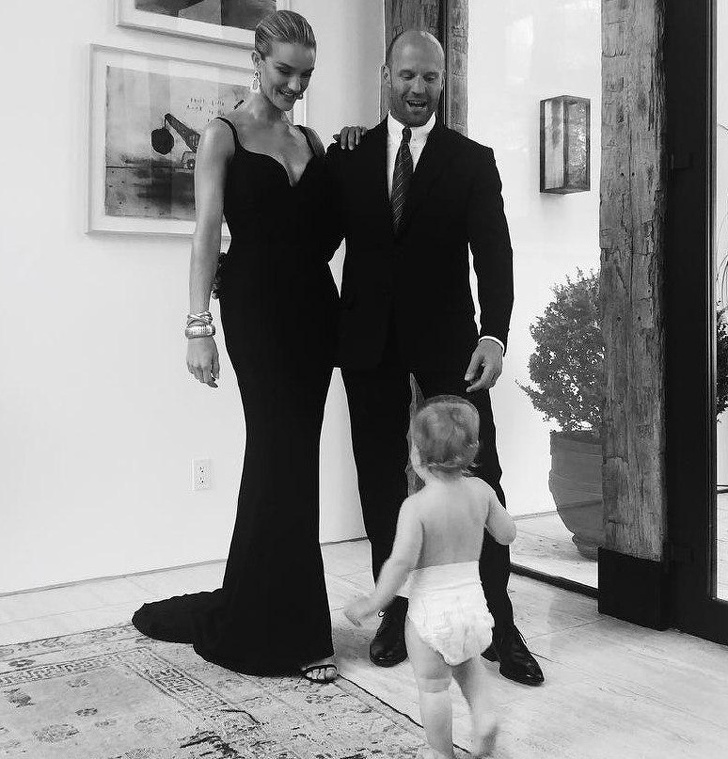 On social media pages, the pair rarely shares their photos, except for special occasions. For instance, Rosie had shared Jason’s picture with words for his birthday: ‘Happy birthday to the love of my life.’ Accordingly, Jason also posted a picture of Rose congratulating his wife on launching her beauty trend. 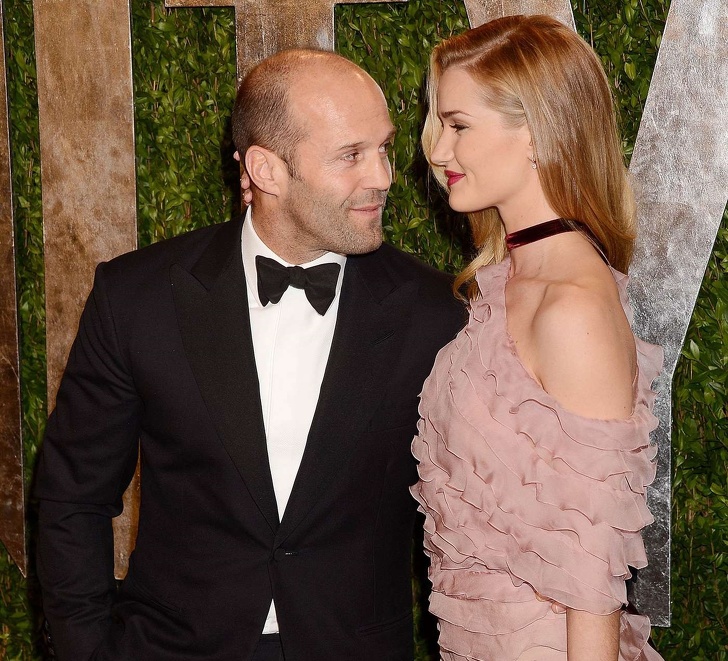 It’s really striking as to how two famous people who are monitored, managed to keep their relationship going. Kindly, give them an applaud!