Every individual has something or the other they are interested in or a hobby that they love to do in free time. It can be anything right from gardening to coin collection but Martina, a game designer from Switzerland loves making costumes. She recently shared a video on Reddit of herself in the costume and it gained over 100,000 likes and thousands of comments. The cosplayer surely gained a lot of followers and attention from the Internet and well, she totally deserves it as her work is incredible.

“I worked on it for a year” 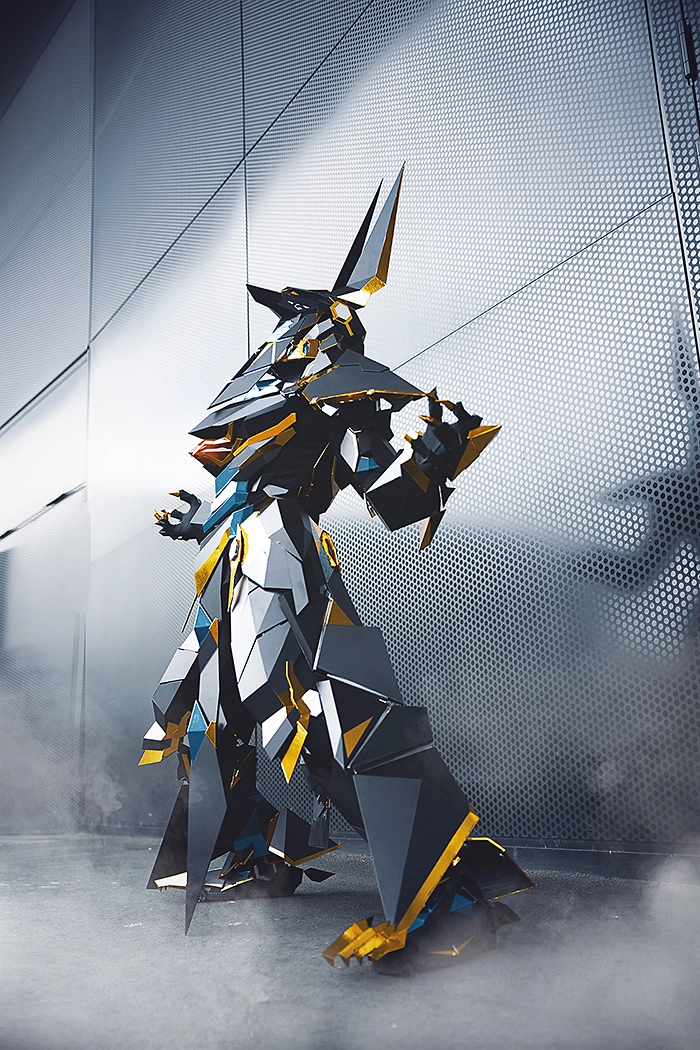 “The character is a statue that I found online, designed by Hui Zou and built by R-one studio. I immediately fell in love with the design and asked the artist if I could make a cosplay from it. My idea was to make my own lowpoly version of the character and they agreed. Lowpoly means I want the costume to look digital and artificial instead of realistic, like an early stylized 3D computer graphic come to life. So I started making my own templates in Blender, a 3D software,” Martina told 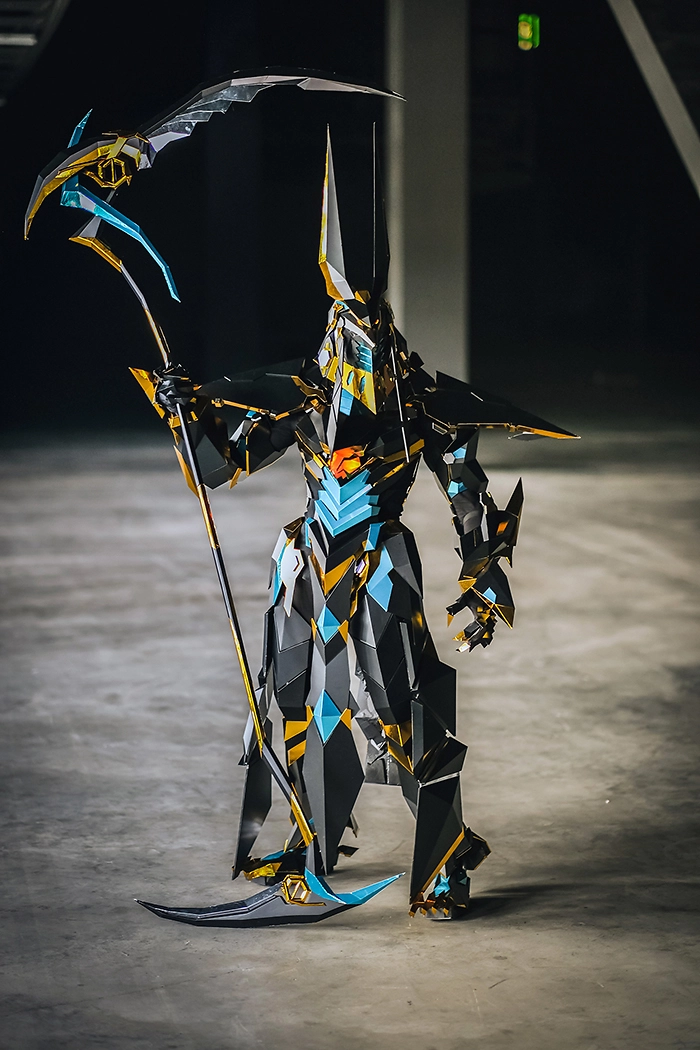 What is most amazing is that, as the heading indicates, it is only the third costume that this game designer has made. “I don’t consider myself a master at costume making. I still have a ton to learn. Love doing it tho,” she said. The designer also added that making costumes is just a hobby of hers while she is still working full-time.

“The shiny stuff is mirror vinyl” 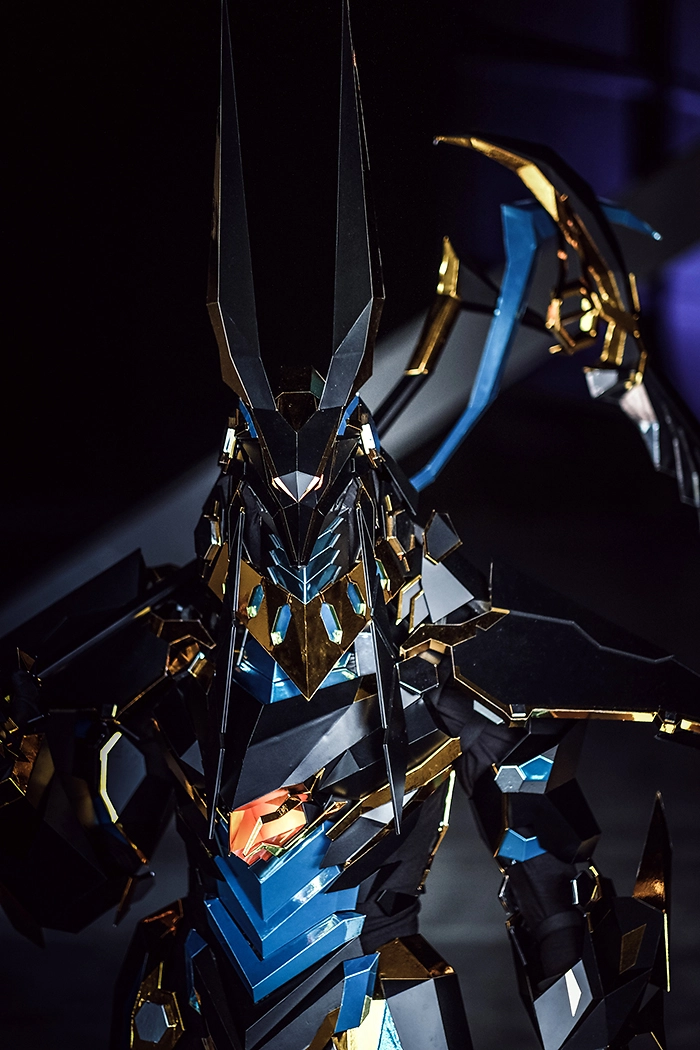 She got all the necessary materials for the project from a local hardware store. “It took a year from planning to finish, I spent around 1000 hours on it. I’m still rather new to making costumes so sometimes it takes many tries to make something work. For example, I’ve never cast epoxy resin before, so it took four attempts to get the heart gem right. I spent a lot of time planning on how to attach all the floating armor pieces. I built the costume with PVC which is rigid, so I had to figure out how to be able to move at all, how I can get in and out of the armor on my own, and how to make the pieces detachable for transport because they’re huge – the scythe in particular.”

“I see through the throat which is window tint foil” 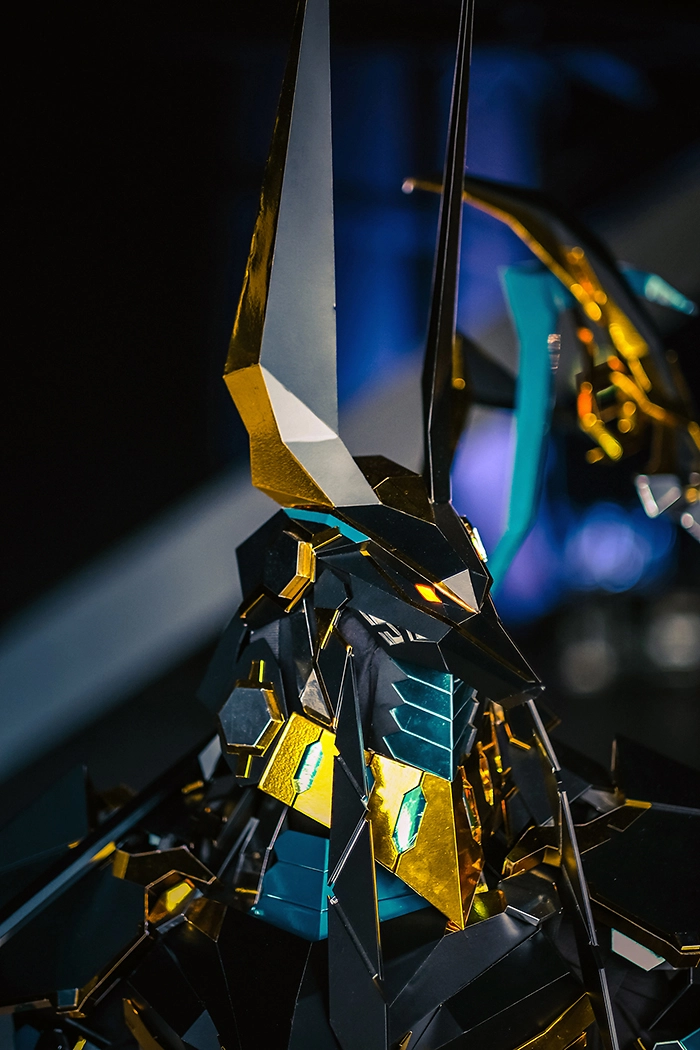 “The blue piece on the throat is see-through reflective vinyl. It’s like looking through sunglasses,” the designer said. People were so impressed with this woman’s skills, they asked if the costume will ever be available for sale. However, the designer replied that she is not intending on selling the piece just yet and should she ever consider doing it, it would be rather expensive because of all the meticulous work that went into making it.

“I don’t spend any time with it in the sun, it would get too hot” 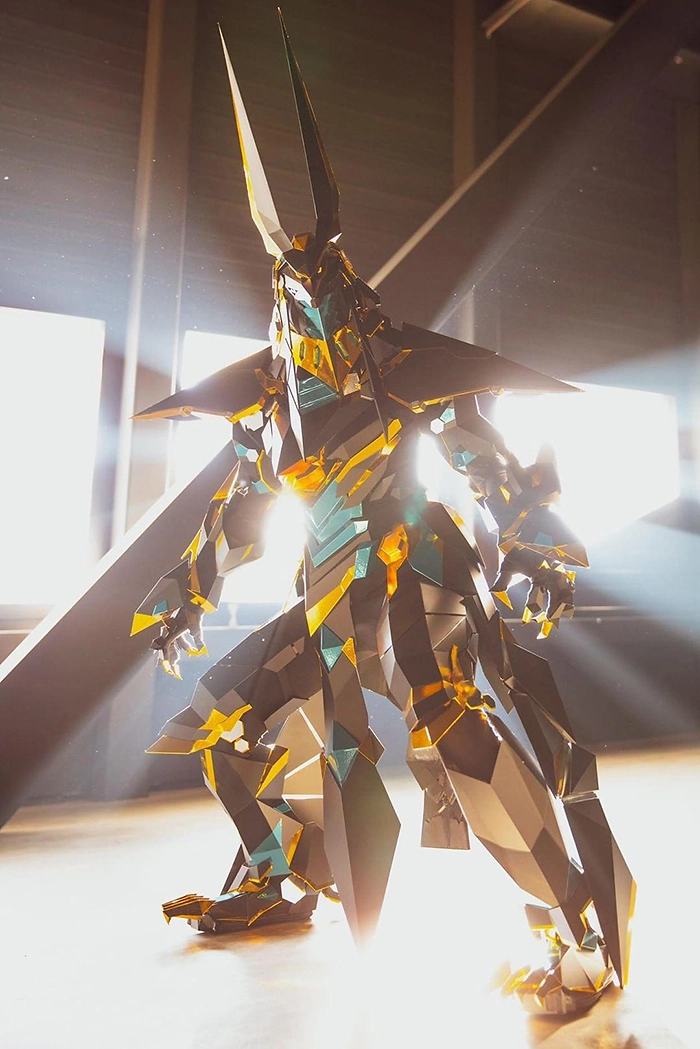 “Also, to pass doors you need to crabwalk because of the shoulders.” Another thing about the costume is that it gets dirty very easily if not handled with care but “if you handle it with relatively clean fingers it’s no problem.”

“I don’t consider myself a master at costume making” 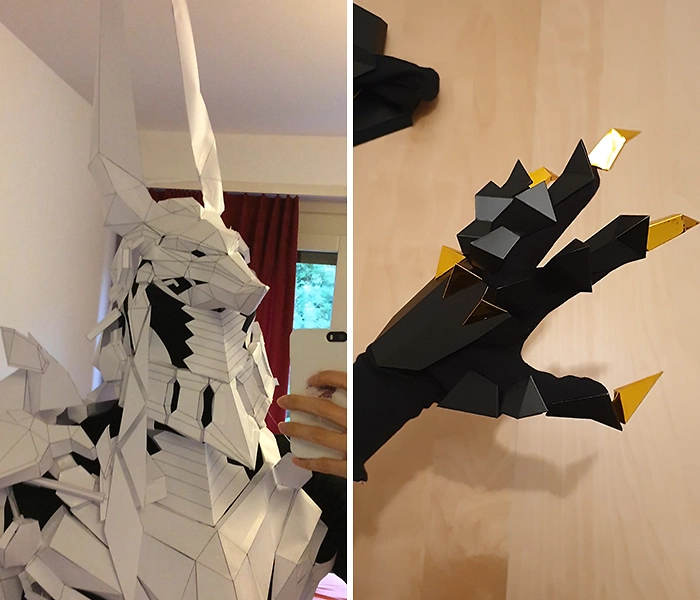 “I’ve always loved crafting. During the day I work behind a computer screen so I itch to build something tangible as a balance. Cosplay is a wonderful hobby to me that combines my passion for art, animation, design, 3D software, and crafting. Last but not least, I met a lot of wonderful people through making costumes,” Martina told

“I would have never thought it would blow up like this” 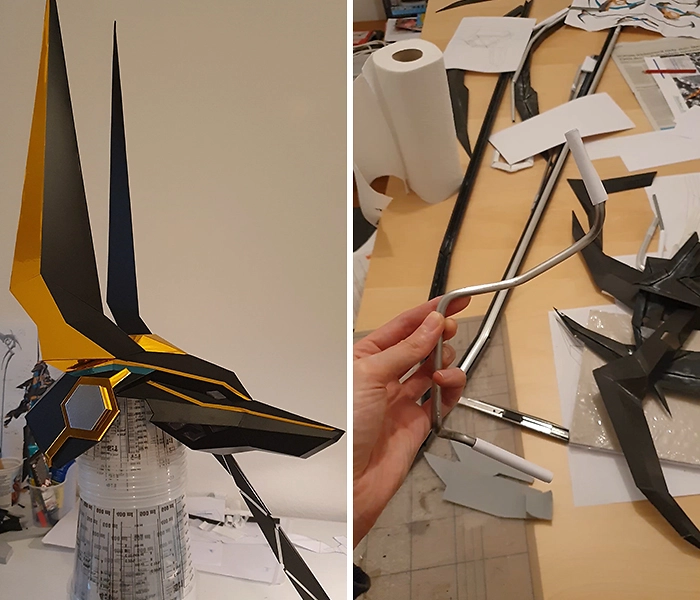 The Swiss game designer entered a Fantasy Basel Comic-Con in Switzerland and landed the second place. When asked about the overwhelming amount of attention she received, she humbly replied: “The response has been overwhelming, especially since it’s not a well-known character from a specific game or movie that has a big fandom. I knew from my previous costumes that people seem to appreciate the polygonal aesthetic but I would have never thought it [would] blow up like this.”