The bride’s dress won't zip up, the groom’s brother had a little too many shots before the toast. The maid of honor loses the groom’s ring, and the flower girl breaks down in the aisle, you name it, it’s already happened at a wedding somewhere. These unexpected things happen despite the rigorous weeks of planning and rehearsing; the D-day doesn’t always go as expected. However, a sound game plan and a great photographer will turn a little bit of craziness into humor that will someday form a great memory.

We have compiled photos of weddings where something went wrong, but photographers saw a perfect chance to take a shot.

“My friend had a bit of a rough start to his wedding photo booth shoot.” 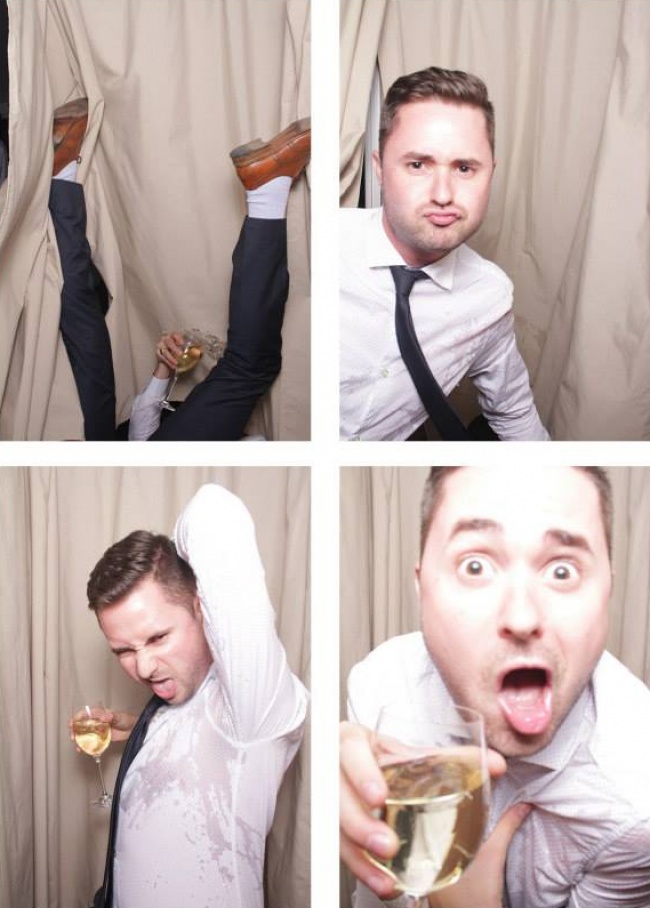 This nocturnal bird crashed her wedding... 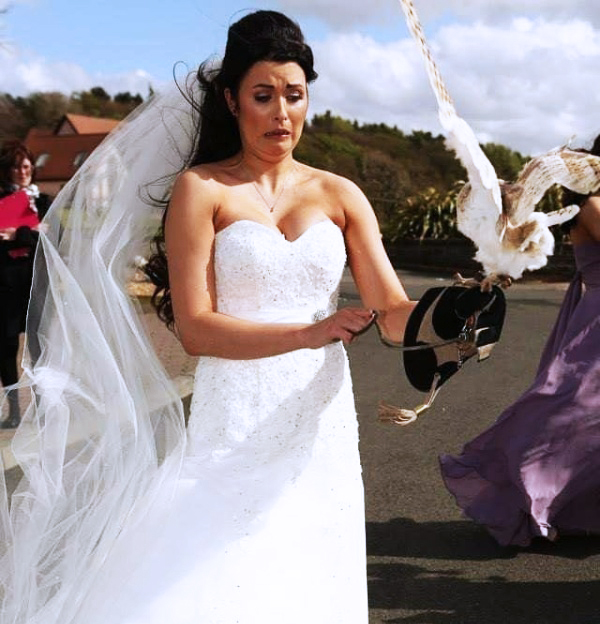 Just so you know: don’t jump in such dresses. Ever. 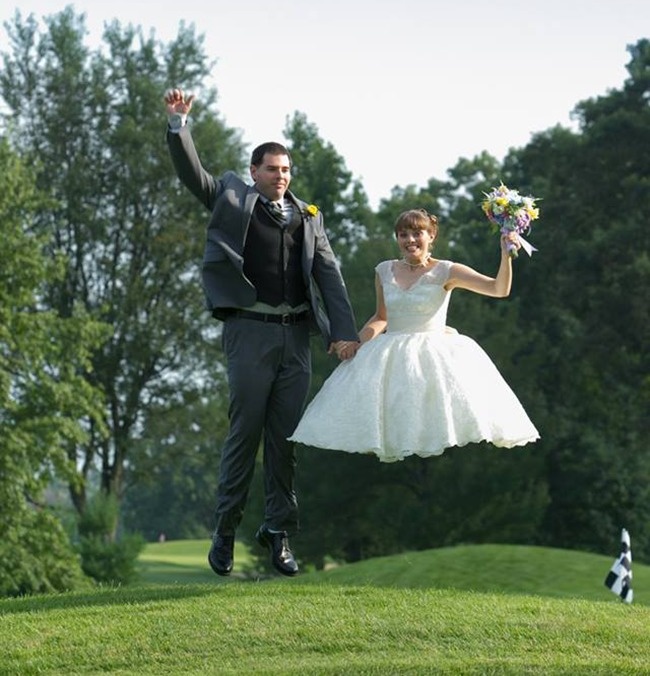 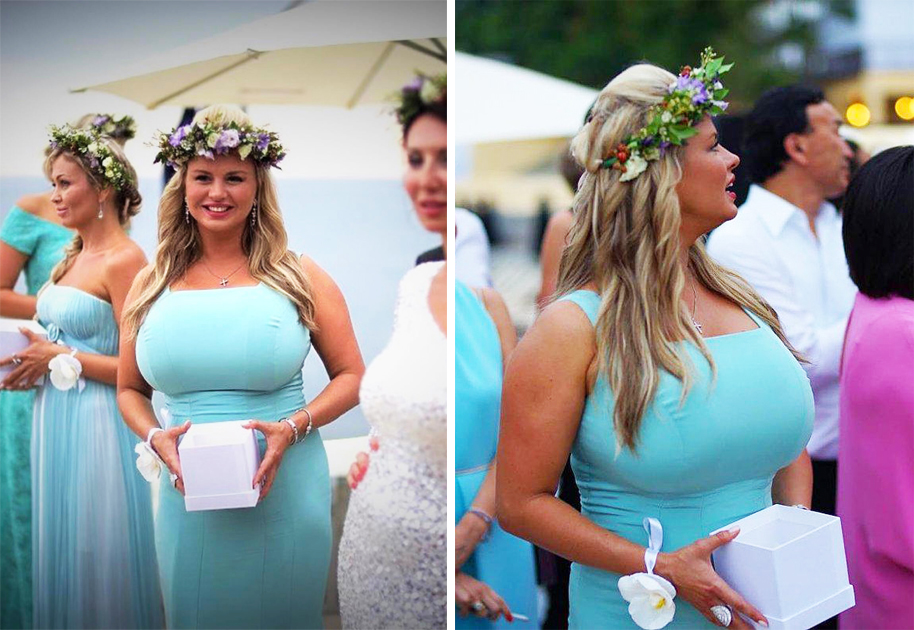 She is in doubt. 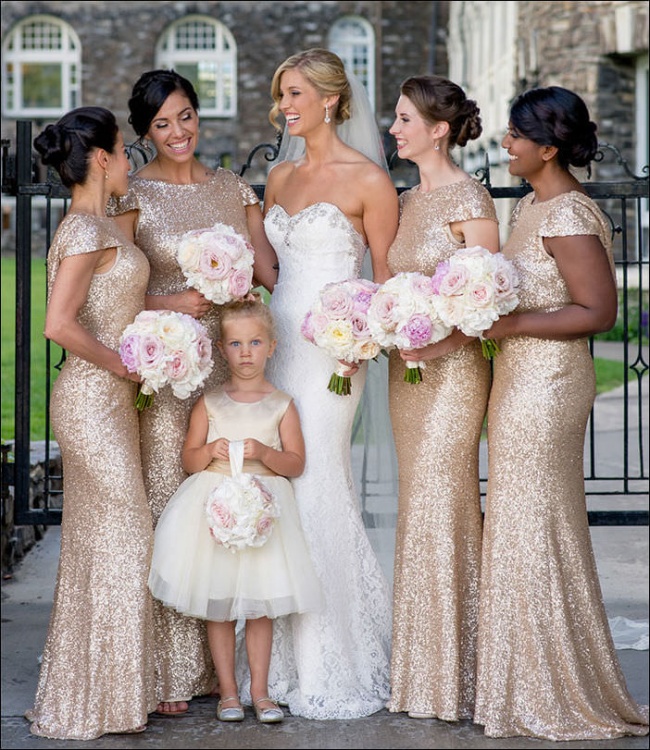 When you feel that you don’t belong here: 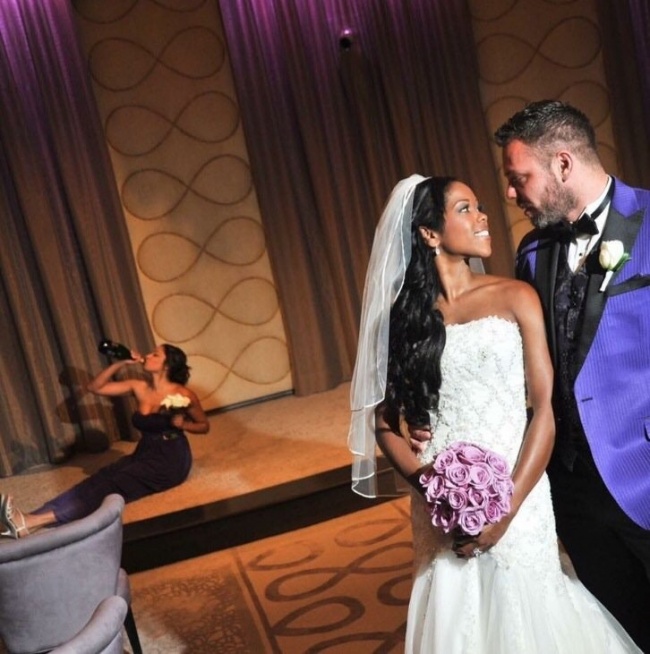 “I nearly lost my eye to confetti on my wedding day.” 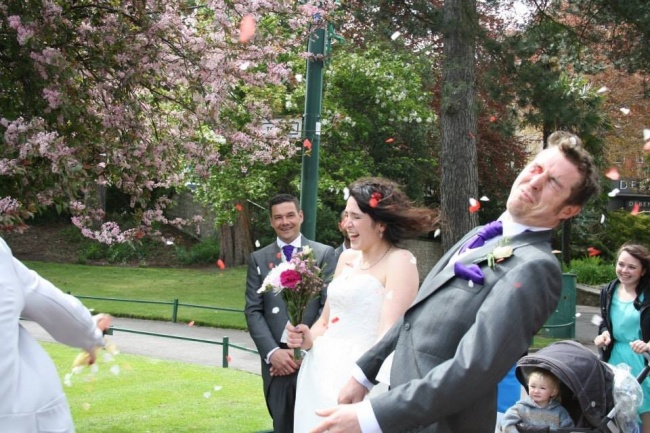 “My friend got married on Halloween.” 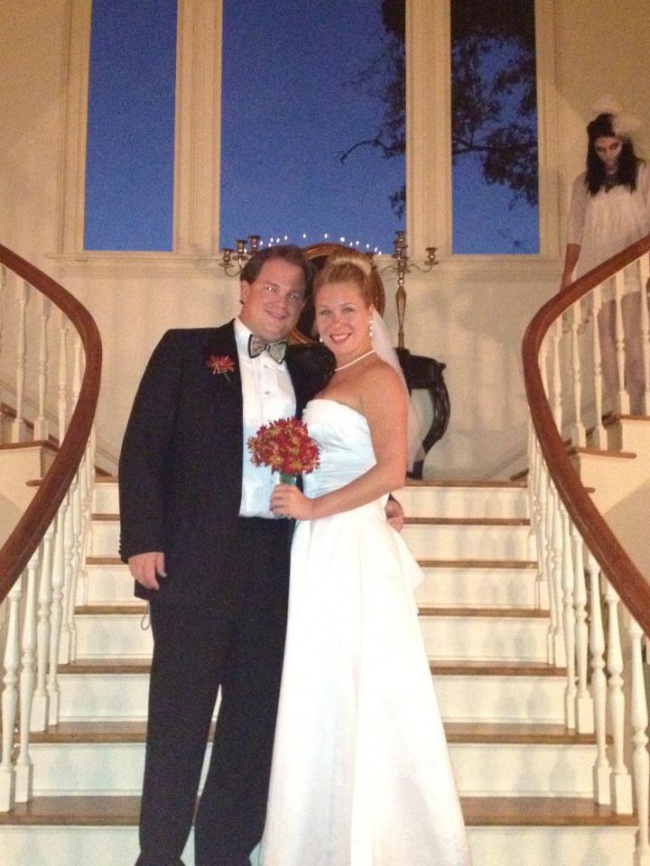 “My friend walked out of the reception when the bride and groom were supposed to.” 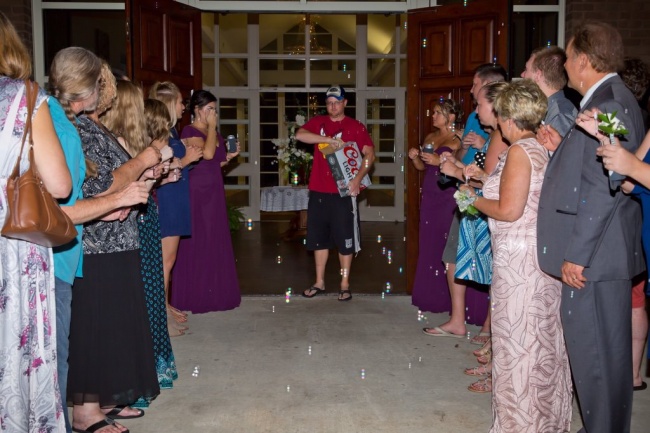 “My husband and I were going to a wedding reception. The road had many turns, and the driver was going so fast that both of us felt sick.” 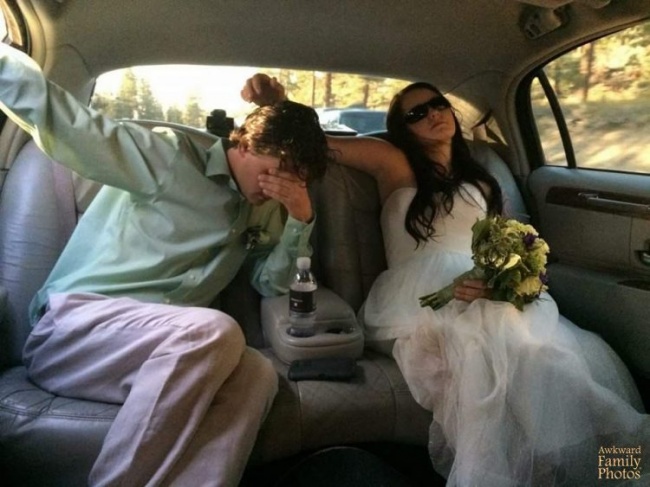 “A sneak peek of my sister’s wedding photos!” 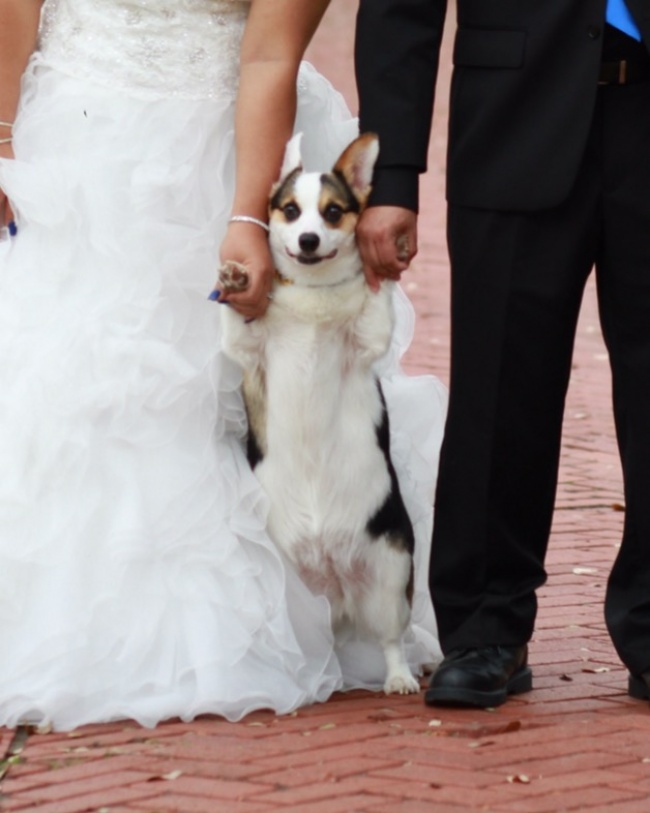 When the couple is not tall enough: 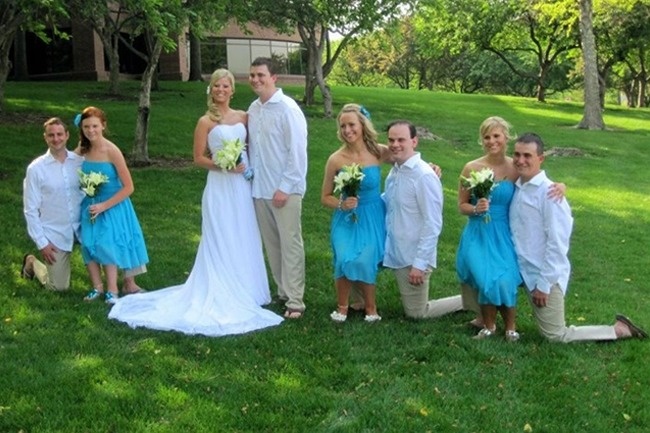 The flower girl is tired of all this wedding stuff! 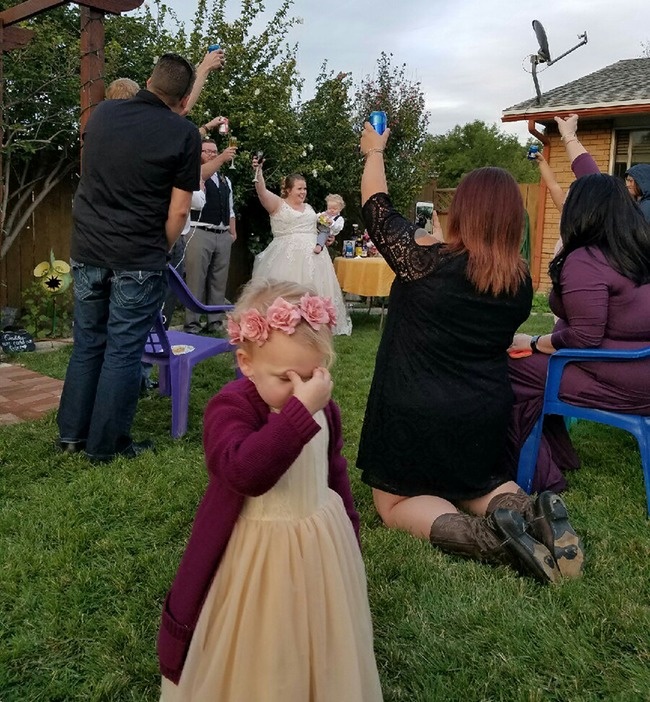 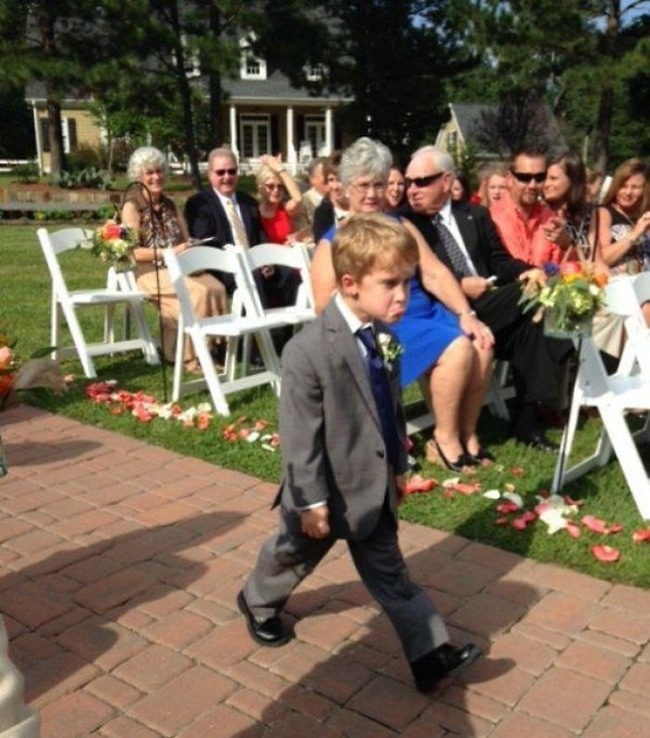 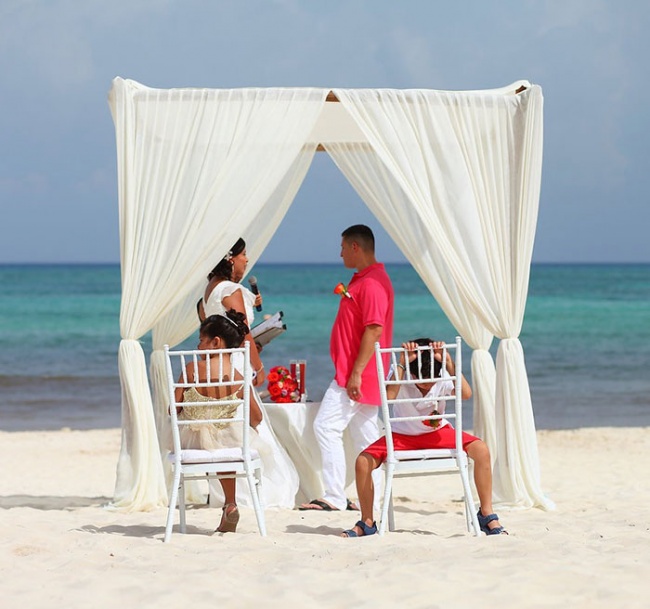 The groom’s sister passed out at the exact moment the judge said, “You may kiss the bride.” 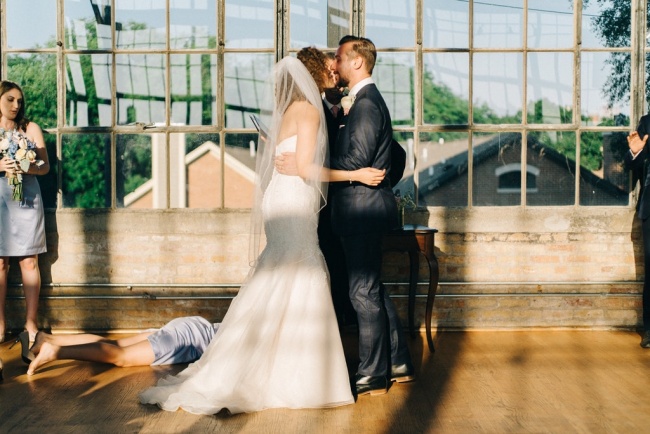 About half a second before the groom kissed dirt! 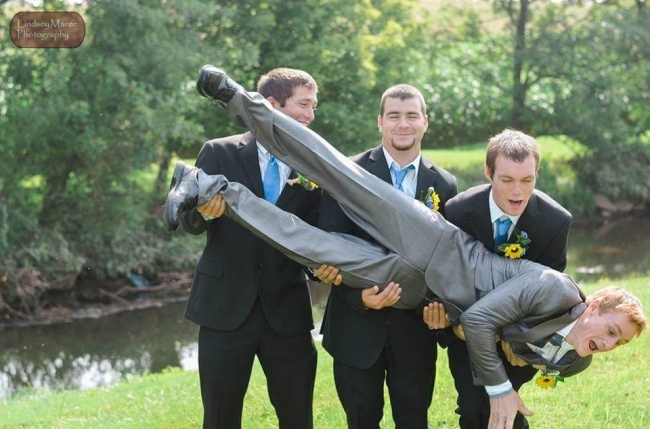 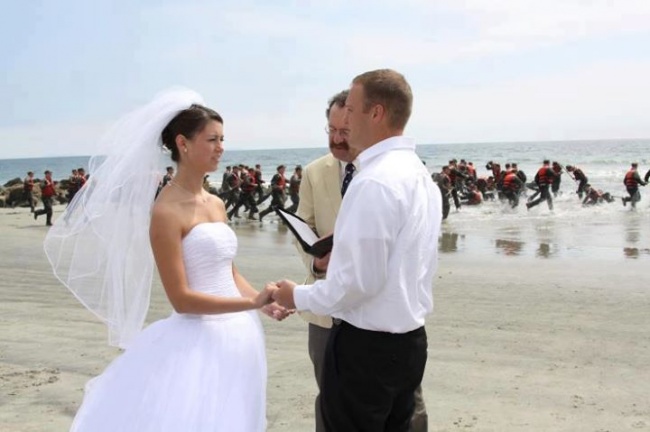 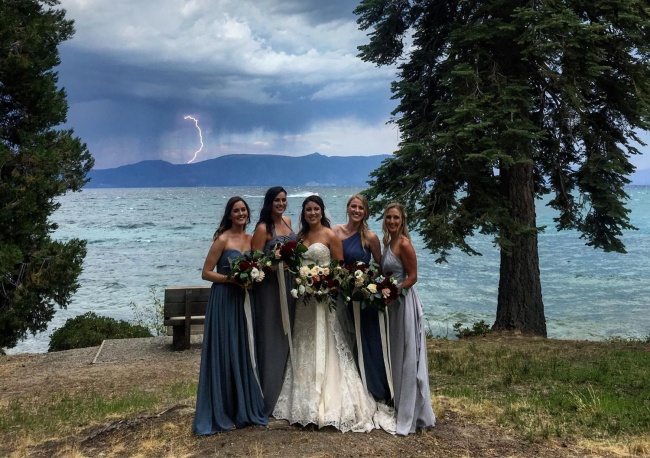 Who needs a wedding cake when there’s shawarma? 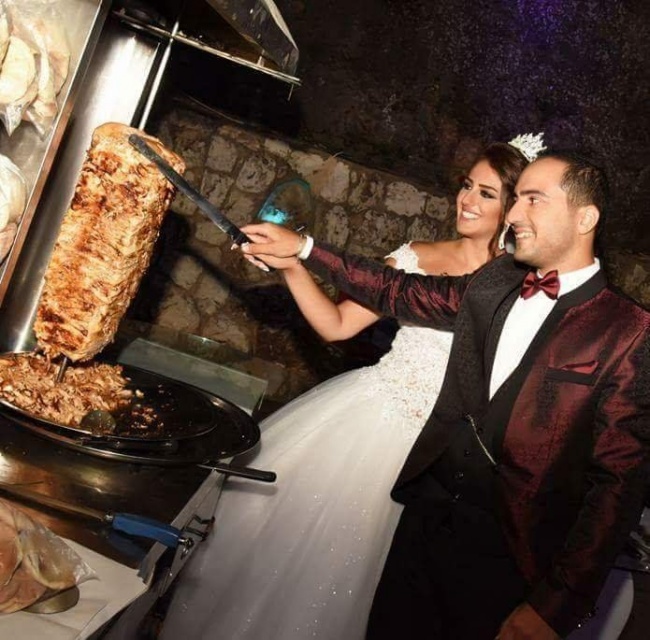 “My brother got married in January. My parents loved this photo. So do I, but for different reasons.” 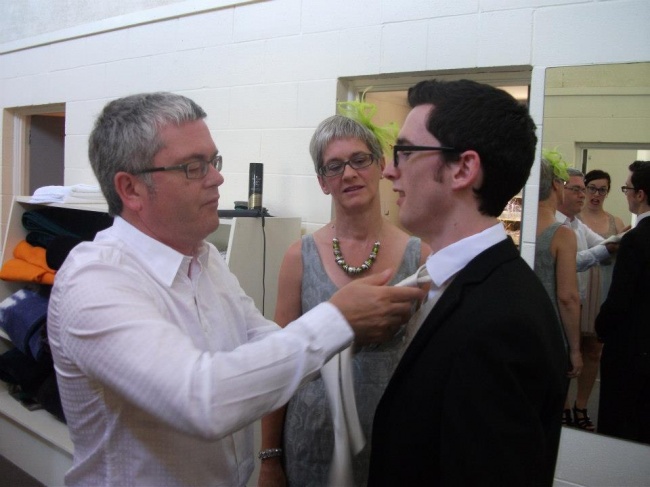 It might seem that everything is OK...except for the fact that the groom is wearing only one shoe. 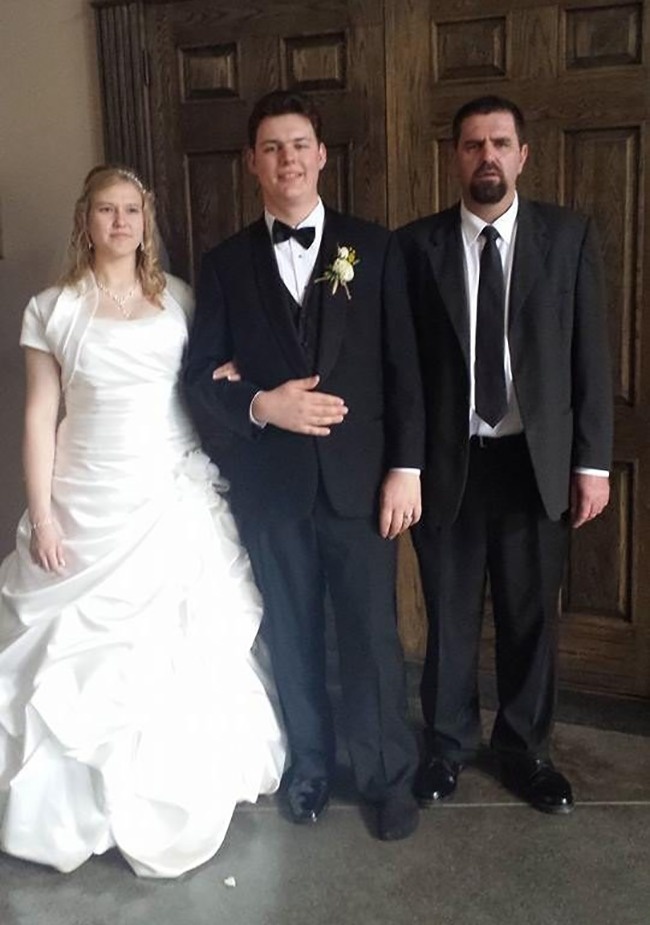 “My wife is sleeping in the hotel hallway after our wedding.” 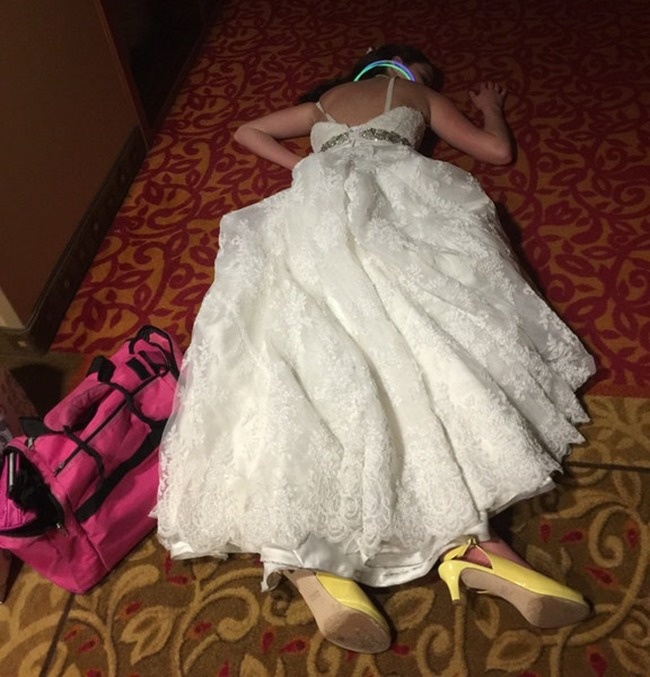 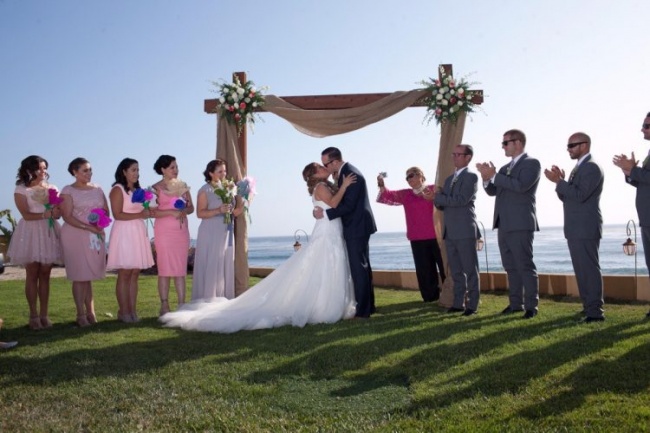 “My sister just got married, and she asked me to save her a newspaper from her wedding day.” 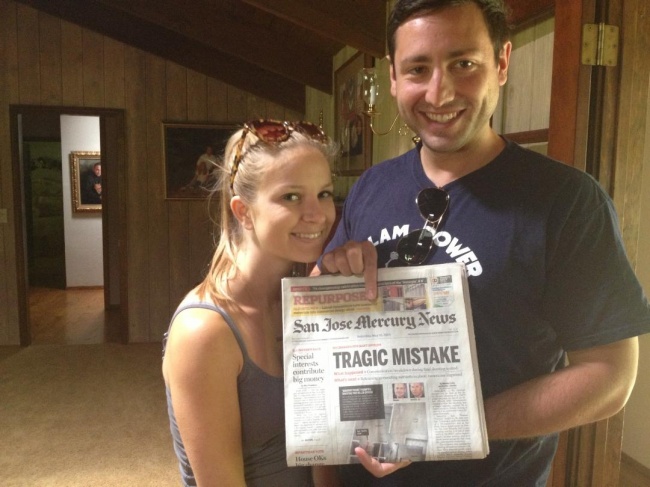 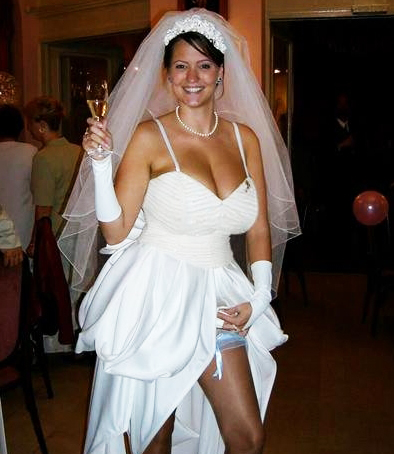 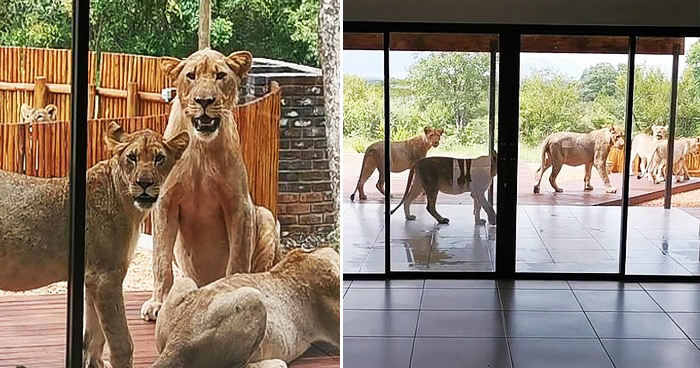 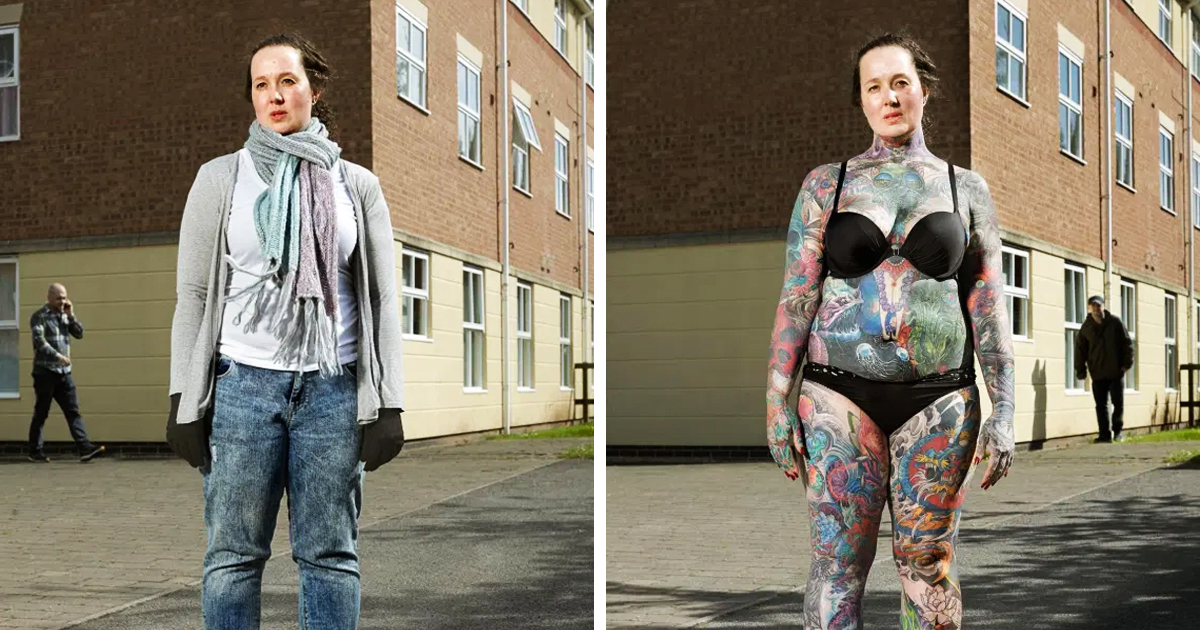 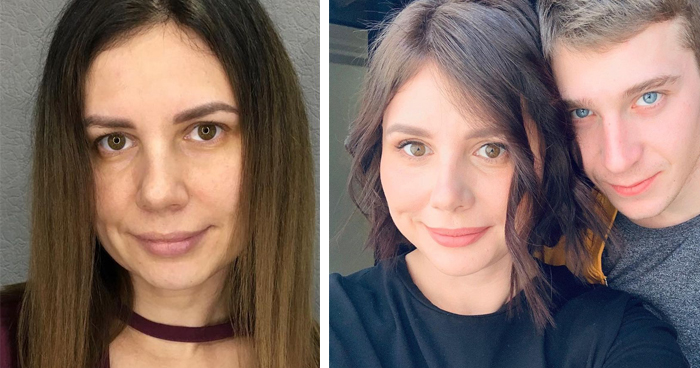 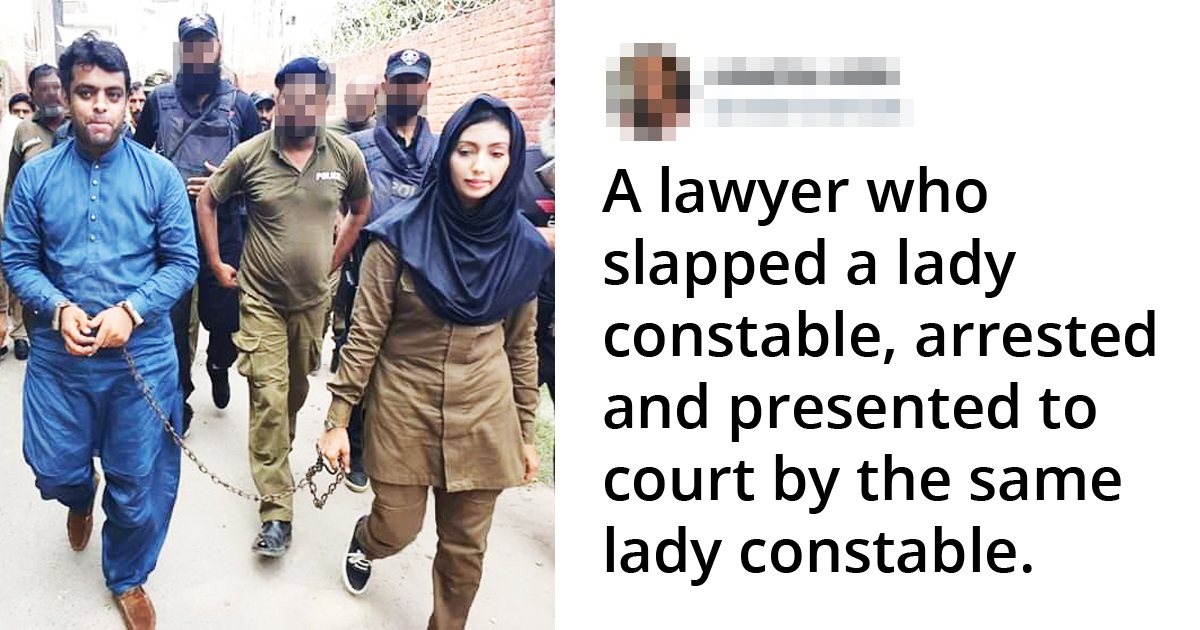 28 Times People Got A Taste Of Karma Of Their Deeds