Internet users have considered the act of a partygoer completely inappropriate. The self-professed “lipstick bandit” [pictured] has also been heavily slammed for applying lipstick on the back of men’s t-shirts, leaving a big red kiss stain on their outfits. 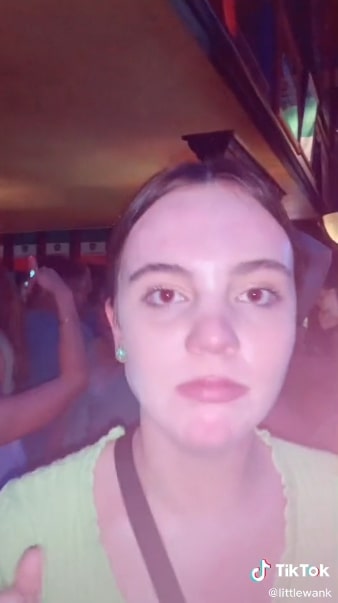 As seen in a clip, shared by @davelewis72 after it was initially shared by @littlewank on TikTok, the woman was reportedly on a night out at an Irish bar for the St. Patrick’s Day celebration when she carried out the act. 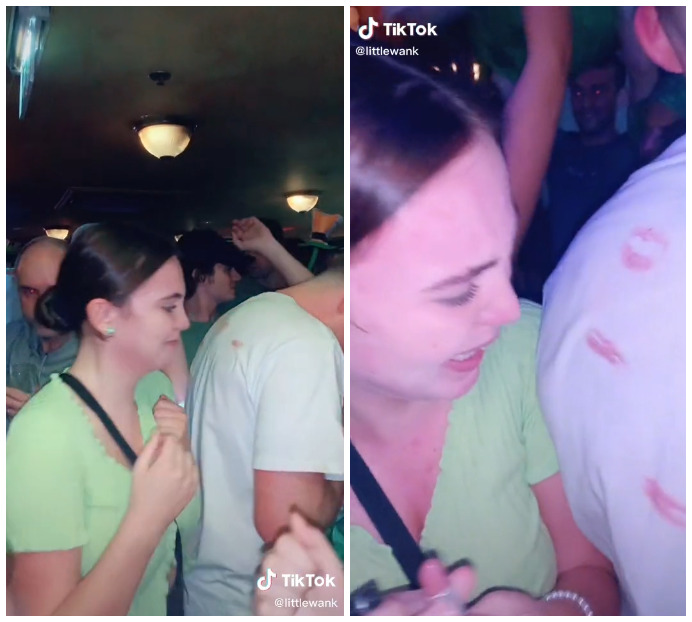 Her friend recorded the whole moment as she made her way around a packed-filled club. While the woman has since found the prank hilarious, some people didn’t quite see it the same way. Many have suggested the Kiss mark could be unexplainable to those in relationships. 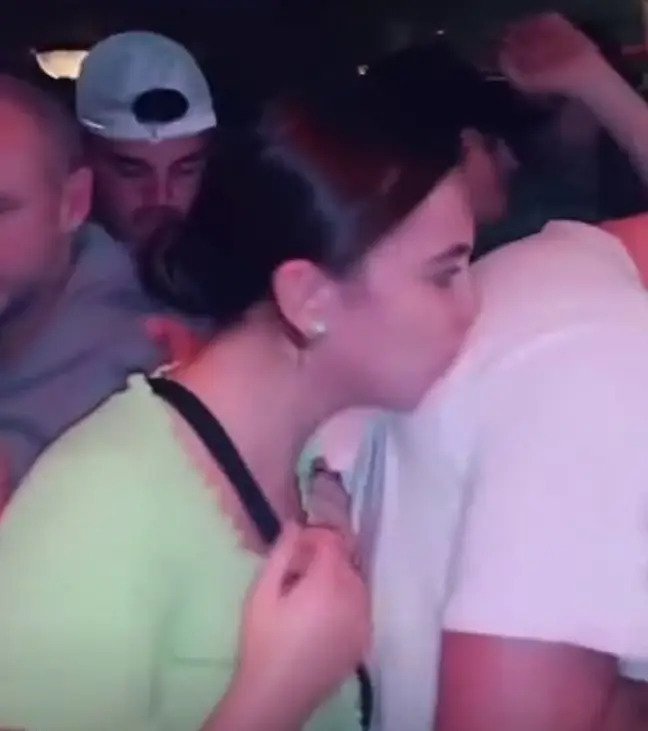 A few also attested the act could result in awkward conversations when returning home to their partners. 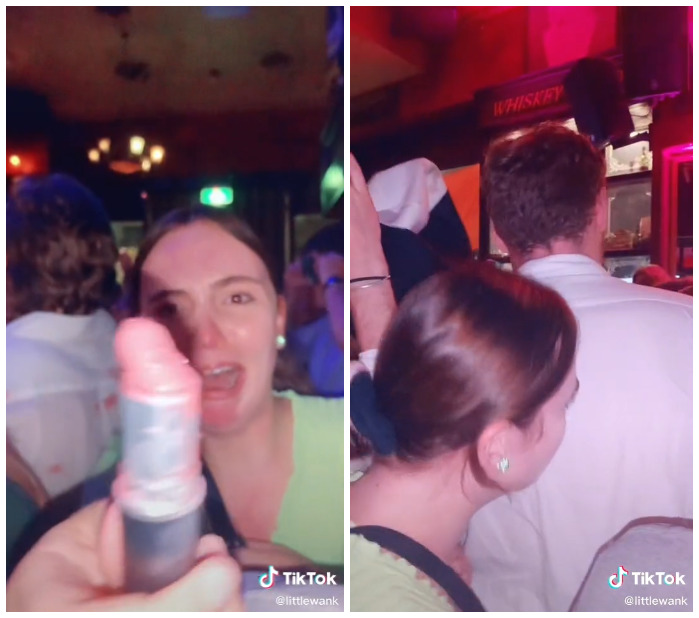 One person wrote: “That’s beyond petty, that’s a complete stranger.” Another said: “She’s trying to get these guys into trouble.” While a third stated: “This is terrible; she ruined a lot of relationships.” A few pointed out the woman didn’t have permission to kiss the man as someone wrote: She’s kissing them without consent. Also, she’s running their shirts.”

lipstick bandit was on the LOOSE at pj’s

A fifth stressed: “If a guy was doing this, you would all be mad, double standard.” 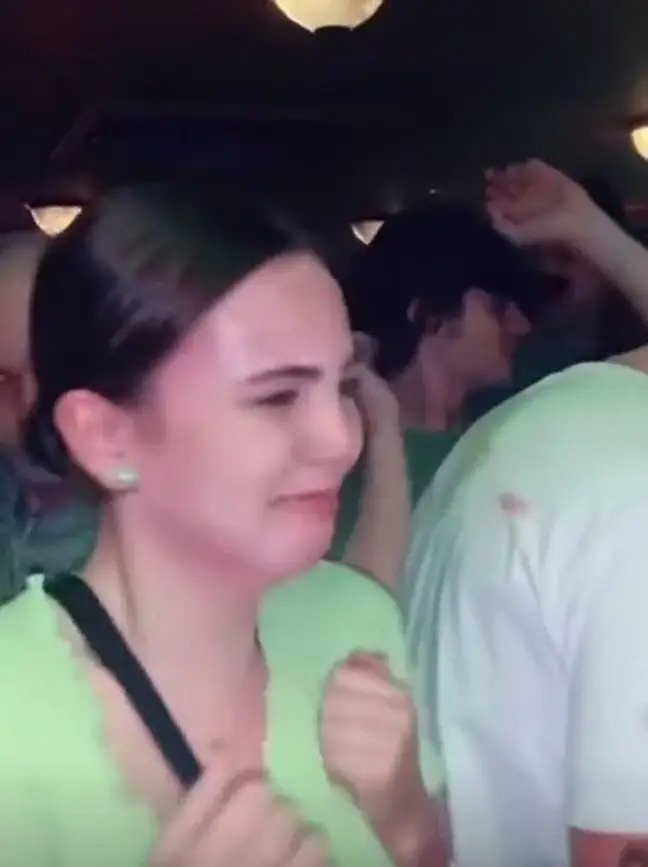 Another footage of the same subject matter has also gone viral. It had captured a man and woman locking lips amid watching the Vancouver Canucks hockey team. The camera had gone from couple to couple, and more often, some tend to play along. Nonetheless, things got tricky when the camera panned to a couple of strangers sitting with a seat in-between them. 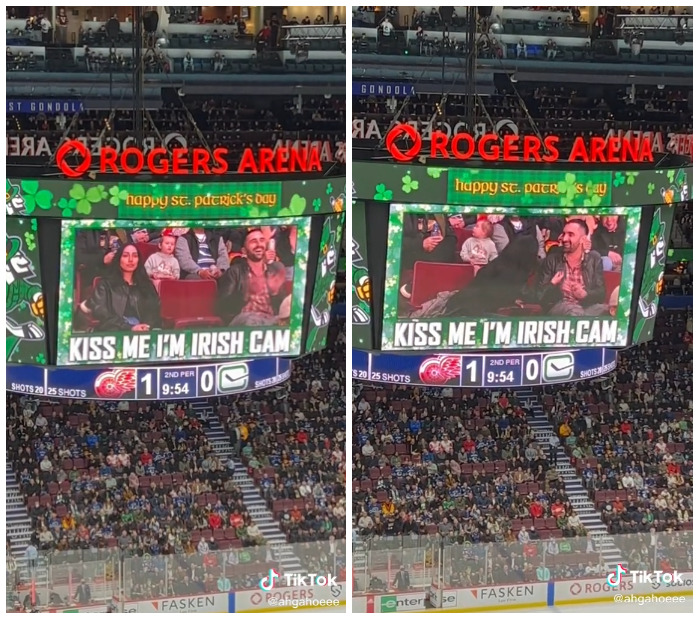 Initially, the woman looked at the man as If to say, “no thanks, I’ve got someone.” But she thought f*** it out of nowhere, and the pair went in for a song. 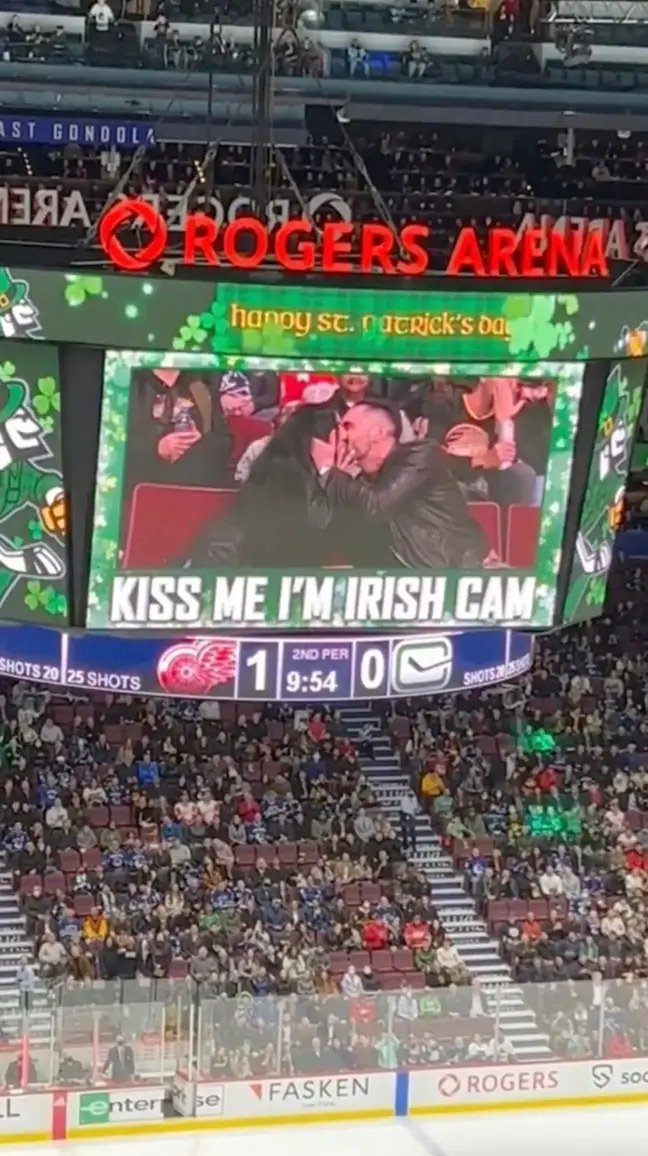 More awkwardly, the clip showed the woman’s BF returning to the middle seat, and she acted as nothing had happened. Unfortunately, the camera went back on them, and the message “congrats, you’re the winner pops up on screen.”

Sitting in the middle, the BF was like, “WTF but I didn’t even kiss anyone,” while the announcer jokes: “It’s going to be an interesting ride home.” 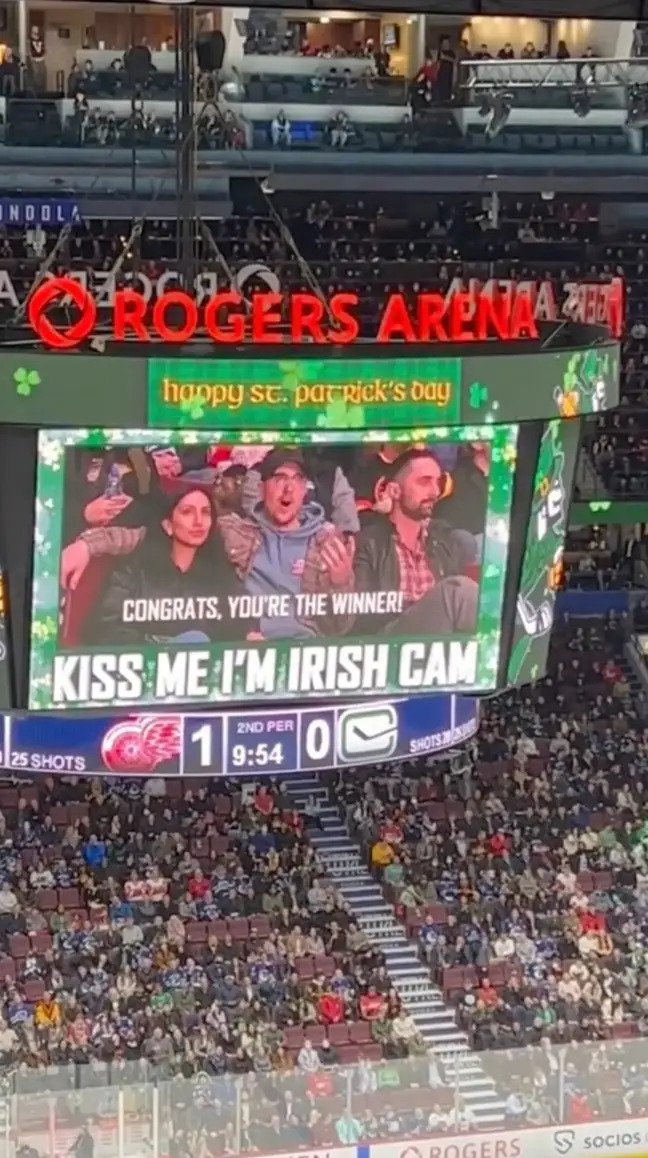