GB News Presenter Isabel Oakeshott recently shared a photo of the window display in Regent’s Street Branch of Fabletics, founded by actress Kate Hudson. The 47-Year-Old journalist who took to Twitter to express her disapproval of the display said the mannequin was flabby and promoting obesity. Although, many have said it was a positive step.

She wrote: “This, in a Regent St fitness store, is what obesity looks like. Flabby curves highlighted in hideous lime green velour. The so-called body positivity movement is not inclusive; it’s dangerous.” The outfit consisted of a lime velvet bomber jacket, a sports bra, matching leggings, and a velvet. The tweet has since racked thousands of responses, with some arguing it was hideous.

GB News Presenter Isabel Oakeshott has said the body positive movement is 'dangerous' after spotting this outfit, which she said was 'flabby.' 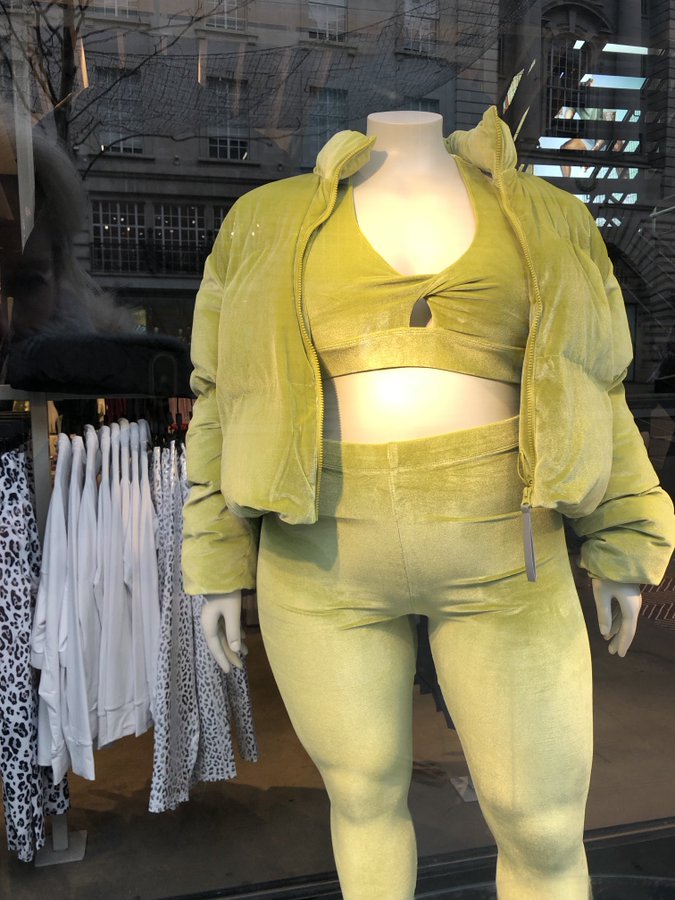 “I agree lime green is hideous, but as someone who’s always struggled with many sizes, it is nice to think there are decent exercise clothes out there for larger people.” One person wrote. Another said: “Most leisurewear is made for people who are already skinny, which is miserable when you’re not.” While a third stated: “Bit weird to look at this mannequin and think that. My thought was, ‘oh, that’s a cute workout outfit! Let people live their lives.”

But people disagreed with Isabel and said it was a good thing that shops like Fabletics now include bigger sizes. 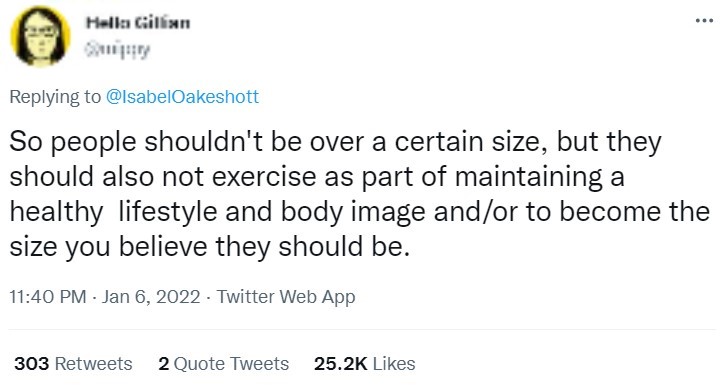 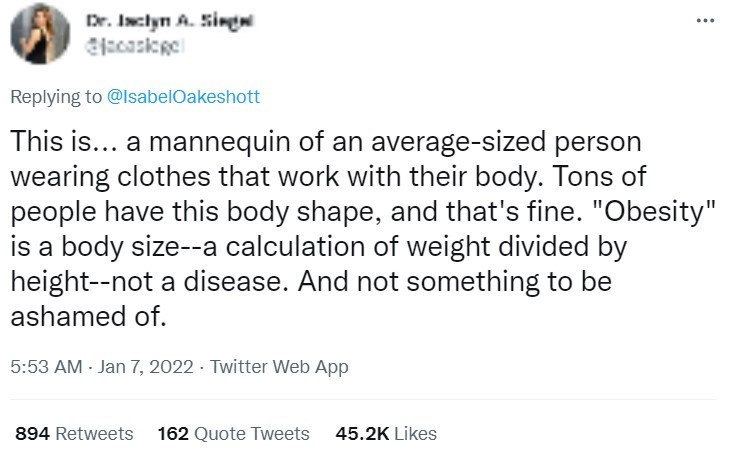 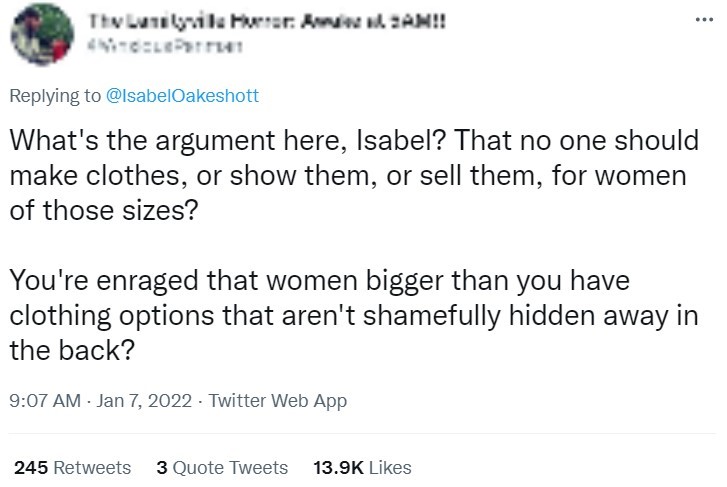 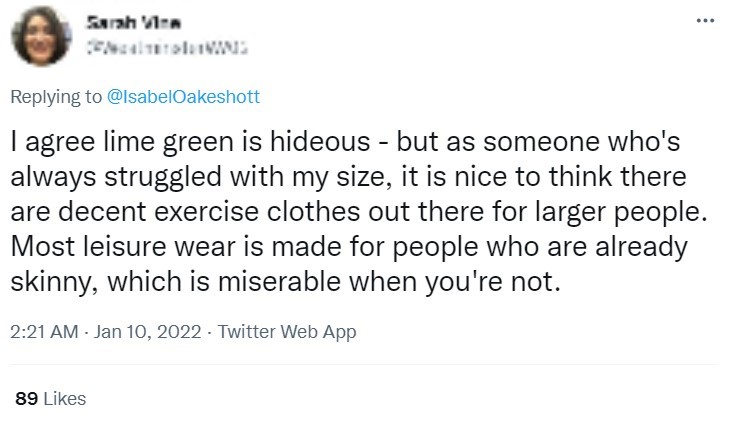 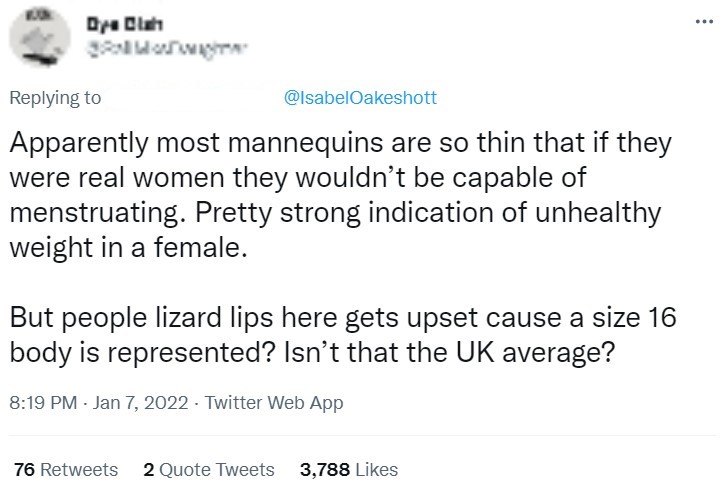 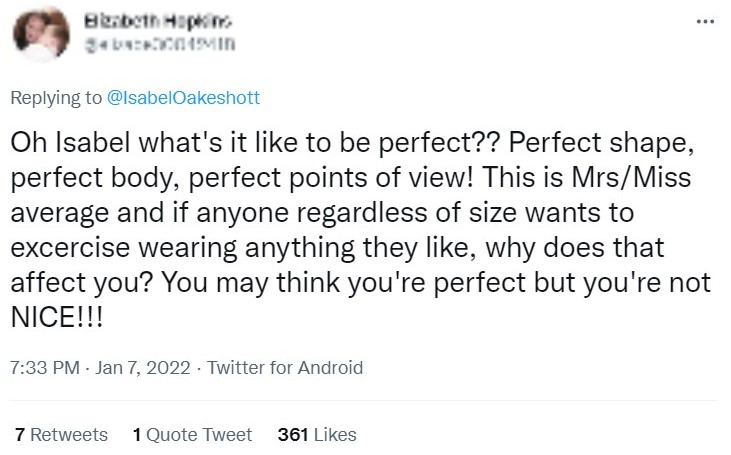 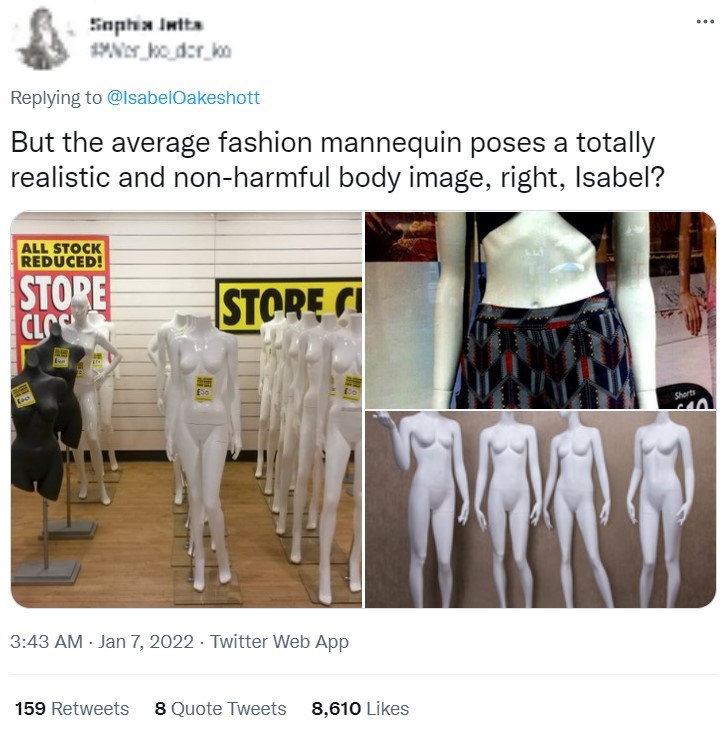 Someone shared a pic of the mannequins [ as seen above] with ribs sticking out and asked if those were dangerous because they portrayed unhealthy beauty standards. However, a designer, Sophia Tassew, shared a photo in the outfit and was met with praise. She said in her tweet: “I bought the dangerous outfit,” and expressed a winking face. In the comments of Sophia’s post, one person said: “Knowing what colors suit you is a big aspect of fashion. I’m not too far off the mannequin and would never be able to rock lime green, but agreed, Sophia in OWNING it.”

Designer Sophia Tassew proved the body-positive moment was a GOOD TO GO as she shared a snap in the outfit. 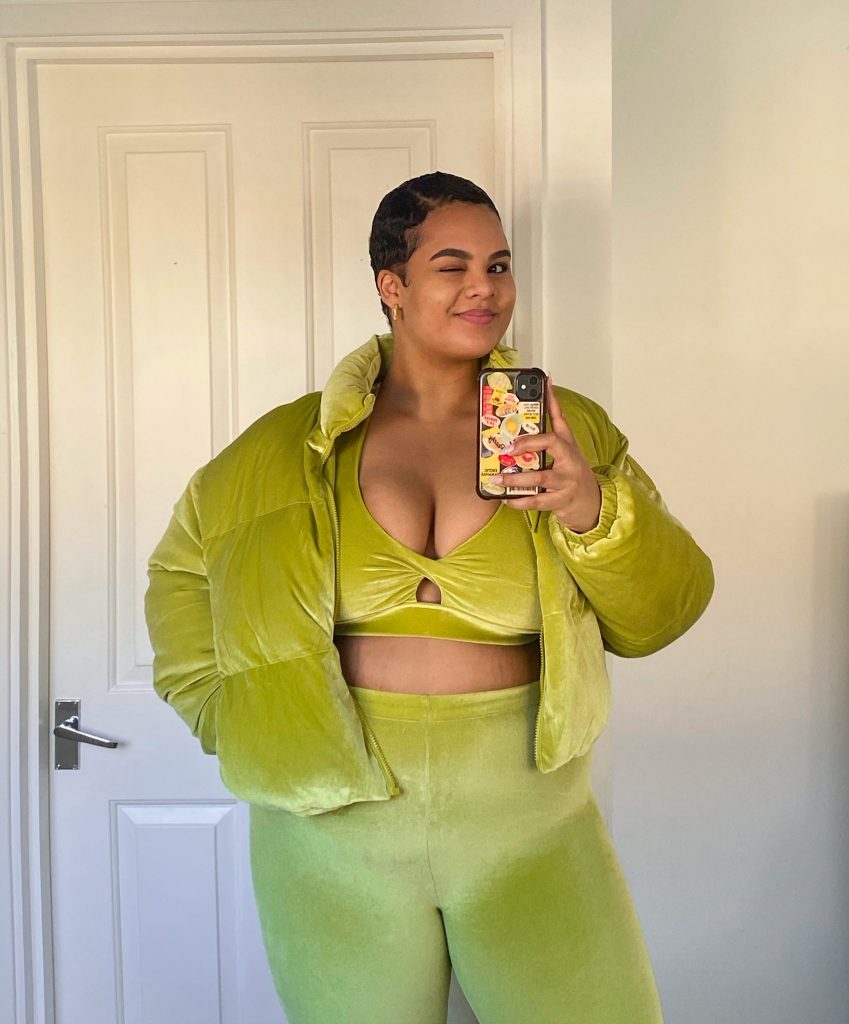 Another said: “You look amazing in it.” While a third stated: “And you manage to look absolutely stunning in what I thought was a hideous color on the mannequin. I’m seriously impressed; your awesomeness field must make everything you touch better. While a third expressed: “And you’re killing it queen, a dream in green.”

In the comment of her tweet, people said Sophia looked amazing in the outfit, and some said she even made the lime green color look good.

@TheReclaimed also shared how gorgeous she looked in the outfit! 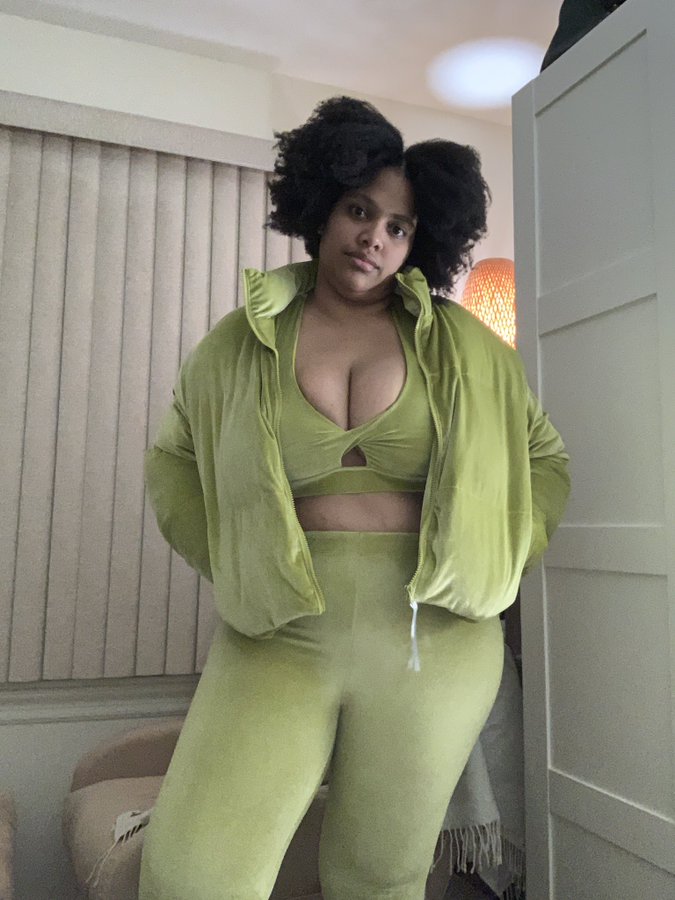