Anastasia Pokreshchuk, a Ukrainian model, is known worldwide for her protruding cheeks and enlarged lips, which are the aftermath of several cosmetics surgeries and procedures, including facial fillers and Botox injections. She claims to have the world’s biggest cheeks, having spent over $2,100 (£1,500) to transform herself in the last six years.

Anastasia Pokreshchuk has spent the last six years transforming her appearance and has since spent over $2,100. 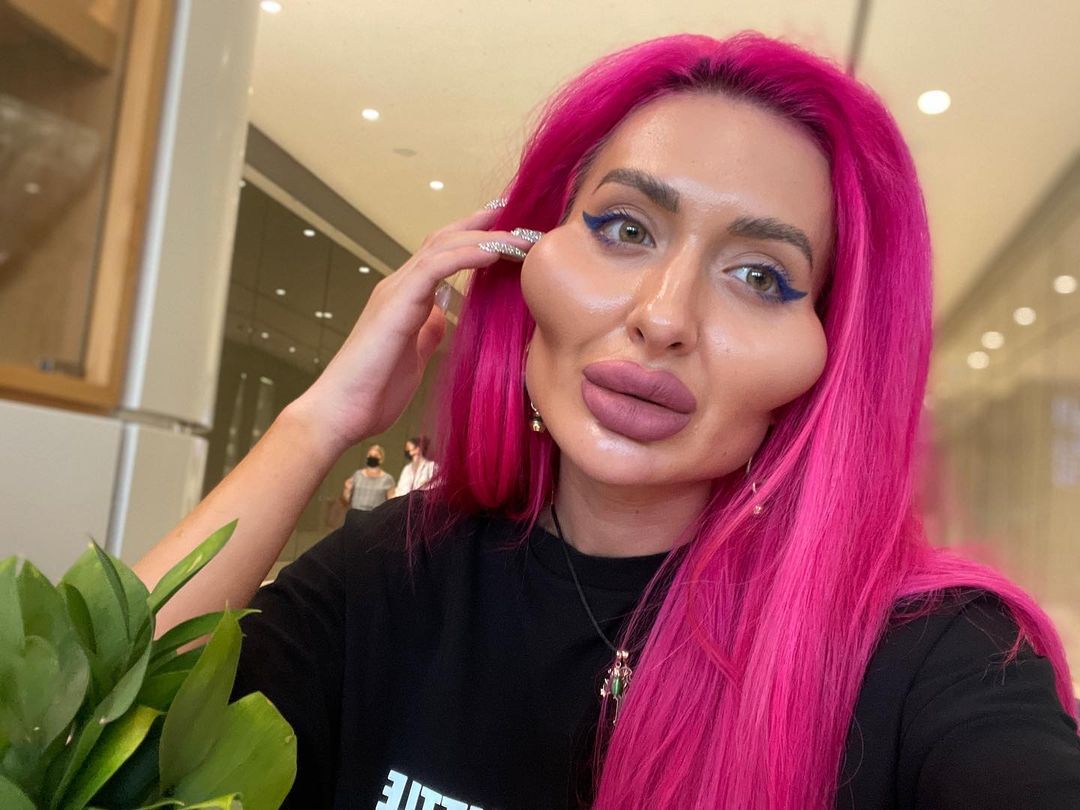 People have been left curious as to what she looked like before going under the needle or knife. And now, we’ve got the answer. The model recently shared throwback photos showing how she used to look before her numerous face-altering cosmetic surgeries. In before vs. after collage on Instagram, Pokreshchuk in the before pic had a much more toned-down look with brunette hair, thinner brow, and natural cheeks.

The model has spent more than £1,600 on face injections and claims she looked like a 'mouse' before her drastic cheek filler. 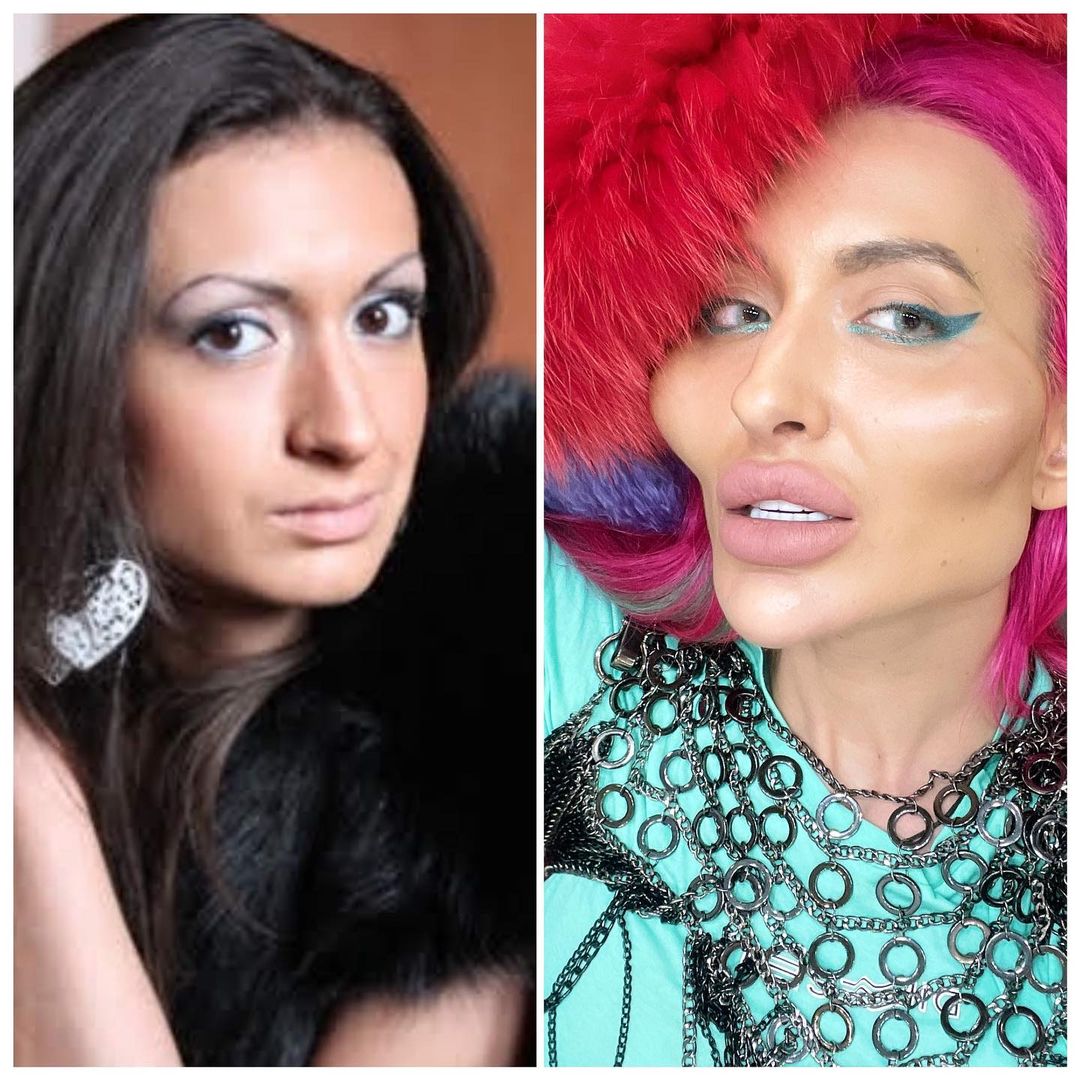 But in the after (as seen above), her cheeks appear notably bigger; her lips have also begun plumping. This post captioned: “Transformation – 26 and 32. Who will you choose?” in particular has garnered over 22K likes and comments of how she looked unrecognizable. As expected, not everyone was impressed, but the social media star loves her appearance. She even followed up with another old pic of herself.

Many of her followers commented she 'looked prettier before,' but Anastasiia is very confident in her new look. 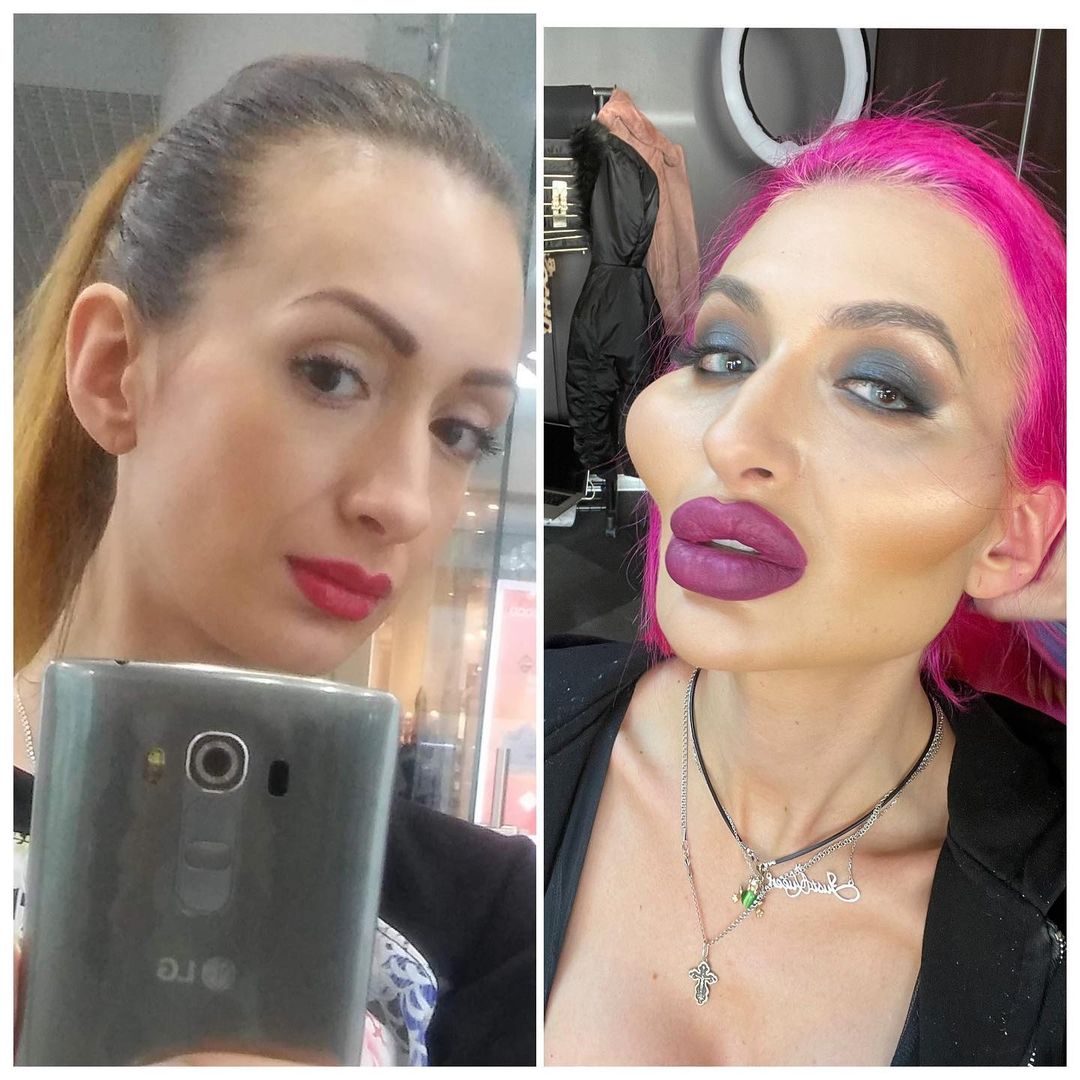 “After I had the injections and saw the changes in my cheeks, I fell in love with them. I understand that they look weird for other people, but I don’t mind.” Pokreshchuk had reportedly said. She added that the fillers boosted her confidence and explained that she was pretty shy to post photos of herself online before getting the injections.

The 32-Year-Old hopes to get even more surgical treatments to enhance her figure. 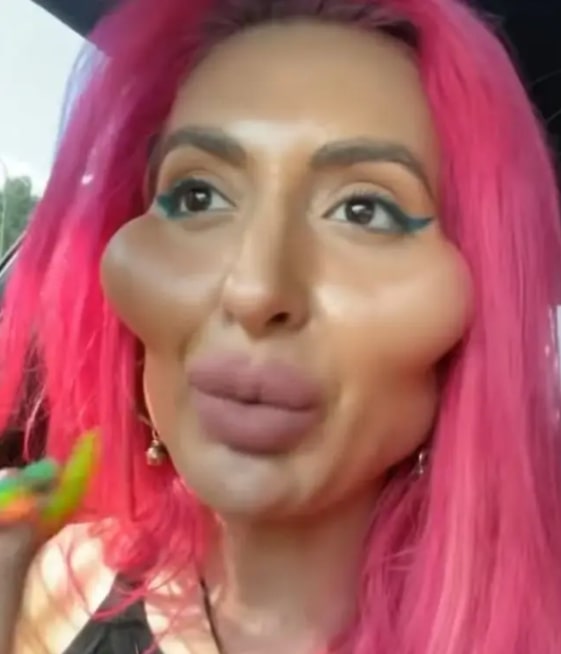 “I was ashamed of everything; my voice, my appearance. It was hard work. I think I was ugly before. My mom thinks that I was naturally beautiful before, but now thinks I look more exotic, and my friends say my new appearance is better because before I looked like a grey mouse.” She explained.

According to the Mirror, Pokreshchuk was 26 when she got her first facial filler.

So far, the Instagram influencer has undergone many procedures that include lip fillers, veneers, and fillers in her jaw and chin.