Luck strike Asaree Pooad, a 24-year-old fisherman who went out one early morning during monsoon season with his dad for fishing. The two had to return to the shore without catching anything that day but soon realized that it wasn't the end as they notice two floating objects on shallow water. It appears that the son-father duo found $335,000 worth of whale vomit that was about to be washed ashore on Satun province, south Thailand.

The two had suspected these to be the 'treasure' that they saw were being covered on TV quite recently.

Asaree Pooad holding one of the samples that floated on the water when they returned to the shore after fishing with his dad. 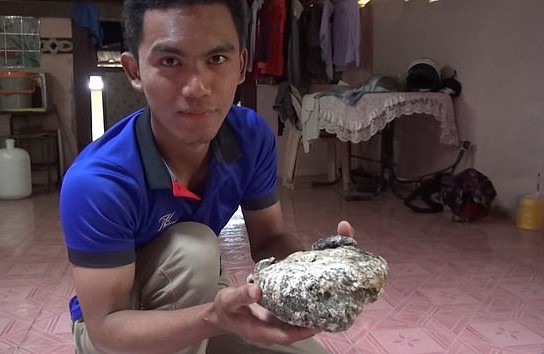 The two chunks combined weighed 7.6kg and are actually solidified whale vomit that may contain ambergris. 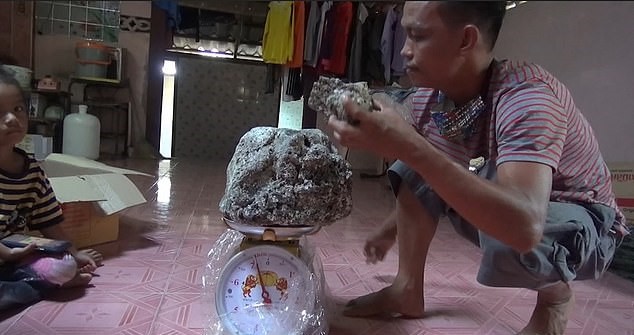 The excited fisherman Asaree Pooad calls these chunks 'treasures' after watching them on TV. He did not imagine the fishing trip the family had to cut short would end with a huge find like this.

After weighing, the chunks weighed 7 kg and 600g. With certificates of authenticity that are issued by the Prince of Songkhla University, the ambergris can be worth more than $330,000 or £242,000.

The family is now open to offers to purchases the chunks as well as reexaminations. 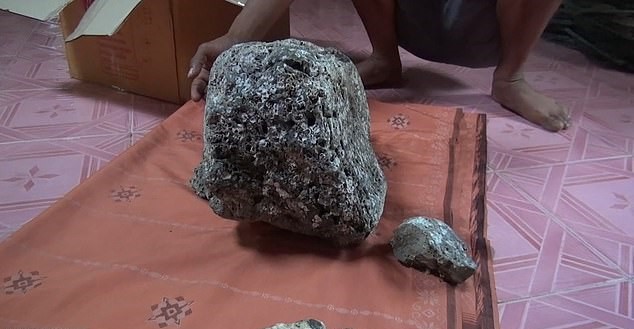 This ingredient is a very sought-out material to the perfume industry due to the fragrant smell they emit after they solidify. Adrienne Beuse, an ambergris dealer in New Zealand, said in a telephone interview with NY Times that good-quality ambergris can be sold for up to $10 per gram, adding that for the finest grades, “the sky's the limit.”

However, it is illegal to be traded in the US as whales are endangered species. 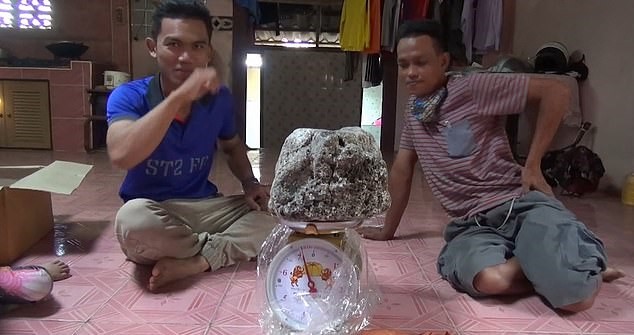 Ambergris is produced by sperm whales. 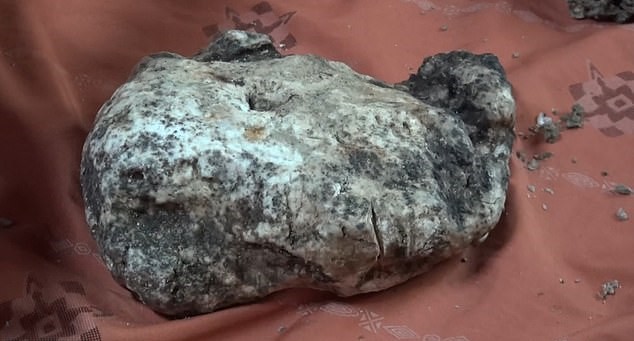 Ambergris, or grey amber, is secreted from the bile ducts of sperm whales that scientists assume are used to help pass hard, sharp objects that it may have eaten, such as beaks of giant squids. It is still debated whether ambergris is a fecal or vomit matter.

It initially smells foul like fecal, but over time, it turns into this sweet, earthy scent and is highly valued because it is a natural ingredient that helps scents to linger longer. 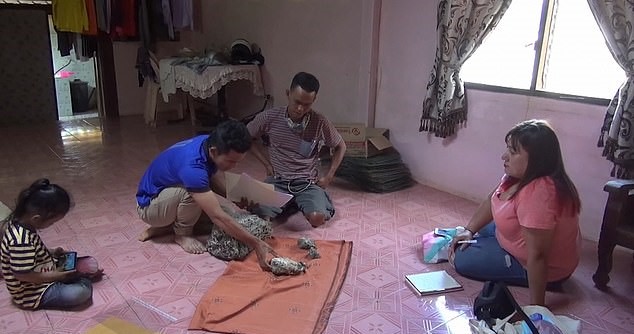 Three Omani fishermen in November 2016 found an 80kg ambergris specimen that they sold for $80 million. 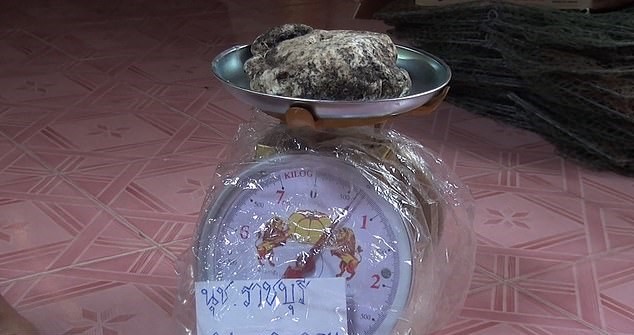 Aside from perfume, ambergris is also historically used as a food ingredient for royal families. 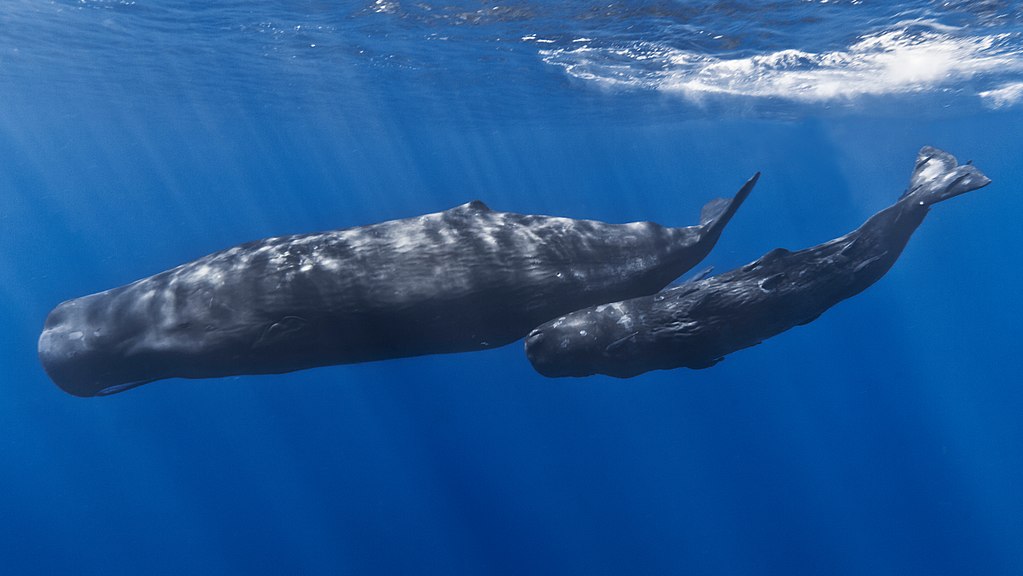 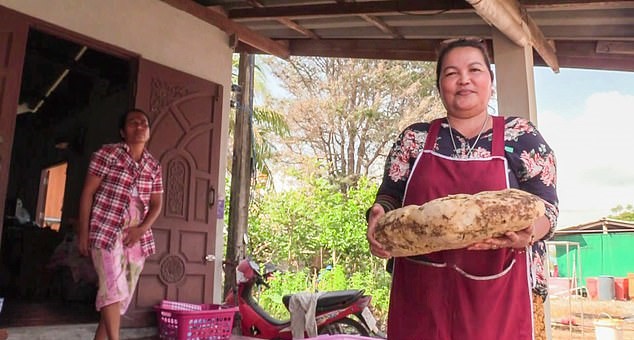 She found a chunk of weird solid object washed ashore on the beach on Nakhon Si Thammarat province, Thailand. She was taking a walk after the rainstorm and brought home the mass on February 23. It smelled fishy, and she assumed it was something she could sell.

She consulted her neighbors and found out it was the heavily sought-out ambergris, weighed at 7kg.

"'If I really have the genuine ambergris, I can help my community once I find a buyer for it," she commented.

This piece of ambergris weighs 7kg, and its price was estimated at around $256,000. 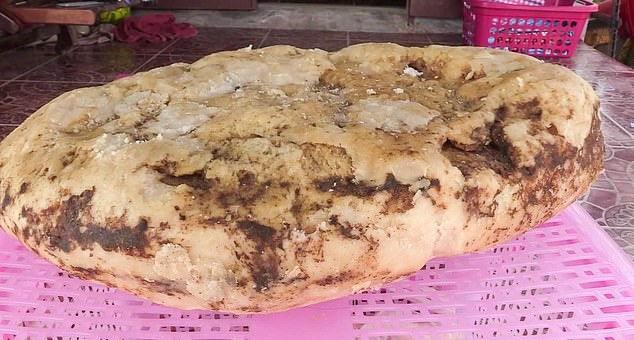 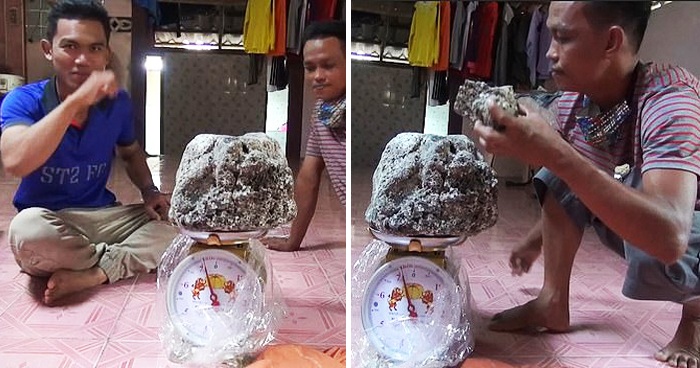 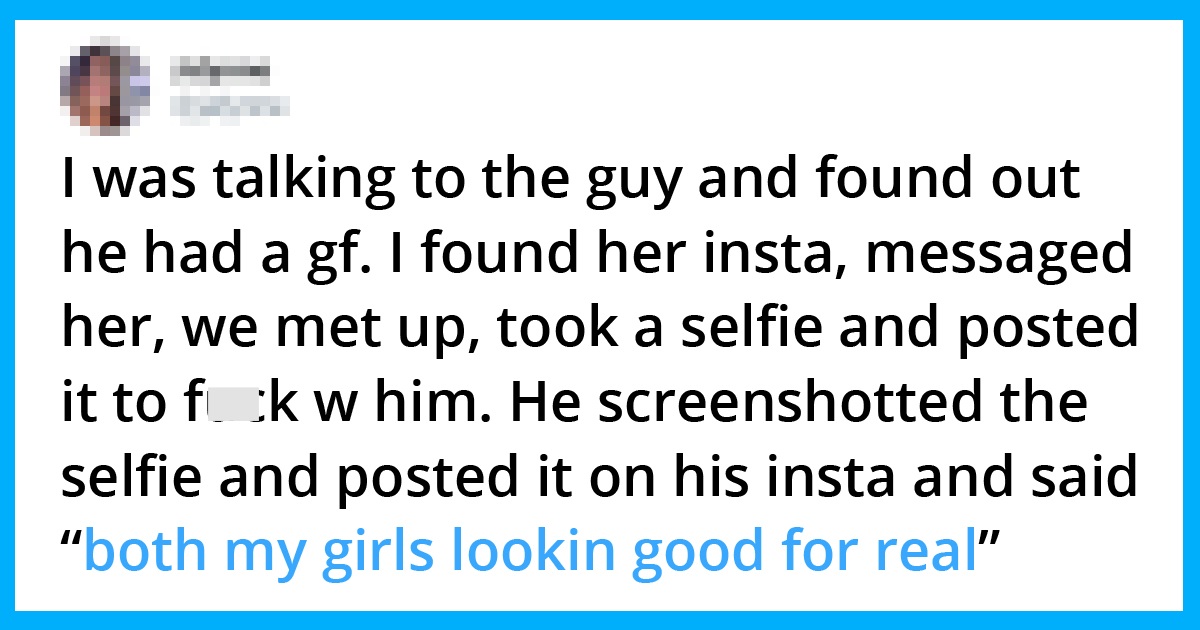 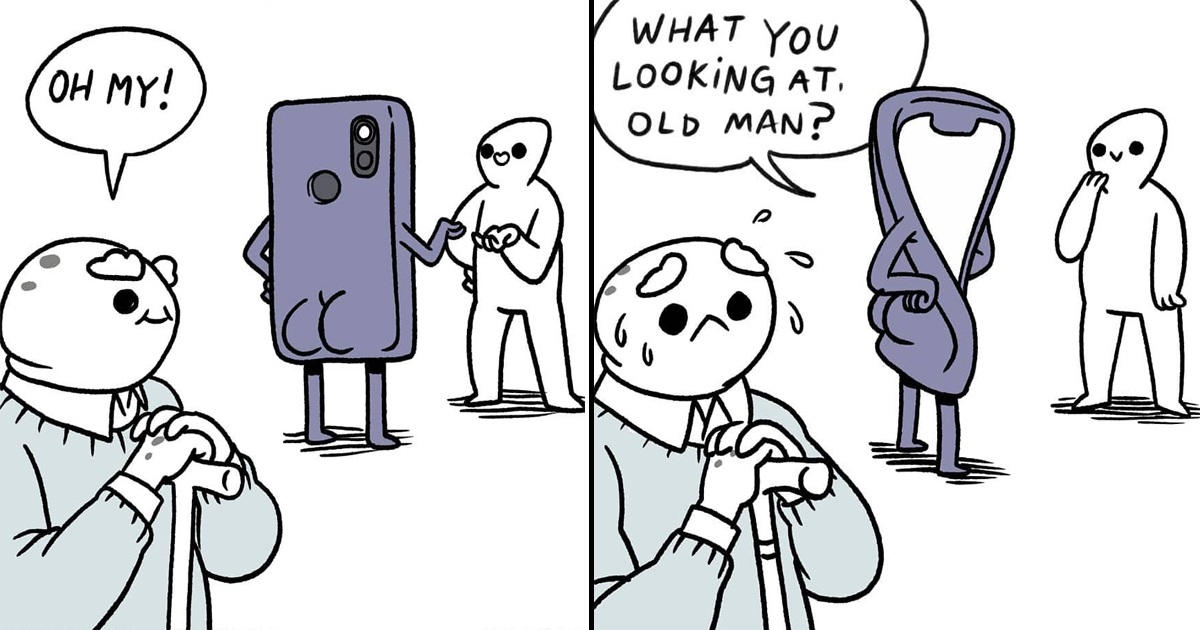 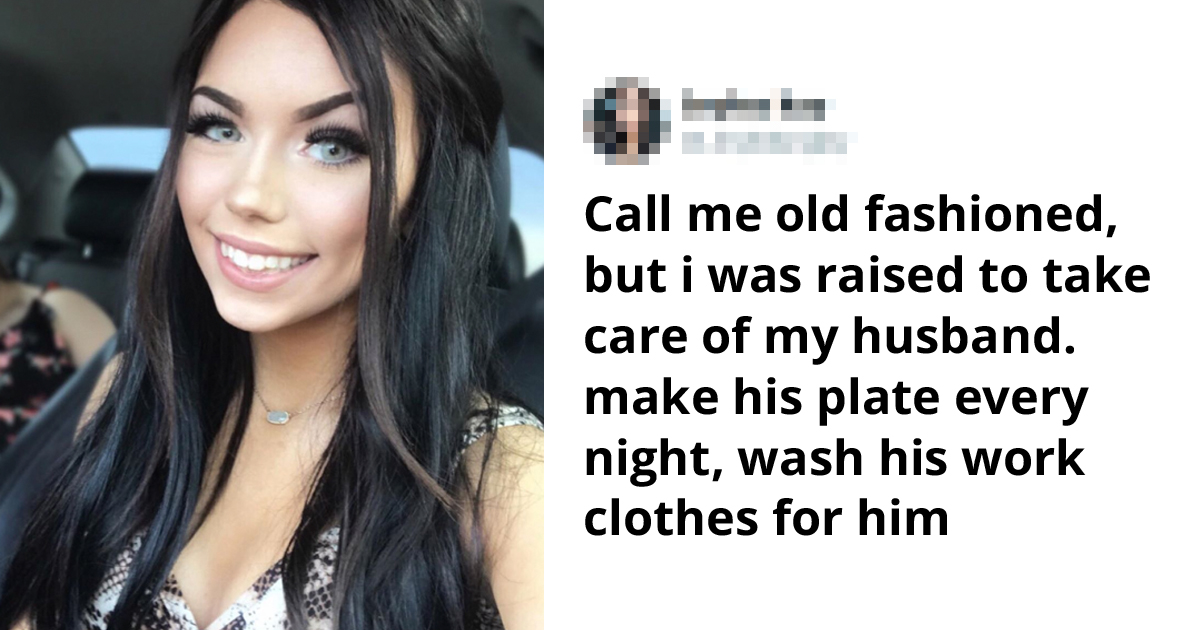 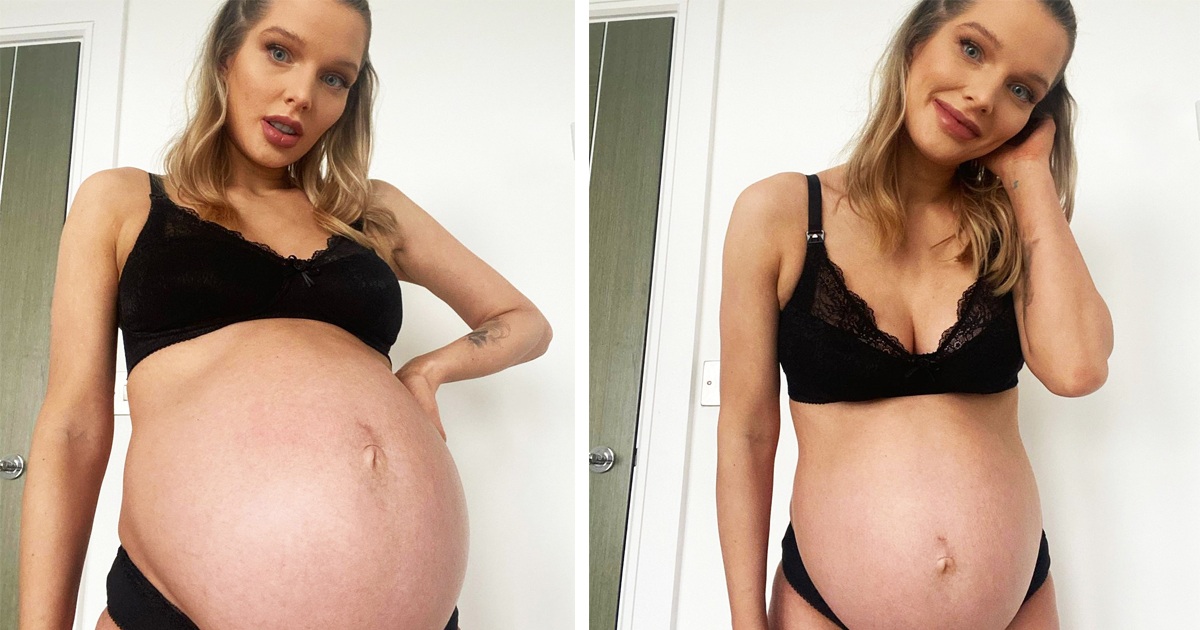