Ordering a meal and leaving without paying is recognized as theft, even if it isn’t consumed. Once requested and brought to the client’s table, it can’t be served to someone else; hence it must be thrown out. We all aware that the restaurant sector suffered quite a loss in 2020 due to the global pandemic. Many eateries, including restaurants, shut down while a few stayed afloat amid struggling.

An Australian man has proven he isn’t bothered with this glaring situation, ordering $170 worth of food from a struggling family restaurant but gave workers a fake address and refused to pay. The cruel man ordered twenty meals from a restaurant situated in Melbourne's Yarra Ranges area with a request for free delivery and payment on arrival. 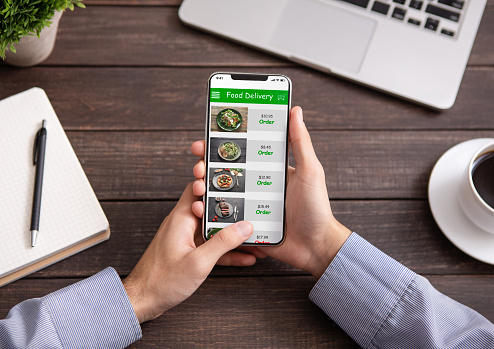 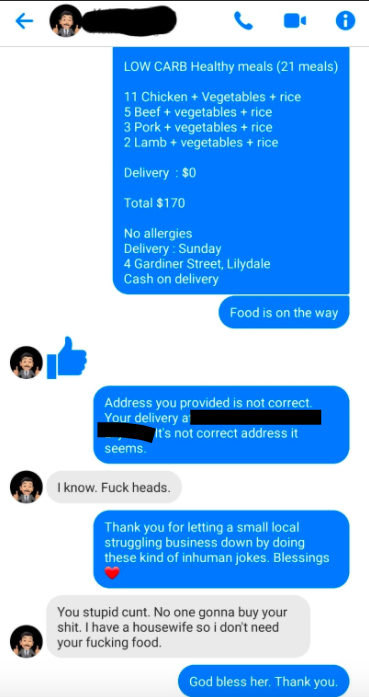 The man was informed his food was on the way, to which he responded with a thumbs up. But after the driver showed up at the given address and found out its fake, the restaurant worker sent a text saying the address he provided isn’t correct. To this, the cruel man responded: ‘I know. F**k heads!’

‘Thank you for letting a local struggling business down by doing these kinds of inhuman jokes. Blessings.’ The restaurant responded, to which the man also replied, saying: ‘You stupid c**t. No one wants to buy your s**t. I have a housewife, so I don’t need your f***king food.’ 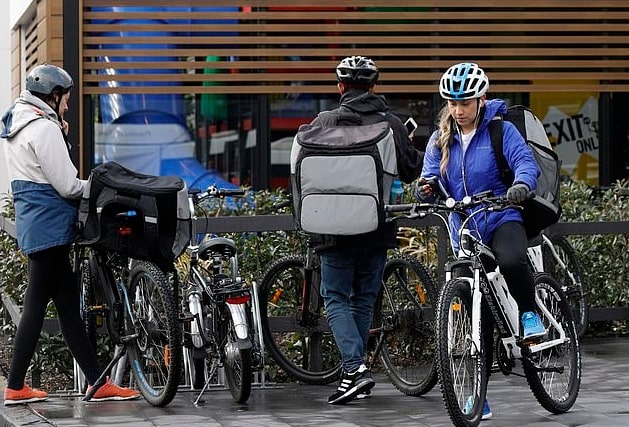 Expectedly, the cruel prank sparked outrage after the text exchange was shared to Reddit. ‘I don’t think people understand what a prank is vs. being a**hole.’ A user commented. A second added: ‘Irked me that didn’t say he had a wife, but a housewife, like that, ’s her whole identity. Feel sorry for her. She probably has to put up with this sort of stupid power game s**t too.’ Nevertheless, a few users were prompted to take action against the man as many sought legal assistance.