Parenting is not easy and requires a lot of flexibility. It takes a lot of patience and effort to raise children. It’s a never-ending process of balancing difficult and unexpected situations to allow the kid to learn from them. Sometimes, some surprises come along with parenting that can blow your minds off no matter how patient parents are. Raising kids provides plenty of humorous moments that help parents laugh their troubles away.

Imagine yourself as a parent who just had a baby and you get your baby home, only to see that your other child has packed all of his/her stuff and is completely ready to leave home, out of jealousy and insecurity. We know how you feel about that and that can even make the most patients' parents unprepared.

We bring to you a compilation of such surprises that parents received and they were totally not prepared for it!

1. “My sister just had a baby and she brought her home today. My other niece was so mad that she packed up all her things and tried to leave.” 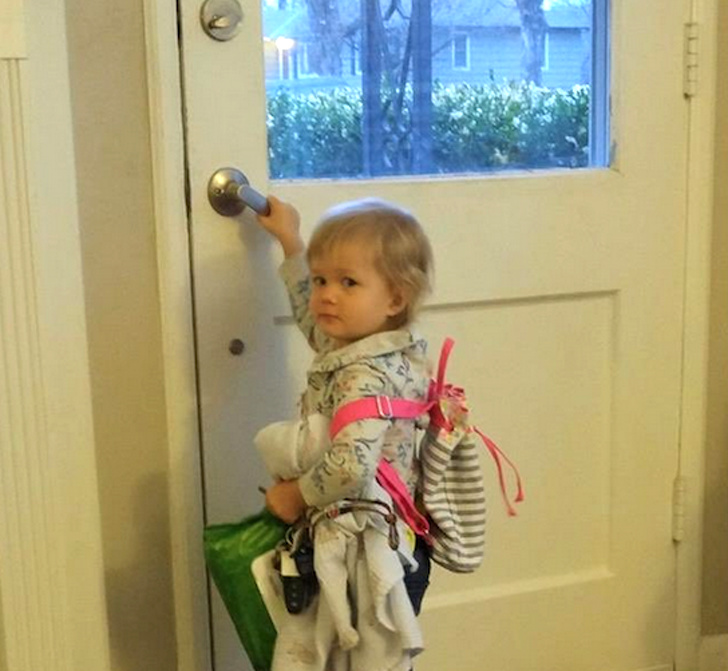 2. “My nephew is running away from home.” 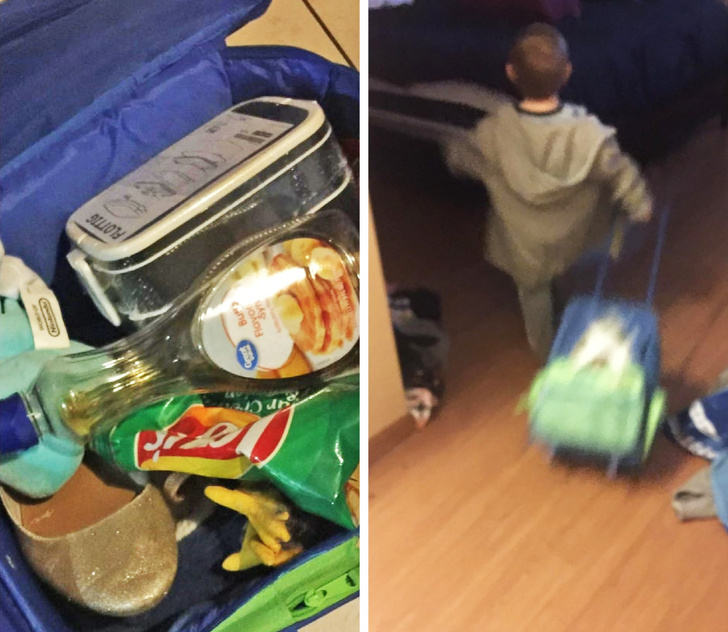 3. “I’ve been looking for my keys since 9 p.m. I turned the whole house upside down and Ju Ju helped me to look for them, knowing that she left them in her mini-car.” 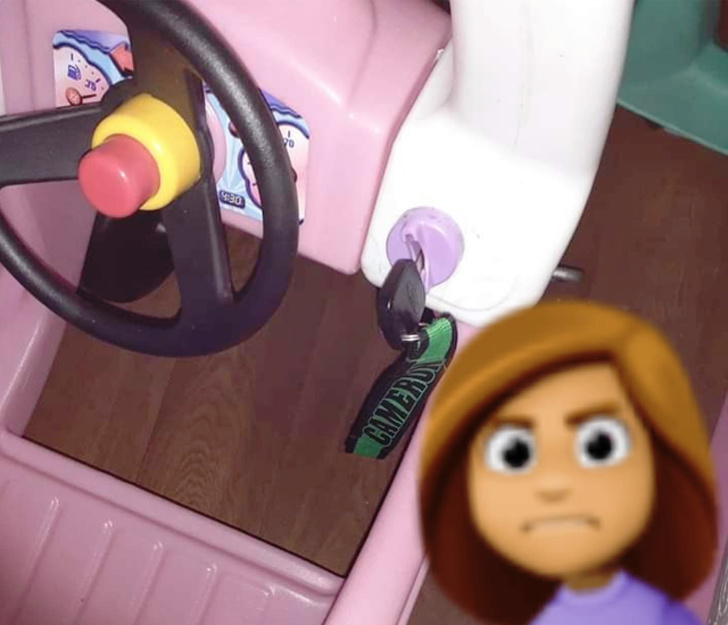 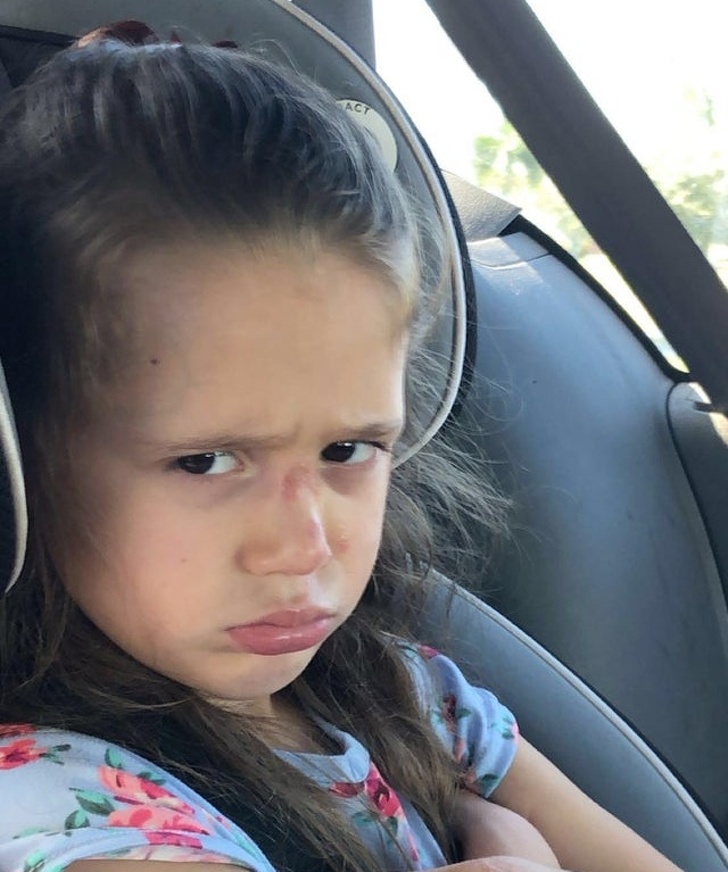 5. “They have been standing like this for 5 minutes to see which one of them is more dominant.” 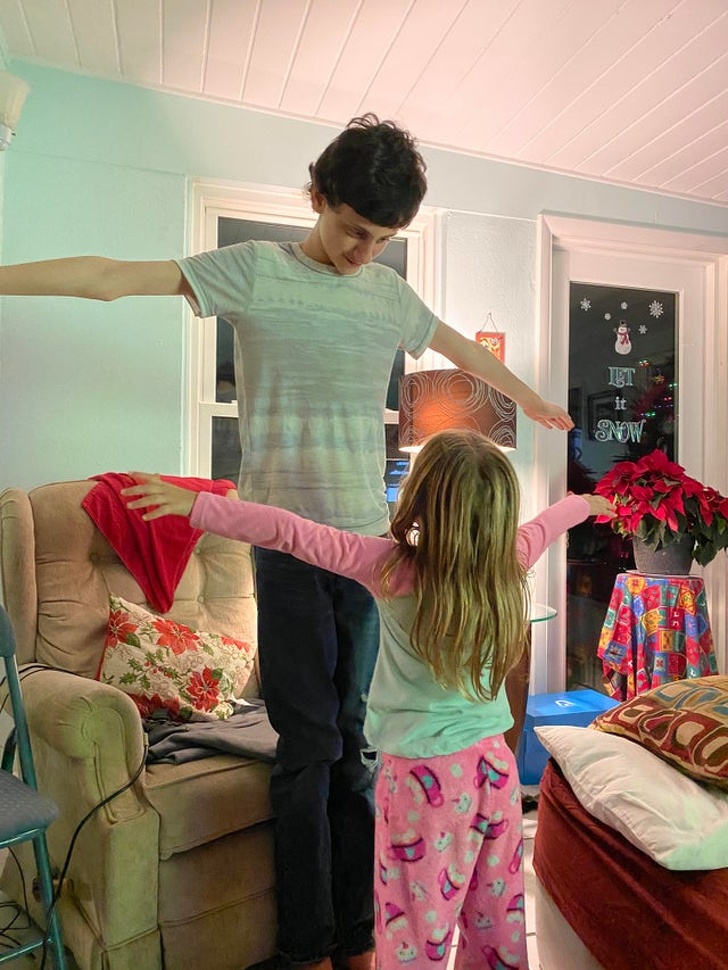 6. “I told my daughter she was too big for the baby walker. She didn’t listen to me.” 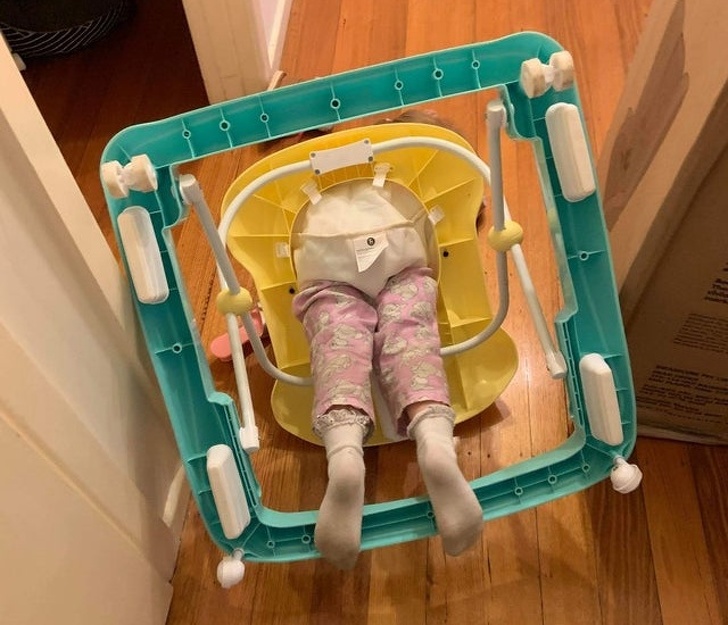 7. Who needs a bed if you already have a box? 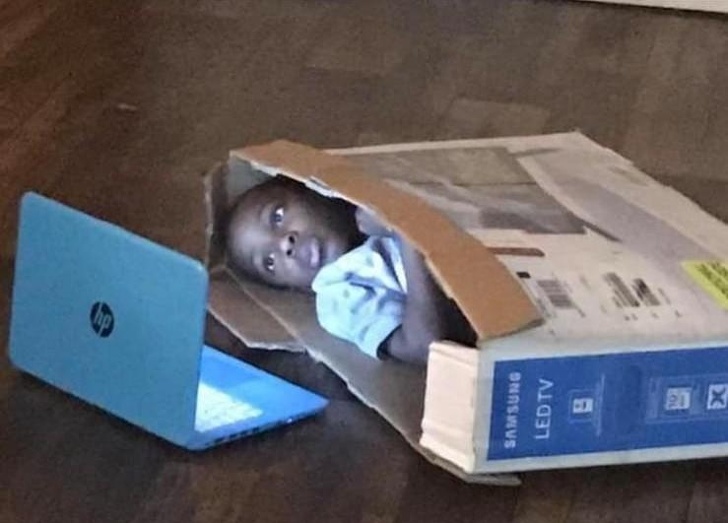 8. “My 5-year-old niece wants a bunny, so she made this trap in the driveway.” 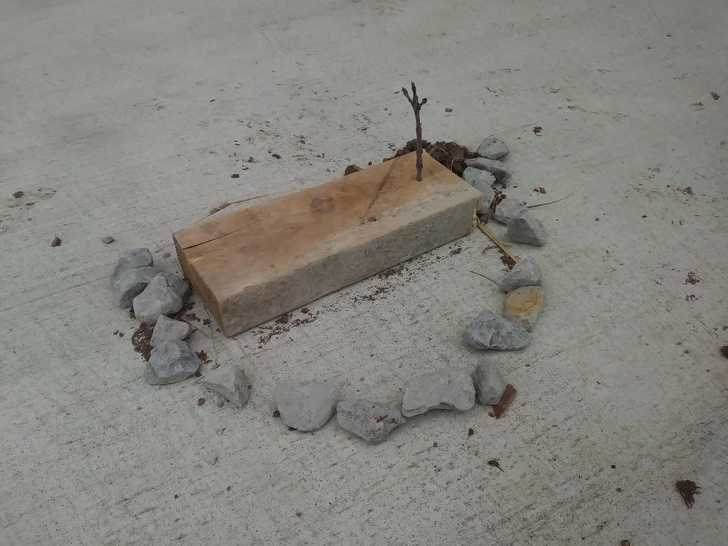 9. Well, that’s better than being constantly asked: “Are we there yet?” 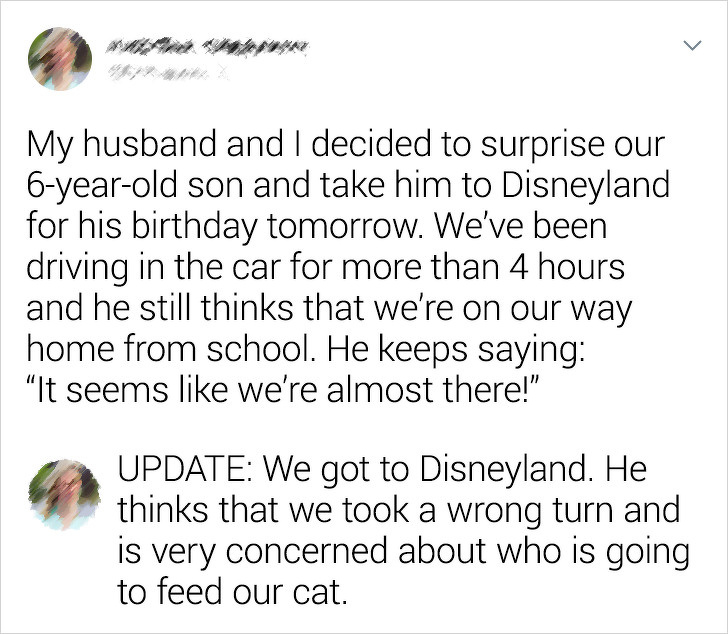 10. “Ladies and gentlemen, this is my little sister.” 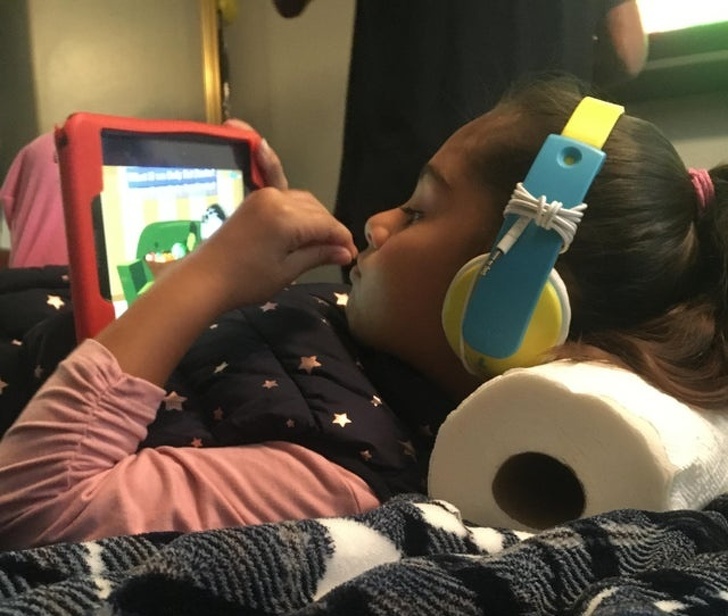 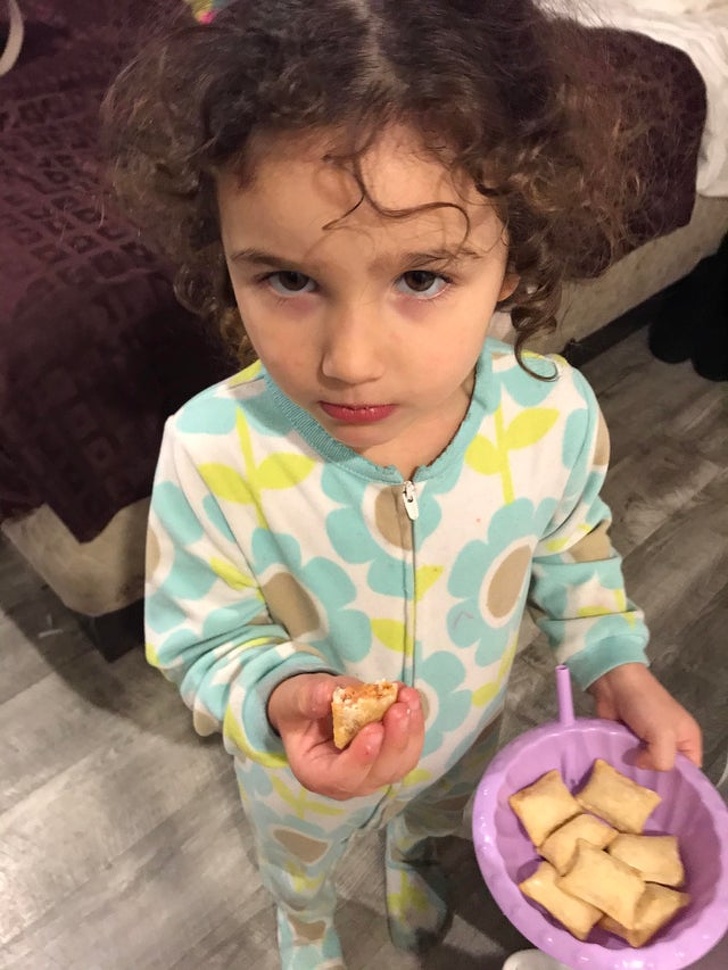 12. “My daughter couldn’t get her phone charger out of the wall after washing her hands. So she decided to use this metal tool. Thankfully, she is okay.” 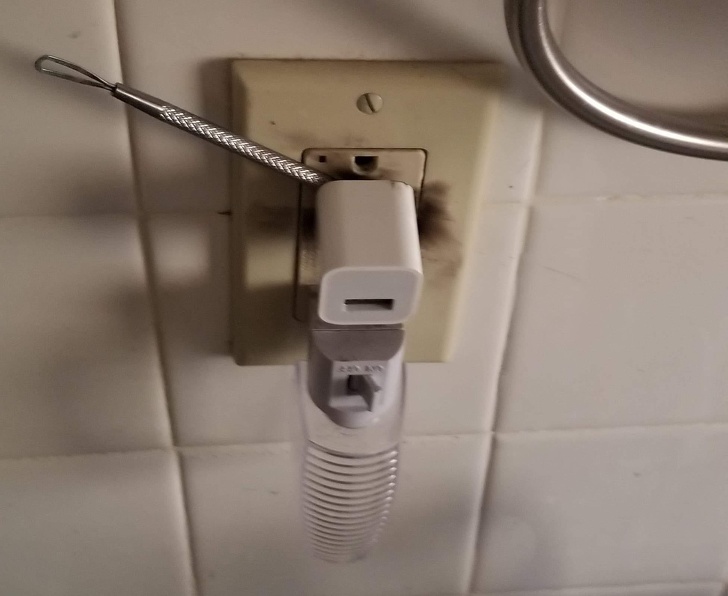 13. “My 3-year-old son thinks that this sign prohibits throwing balls at the ducks. Maybe he’s on to something.” 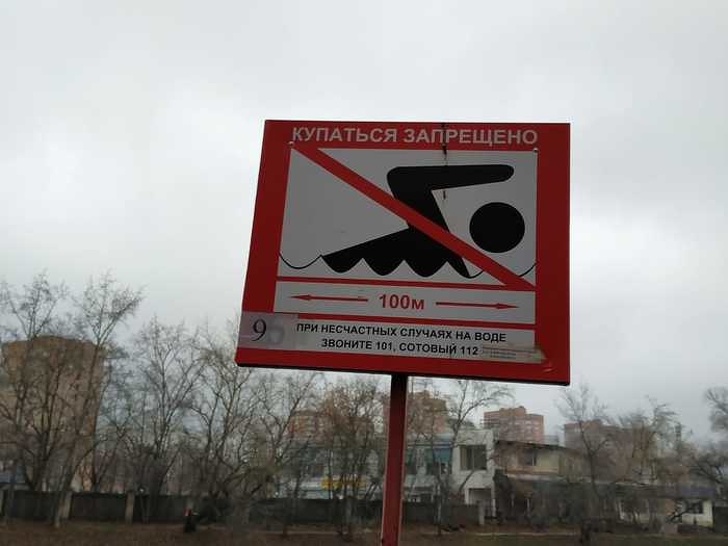 14. She probably knows a secret way to use rice that we’ve never heard of. 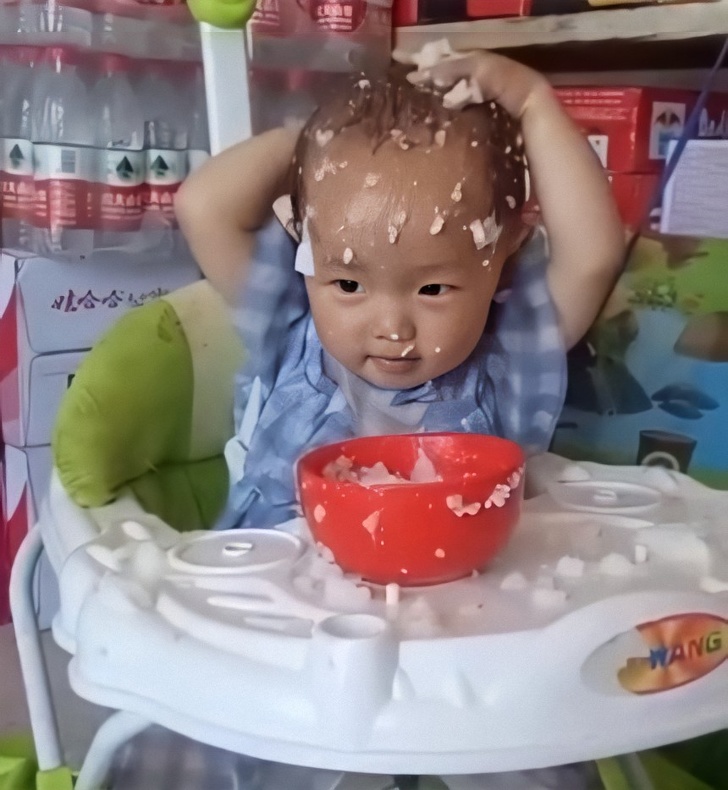 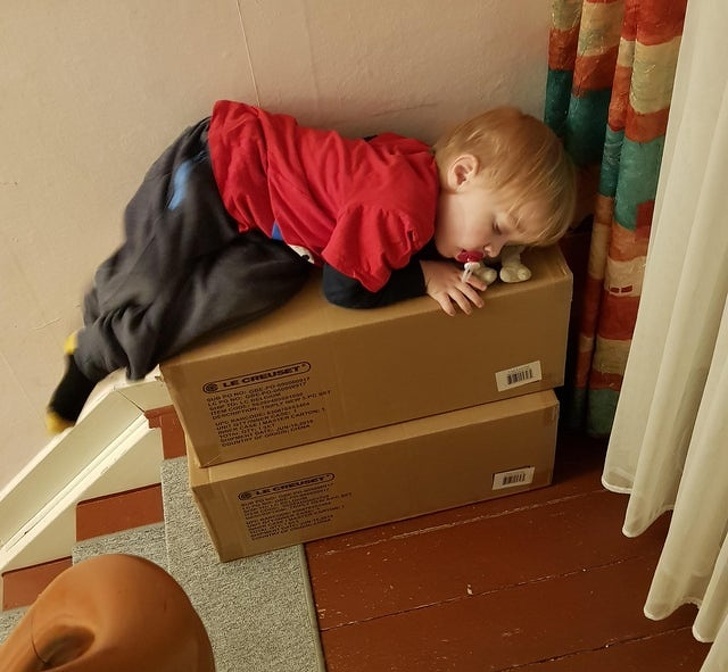 16. “My little sister wondered why her screen didn’t work.” 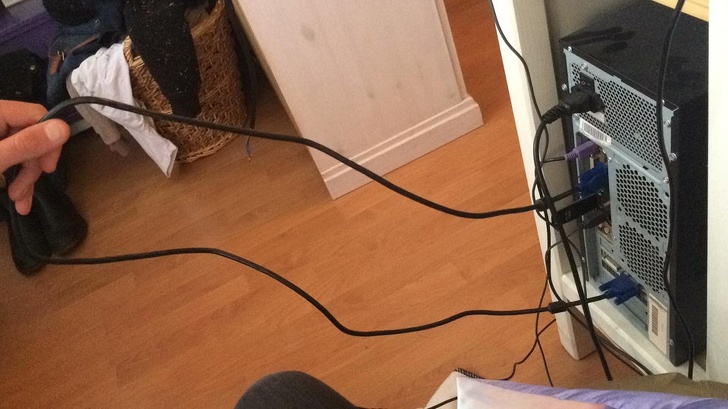 17. “My daughter was trying to hide when she was supposed to be in bed.” 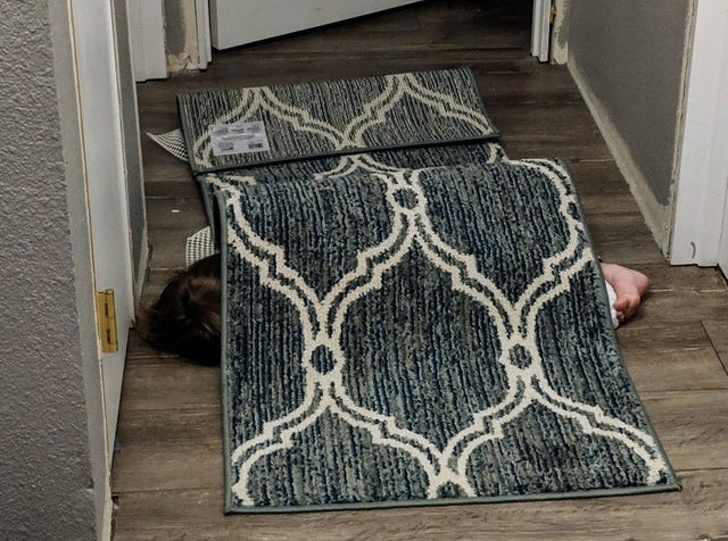 18. “He made this Mr. Potato Head himself. Then he got scared, started to cry, and couldn’t look at it.” 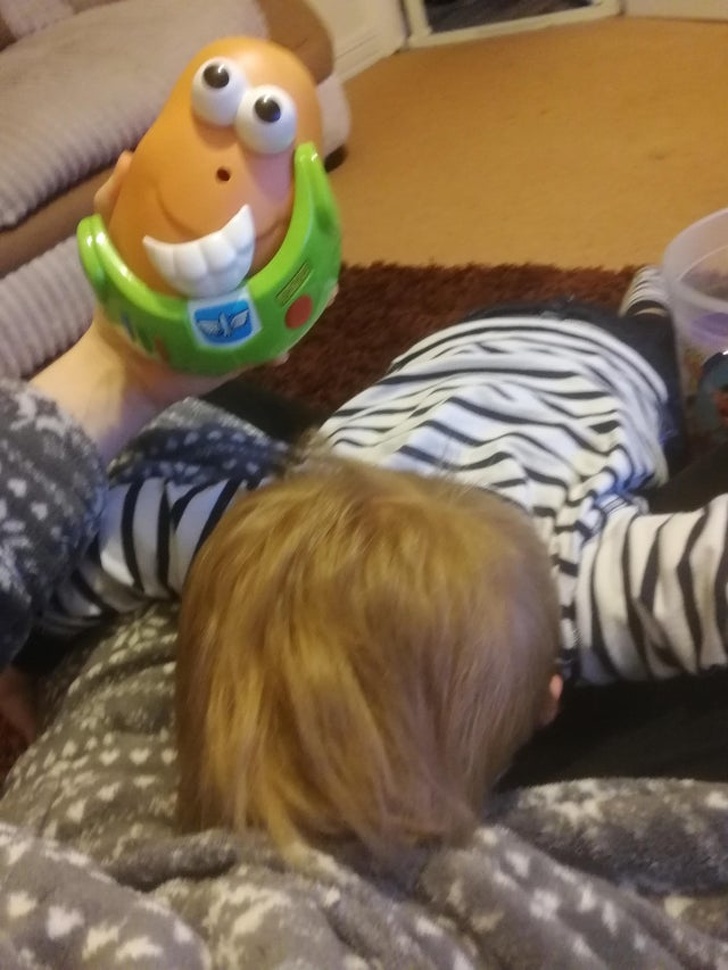 19. “My kid insisted on putting a Band-aid on after losing a tooth.” 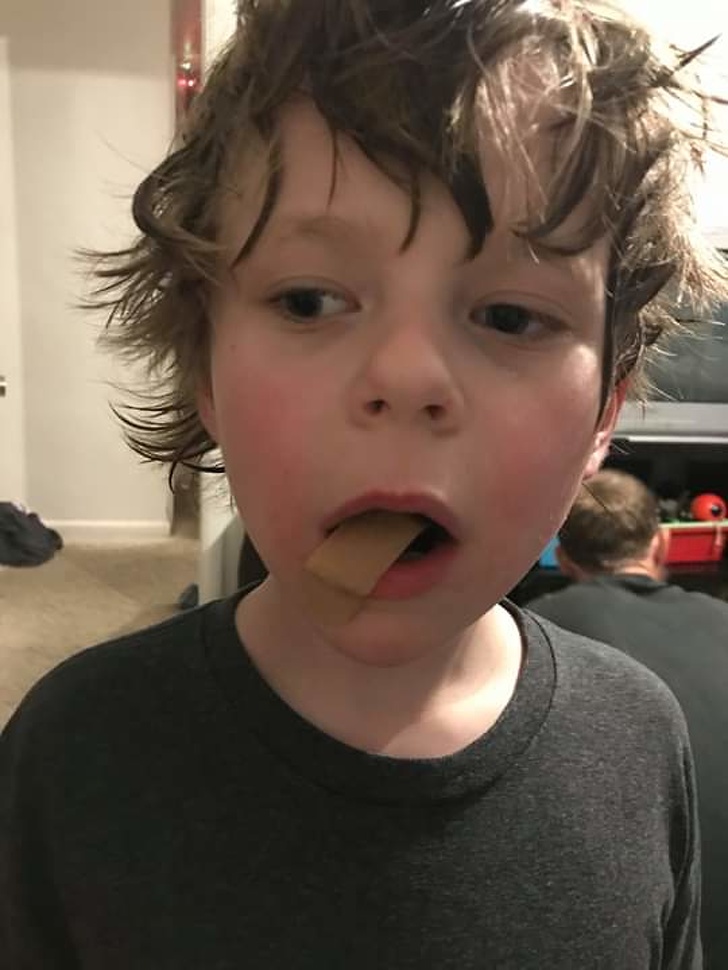 20. Well, at least they’re painting his back and not the wall. 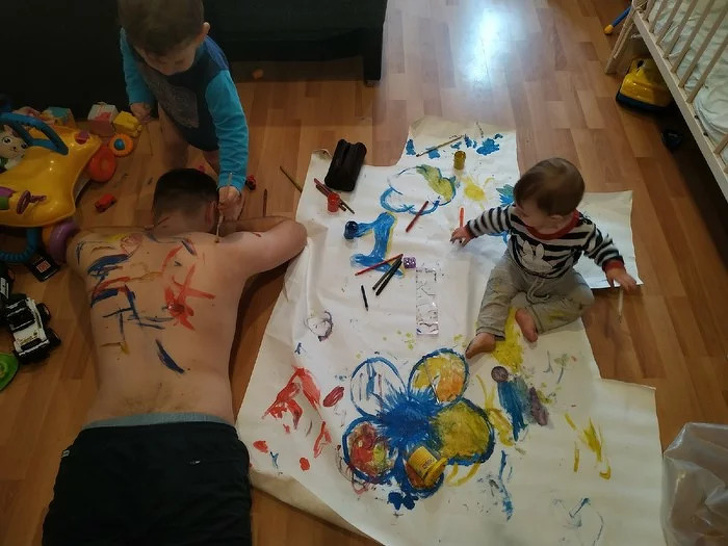 21. “She had toothpaste in her mouth but she refuses to swallow it or to spit it out.” 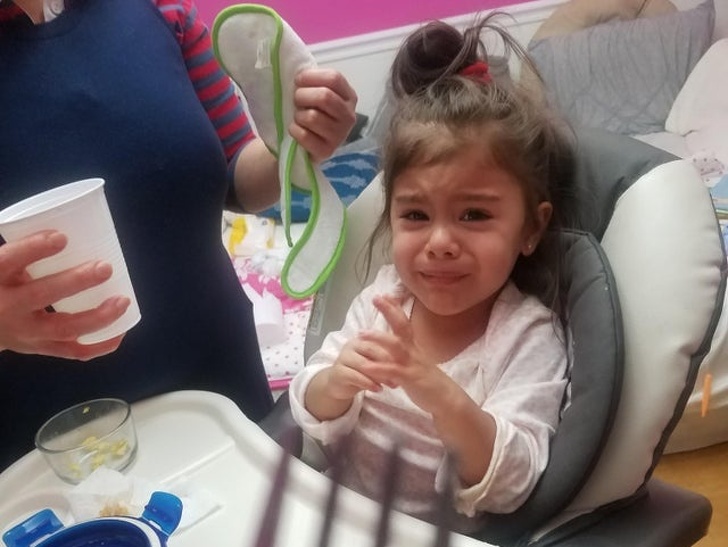 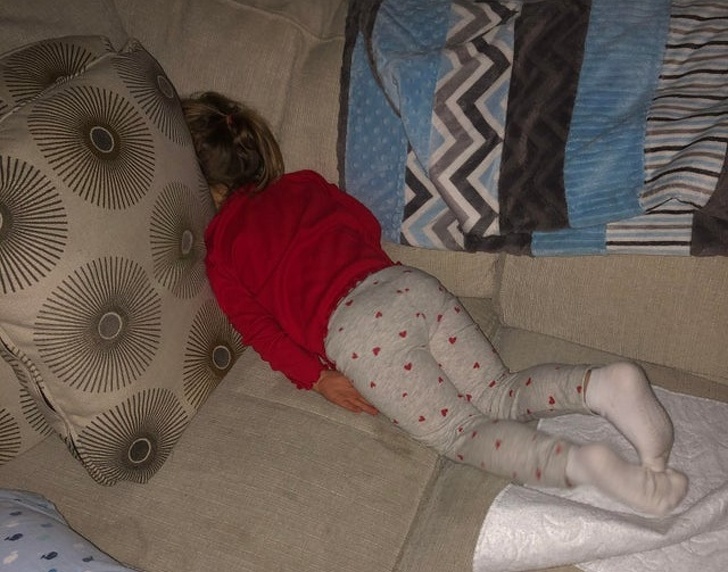 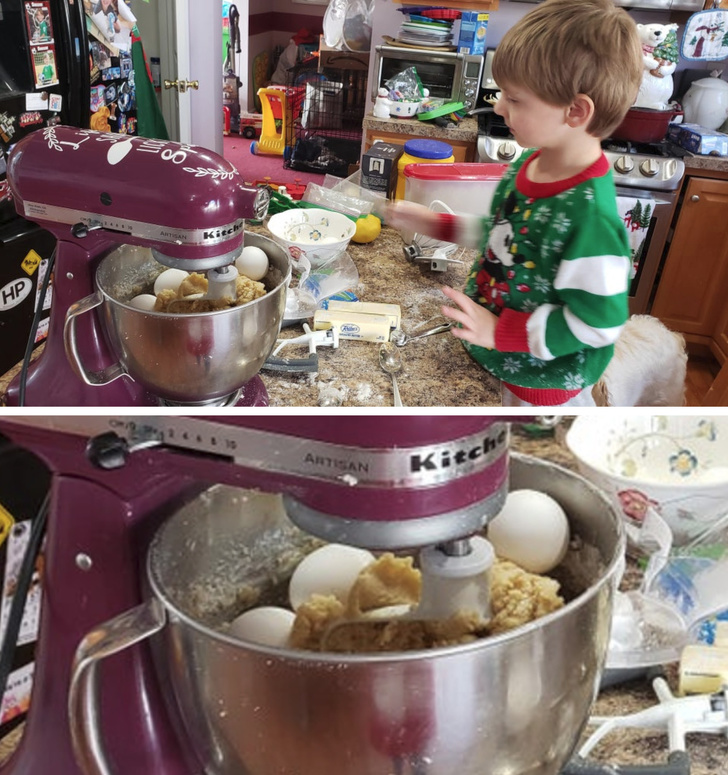 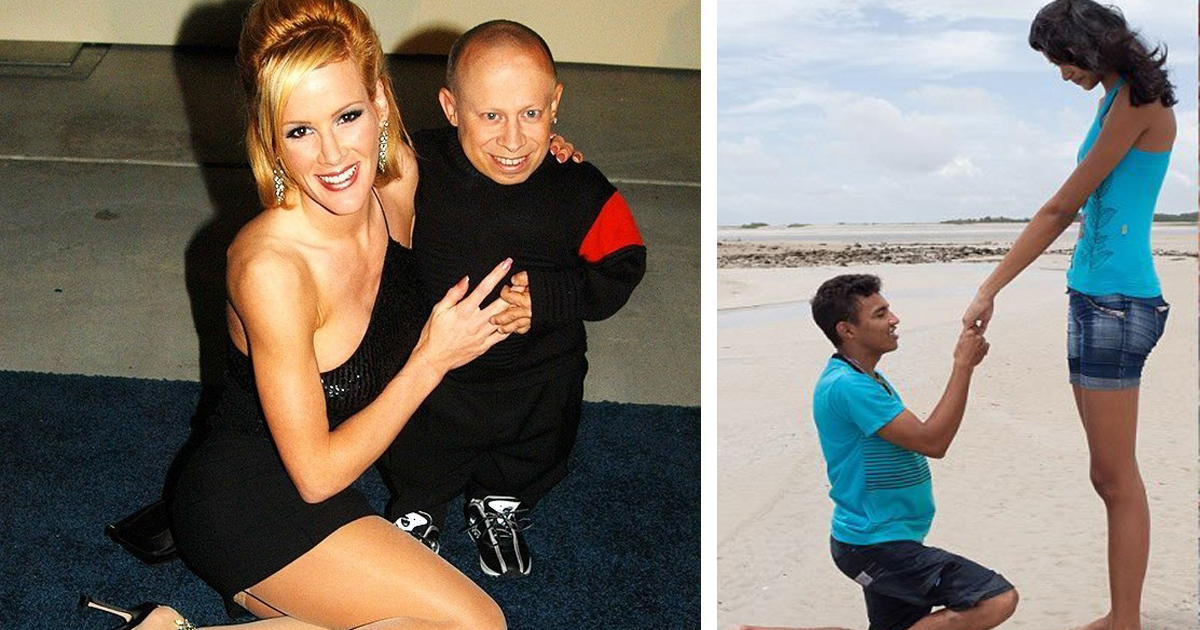 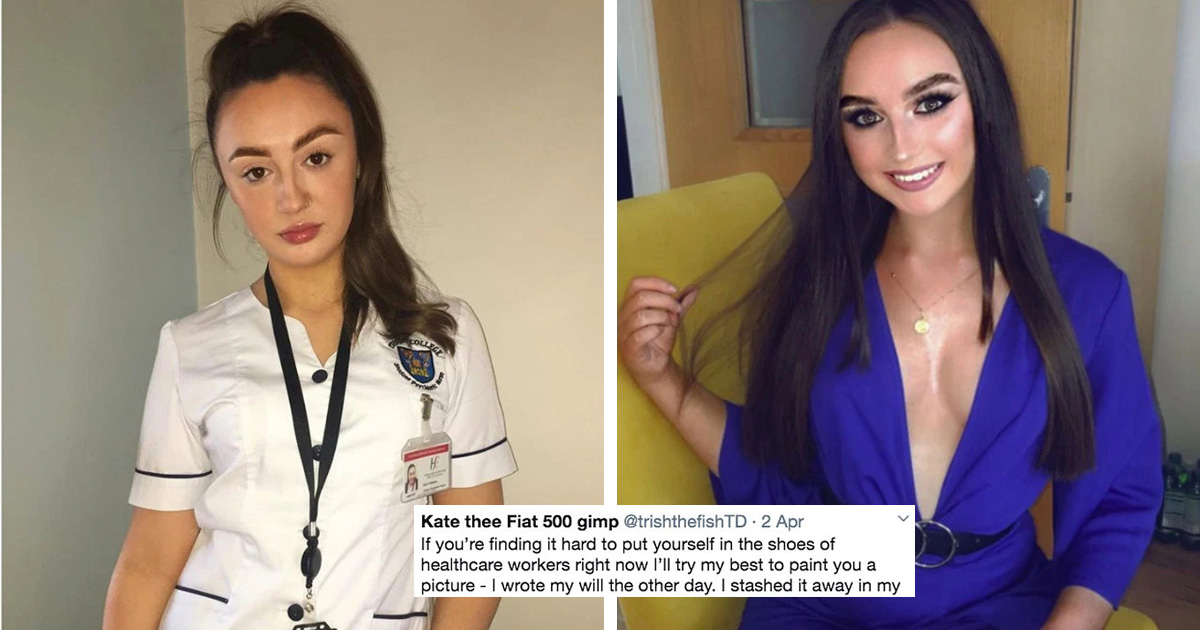 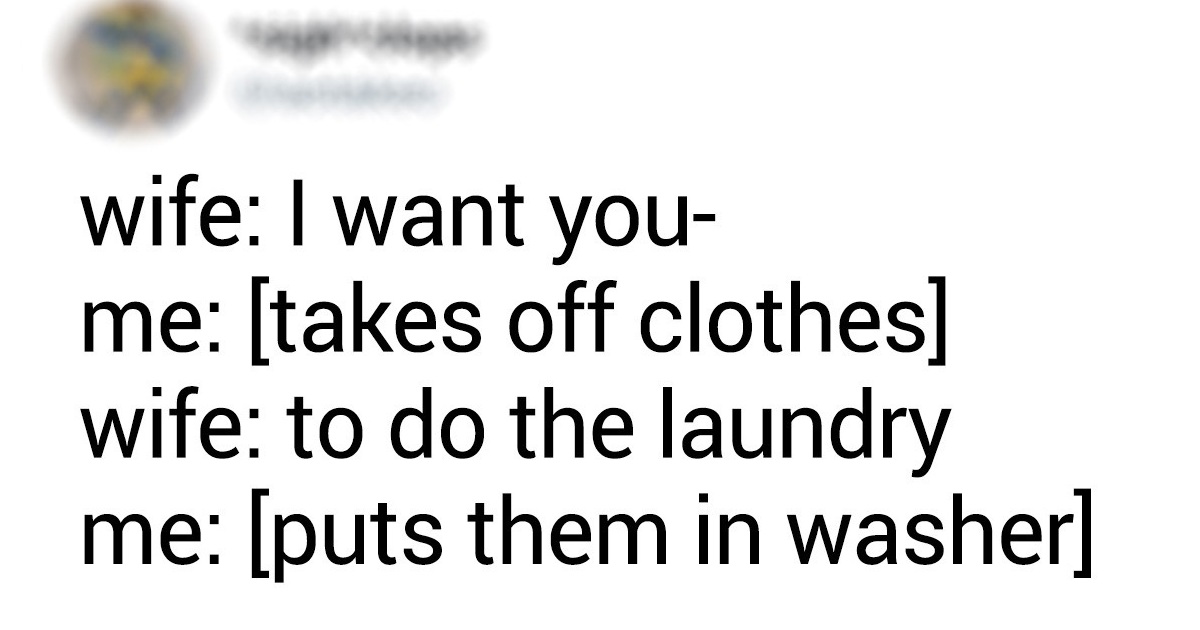 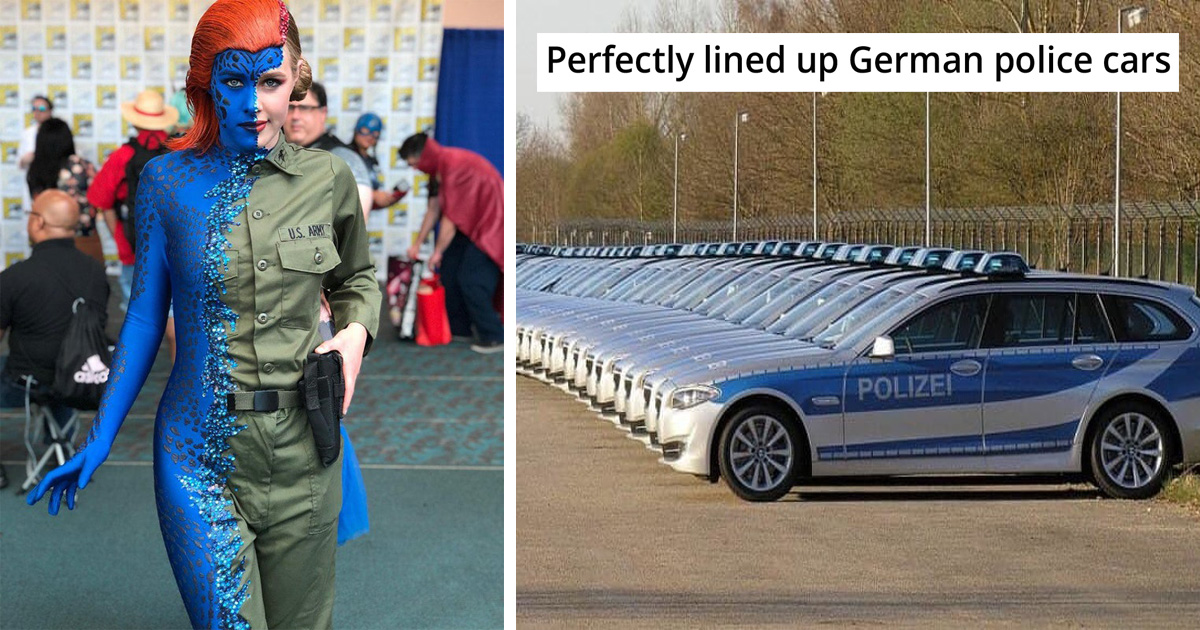