By Margareth
We often don't realize how precious a moment is until we lost it forever. Our childhood days were filled with touches of laughter, games, and running around the neighborhood. Sometimes, our parents would snap pictures, making sure they had enough to remember by. Some were already teenagers and fit adults when camera became a thing.

Sure enough, these pictures became gold. By 20 to 30 years time, you will look back and miss the time when you are not stressed out. You just want to have some fun, bring back the joy you had in you! That moment that you thought with your friend together as worthy to have pictures taken. To encourage you, check out these 25 awesome recreations of old pictures. Then, go on and go through those old dusty albums of yours and see if there are things you wished you could recreate!

#1 Scanning is a family thing. 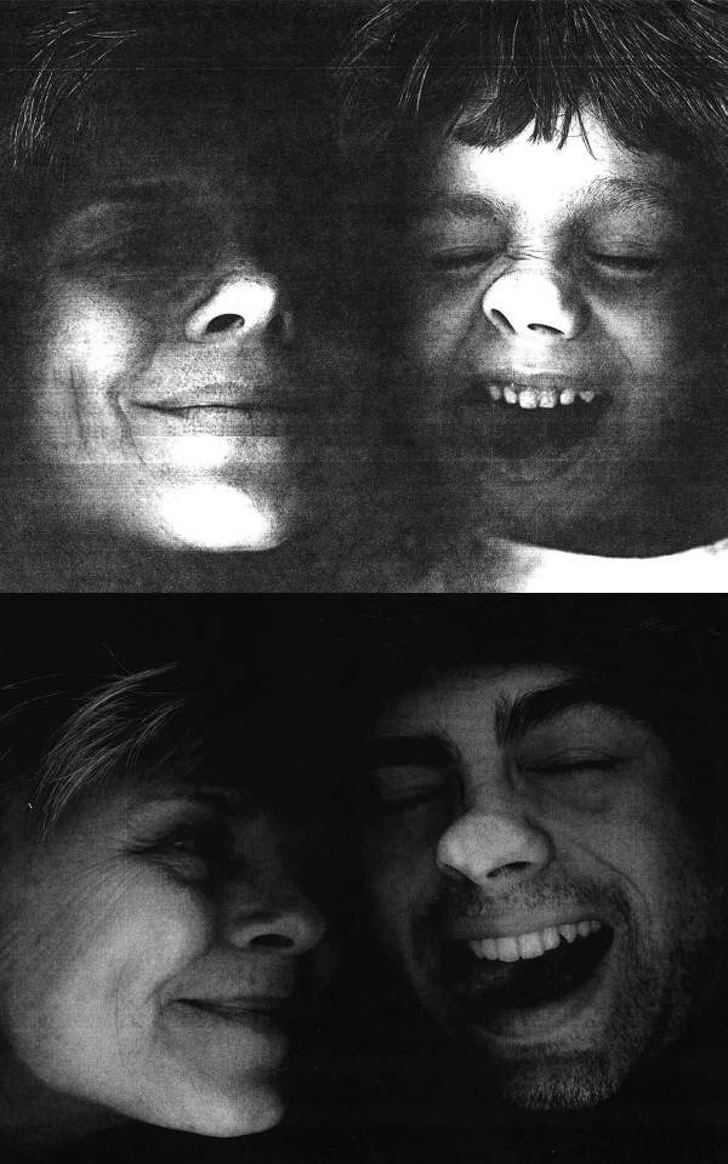 #2 That cousin that goes through thick and thin with you until today. 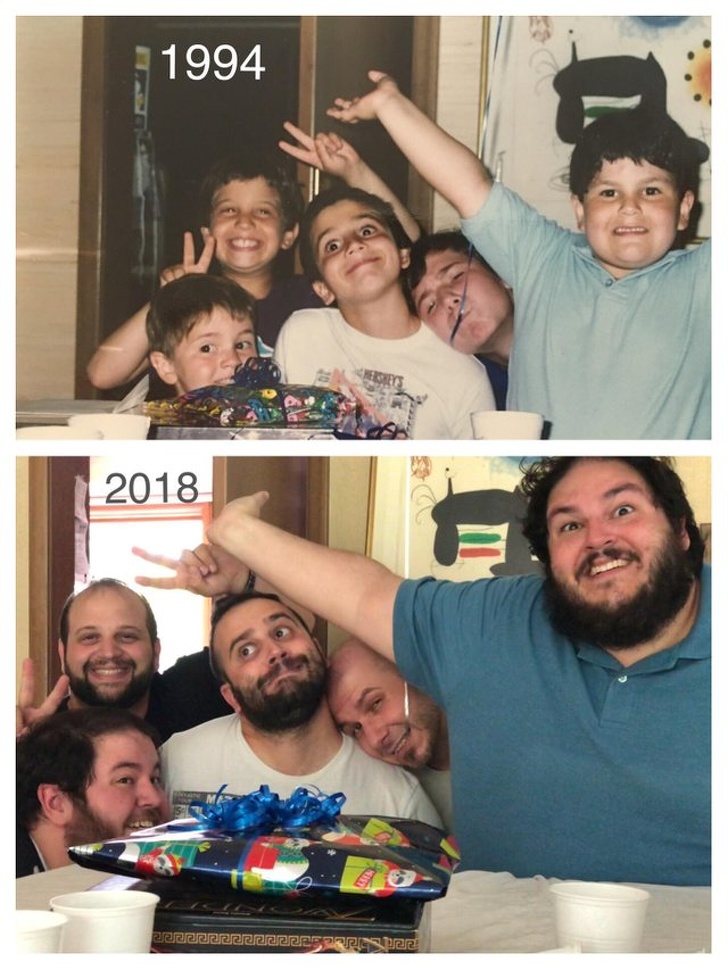 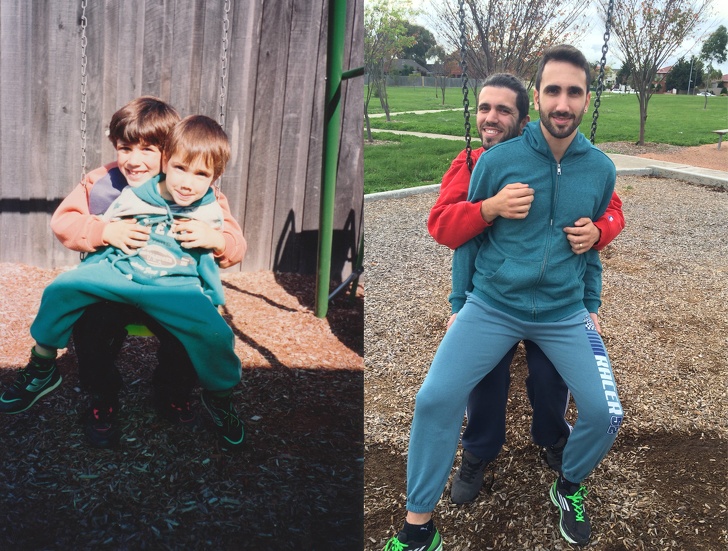 #4 Dad still have the same smile and joy. 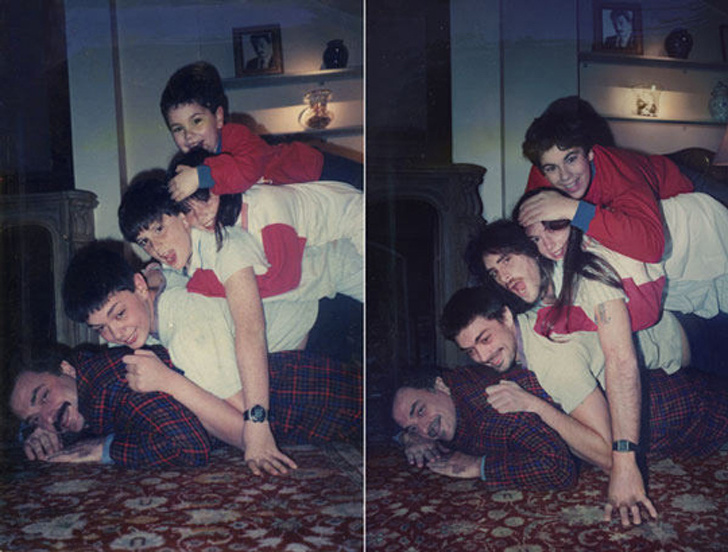 #5 Grown up, but still figuring out how to enjoy ice cream while watching a game. 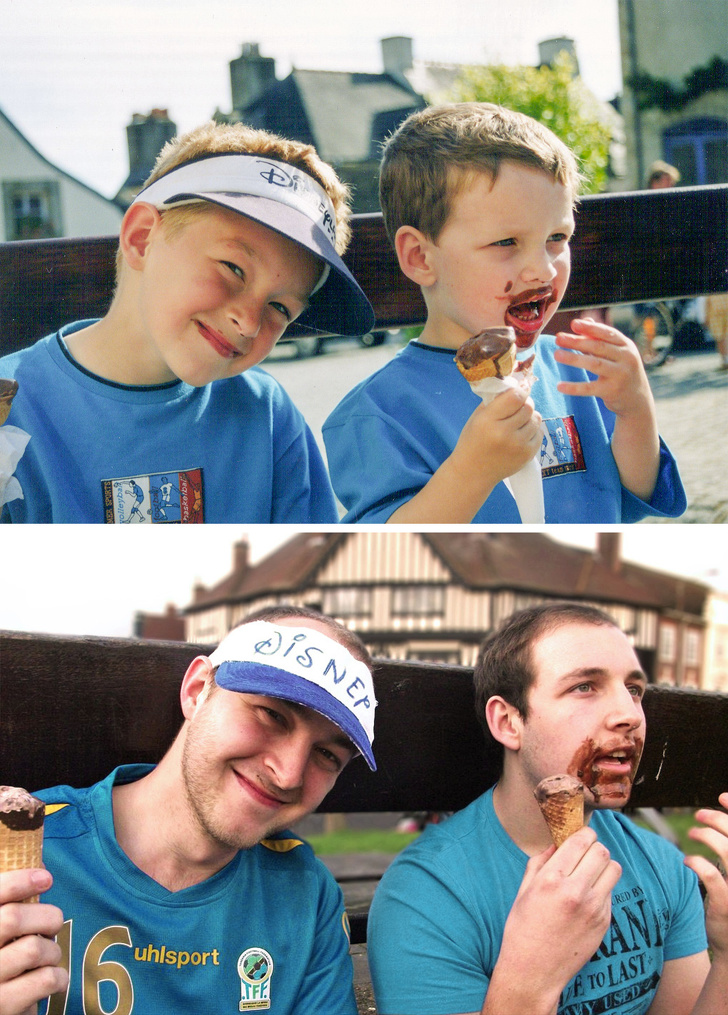 #6 Mom still doesn't think I help in the kitchen, I wonder why. 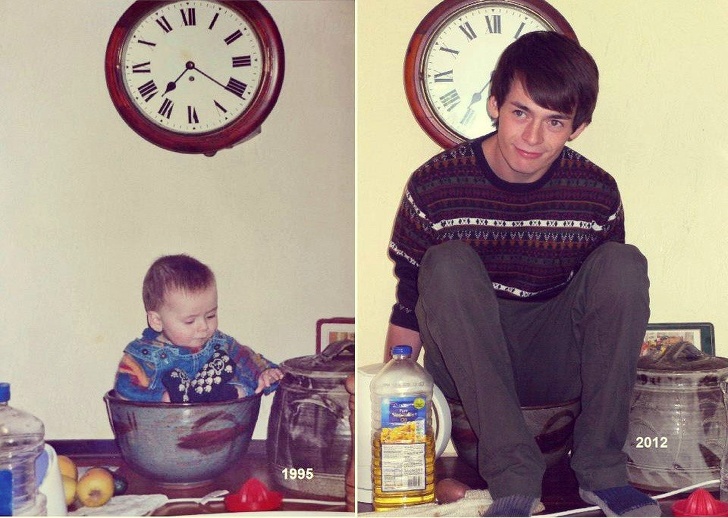 #7 Recreated 99% similar down to the cardbox. 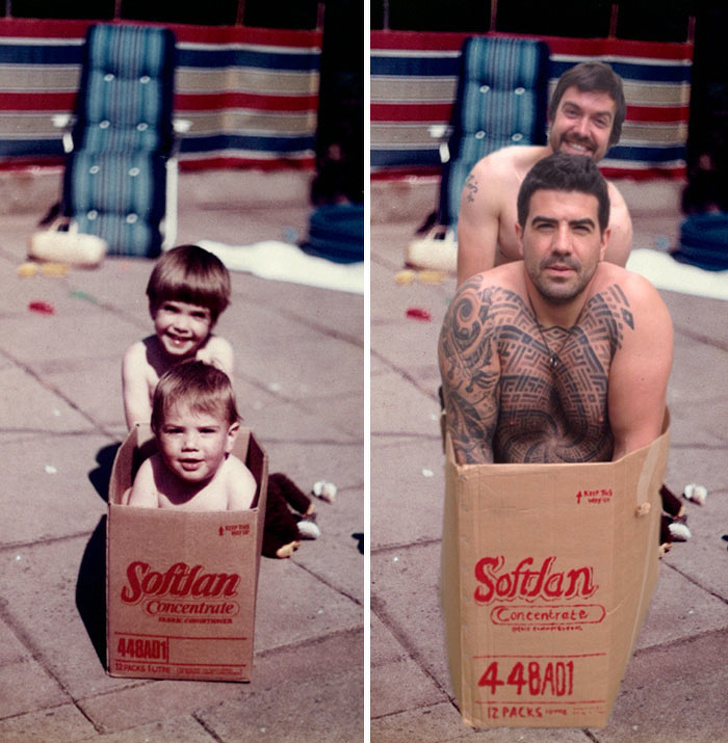 #8 The same person and the same swag. 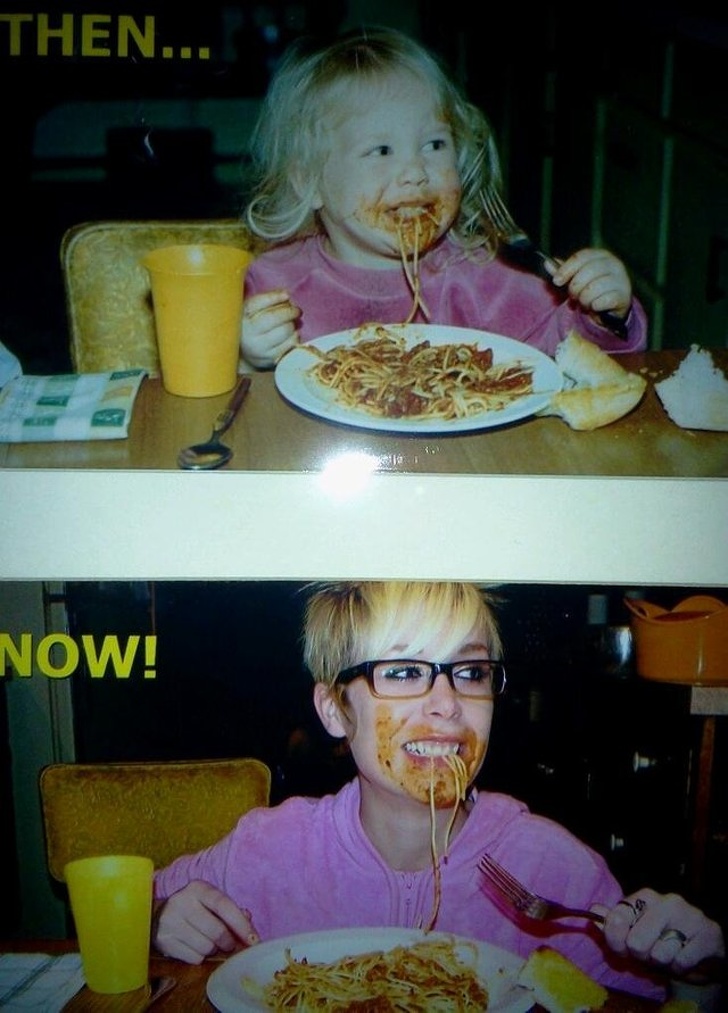 #10 Youngest brother had and still have a lot of questions... 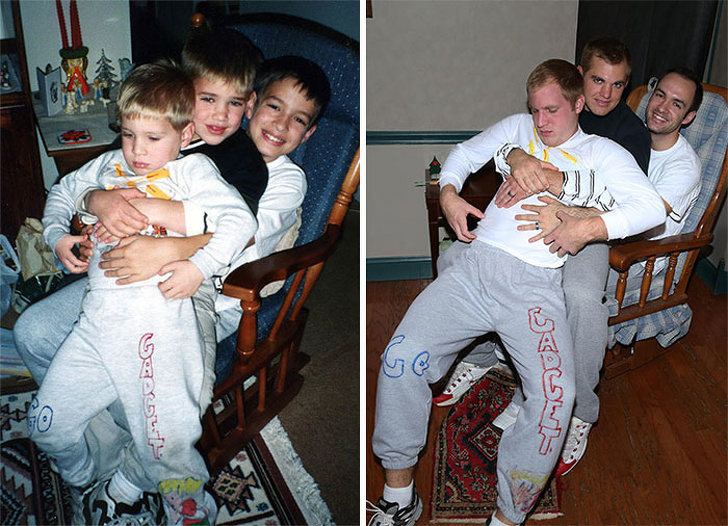 #11 I have a tattoo and still love to poke my nose! 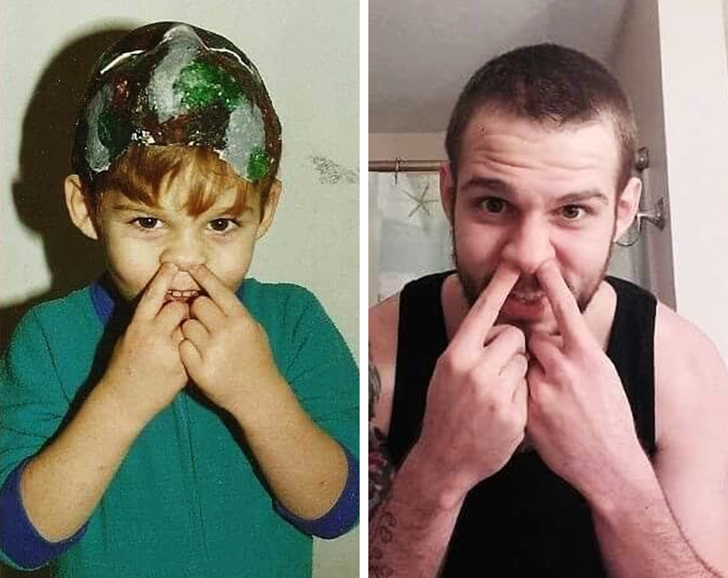 #12 Lil bro don't remember what he was doing. 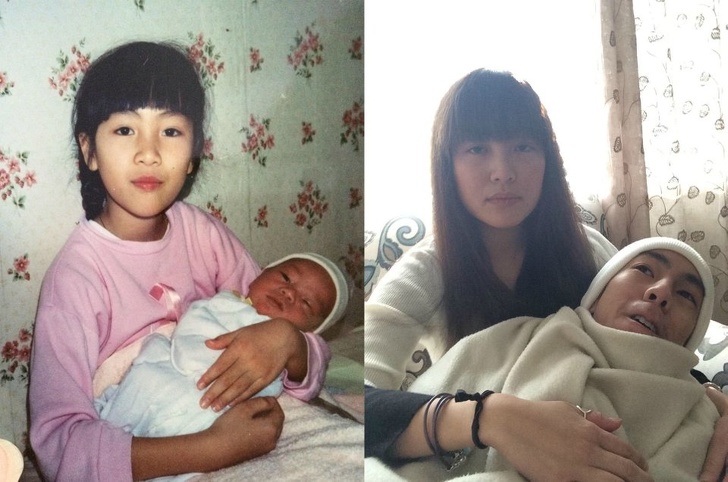 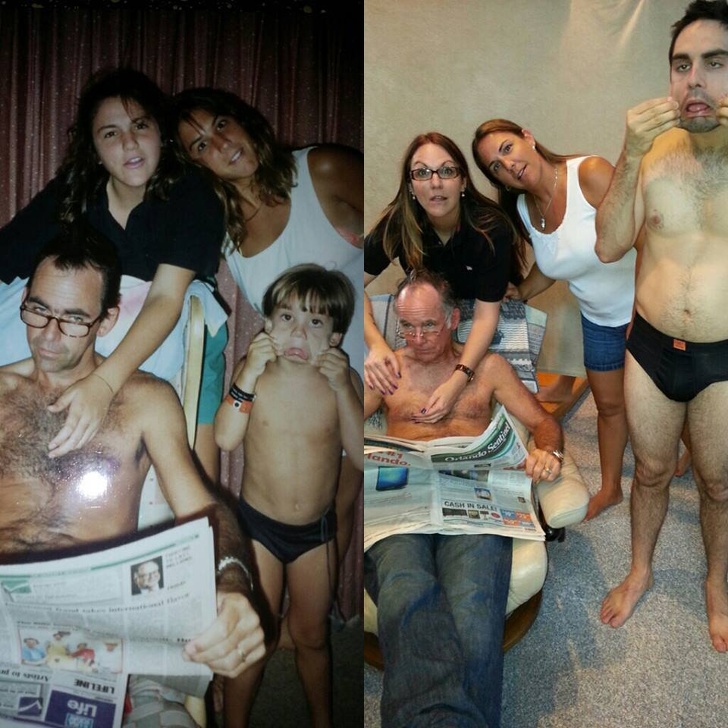 #14 Legend says the photographer is still trying to get them all look at the right direction. 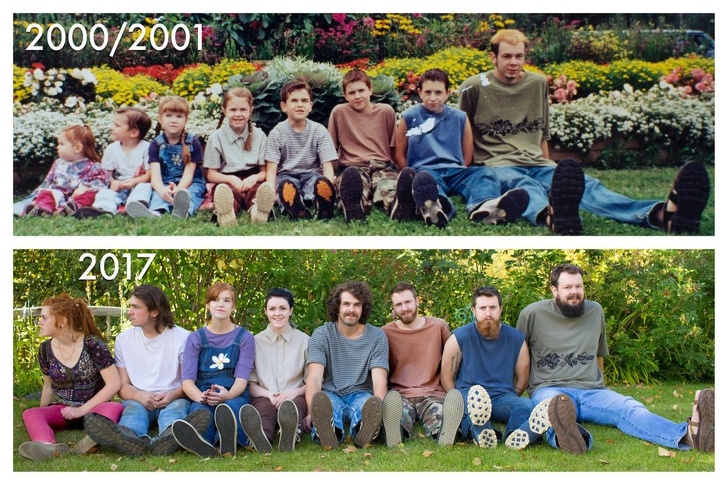 #15 We thought he was going to bury that picture, but he was brave enough to face it! 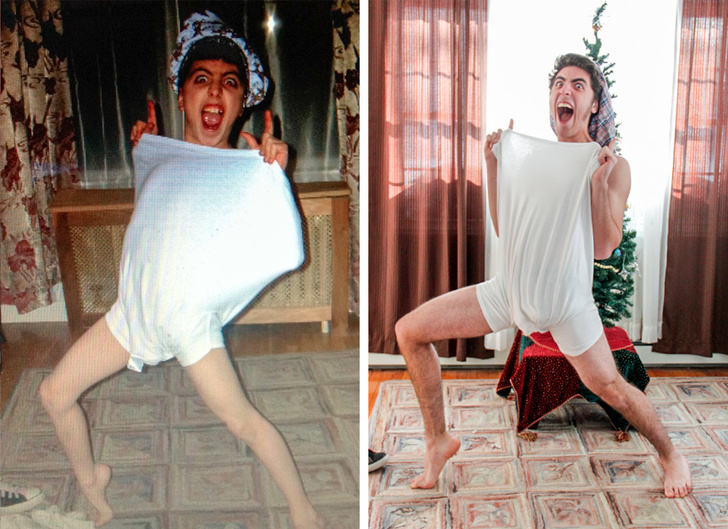 #16 Veterans from Vietnam enjoying their old days, just like how they used to. 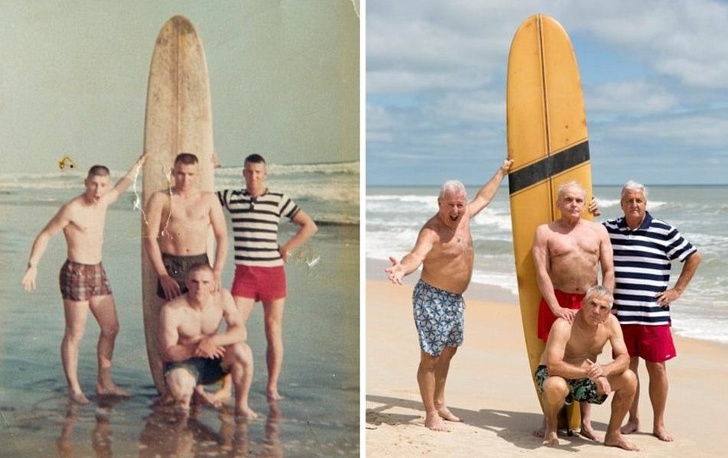 #17 That moment when the container was too small and it still is. 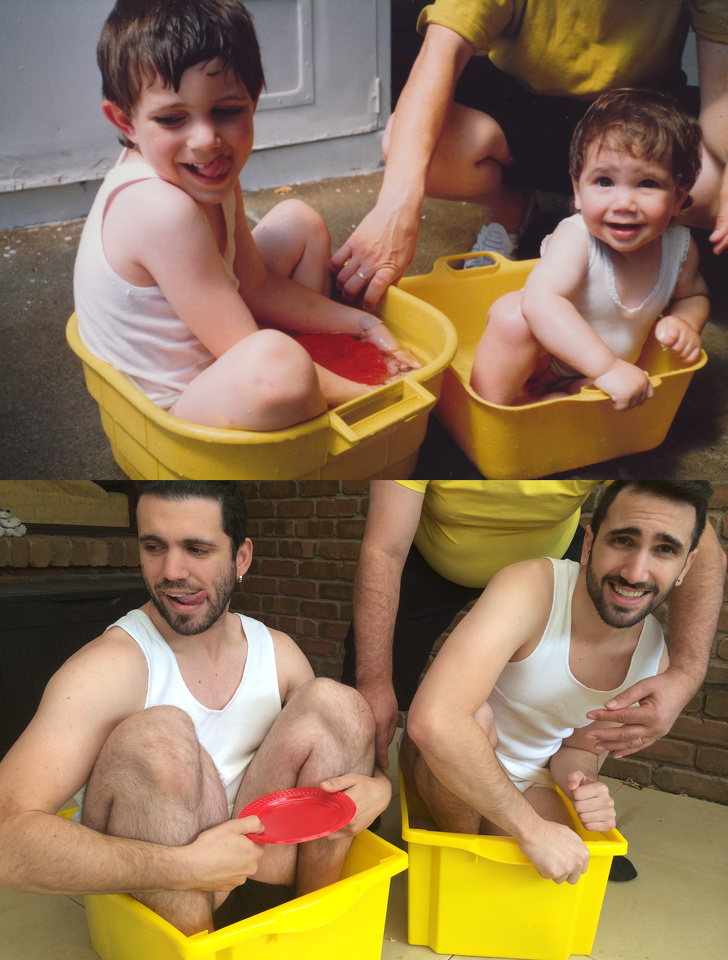 #18 Yeah, from so many pictures, they chose when dad is bathing the baby. 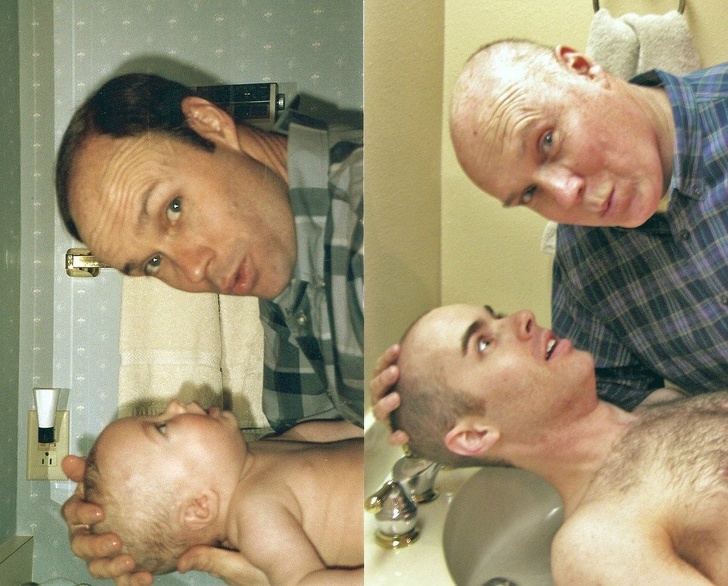 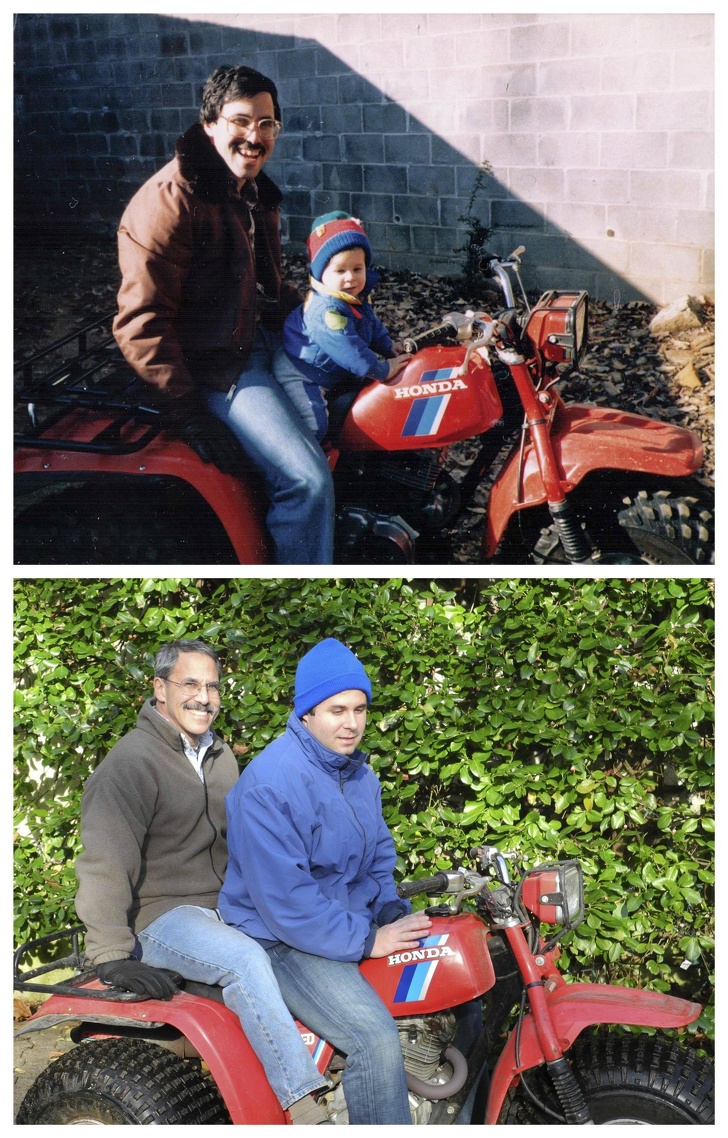 #20 Pretty sure we all have a lot of questions. 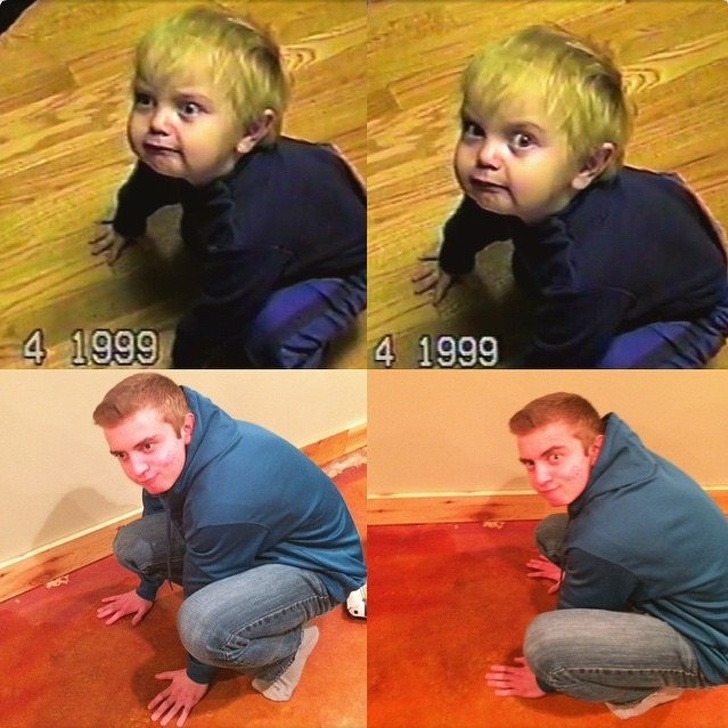 #21 That boy pouring the water looked happy. Now, he's so lost with what he's doing. 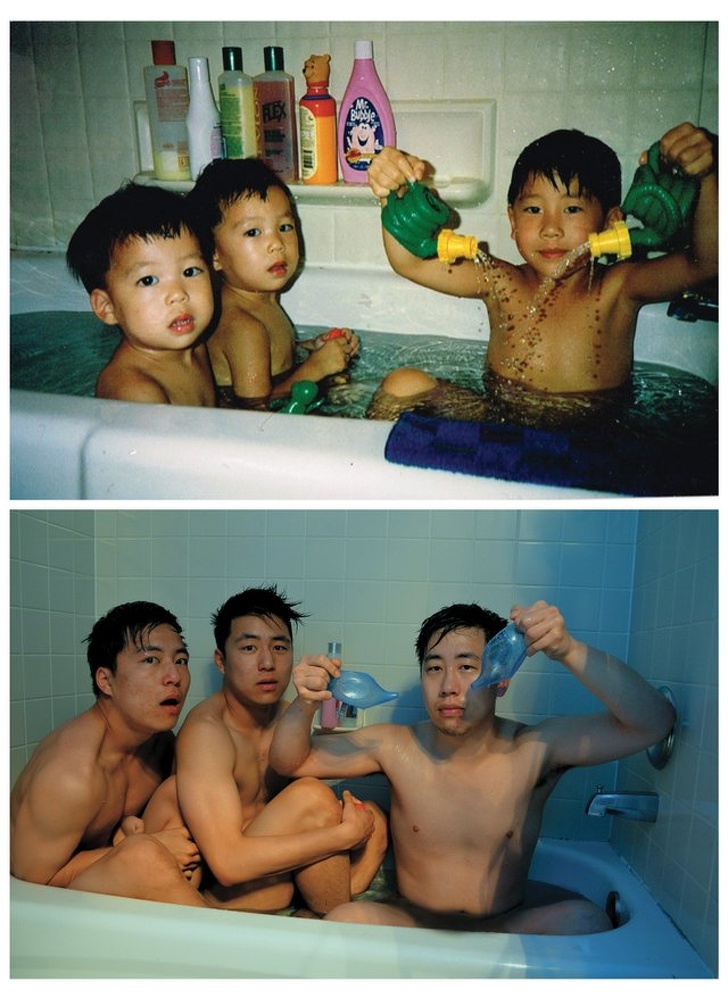 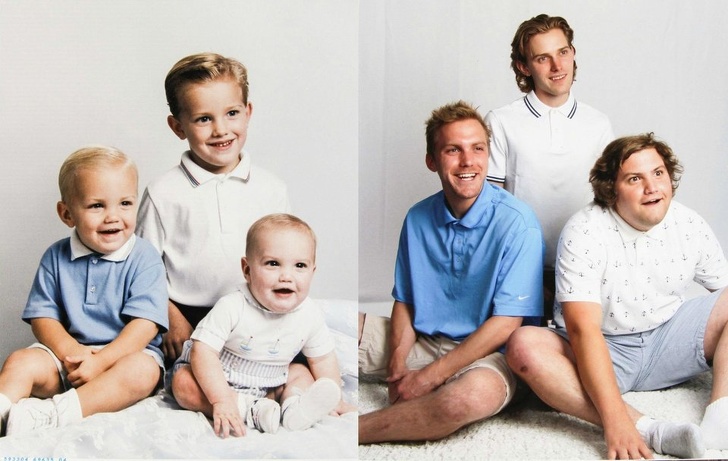 #23 Aren't they glad they didn't have mud on their faces as well? 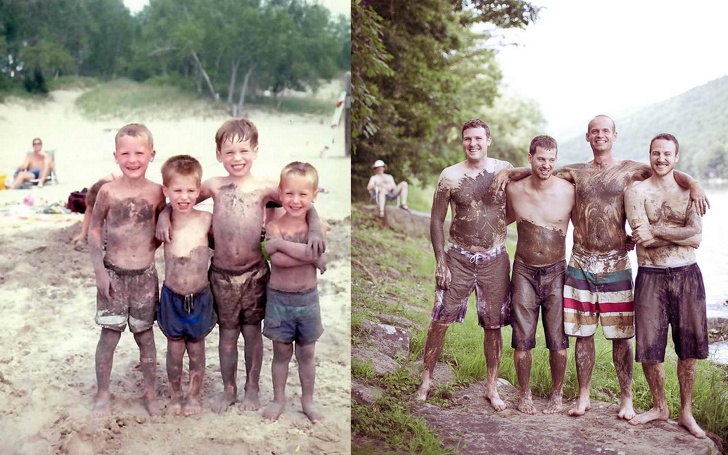 #24 Can't even begin to comment on how similar these pictures are. 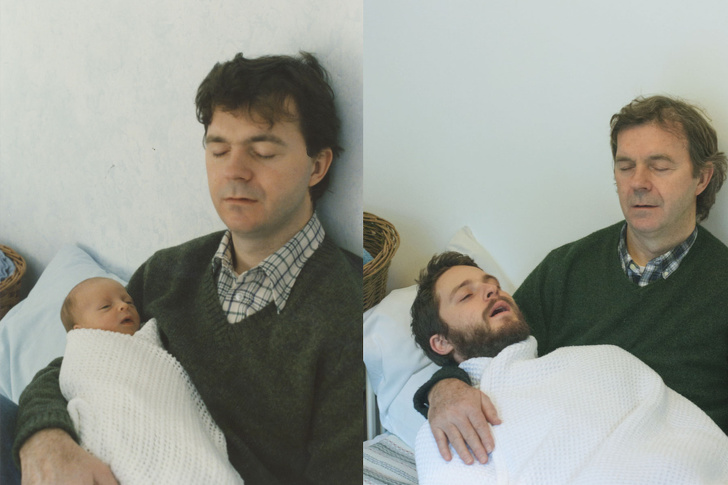 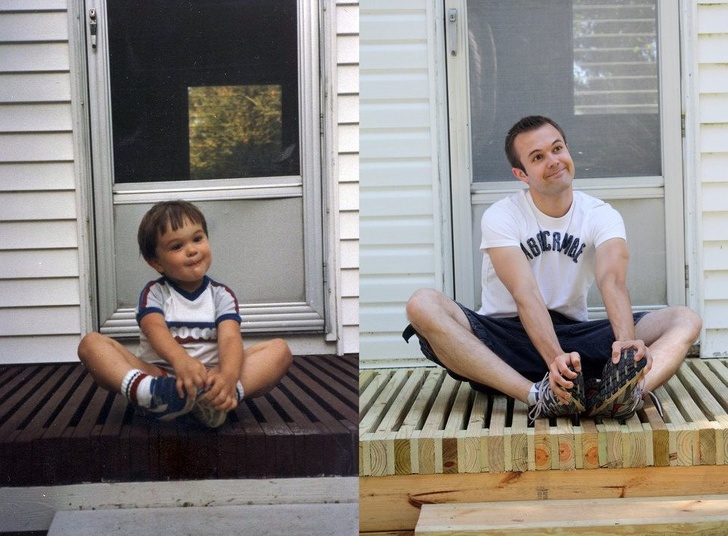